In this guide you can find the best weapons and attachments in Aliens: Fireteam Elite. Ranking goes from best to worst.

There are a great deal of weapons you can use to blast apart the Xenomorph crowds in Aliens: Fireteam Elite, here are some of the best ones.

When it comes to fun boomsticks to utilize to blow apart the shrieking Xenomorph hordes, Aliens: Fireteam Elite has a lot of enjoyable and lethal toys in its box to have fun with. So far, there are 26 guns in the game, 8 of which require to be purchased from the Requisition Officer, and they’re broken down into four various types: Heavy, CQC, Rifle, and Handgun.

Each class has access to its own distinct set. For instance, the Demolisher can use Heavy and Rifle type weapons, whilst the Tech can only generate a CQC and a Handgun. It’s a fascinating way of splitting up the rather enormous list of weaponry that’s on show and it incentivizes you to switch in and out of various classes to try each new weapon you open. Although it can appear a little overwhelming as there are a lot of great guns to select from, here’s what’s typically thought about the best weapons to use in Aliens: Fireteam Elite.

Another classic from Aliens, the Smartgun is known for three things: firing very fast, having a large magazine capacity, and essentially aiming for you. This gun unfortunately struggles on higher difficulties due to max ammo penalties and low damage per shot. Also, you will never hit a weak point unless the enemy is basically aligning its head with the center of your reticle.

A weapon that can be equipped by both the Technician and the Gunner Classes, the Type 99 Incinerator is a flame-spewing monster that’s perfect for close engagements and clearing out cramped corridors.

Available from the Requisitions Officer, the Type 99 Incinerator is a futuristic-looking piece of Weyland Yutani tech that hits as hard as the Heavy type Flamethrower the Demolisher Class uses. It also has 100 rounds more than its larger cousin as it sits at a Max Ammo capacity of 400 and it puts out a respectable amount of damage of 870 per hit making it a great CQC weapon.

Has a low maximum range but deals a lot of consistent damage.

The M10 Auto Pistol is worth mentioning because it’s a gun that’s usefulness is hotly contested in the Community, with some praising it and others considering it an ammo-eating waste of time. Nevertheless, it’s quite the DPS demon in disguise that can shred through the health bars of Elites given the right upgrades.

The biggest selling point of the M10 Auto Pistol is the fire rate, at 28.7 it’s perhaps the fastest firing weapon in the game. Its high Magazine Capacity of 40 rounds per clip and 89 points of damage per shot makes it handy for spraying out damage into clumps of Aliens or for shredding the tough armor of Elites like the Charger Xenomorph or Heavy Synth.

Fires extremely fast, has horrendous stability and accuracy, but shreds things that get close.

If you want a good replacement for your pistol then you can’t go wrong with the Kramer Short-Barrel. This handheld Riot Gun kicks like a mule and can be more useful than the other Shotguns in some situations.

Each pellet from this pistol-shaped blaster packs a decent hit of 122 points of damage and its fast fire speed allows for fast shredding of Aliens leaping from the shadows. It’s also good for pouring damage into Elites as it has does a bonus 150 percent Weak Point Damage and its Stumble Chance of 50 percent means anything that charges in will comically fall on its ass in a shot or two.

Much lower magazine capacity, max ammo, accuracy, and stability than other shotguns, but has a higher fire rate and a comparable reload time. Reloads shells individually.

If you ever want to feel overpowered in Aliens: Fireteam Elite then it’s highly recommended you bring along the M12A1 Rocket Launcher into a Mission. This heavy-looking chap is quite the problem solver and it can turn any horde into a steaming mess of acid and body parts in no time at all.

Unlocked by purchasing it from the Requisitions Officer, the M12A1 Rocket Launcher is a fast-firing artillery piece that can clear out swarms with ease. Each rocket puts out 1131 points of damage, and although you only get three rounds per magazine, its quick reload time and generous Max Ammo capacity of 30 rockets means you can put out a lot of damage pretty fast.

It shoots an explosive rocket in a straight line. It effectively has infinite range and always deals full damage, but everything besides its range and damage is very low in comparison to other options.

If you’ve ever wanted to just use something that continually sprays out shells at a ridiculous rate then the Type 21 Tactical Shotgun would like a word. This high-tech blaster may seem like a plastic toy, but don’t let it fool you as it’s quite the Xeno shredder.

Faster firing and quicker to reload than a pump-action, The Type21 Tactical shotgun’s DPS may be slightly lower but what it lacks in damage it makes up for with higher accuracy and lower recoil. With a base hit rate of 77 per pellet, a Weak Point Damage Bonus of 150 percent, and a Stumble Chance of 20 percent, it’s great for whipping out when the swarms get close or focus firing on Elites that try to charge you down.

Fires very quickly compared to most other shotguns, and uses a magazine rather than individual shells.

There isn’t a great selection of pistols to equip in Aliens: Fireteam Elite, but the best of the bunch is the Kramer .50 Magnum. This heavy hand cannon hits harder than a Pulse Rifle and can take down Xenomorphs in two hits, one if it’s in the head.

Its starting base damage stat is a surprisingly high 418, and it packs a Weak Point Damage Bonus of 250% making it quite the Critical Hit monster in the right hands. Reload times are relatively quick and despite its low magazine capacity of just eight rounds per clip, its stumble chance of 75 percent per shot makes it great for quickly subduing Xenos that get the drop on you.

Unlocked right from the start, and the first weapon any budding Technician is introduced to, the M37A3 Shotgun is a pump-action beast that shreds anything that gets too close. It’s a formidable piece of kit that, like the Pulse Rifle, can see you through straight to the end credits with the right Weapon Mod tweaking.

When you first get your hands on this bad boy of a boomstick, you’ll find a nice starting damage base of 140 points per pellet. Although it has a low magazine capacity of just eight on top of a pretty slow reload speed, it makes up for these shortcomings with a Stumble Chance of 25 percent. It’s one of the best shotguns in the game as it reliably puts out a powerful punch per shot and its tubular magazine allows for some interesting elemental mods to be equipped, making it quite versatile.

Features high damage, a decent magazine capacity for a shotgun, and a very fast reload. Shells are reloaded individually, allowing you to fire before a full reload is completed.

If you enjoyed using the Pulse Rifle but wanted something that could put out more bullets per minute then the L36 Halberd may be just what you need. Although not as strong as the Pulse Rifle, the Halberd makes up for it with a higher rate of fire, lower recoil, and better accuracy that can be increased further with attachments.

It has a respectable damage output of 87, with a rapid-fire speed of 12.9 and a quick reload speed of two seconds. Mags come in starter sizes of 50 rounds per clip and this can also be further boosted with custom mags equipped through the Weapon Loadout screen. It’s a gun that’s great for pinning down Elites or focus firing Specials that like to sit and fire ranged attacks from a distance like the Xenomorph Spitter or Synth Sniper.

Fires slightly faster than the Pulse Rifle, but does less damage and has a lower magazine capacity. Best at medium to close range.

It wouldn’t be an Aliens video game unless it had the iconic Pulse Rifle. Sounding exactly as it should with its classic short staccato braying, it’s a solid damage dealer that can carry you through pretty much the entire game, as long as it’s upgraded with the right Weapon Mods.

Its base stats are pretty impressive as well as it boasts 104 points per hit at a dependable rate of 10.5 resulting in a steady spray of bullets that can put down most elites within one or two magazines. It also comes with a handy 15 percent Stumble Chance which means targets have a chance to trip and fall, letting you get in some punishing shots when they’re down. A great gun to have as a main weapon or a backup, the M41A2 Pulse Rifle comes highly recommended.

The iconic weapon from Aliens. It fires fast, does decent damage, and has reasonable accuracy and stability. It functions best at medium to close range.

In this section you can find the best attachments of the Aliens: Fireteam Elite.

Description: It does a little bit of everything not very well!

Description: Extra fire rate and stability, useful for guns that have decent fire rates such as DMRs or Launchers.

Description: Does a little bit of a few things for a little extra aim assist. I guess this is good if you can’t aim?

Description: Reload fast, shoot straighter. Decent for weapons with a lot of recoil.

Description: For fast firing guns with lower accuracy. This can pair well with the M37 Shotgun on Recon, where you can increase your accuracy to a point where your spread is drastically lowered.

Description: Handling is sort of a weird stat for larger weapons, I feel, but this could speed up targeting Elites when you swap to your big gun and need to ADS.

Description: Great for weapons with lower Accuracy that still want to try to hit Weak Points. Like Machine Pistols!

Description: A little more Zoom Magnification than I’d like, but this is a potential game changer for Recon, as if it reveals enemies that get oneshot by a headshot before they actually die, this means headshotting weak enemies reduces cooldowns using one of the Recon perks. 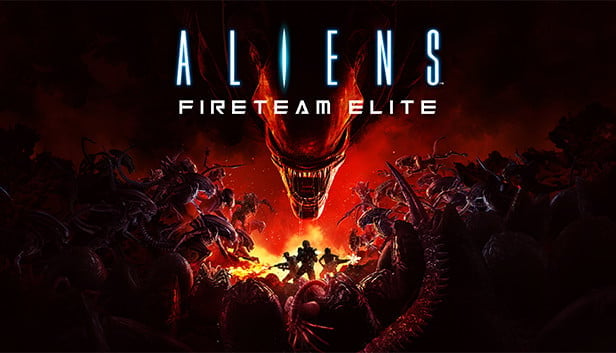