You can’t start shooting aliens, exploring planets, and discovering artifacts until you start a new game. But if you’ve never played, where do you start?

You’ve got to choose just 3 things: what you look like, what class/skill combo you have, and which ship you fly.

You and Your Face 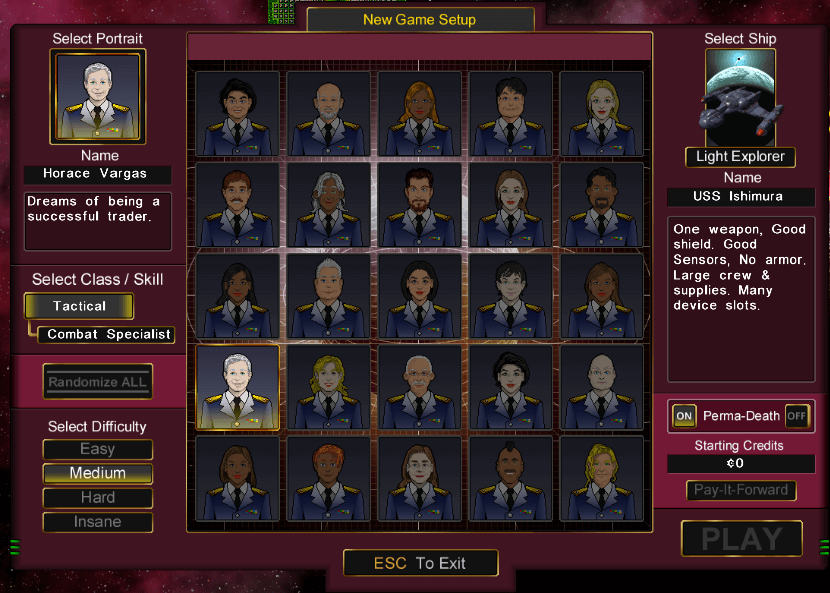 This is the face you’ll be wearing in this game of Approaching Infinity. Choose it wisely. Or don’t. It has absolutely no effect on gameplay. You will be treated with an interesting factoid about the person you pick.

OK, no big deal there…

Now this is important. 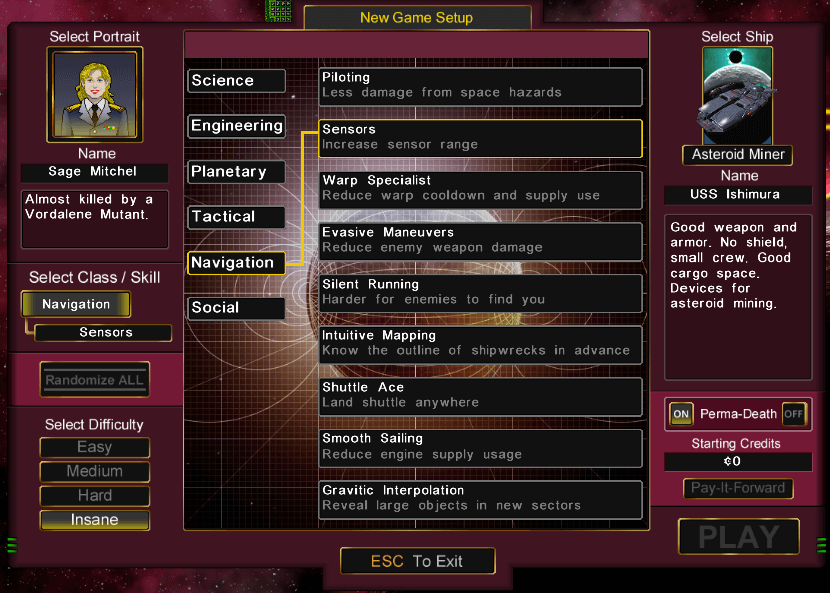 Are you an engineer, a navigator, or someone more combat oriented? How do you want to play the game? Now is the time to decide.

You start with 6 class options: science, engineering, planetary, tactical, navigation, and social. Each one of those has 9 skills to choose from, so it’s really a lot to think about. I will list all the classes, skills, and their descriptions at the bottom of this guide.

Do you want to survey space to collect data? Choose a navigation officer with the ‘sensors’ or ‘gravitic interpolation’ skills. Are you going to be leading away missions? Then you might want to consider a tactical officer with the ‘combat specialist’ or ‘marksman’ skills, or even a science officer trained as a ‘field medic’.

If you’d like to be even more overwhelmed, there are also 4 other unlockable classes, with their own skill sets…

You’re going to spend a lot of time in your ship, so pick the one that’s right for you. 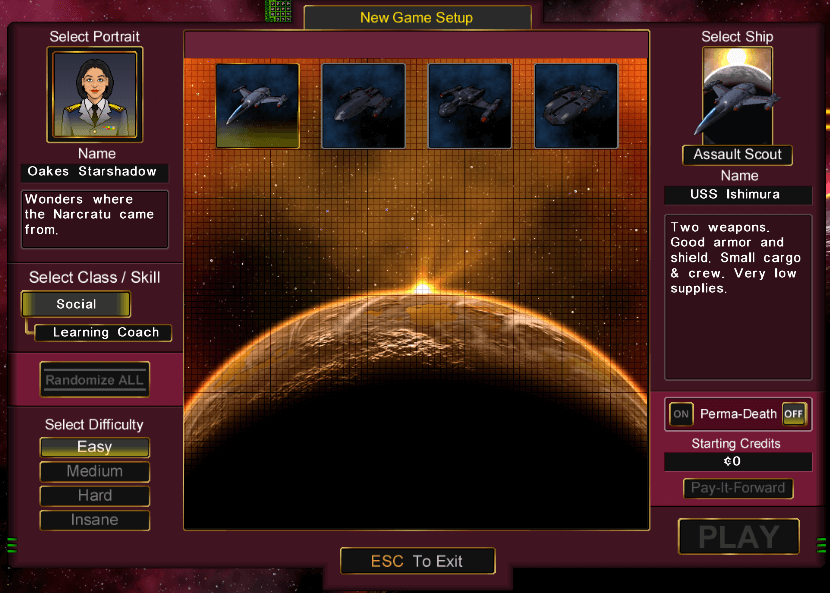 When you start playing Approaching Infinity, there are only 4 ships to choose from. Later you will have more (there are a total of 20, 16 of which you can unlock just by playing).

The assault scout is a good choice if you want to fight a lot of space battles. Its major drawback is having very little supply storage. You need to make sure you know where the space station is in this one!

The trader has lots of cargo space, and is pretty quick. It even comes complete with a load of commodities to sell at the first space station you encounter. It’s not built for combat though, and doesn’t even start with a shield. The main idea with this one is to fly between the different sectors, buying and selling commodities like food, ore, and microchips. Not a very good first game ship tbh.

The explorer has good cargo space, sensors and shields, but no armor. It is very good at equipping special devices (it can fit four). It also has a large crew for lots of well-manned away missions.

Lastly, there is the asteroid miner. It gets a lot of bonuses for … mining asteroids! It even comes with a ‘rock plow’ which lets it dissipate dense asteroid fields that most ships can’t penetrate.

Keep in mind your class and skill choice, and go back and modify it if you want after picking your ship.

Other Stuff You Can Do…

Change your captain’s name, or the ship name by clicking them. Type what you want in the text box. Press enter. New identity confirmed!

Borrow from Pay It Forward. There is a system where you can donate some of your in-game money (minus a service fee) to future runs, but you have to get to sector 5 to do it. With this, you can start a new game with extra money.

Turn off perma-death. WHAT?! Yep. You can turn off perma-death, but it also disables achievements and the ability to donate to Pay It Forward. But so what! Now you can play the perfect run. Except: if you get yourself into a situation where you keep loading the same inevitable death over and over again, don’t blame me. You got yourself into that mess! 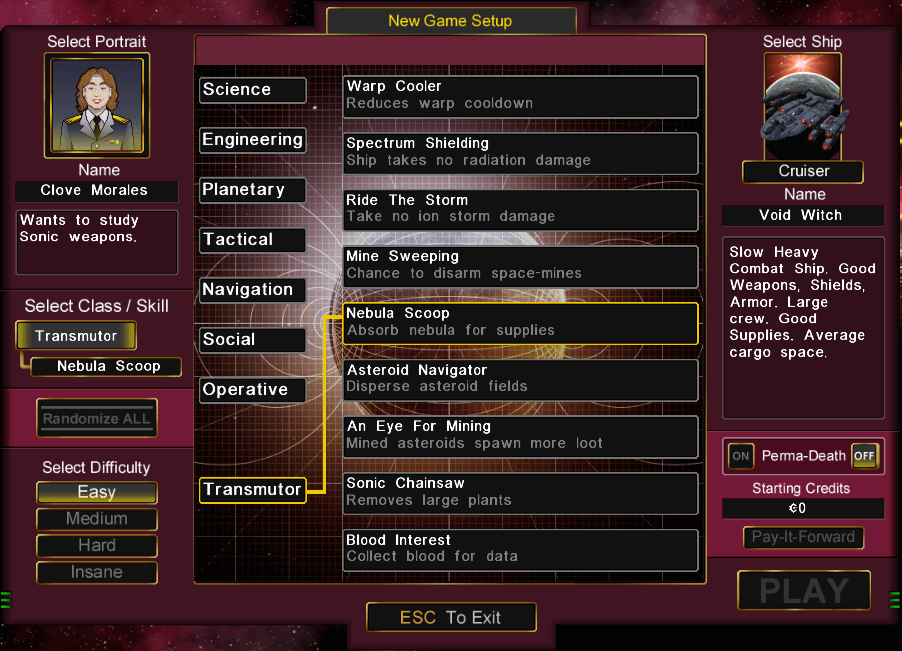