Welcome to our Back 4 Blood Melee Build Guide. If you do, it’s time to take an axe to the horde with this melee build.

Tired of running out of bullets and getting overwhelmed by hordes? Tired of runs ending because your teammates are all down? Feeling of dread as you wander around the map alone knowing that the run could end at any second?

Become the beefiest boy in town and make the Ogre jealous with both your damage output and your tankiness.

Best Cleaners for this build (In order): Holly, Evangelo, Mom

Evangelo: Stamina Regen, Move Speed and Re-usable Breakout. Best if you find yourself getting pinned a lot or like to move further in front of the team.

Mom: Extra Life and Instant Revive. Good if you find you or your teammates going down a lot.

Start with a Bat and get a Machete if you can. By the time you reach Mean Drunk, you should have an Axe or a Hatchet.

First 2 cards: Battle Lust and Down in Front

The core 5 card’s main intent is to allow you to be effective even when you’re out of stamina. Make sure to never jump into the fray without any stamina or Berserker stacks. You will be downed in these situations unless you can quickly swap to your primary to get stamina from Adrenaline Fueled.

Next 5 cards are: Face Your Fears, Body Armor, Meth Head, Vanguard and Numb.

As you can see from my card selection, I am prioritizing building tank and stamina first before damage. At this point you are going to start seeing more horde triggers and special infected. Your teammates are going to need sufficient space and ammo to effectively take down those first. By being able to stay in the front longer, you can help your teammates conserve their ammo and give them space to aim properly.

The last 2 slots are up to you. I prefer running Motorcycle Helmet and Batter Up as they buff my damage and health with minimal drawbacks.

Melee players are the frontline of the team. You determine how far the team moves up and which chokepoints to hold. You should be the target for all the damage and Special Infected abilities. And when the team starts getting swarmed, you are in charge of re-establishing the space needed for the shooters on your team to reorient themselves (i.e. Jim).

Common infected on Veteran are no joke. If the shooters are swarmed by common infected while reloading, they can quickly go down. This is the reason that I keep emphasizing chokepoints. The reason that chokepoints are avoided is because there is no space to avoid Special Infected if they break past the frontline and into the room your team is holed up in. Reekers are also a problem as it is difficult to avoid their toxic goo when trapped in a room. However, being outside is an even bigger problem as there are too many angles for shooters to be aware of.

The AI director loves to spawn Ridden behind you. And in the chaos of a horde, common Ridden can get a lot of hits off before you realize it’s coming from behind. Additionally, being outside leaves you and your team vulnerable to Hockers and Stalkers. You can end up with multiple pinned teammates within seconds if you do not prioritize taking them down (which is difficult during hordes as your movement and vision are limited).

With chokepoints, the person in the front is usually the person who is getting hit and getting pinned. Chokepoint also limit which direction infected can come from, allowing shooters to quickly switch between targets and focus fire. Don’t underestimate the damage from combined fire. Even with no weakspot hits, enemies can go down quickly in a hail of bullets (especially if Jim has his passive stacked). For Reekers, it’s all about chokepoint selections. Reeker goo can only spread to areas that it can see. That is why chokepoints in narrow corridors are death sentences. Make sure that there is space next to a doorway.

Here is a detailed example (it’s great, I know):

By positioning yourself in this way, you can create a blind spot where the Reeker can’t hit. If the door breaks, you could always move towards the wall next to the doorway.

Once you get to Mean Drunk, you could pretty much instantly kill any Special Infected that comes through the door.

Remember, Veteran difficulty is all about slow and steady. The more hordes you trigger, the more Special Infected will spawn. The worst thing to do during a horde if no saferoom is nearby, is to stand out in the open. Use the terrain to your advantage. You will need all the advantages you can get as Veteran is significantly harder than Recruit, especially when there is friendly fire. 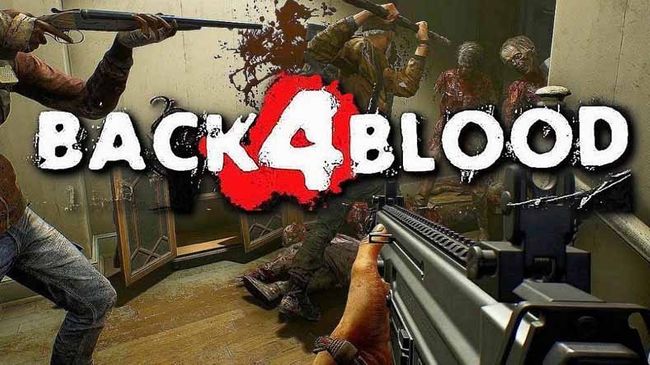