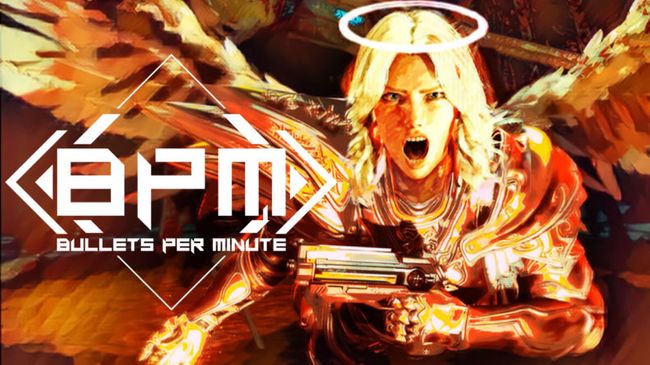 Why does your game look less deep fried?

In the video options you can turn down the saturation. I sometimes leave it at 100% sometimes I go down to 50% but if you do I mostly recommend it for the first two stages

BPM can be a bit hard at the beginning so here is a few tips:

Though most importantly you need to get a feel for the music and the beat and you are only going to obtain that by playing.

If you are currently not in combat hold LSHIFT to run which is a bit faster than dashing all the time and good for backtracking.

The two main shops are:

This happy little bird sells anything from health,armor and max hp ups to sometimes even items if you possess enough coin. He also has the cutest music.

This guy exclusively sells weapons. They are usually quite better or on par with your starting pistol so I highly recommend it.

How to obtain loot

Everytime you clear a room you will be rewarded with a chest. The chest can have gold, keys or health ups. There are however other ways to earn rewards starting with:

Combat rooms allow you to play the same room multiple times to get increasing rewards. These tend to be a bit more difficult then the average rooms so I wouldn’t exactly recommend it to a beginner to do it more than two times.

These shrines give you the opportunity to sacrifice health to gain coins or keys.

Golden Chests can only be opened with a key and contain a guaranteed item. For those familiar with The Binding of Isaac they pretty much function the same way.

To get into the library you require a key. Once inside you will gain an active Ability on your E, some of them need charging time some of them do not.

Side bosses are smaller bosses that are usually quite easy compared to the rest of the rooms. You can focus on just one target which is nice.

The first boss is not that difficult once you figure out his pattern. Though I highly recommend you figure it out on your own because that is the most satisfying thing to learn about this game.

This thing has 4 high damage rounds. You need 3 half beats to reload it and it has a very satisfying sound design.

This minigun fires automatically with the beat and gets faster the longer you fire. It also has a triple reload.

Stats and Abilities (In Progress)

To See your Stats Press TAB

How to Gain Stats?

Sometimes you will find these statues. Offer them a coin and you will gain a stat increase!