Welcome to our Core Keeper Hive Mother How to Kill guide. This guide will show you super easy Hive Mother killing.

Drawn towards a mysterious relic, you are an explorer who awakens in an ancient cavern of creatures, resources and trinkets. Trapped deep underground will your survival skills be up to the task?

Mine relics and resources to build your base, craft new equipment, survive, and power up the Core. Defeat giant monsters, discover hidden secrets, farm crops, cook new recipes and explore a procedurally generated underground world in a mining sandbox adventure for 1-8 players.

Delve into living biomes and fight cavernous creatures in a vast subterranean system. Scour the dark world around you and encounter the behemoths of the underground. Defeat them and take the spoils of victory to help uncover the mystery of the Core.

Customise your character and craft new items, armour and equipment to venture further into the caves. Craft a pickaxe to mine walls and resources, build bridges to cross underground lakes, and place torches to light up the profound ever-present darkness. 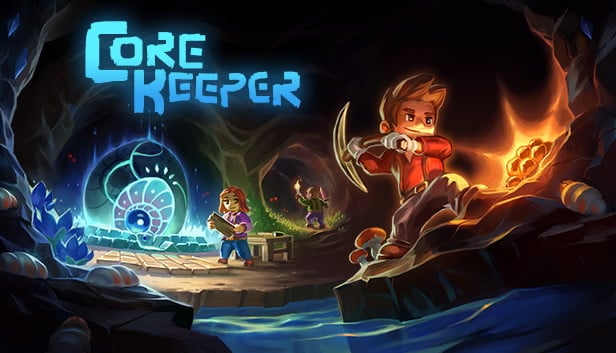