Rockstar has recently released their take on the battle royale genre in Red Dead Online with the new 32-player game mode, Gun Rush. This mode mostly sticks to the core battle royale formula, only there are less players to battle on Gun Rush’s continuously shrinking map than the genre-standard 100 players. As the name suggests, Gun Rush also features guns, making it different from the Make it Count game mode released at launch that only allowed melee weapons and bows.

How to Play Gun Rush

If you’re just learning about Gun Rush now, you’ll want to know how to play the game mode before diving into your first match. To play Gun Rush, simply access the mode via the main menu. There will be two options available, one for teams and one for solo play. During Free Roam, you can queue up for Gun Rush by bringing up the Online menu (left on the D-pad) and selecting Quick Join. 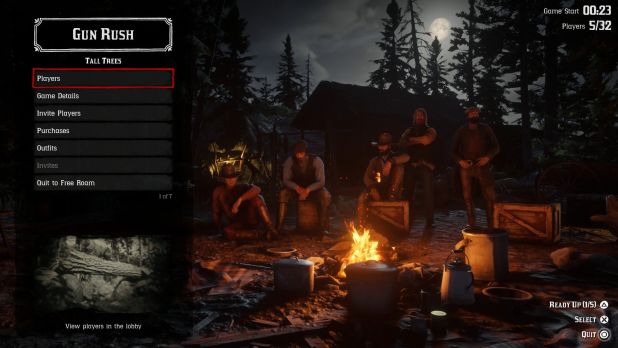 We’ve wrangled up a few gameplay tips to help newer players get a head start in Gun Rush mode in Red Dead Online.