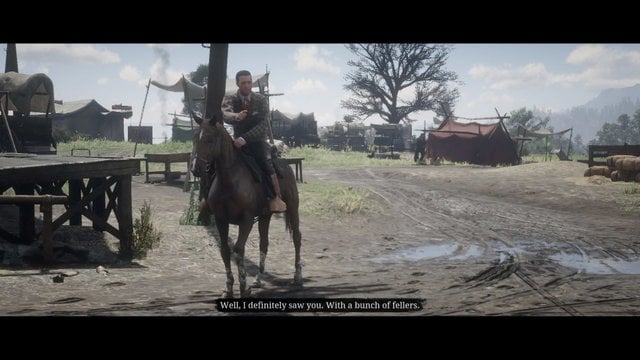 Once outside, a man on a horse accuses you of being at Blackwater a while ago. You deny it, but he runs off, spooked. You’ll start the mission on a borrowed horse (remember to return it after the mission). Chase the man – he runs southeast.

Just make sure you don’t fall off your horse and you won’t fail, and you’ll eventually catch up to him. Because the man falls off his own horse and ends up hanging off the a cliff.

Helping him gains you honor, and you learn his name – Jimmy Brooks. Saving him makes you believe you to be a good man, and he gives you a nice steel pen. Arthur threatens him anyway, and Jimmy claims he has never seen him to try and get off the hook.