You need an Sea of Thieves islands with the name but you don’t find it, or you loose a lot of time ? Come here to find your island more faster !

Sea of Thieves Islands and Coordinates

Islands are the main locations in Sea of Thieves.

Islands serve a key role in the game, often having to be visited for many different reasons; whether its to find buried treasure via Maps and Riddles, catching Chickens, snakes and pigs roaming the place, or picking a fight with a known crew of skeleton pirates, there is no doubt that players will spend most of their time exploring the sea’s riches (and avoiding rivals too).

You can use the ship’s onboard Map to circle your desired location and sail there. However it takes some deciphering to match the island found on Treasure Maps and riddles against those on the atlas.

Each island hosts a unique set of characteristic landmarks and dangers which demand any embarking explorer to keep their wits about when wandering. Some of the larger islands may even host coastal defenses in the form of on-shore cannons, where Skeletons fire off cannonballs at any incoming intruders. In the Devil’s Roar, volcanoes and geysers that launch players into the air are a constant threat. 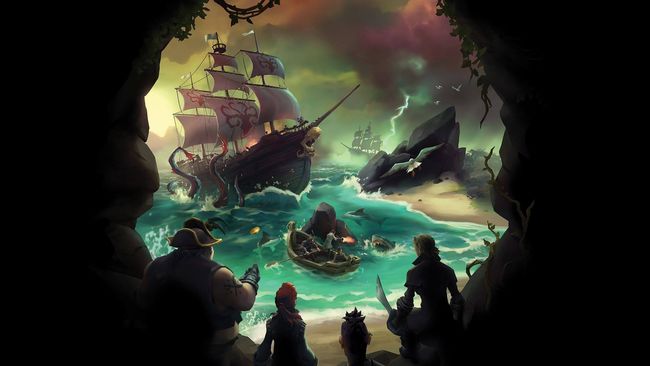