There are 7 stats in total which include:

Whenever a Temtem levels up, their different stats grow independently from one another and according to a formula that depends on three factors: Base Stats, Training Values (TVs) and Single Values (SVs). Stat totals are the outcome of all three of these stats combined. Lets talk about them.

The Base Stats of a Temtem are unique for each species, and are the main factor when determining how a specific stat will grow when leveling. Whenever a Temtem evolves, its Base Stats also change, which usually means that the Temtem gets stronger.

It is the equivalent of Individual Value (IV) in Pokémon. It represents the quality of each of the 7 attributes of your Temtem. They are uncontrollable factors that cannot be changed under any conditions, ranging in value between 1 and 50. The closer to 50, the greater the attribute of your Temtem (stronger). SVs are determined the moment you capture a Tem or it is born. By the crossover method, there are ways to manipulate the puppy’s SVs based on the parent’s SVs, but in general it takes luck to have a Temtem with high SVs. A Temtem with 50 of all SVs is considered perfect. Luma Temtem always have three maxed out SVs. Starter Temtem have fixed SVs. High stats appear in green, low stats in red.

Take a look at a Umishi with one SV: 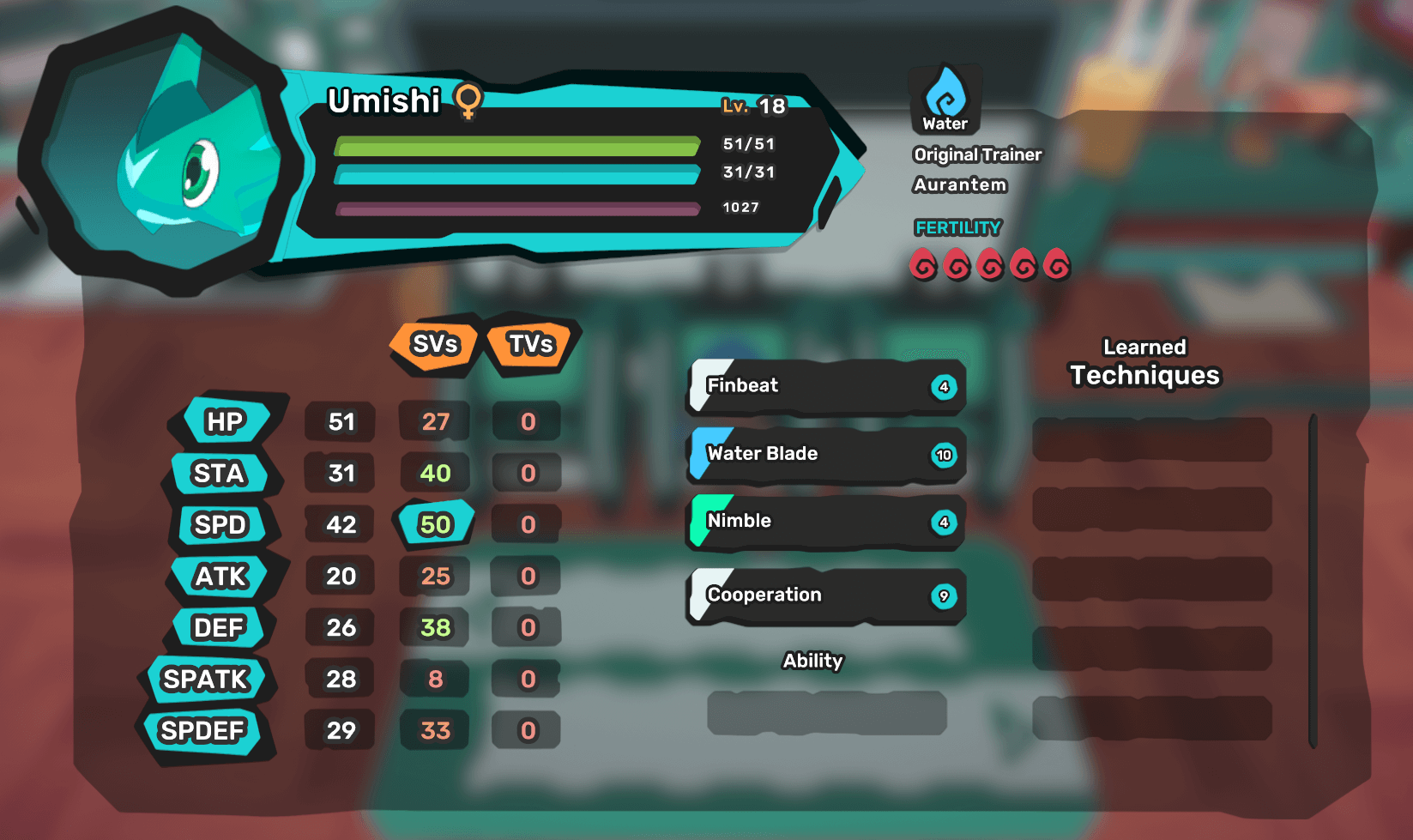 It is the equivalent of Effort Value (EV) in Pokémon. It is a controllable value that increases the attributes of your Temtem, added to the SVs. Training Values are given to the Temtem in one of two ways: beating wild Temtem (either by knockout or capture) or by feeding your Temtem special fruit items. The latter option also allows you to decreases your Temtems TV as well.. At most you can have 1000 TVs distributed among the 7 attributes, and a maximum of 500 TVs in a single attribute. It is basically an extra in the attributes of your Temtem. Having 50 SV and 500 TV in the defense attribute, for example, guarantees the highest possible defense value that your Temtem can have.

A Temtem’s Stat Total is the culmination of the three components mentioned above (Base, SV and TV). These are the actual numbers used in calculations during battle.

In battle, a Temtem’s offensive, defensive and speed stats may be raised or lowered as an effect of different techniques by up to 4 stages. This cannot be altered by switching out the affected Temtem. 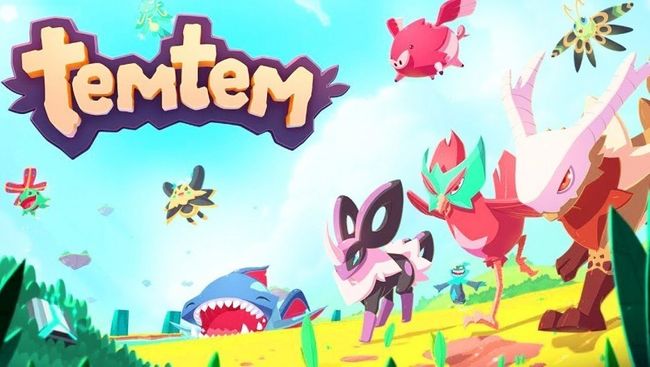