Welcome to our THE KING OF FIGHTERS XV Tips and Tricks guide. This guide will show you the tips you need to know in the game!

THE KING OF FIGHTERS XV Tips and Tricks

The King of Fighters XV is now out for everyone to enjoy, so why not take these 10 essential tips with you! Covering material that ranges from easy to advanced, a lot of what is in this video is absolutely critical to mastering KoF XV!

About THE KING OF FIGHTERS XV

Like its predecessors, The King of Fighters XV uses a fighting system involving teams composed of three fighters. The parry system also returns under the name Shatter Strike. It also reincorporates the common MAX Mode system where fighters can use stronger techniques once energy bars are filled. The game features a wide variety of online modes, including Ranked Match, Casual Match, Room Match, and Online Training.

The single button “Rush” from The King of Fighters XIV reappears and is updated to help newcomers perform combos and special/super moves easier. Destructoid compared it with a fully charged Focus Attack from Street Fighter IV. Shatter Strike was designed mainly as a defensive system but it can be used offensively when making use of guard points. It will also be adjusted as it is apparently quite strong in the demo.

In XIV, combos from quick activation were the main way max mode was used so the gauge consumption was increased from 1 to 2 to prevent players from being overwhelmed. Neutral state in XIV was not seen often so in XV attack power and guard crush are increased when neutral is activated. Since Max Mode activations in neutral were almost nonexistent in King of Fighters XIV, the developers are giving more incentive to players to not just use it as a combo extender. 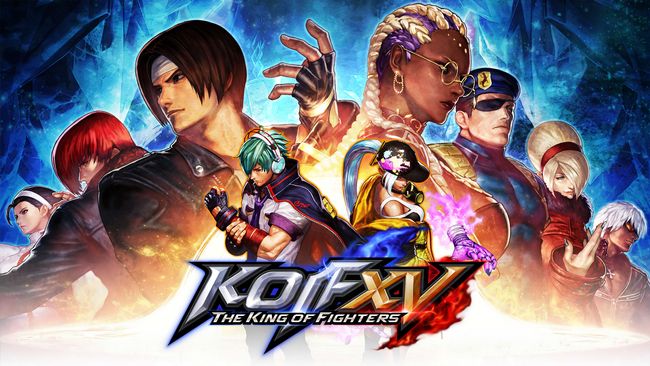