Anise is the Level 75 > 76 secret boss that you get to face post-game, after you complete the main story and do the Class 4 promotion quests given to you by Grand-Croix.

Completing the new dungeon and defeating Anise grants you access to New Game+, and clearing the Time Trial mode also awards you additional talents that can make an already easy game much, much easier. 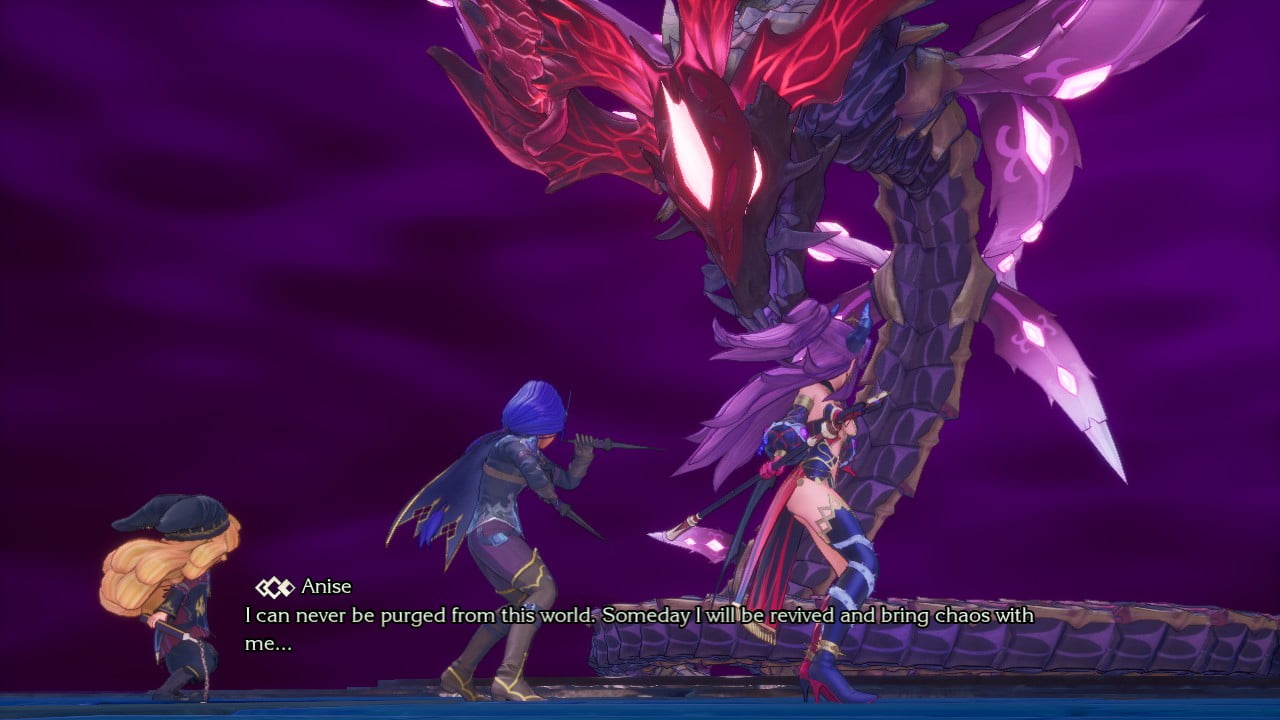 I’m running a Level 99 Angela that went Rune Seer > Spellbinder, but any reasonably geared Angela at Level 77 or thereabouts with the following set-up of talents, and decent gear should be sufficient. You basically want to make your spells hit as hard as possible (so minimally some Cheats and some Wound Magics). 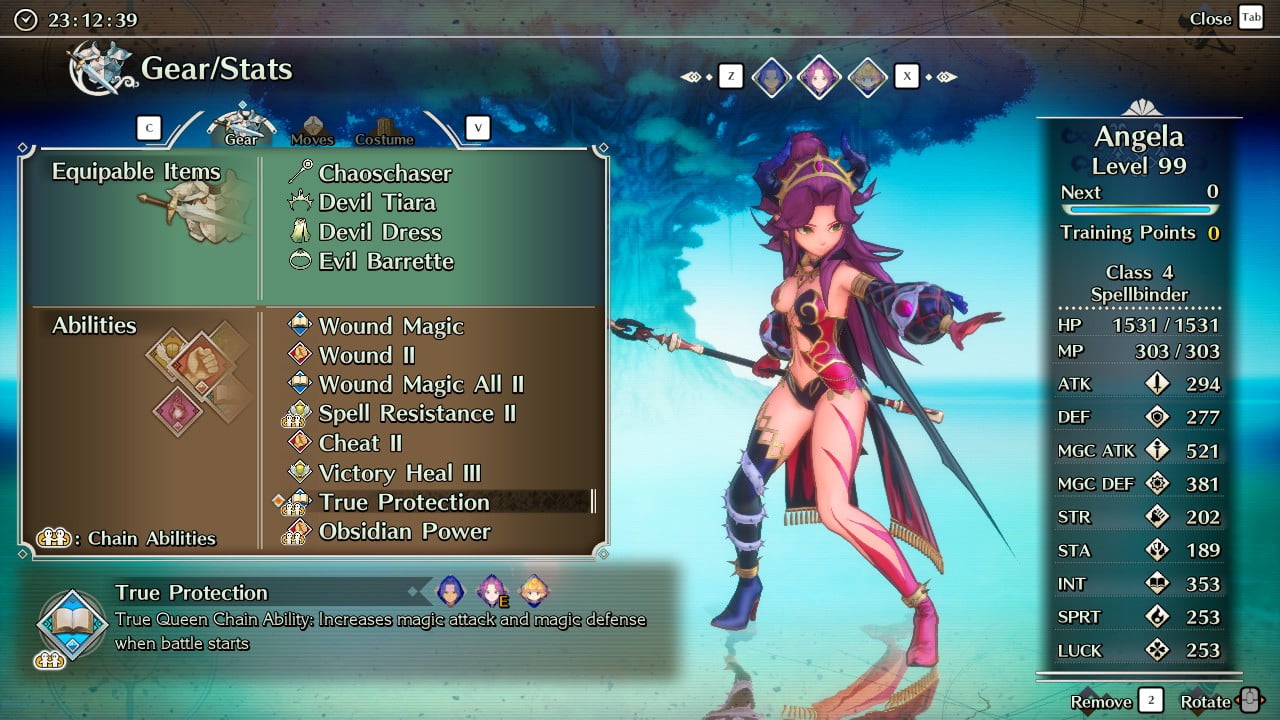 As you can see, I have Obsidian Power (Black Rabite Chain ability that reduces mana costs for moves to 0), which frankly trivializes everything in the game if you’re high leveled enough with Annilate spam.

It’s overkill, but if you want to pick this up, it’s from defeating the Black Rabite (Level 83) in Dark Castle. You can access this in the post-game using the Rabite statue at the Night Cavern entrance and going to the previously barricaded door that’s down the left corridor from the Gold Mana Statue you get ported to. 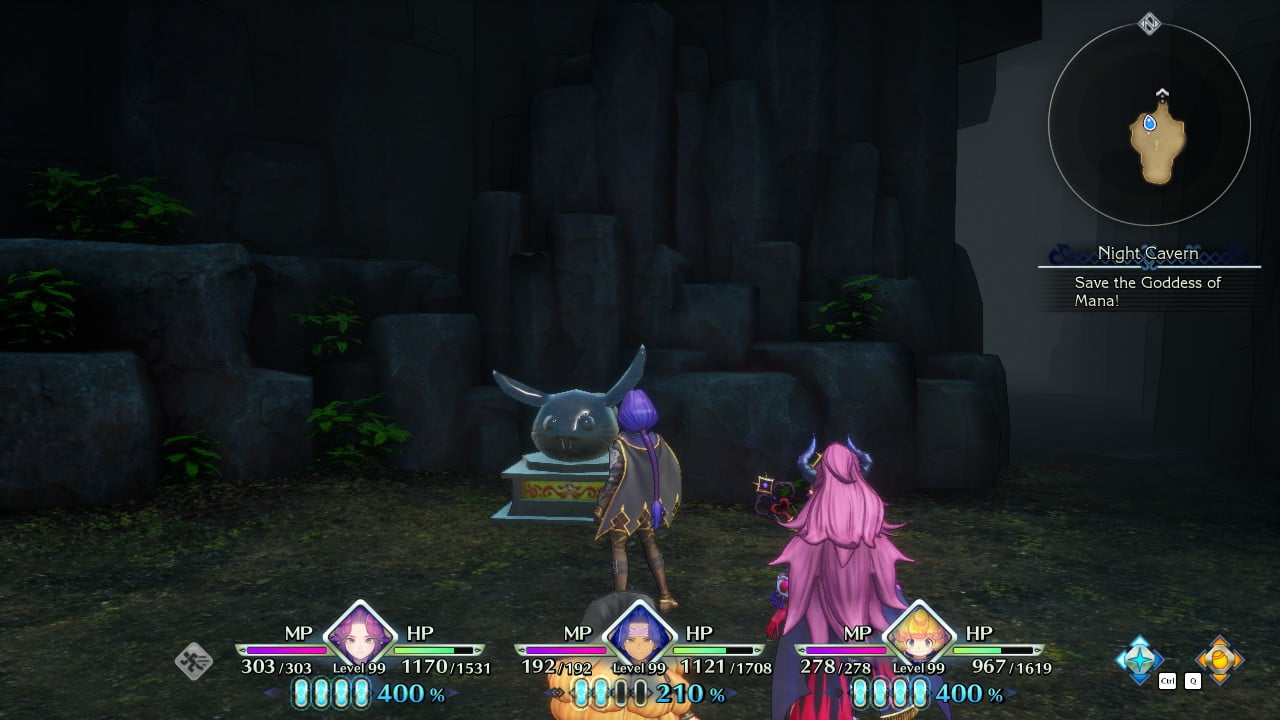 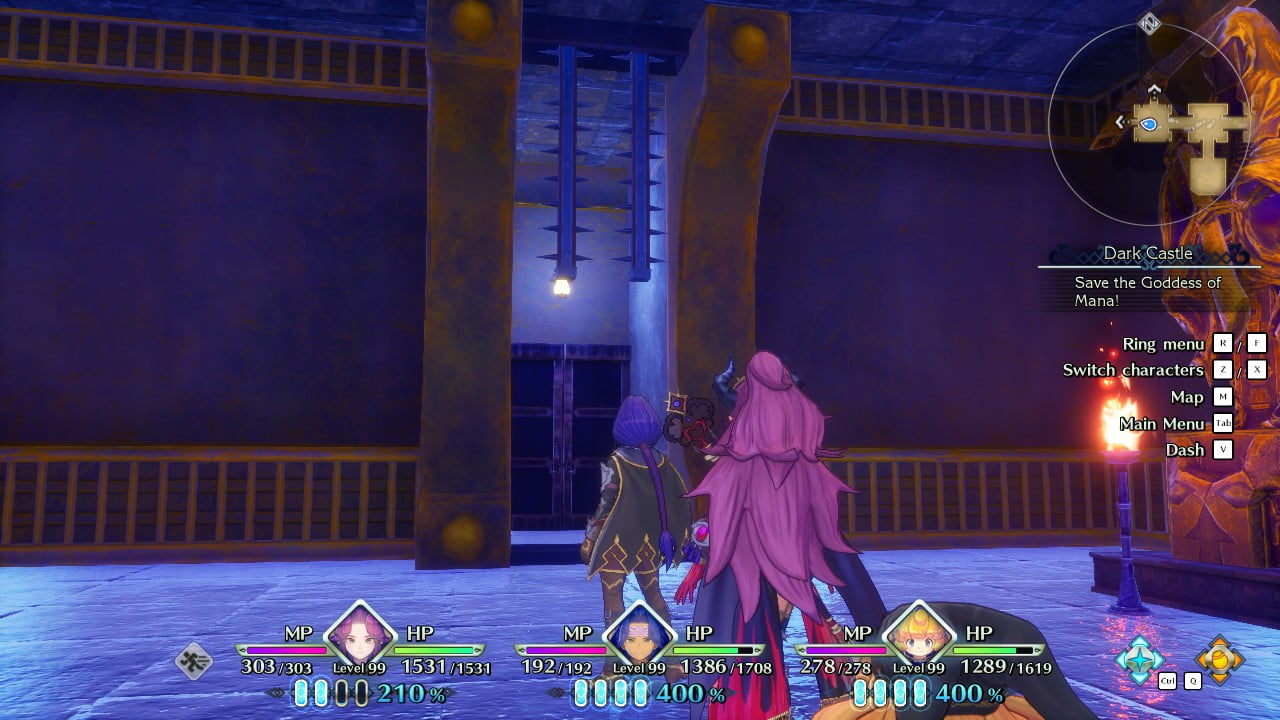 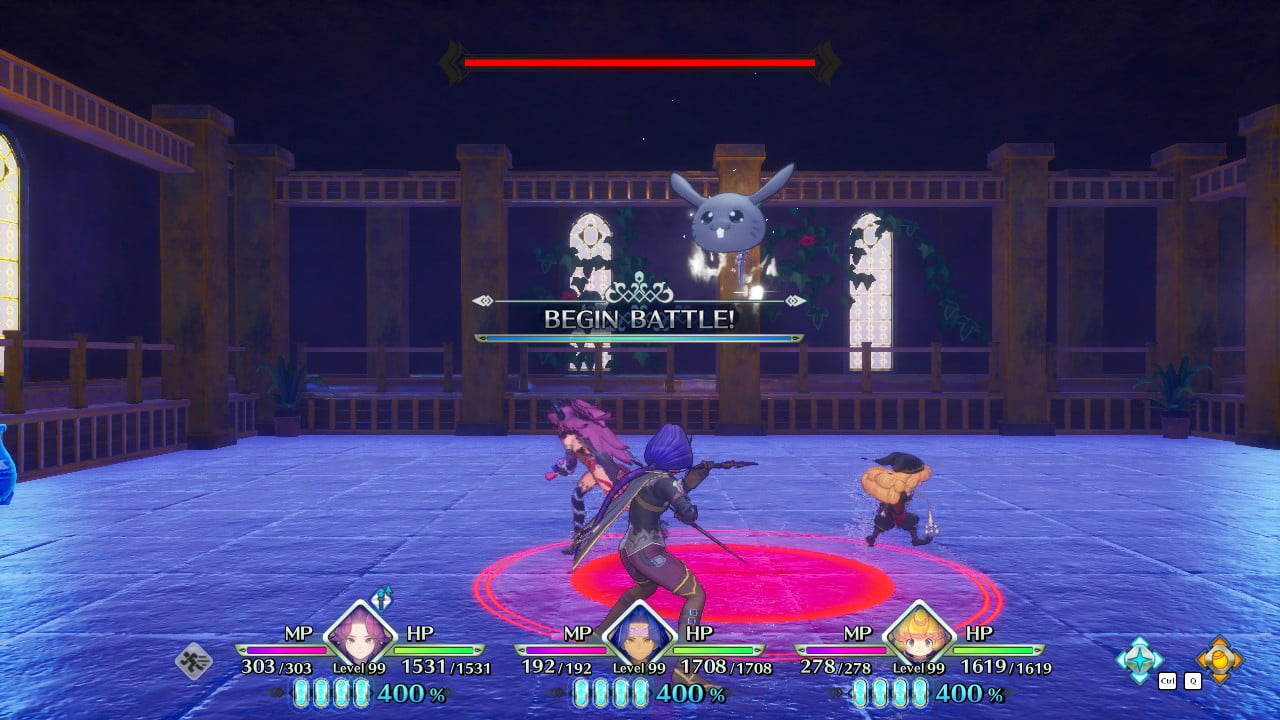 Anise is a two-phase fight.

In Phase 1, you have to burst down four floating mana crystals that are Level 73 each before you can attack her for big damage. Just hit your action ring, and single target those crystals with your Rune Seer single-target elemental spells. You can easily do high four-digit numbers and one-shot those crystals. 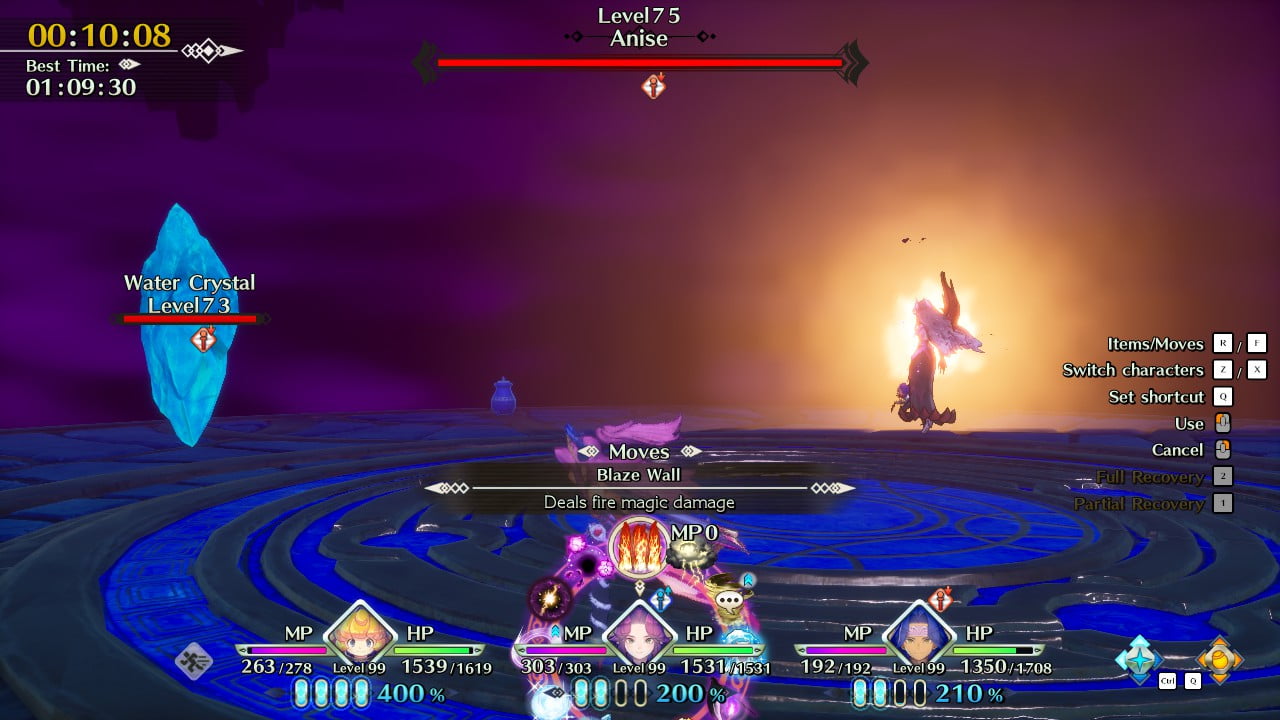 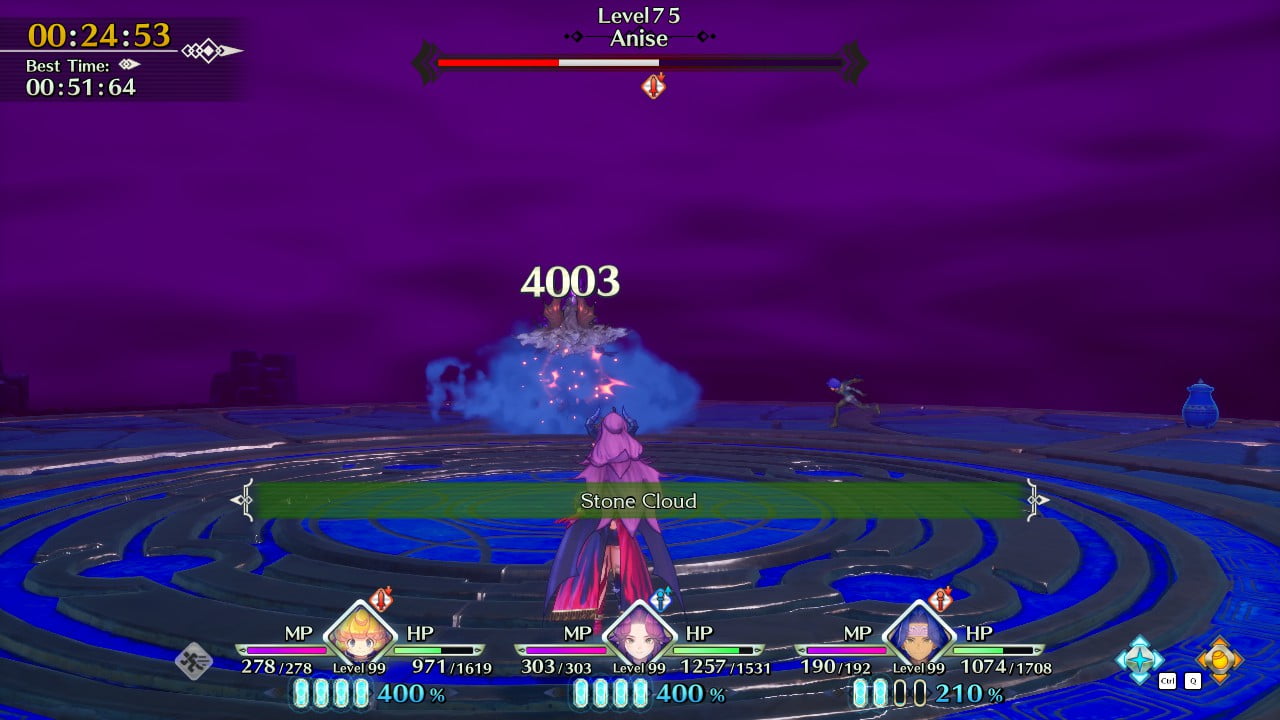 In Phase 2, Anise transforms into a massive dragon. This is where you run around dodging the dragon’s AOE attacks, and spam Stone Cloud or any other effective spell from a distance.

Once you beat her, you get a fancy cut scene and get to save your game again. Hurray. 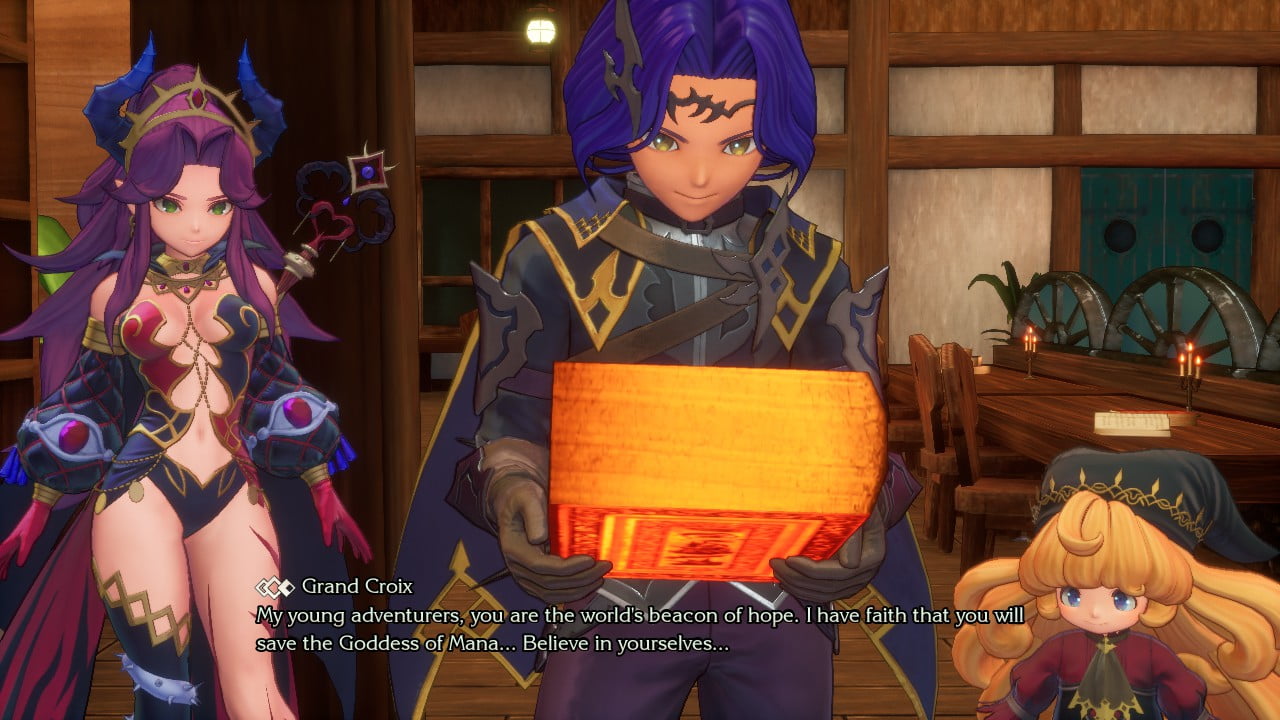 After you beat Anise for the first time, unlock New Game+, and save your game again, you can return to beat her up, this time on Time Trial mode. 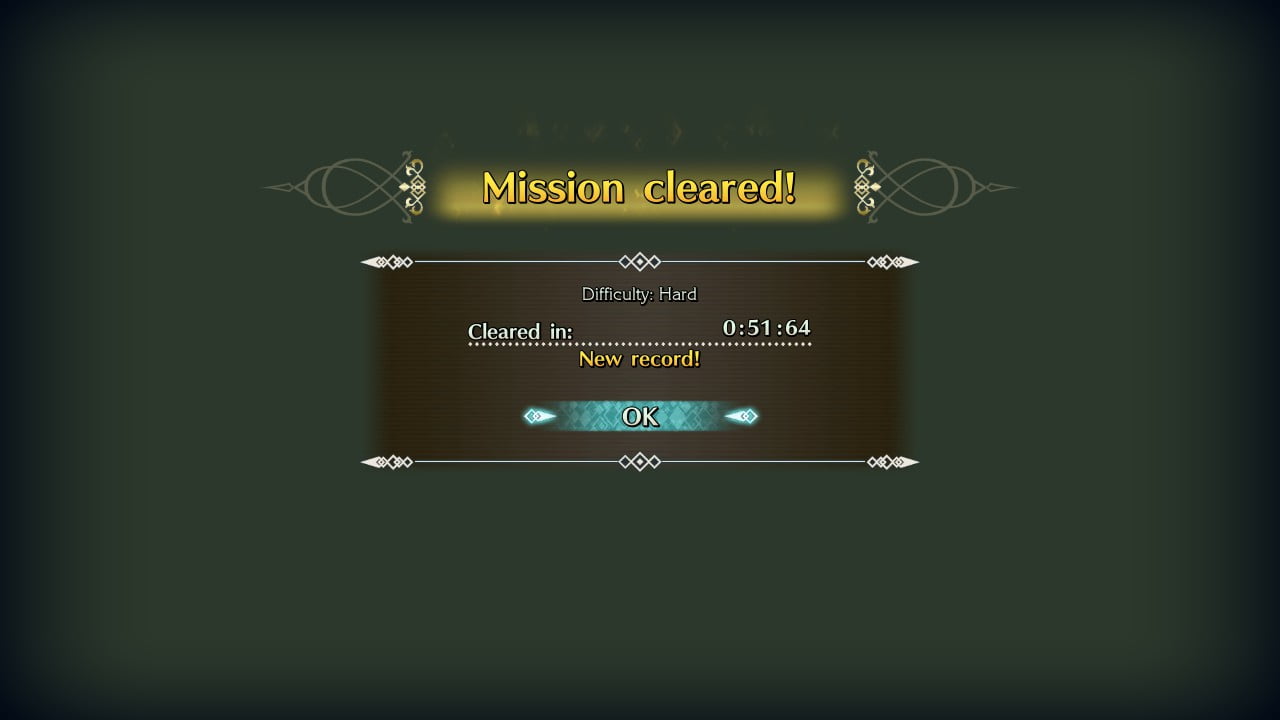