Welcome to our Across the Obelisk HotKeys Guide. This guide will show you everything you need regarding Hotkeys.

Across the Obelisk HotKeys Guide

The Lightning Guide for HotKeys!

In Practice – Across the Obelisk HotKeys Guide

key combos start with the card number, then the target

From here on in the guide I’ll refer to these as Party [number] or Monster [number] ( for example: Party 1, Monster 5) and cards as Card [number] (ie Card 2).

A Concrete Example or Two

So lets say I have the following 5 cards:

And I’m about to take my turn in the encounter shown.

“Self” or “all” targeting cards auto-target, so just hit the corresponding number key,:

will apply the buffs to the party.

All the other cards will need a target. So if I want to, say, armour the tank, the following key combos 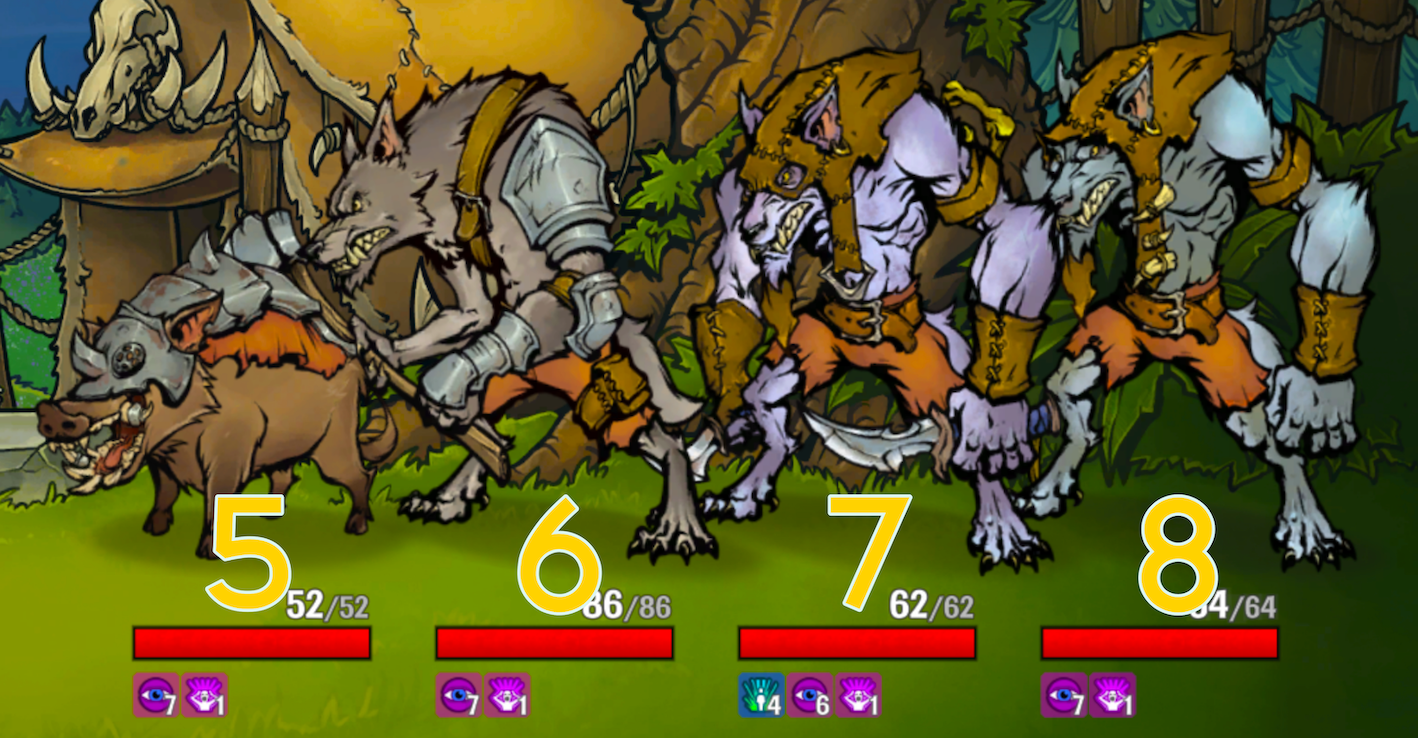 If I want to attack the back monster, the following key combos

will target the left-most werewolf with the corresponding attack

There are a couple of things to remember regarding what happens in the event of deaths.

When things Don’t – Across the Obelisk HotKeys Guide

The game gives no visual feedback when selecting cards and/or targets via keys. If an invalid key combination is entered , the only feedback given is the game not doing what you expect. In most cases, simply checking and re-typing the correct combo is the answer.

However there are a few edge cases where the game can appear to be having problems. Some are wetware issues – like trying to use a “Self” card on another party member / monster. Or another common situation is in encounters where monsters spawn dynamically, typically in boss fights where the boss has spawn powers, and you can end up trying to target the wrong party slot due to the actor count constantly changing. Still the game behaves in a predictable and forgiving manner and simply retyping a valid combo will work as expected.

However, if you are in the habit of checking potential damage before playing a card be warned – typing a combo while the mouse is hovering over a card and the card is visually raised out of your hand on the screen, seems to stop key input registering. Presumably UI input is given higher priority than key presses. However all hot key combos, legal or not, will not work. Should this happen the solution is reverting to the boring old “target-with-the-mouse” method to reset the input. I know, I know, it burns me too, but it is what it is.

If you find the cards shown above distracting you from grokking the full import of the guide, I’ve got you covered:

here are the graphics I’d originally planned to use, but opted not to as I thought showing the relationship between key combos and the numbering of actors and cards as transparent as possible was more important. And that using non-existent cards might work against this.

If I want to attack the back monster, the following key combos

will target the left-most werewolf with the corresponding attack