Pankration is a Main Story Mission, and part of Assassin’s Creed Odyssey Walkthrough.

Below is everything you’ll need to beat the mission Pankration in Assassin’s Creed Odyssey.

This is the fourth mission of a small questline to complete one request of the Kings of Sparta.

Return to Paios, the Pankration organizer, at the stadium in Olympia. Have a short conversation with him to begin the final round of the Pankration. It’s time to take on the champion Dorieus. 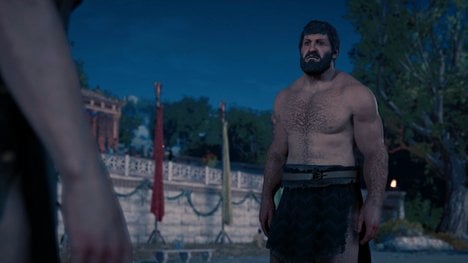 After a short cutscene, the fight will begin. Like in The Contender, this fight will be unarmed and abilities cannot be used. Parry attacks to create openings and dodge the opponent’s swings.

Once Dorieus has been defeated, another cutscene will play declaring the player the victor. The mission will be complete after this.

[su_note]Going For Gold – this is awarded upon this quest’s completion.[/su_note]