Cities: Skylines is stuffed with free goodies, and continues to grow by over a thousand new items per day. Players have been hard at work not just building their cities but making maps, mods, assets, and tools for others to enjoy.

Let’s get started with mods! Once subscribed, you need only activate them from the Content Manager menu. Remember that Skylines’ mods are global, so if you activate one, it’ll be in effect for every game you play, until you turn it off. 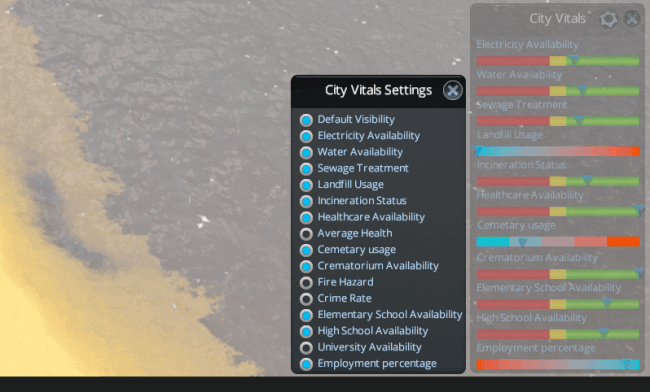 Tired of clicking between all the different icons to monitor your growing city’s needs? This mod gives you a configurable panel so you can get as much data as possible in a single view. Check on available electricity, water, sewage, crime, education, heathcare, employment, and just about everything else you might want to keep an eye on.

Remember, you’re not just a mayor, you’re a Peeping Tom. Keep a close eye on anyone you want with the Citizen Tracker, which allows you to bookmark and tag your NPCs with icons so you can easily find them again later. 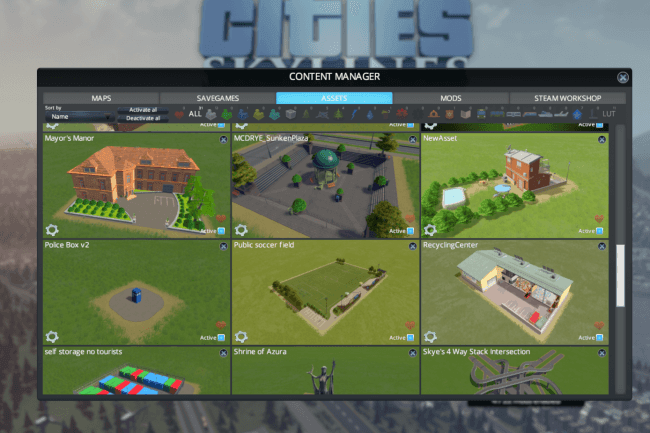 Skylines menus aren’t particularly great or attractive, but now you can get a nice look at the assets you’ve subscribed to with the Improved Assets Panel, which gives you a thumbnail view of your various buildings and parks. 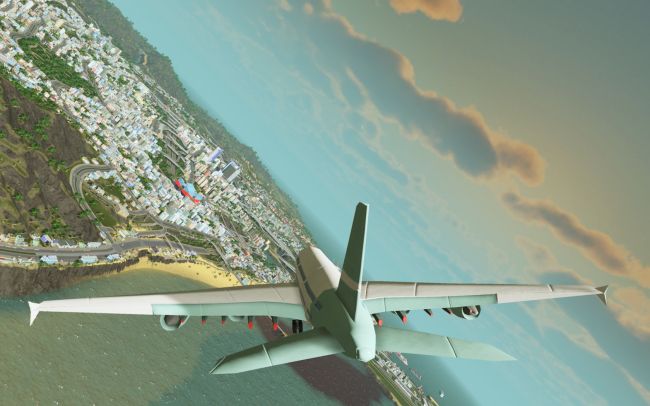 Why settle for hovering over your city like a cloud when you can soar across it like a plane? The Flight Cimulator gives you control of one of the airplanes circling your town, turning your city sim into a flight sim. 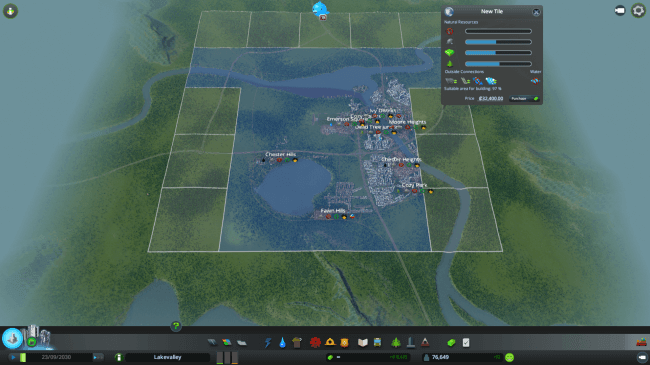 Skylines lets you build on 9 of the map’s 25 available tiles, but we wouldn’t be PC gamers if we didn’t want access to all of them. All Spaces Unlockable does just that. It’s not just for those who want to fill every square inch of map with buildings, but also for those who perhaps purchased a new tile and wound up only using a small fraction of it, or maybe decided further down the line to sprawl their city in an entirely different direction than they originally planned. Either way, it’s a must-have. 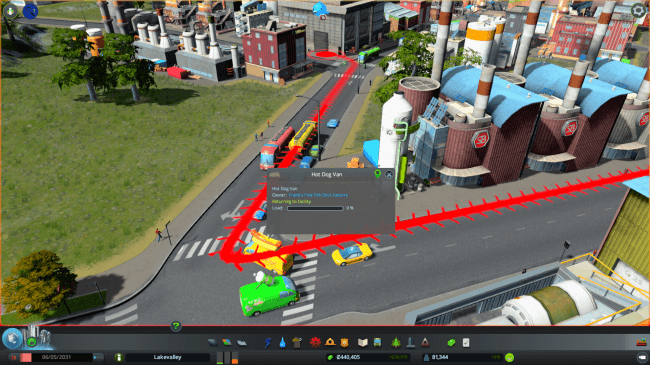 It’s easy to spot traffic problems, but harder to understand and solve them. The Traffic Report Tool can help. Click a road and it’ll show you the path of every vehicle using it, or en route to it. Click a building and it shows you the paths of all vehicles headed to or leaving it. Click an individual vehicle, and it’ll show you its entire path, from start to destination. It’s still in beta, but it’s a promising tool for helping you understand and untangle troublesome traffic snarls. 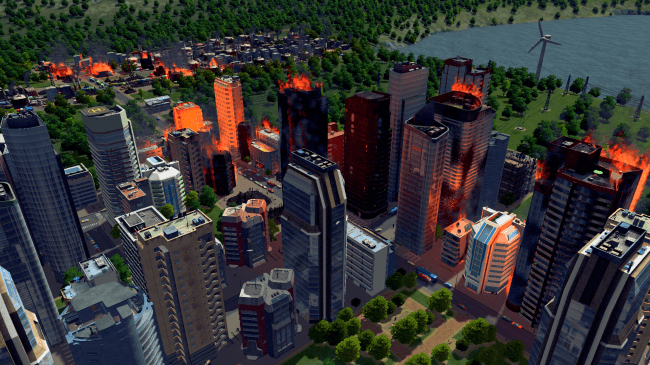 While Skylines doesn’t officially provide city-busting disasters, there are a few things you can do to unleash hell on your populace. Dams, for example, can be used (or misused) to bury your city in poo. If that’s a little too gross, you can try the Fire Spread mod, which lets fires jump from building to building, perfect for putting your fire department to the test. 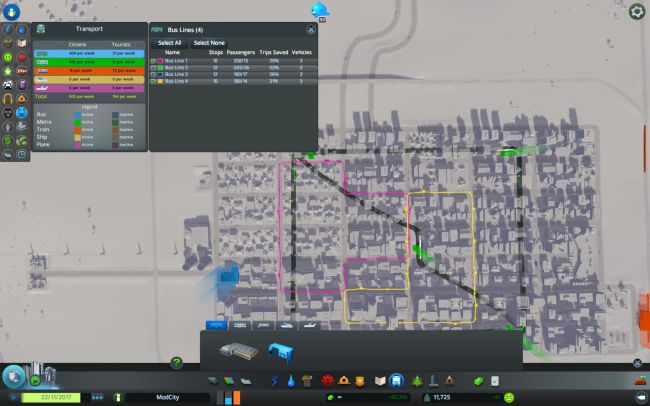 As your city grows, keeping track of your public transportation network can be tricky. The Extended Public Transport UI makes it much, much easier, with better, toggled views of individual bus, metro, and train lines. A great tool. 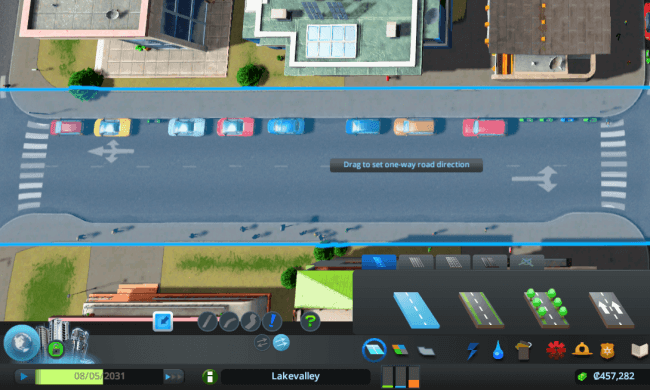 A recent update added the ability to upgrade between one-way and two-way roads without having to bulldoze, but the Extended Road Upgrade mod, which did it first, is still worth checking out. It works a little differently than the unmodded game—and I think a little better—especially when it comes to changing the direction of your one-way roads. 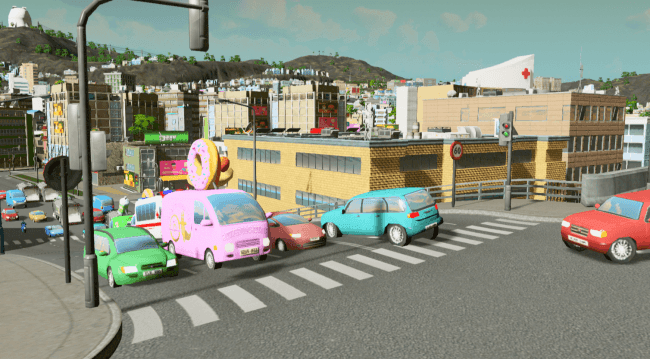 Technically it’s a free camera, unshackling you from a bird’s-eye view and taking you all the way down to street level for a closer look at your city and its inhabitants. You may not be thrilled with what you see—Skylines wasn’t meant to be viewed from quite this close up—but it’s still fun to use. 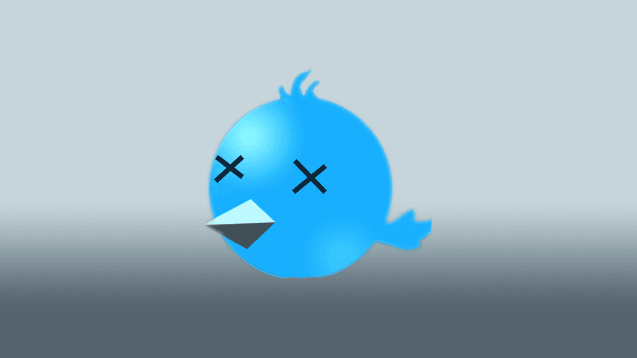 It’s hard to be legitimately angry with Chirpy: he’s just trying to communicate citizen’s feelings to you, and he’s so darn earnest about it! That said: die, Chirpy. A patch recently added a volume slider for Chirpy’s incessant tweeting, but the Chirpy Exterminator mod lets you ice him for good. Rest in peace, with the emphasis on peace.