Firstly you sell items by talking to a merchant and then opening your inventory. You can then right click items to sell them. There are merchants all over the place in this game. They sell at different prices. It’s possible to buy goods cheap and sell them expensive. Here’s a pic of the merchant if front of our apartment for example. 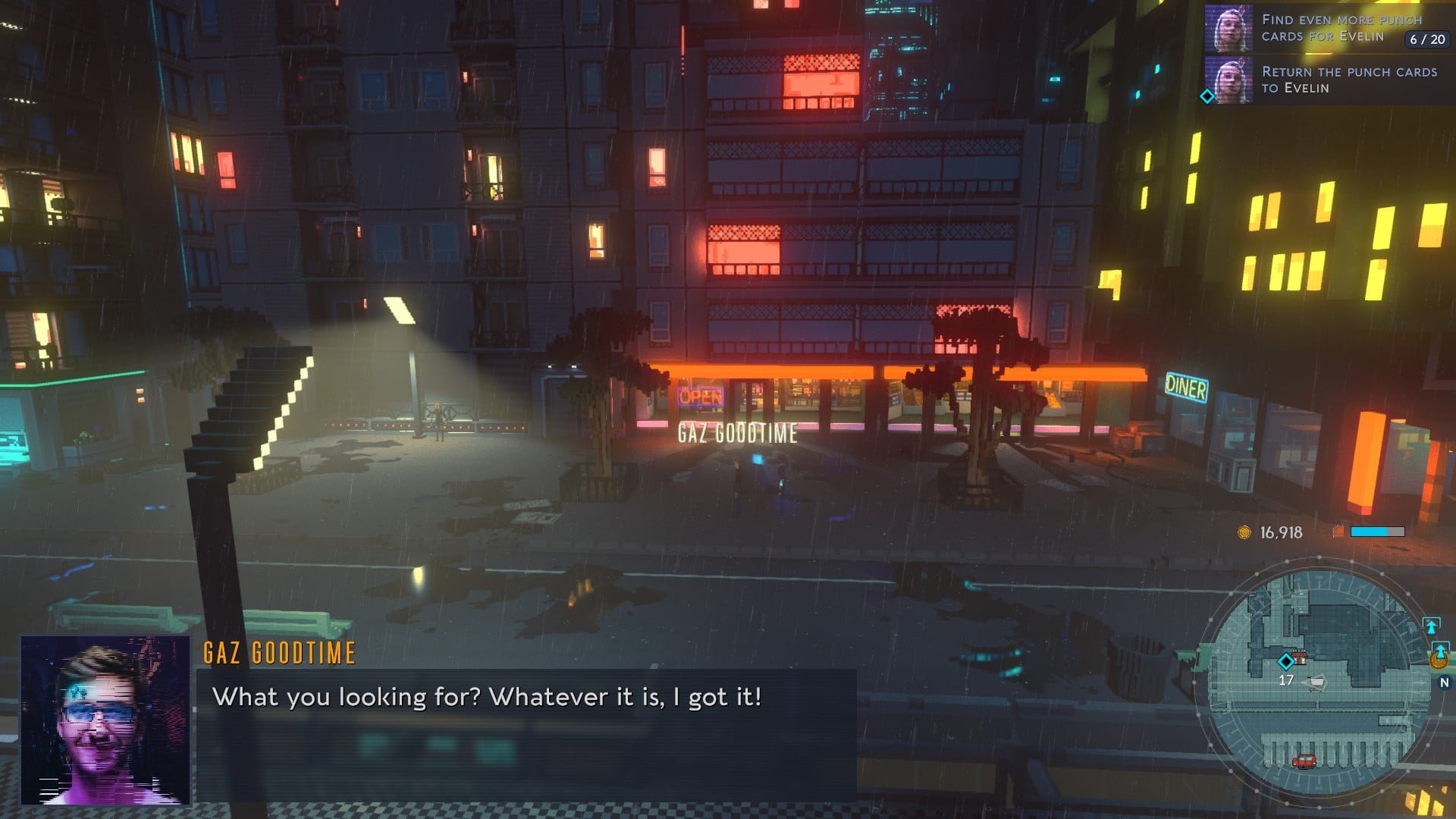 Some merchants sell items for low prices. Some sell for medium prices. And some sell for high prices. In the same zone as your apartment, there’s an area called Little China. He sells Jackets for 400. On an island in between Little China and Upper Midtown, just a bit to the North West, there’s a shop owner who buys them for 480. Here’s some screenies. 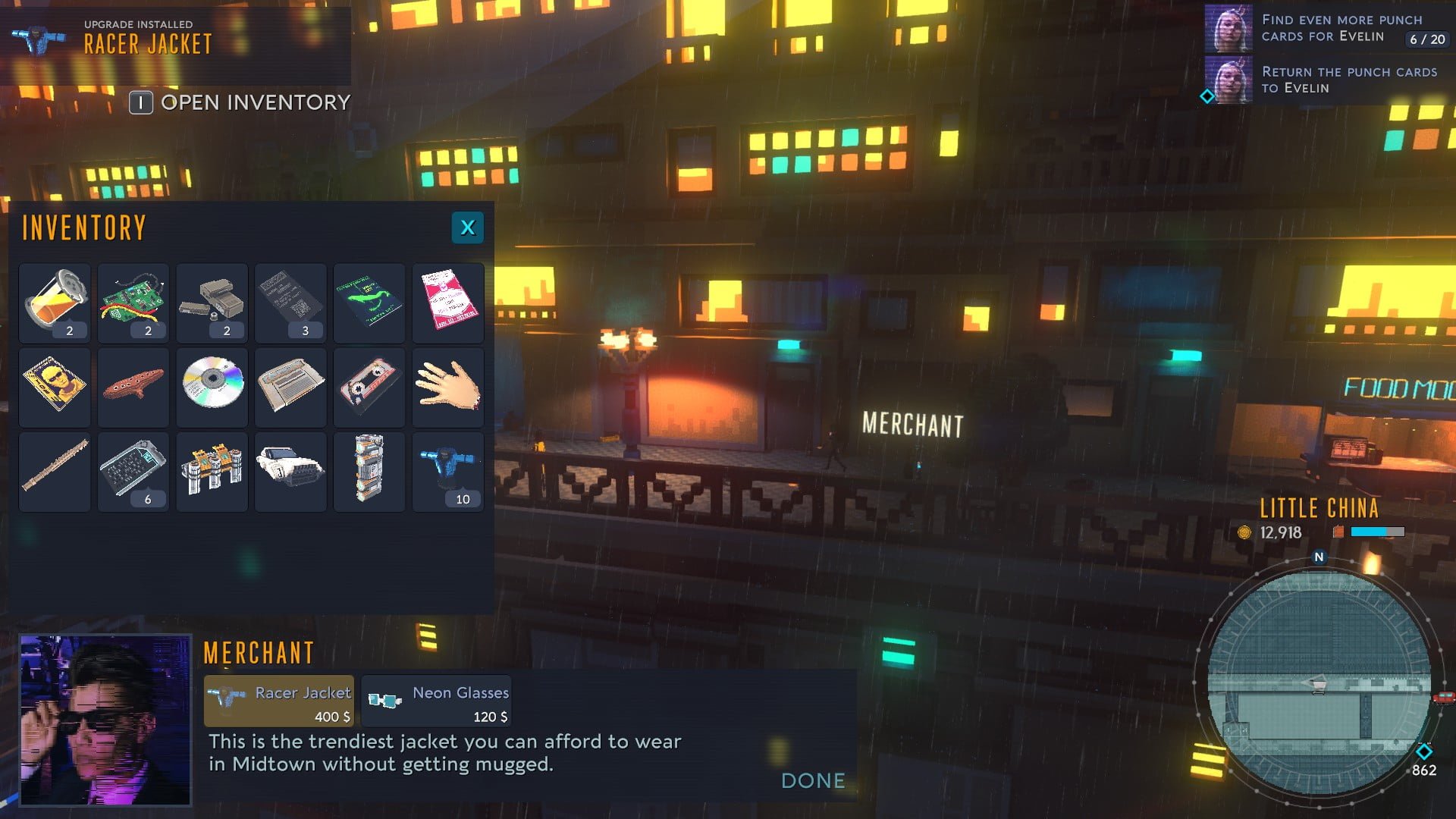 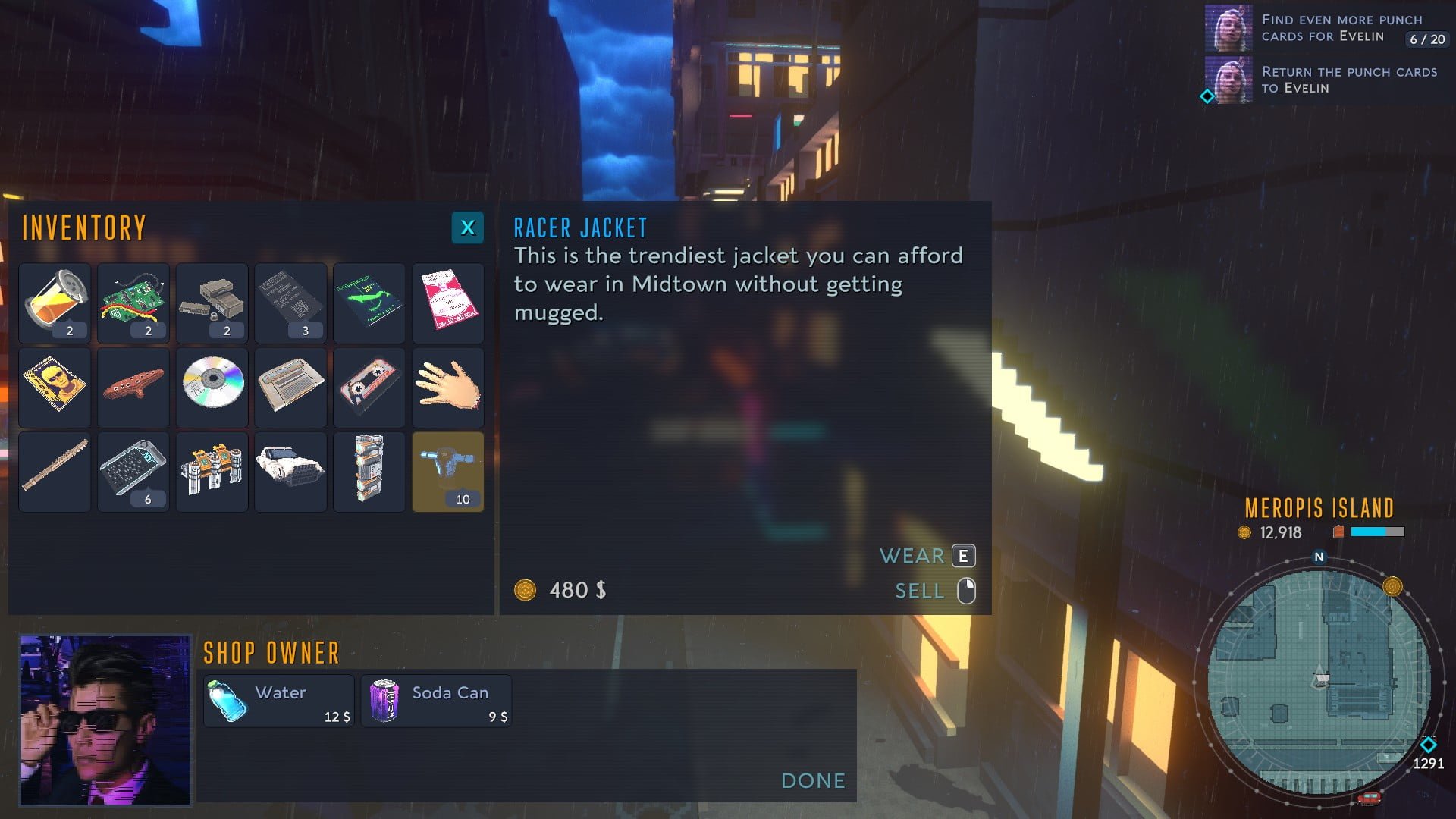 A Merchant With A Bigger Ticket Item

There’s a merchant buy the ramen merchant that gives the quest for the elevator Gorgotha that sells cybernetic arms for 4900. On the same island, in front of lifecorp HQ and down a couple levels is a wandering merchant that buys them for 5880. Unfortunately the cybernetic arms run out after buying too many. Here’s some screenies. 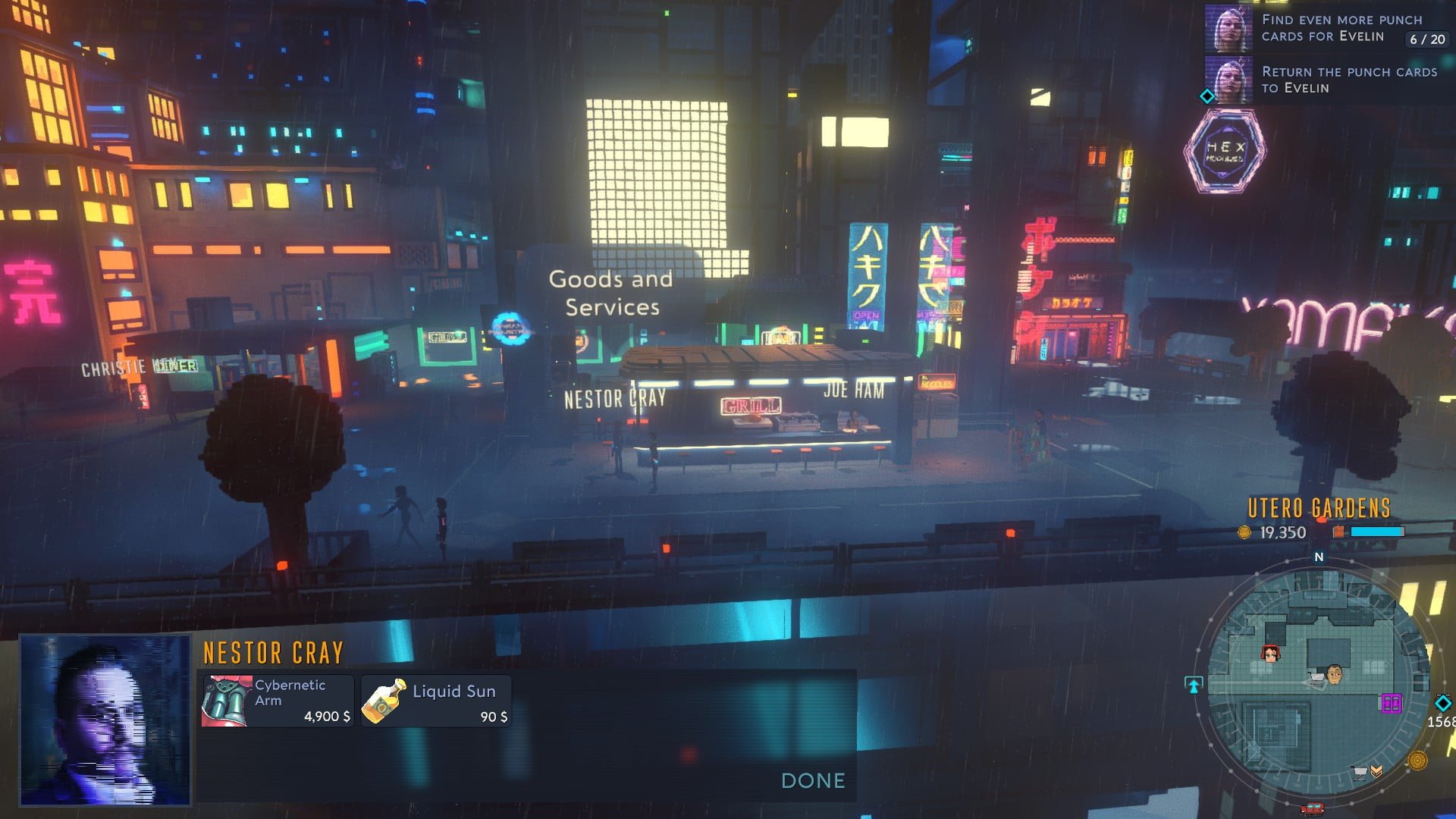 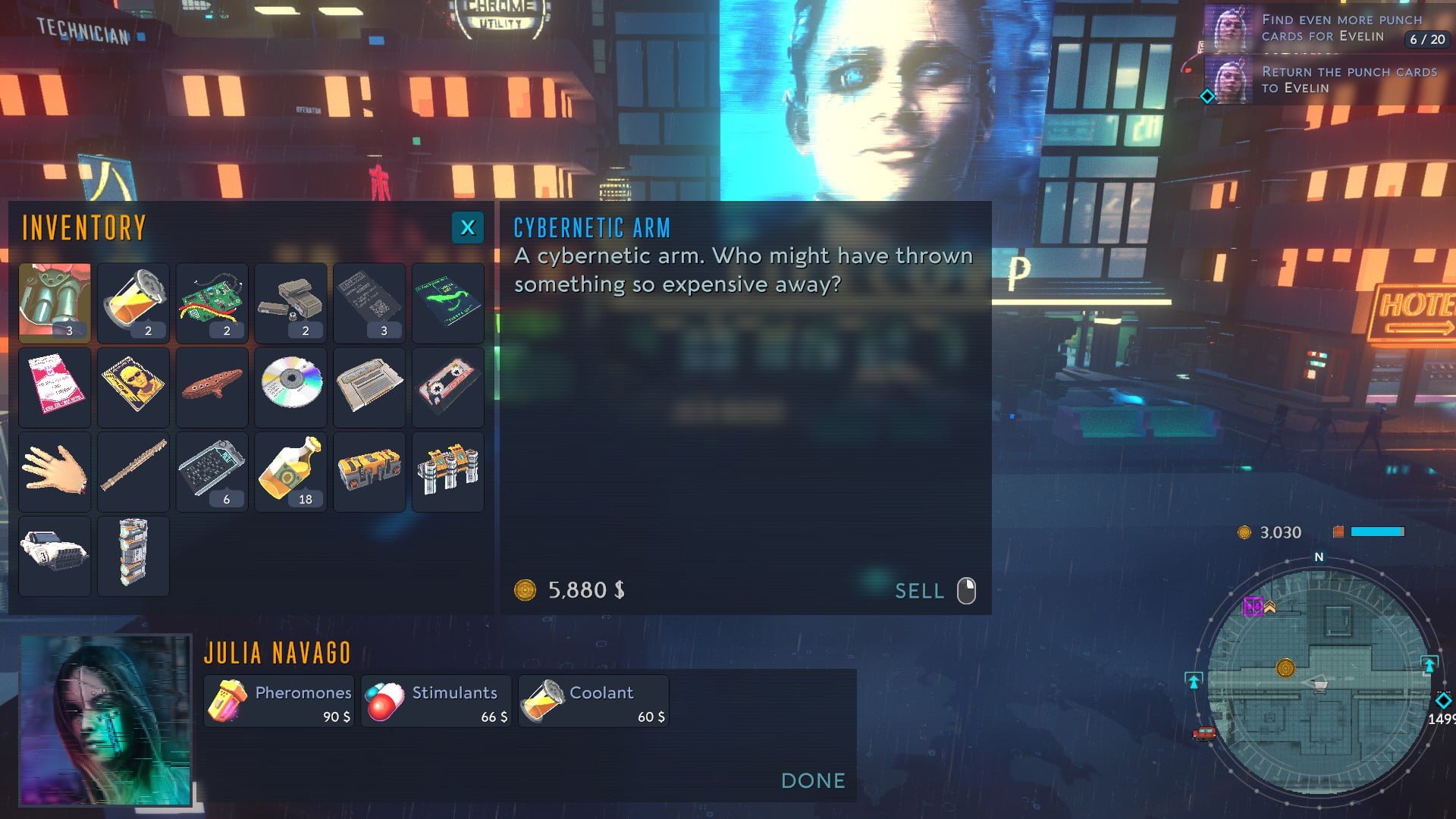 Some merchants sell food. A lot of food gets automatically consumed immediately so you can’t sell it. Also food merchants tend to not buy things. They’re not good for trading.