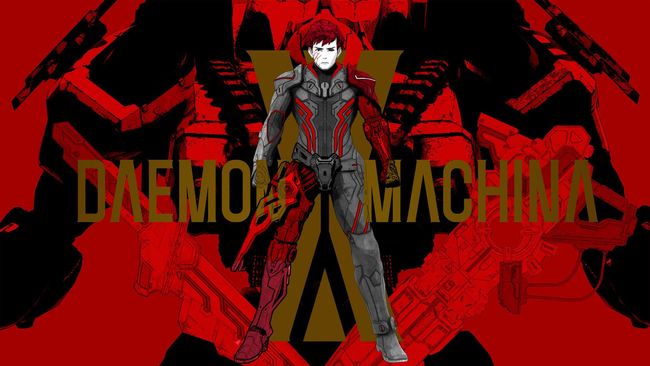 Getting Out of Your Arsenal

While running the missions where you explore the facility you might have come across doors that are not fully open and where your Arsenal can’t fit through. Disembark your mech by pressing the Y Button on your controller or G on your Keyboard.

DId you know that you can remove Attachment chips from various equipment items and then use them on your own? I did not. So go ahead, remove all the chips and then sell your junk.
To remove the chips go to the Factory -> Costumize Equipment -> Choose the armor/weapons you want to modify, and then remove the chips.

Getting Some Starter Equipment

You just started the game, but all of your equipment sucks?

You can run the ‘Explore the Underground facility’ mission solo rather easily for some good equipment at the beginning of the game.

Also when fighting immortals in Free Missions will there always be a downed Arsenal spawned with some equipment you can pillage. Its good for farming if you can take them down.

DId you know that you can use various stances to enhance yourself, but you need at least 200 femto to actually use them and they all recharge independently.

You can switch through the stances with the up and down key on your controller.

The Stances are:
Up Key
Attack – Speed – Defense

Attack Stance
This stance doubles the damage you deal, but each shot drains some of the bar. It at least seems to double the damage.

Defense Stance
You absorb damage. Consider it like a shield. Unfortunately it does not protect against procced acid. However, you can activate the shield and dash through an acid room to avoid the initial proc for a few seconds.

Speed
Your speed picks up by a huge amount and you no longer drain stamina while sprinting. Neat! Perfect for escaping hairy situations or just catching up.

Learn those stances. They will help you in battles.

As Management in the comments down below pointed out, is knockback a two edged sword.
On one hand when an enemy Arsenal is knocked back they are out on the ground and unable to move.
In some missions that might spell instant win because of water or other surface dangers that will instantly kill them. In other missions you can just knock them back endlessly.
However, when doing Co-op, be aware of when your opponent is knocked down because while they are knocked down they can not be hurt. So do not waste your ammo.

On the other hand does the same apply to you, so if you get thrown back you got some invulnerability to enjoy.

Coming to a Mission Unarmed

There will be a time when you are asked to come unarmed to a mission. That means you need to unequip all of your weapons in the right and left hand, shoulder, auxilery, and the pylons.

That is all said, as anything more would be spoilers.

Eat your icecream. Doesn’t matter if you do it regularily before every mission or not. Good things will come to you.

Lock On Time & Other Stats

Did you know that Lock-On-Time and other stats, but mainly lock-on-time are affected by memory capacity of yours? And I do not mean just the head.

Press X on your controller or F on your keyboard to cycle to a more detailed stat page and there you can see that equipping various items will raise or lower your lockdown time. Yes, even legs and arms can reduce or raise that time.

It all depends on how much memory you are using.

As many of you may have come across the arms and wonder “What does exactly the ‘Fire Rate support’ stat do?”, well, here are some answers.

They are a multiplicator to your weapon.

Fire Rate Support
How fast you can fire your guns. Aka, Firerate.

Shot Delay Support:
Some laserguns have a Shot Delay between various shots. This reduces this delay.

Precision Support:
How accurate the gun is.

Throwing Performance:
Only useful if you throw a lot of debris and stuff. Otherwise, ignore it.

So what does that exactly mean?

Lets say you have a fire rate Support of 200, that means your gun should fire at double the normal fire rate. That 160 fire rate assault rifle is now firing at 320 instead.

Heads have a Firing Support stat, which seems to be added as a percentage bonus to the total stats.

So you may come across armor pieces that have high defense but feature rather low bullet/laser defense. Now you might wonder, what does that mean?

You’d assume that a weapon with high laser defense would be good against lasers, and you are partially right.

If you look at Bullet weapons you see two damage stats.

The enemy in turn has Defense & Bullet defense.

If their bullet defense is lower, then they take more damage, and vice versa.
The same with Laser weapons who have a Laser damage Stat.

Sadly t exactly privy to the formula that is used to calculate damage, so i can’t tell you exactly how good which piece of armor is and what is better in the long run.

If the enemy has high bullet protection, then a weapon with high bullet damage will be less effective.
On the other hand, if your gun has high base damage and less bullet, you might be able to catch him by surprise and deal more damage.

Your various heads have different stats for their sight size.

R means a circle with X radius,
S gives you a square with I believe the first number being your width and the second height.

Now, if you want to be up close a bigger R or S might be useful, as they will keep a target locked on, but if you are fighting from a medium distance with rockets or assault rifles you might be able to go with a smaller vision.