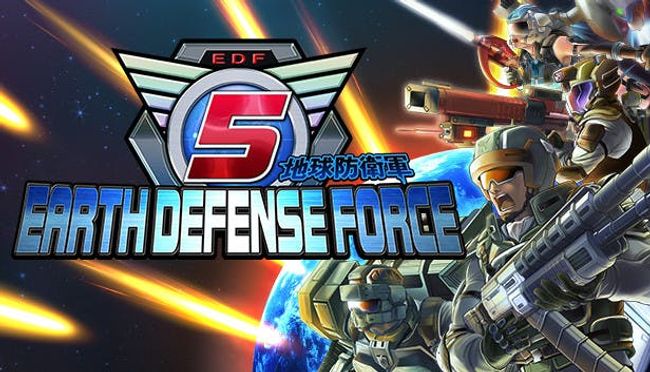 Fencers are capable of dual-wielding two of the same or different weapons and can switch between two sets.

In this guide, I’ll be using a “Travel Kit / Bombardment Kit” weapon organization. The purpose of your Travel Kit is to give you the very best movement that a Fencer is capable of in that it can perform both side-dashing and boost-jumping. The reason you need all that mobility is so that you can effectively zip around the battlefield while you jackhammer, chaingun, flame and cannon-shot all the small-fry into submission, get out of sticky situations, zoom over to fallen friends to revive them, scoop up loot, and also to quickly reposition yourself so that you can make the best use of your Bombardment Kit.

The purpose of your Bombardment Kit is highly situational. It doesn’t have to offer *any* mobility options whatsoever. It can be focused purely upon dishing the greatest amount of material damage possible in the shortest amount of time. Things like Gallic Cannons, Blood Storm missiles and Mortars will populate your Bombardment kit, and will vary greatly to suit demands of the mission. But if you start finding yourself struggling because you’re getting overwhelmed by small-fry or the enemy is getting too close for you to use your Bombardment Kit effectively, just switch to your Travel Kit and either stomp all the small-fry or relocate to a better shooting position!

Alright, so for a basic movement combination you are going to need one weapon that grants a dash, and one that grants a jump. This is essential for you to be able to do a dash-boost combo!

My favorite Travel Kit is the Jackhammer (which grants a side-dash) and the Cannon Shot(which grants a boost-jump). There are definitely other viable combos but that’s a longer discussion for later.

As long as you’ve got a weapon set which allows you to dash, and boost, then you can dash in a direction, and then boost while in the middle of your dash to go flying into the air. Note that you CANNOT attack while doing a DASH, but you CAN attack during a Boost! This means you can do a Dash-Boost to rapidly close the distance and send yourself flying through enemies, and then start unloading your jackhammer and shotgun and absolutely make an enormous bloody mess.

Remember, you can ONLY attack while you are still airborne from your boost! If you Dash, you won’t be able to attack, and when you land, you’ll have to re-plant your feet before you can attack!

There’s also Dash-Cancelling, which is Dashing to cancel an animation. This is useful for animation-cancelling after firing a weapon with a very slow recovey, like a Gallic Heavy Cannon.

Dash-Boost-Dash – the most elementary of combos. Dash to get started, Boost into the air, into enemies, lay waste to them, then dash to change direction. You can extend this combo with Support Equipment (next section)

If you chose to use a weapon with a windup like a chaingun(~2s windup) or a flame revolver(~4s windup), you can start your windup as soon as you enter your Boost phase and (in the case of the chaingun), start firing by the time you hit the ground! So you can become a total dynamo, boosting through the air, pummelling enemies with your jackhammer, and then landing to drill any small-fries sitting at the landing zone with your chaingun.

The “Add Booster 1” support equipment which adds more Boosts is *really important* because boosts seem to come back on a much slower separate cooldown than Dashes, which seem to come back as soon as you hit the ground after a Boost. Also, you cannot attack during a dash. Plus, if you Boost without pressing any directional keys, it will send you REALLY high into the air, and if you use that additional boost at the top of your jump you can scale extremely tall buildings and high walls underground.

If you’re looking to max out your travel distance, I suggest doing a Dash-Boost-Dash-Boost-Dash combo, as long as you have boosts, you can be attacking in the middle of your boosts, and your dash will come back as soon as you land.

Dash upgrade – this lets you do consecutive dashes. It’s not quite as awesome as it sounds because the dash comes back reasonably quickly, and always after you land, unlike the Boost. You *could* sacrifice the Dash upgrade and go for a Muzzle Stabilizer upgrade ONLY IF you’re using a chaingun or flame revolver in your Travel Kit.

Blasthole Spear (Dash) – Has a 50m range, does INSANE damage (500!) It’s kinda clunky but it packs a wallop. Sometimes I find aiming it difficult during flight, and the lengthy lunge animation can make it tricky. But man, it sure does feel satisfying. It can one-hit pretty much any small-fry enemy in existence.

Jackhammer(Dash) – Has a 40m range, does GOOD damage(~125ish) and has a *very* good fire rate, like 4-5 shots per second and a generous magazine (~30ish). With that decent damage, it can still one-hit most small-fries and if they don’t go down right away, you can follow up quickly with another shot. The Jackhammer is just a very forgiving and reliable weapon to use when things are going crazy in your face. It’s like the SMG of melee weapons. You could pair it with another Jackhammer or a Dexter Combat Shotgun for the best in close-range blending of small-fry, or a chaingun, flame revolver or, my favorite, the NCS1 Cannon Shot.

Hand Chaingun(Boost) – Keep in mind that you can wind the chaingun up while you’re boosting! It has a sizeable recoil which can be mitigated if you have a muzzle brake upgrade for your suit, but it’s simply a good damage hose for dealing with large swaths of small-fry like ants and spiders. It struggles against most aerial units because it tends to just send them flying without actually killing them. Having a Muzzle Stabilizer with this is kind of nice.

Flame Revolver(Boost) – You’ll learn to love and hate this gun. On the one hand, it has a *really long 4 second windup*. But once it gets going, the flame stream does EGREGIOUS damage that passes through enemies and it might be me, but I think that each puff of fire multi-hits enemies. I use this thing when going toe-to-toe with Queen Ants but again, the Jackhammer/Dexter combo does a decent job of that too. Having a Muzzle Stabilizer with this is kind of nice.

NCS1 Cannon Shot (Boost) – This might be the thing to use if the Dexter doesn’t quite have the reach you need and you might want to shatter everything in front of you. You get 3 shots, and there’s a delay before you fire it, but you can fire it while you’re Boosting which makes this thing *insane*. Definitely pair this thing up with a Jackhammer so you can pummel small-fry in your way while the thing is in-between reloads. The individual pellets only do single-target damage but this also means you cannot kill yourself with this gun up close, and the spread is a generous and dense blanket. It’s also  powerful – powerful enough to one-shot multiple small-fry or flying saucers or wasps right out of the sky. The spread makes it very forgiving for those enemies that are *just* out of jackhammer reach when your boost is on cooldown.

Doing a High-Boost (boosting without pressing any other movement keys) will also set you up to blow your load all over a swarm of enemies. It also gets you out of those “oh crap” moments when a frog steps out from behind a building and starts blasting away at you up close. The NCS1 will make anything that steps out right in front of you up close go “oh crap” instead.

NB: Why not the Mortars? Mostly because I feel they would be more suited as a part of your Bombardment Kit (you can blast yourself to smithereens if you use them at point-blank).

A Few Good Weapons for Your Bombardment Kit

Your other set of weapons (not your travel kit) should have weapons for dealing with various mission objectives, like shooting down teleporter ships and teleporter towers. Generally, I choose heavy-hitting long-range weapons that either deal enormous single-target damage or have wide AOE capabilities.

Blood Storm (Self-locking missile) – You get up to two locks with these extremely versatile missiles which don’t require an Air Raider’s laser guidance kit (although the laser guidance makes them lock even faster). The missile tracks pretty quickly and just before it hits the target, it splits like a shotgun blast into little exploding bomblets that utterly ruins swarms of small-fry and especially medium-sized targets too! If you carry two of these, you can one-hit frogs, and lock two frogs at a time. The lock-box is a bit smaller which works to your advantage since you can use that smaller box to avoid locking onto nearby smallfry if you’re trying to lock onto a distant, large target by aiming over the heads of the small-fry. If jumping spiders are making that difficult, then use your Travel Kit and Boost-Jump straight up to get on top of a tall building for a better shot. They’re even capable of hitting those annoying red drones.

You can also run sideways when launching these missiles to affect their initial launch trajectory, in case you need to curl them around a building.

The downside to the Blood Storm is that you can’t use them up super close since the missiles won’t arm in time (so switch to your Travel Kit and go ham on the enemy) and using them underground might be an impossibility. Also, if an ant walks over you or a flying saucer flies into you when you launch, you might kill yourself.

Gallic Heavy Cannon (Zoom) – An extremely heavy-hitting but difficult to use long-range cannon that has a short pause before firing. This thing delivers enormous single target damage (~500) and is useful for bringing down teleporter ships and teleport pylons. It’s very tricky to use against moving targets, though. Good for turrets, too.

What about Shields? CC Strikers? What About All Those Other Guns?

Personally, I don’t use shields!

It’s mostly because I like maintaining high mobility with a Travel Kit and then switching to a Bombardment Kit. Shields look good for people who want to plant in one place and be a turret and not have to worry about incoming attacks from one direction. You could probably deflect really large shots back at the enemy, too, which sounds kind of cool.

In the end, it’s all situational. Generally speaking, these are the most common situations I run into:

Lemme know in the combos if you’ve found your own viable combos! I’m having a blast playing as a Fencer and I know how at first he felt kinda clunky. Now I’m pretty used to his routines and now he’s a very zoomy shooty smashy crashy boi.