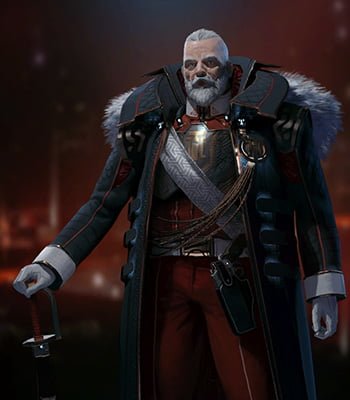 United Empire is a very versatile race that can go through anything. Their strength is based on Influence points that can be used in many ways. They focus on expansion through colonization and cultural dominance. Their strong and diverse ships are good for military conquest. A great choice if you are starting your adventure with 4x strategies or Endless Space series. They start a game with Industrialists faction as the leading party.

Special ability: Additional Influence points in quantity of 0,1 per each Industry point used. In other words, when you build or produce something you receive a small amount of Influence points. Besides that Influence points can be used in the Marketplace so you don’t have to use Dust as the currency. You can also use the buyout option for a faster construction of upgrades or ships in a system. Influence points are also spent on developing technologies immediately. Next to the technology that is currently under development you can see the cost of Influence points. If you have that amount you can speed up the researching process. Because of that you can catch up in those fields that you are currently lacking.

Faction’s traits: They start a game with an additional Hissho population. Their limit of planets, when their expansion is too big, is lower. Humans receive +25% to Manpower in empire.

Race’s traits: Humans have a bonus +1 to Influence points per member of the race. Their favorite political party are the Industrialists and the least liked are the Ecologists. The second stage is the bonus of +15% to Influence points in a system with Humans population. The last bonus is -20% to costs when culturally converting a system that belongs to other faction.

Way of colonization: A classic type: build a colonizing ship, send it to a system with planets that can be habited and establish an outpost. The time that is required for receiving a colony status depends on the amount of Food on a planet and the distance between the outpost and your other systems. You can speed up this process by spending Dust to increase Food production and/or you can spend Influence points to speed up migration process.

Basic ships: Colonizer has 3 support module slots and one weapon slot. However, scout ships are different when compared to other races because they have two slots one for defense and support plus one slot that can be used for either of those types. This means that it can serve as your early military force or a well-equipped scout. Attack ships have a lot of weapon modules as well as a few slots that can be used by any of the tree types. It is similar for defending ships – they have a small amount of weapon and support module slots but they have a lot of slots that can increase their armor and shields. Carrier can have up to 5 weapon modules (including one heavy and two shared with defense modules) and a few slots for additional support and defense modules. Humans’ fleet is versatile and flexibility but they always have more weapon slots when compared to other types of modules.