How to Get Perk Card Packs

Perk Card Packs can only be obtained by leveling up, and are not for purchase. You’ll earn card packs at every other level starting at level 4 until you reach level 10. After that, card packs are given every 5 levels. 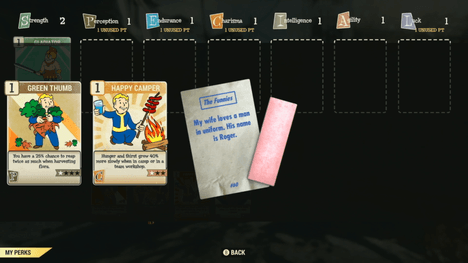 Each Perk Card Pack comes with four random cards and a piece of gum that includes a joke on its wrapper. The cards you get will be random, and may include perks that you can’t even equip yet due to level restrictions – but once the time comes you’ll essentially have that perk card free without having to spend a level acquiring the first rank.

Once you put at least three points in Charisma, you’ll have the opportunity to share active perks with the rest of your team. As long as your Charisma is three times the point cost of a perk card (for example, Rank 1 of Green Thumb costs 1 point, so you could share it with 3 Charisma. Rank 2 costs 2 points, so you would need 6 Charisma, and so on) you’ll be able to let your team reap the benefits of your card, and use it to plan effective strategies to synergize available perks.

How to Raise Card Ranks

Card Packs mean random cards, and RNG means duplicates. To raise the rank of your cards, you’ll simply have to combine duplicates found in Card Packs. 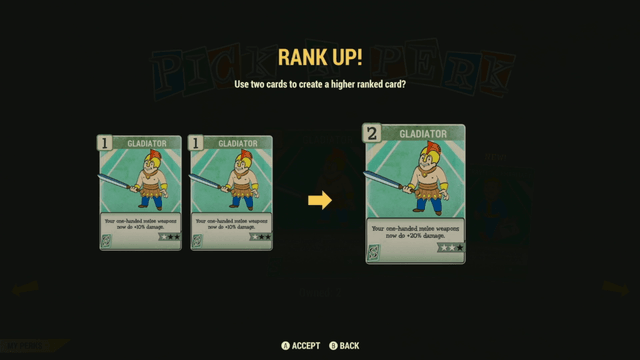 Below are all known Perk cards for each of the categories along with their known Rank changes.

Strength applies to your character’s physical power in melee and how much your character can carry. Below are all the known cards in the Strength section. 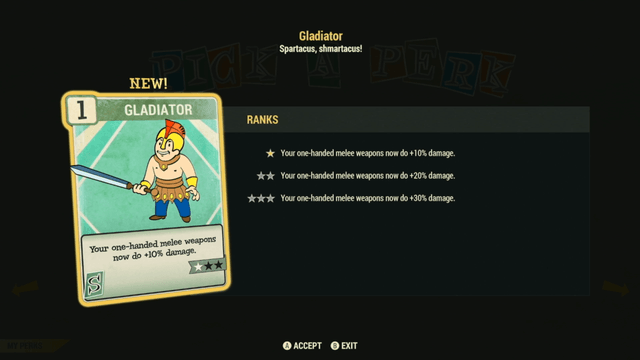 Perception applies to your character’s weapon accuracy in V.A.T.S. and your ability to detect other characters.

Charisma is quite different in Fallout 76 with a focus on group interactions — like sharing higher point Perks — and potential for better rewards and prices when bartering.

Intelligence determines your character’s ability to hack and affects the durability of crafted items and return from scrapping items.