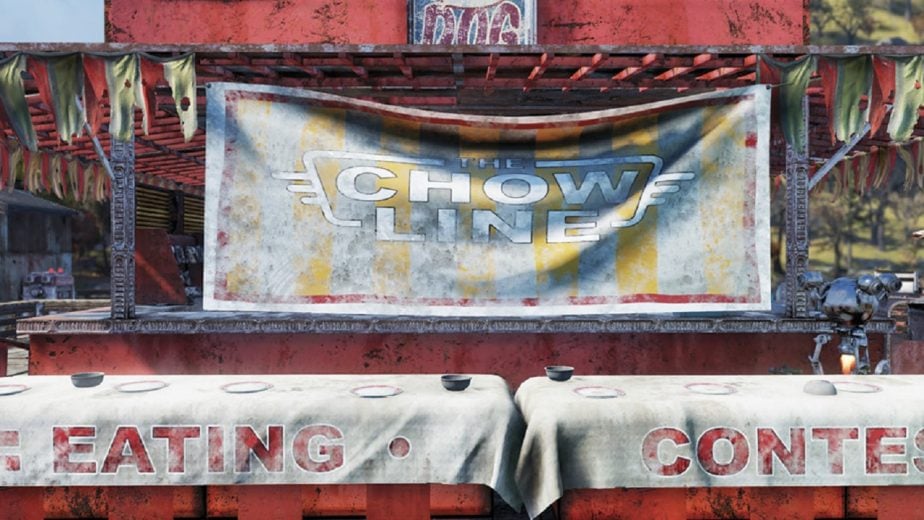 The first of the three Camden Park daily quests takes place at the park’s Chow Line. When you arrive, speak to Zoe, who will explain how this quest works. Essentially, it’s an eating contest of sorts. First, you need to take a paper towel. That will be the trigger to start a timer. Zoe will bring out six Moldy Hot Dogs, and you need to eat the all. Eating all six within 60 seconds will reward you with Mr. Fuzzy Tokens. You’ll need these later. 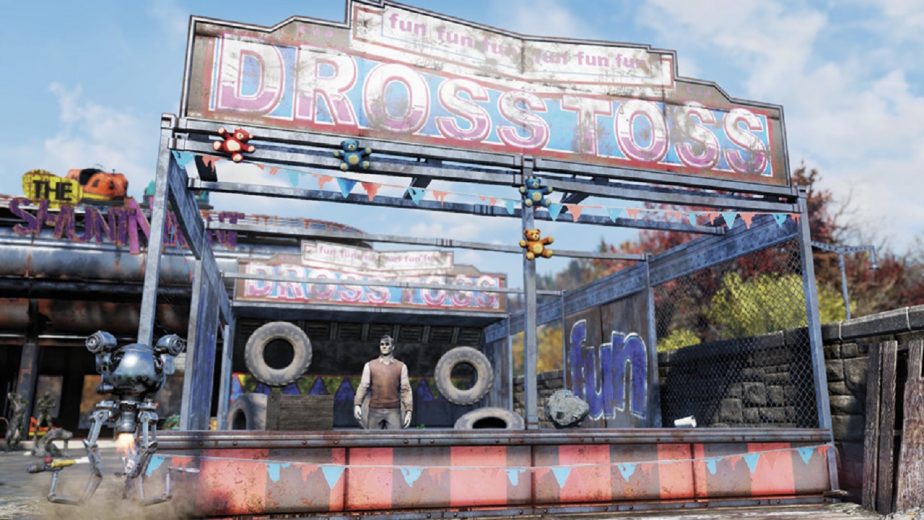 The second daily quest requires you to calibrate the Dross Toss game. Simply approach and speak to the robot attendant to get started. For this quest, you’ll receive a unique throwable item called Dross, which works like a grenade. You can pick up the dross on the counter to start the game, triggering a timer. Throw the dross into the old tires before the time limit runs out to receive more Mr. Fuzzy Tokens. 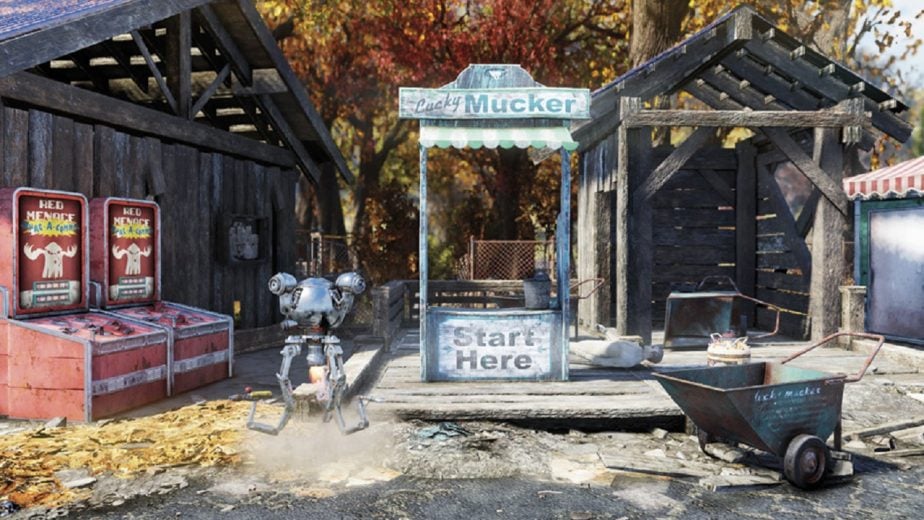 The third and final Camden Park daily quest involves the Lucky Mucker game. This event requires you to sprint to wheelbarrows and put coal into them. To make things a little more difficult, however, the wheelbarrows are scattered all around Camden Park. Speak to Zeke to learn the rules and then pick up a coal bucket to start. Doing so will start a timer; simply use the objective markers to narrow down the location of the wheelbarrows. When you’re done, head back to Zeke to claim your reward of Mr. Fuzzy Tokens.

With all three daily quests complete, you can make your way to the Boss of Camden Park to complete the Fallout 76 Mistaken Identity quest. You can also now take off your Camden Park Uniform and redeem your Mr. Fuzzy Tokens. This can be done at the terminals next to the Boss. A variety of items are available, including some unique weapons and outfits.