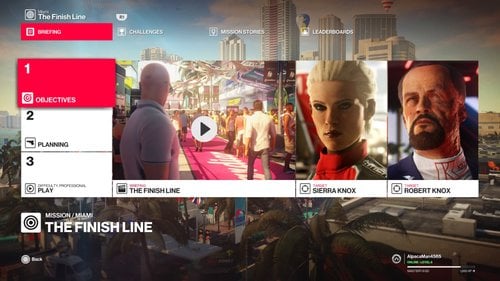 Robert Knox has a new robotics project underway that uses facial recognition to identify targets. In this story, you will disguise yourself as Ted Mendez, a defense funding consultant with the United States military, who is getting a private demonstration of the technology. 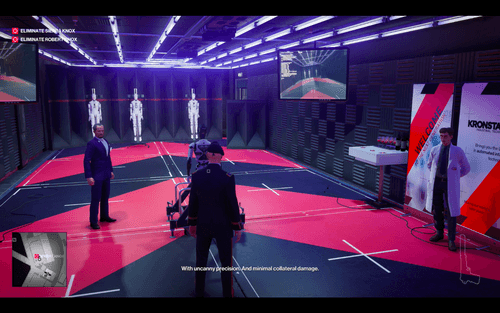 Once you spawn facing the entrance to the race, take a left and go down the stairs and through the tunnel that leads to the museum. To the left of the museum, you should see a dolphin fountain with a man dressed in a military uniform, that is Ted Mendez. 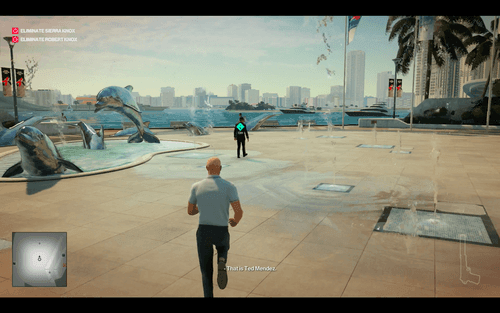 Follow Mendez as he walks towards the water and calls someone on his phone. Listen in to his phone call to begin the story. Once he finishes talking on the phone, follow him until he stops to take a smoke.

Once he begins smoking, subdue him and take his disguise. Drag his body into the woodchipper that is located in the private property section right behind you. 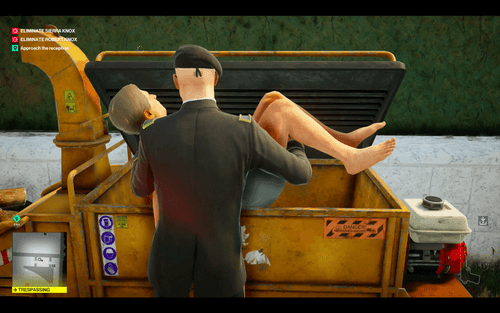 Now that you are disguised as Mendez, walk back over to the museum and go up to the receptionist just inside the door. She will instruct you to head up the stairs to your right. Follow her instructions and at the top of the steps you will be greeted by an employee who will take you to the demonstration 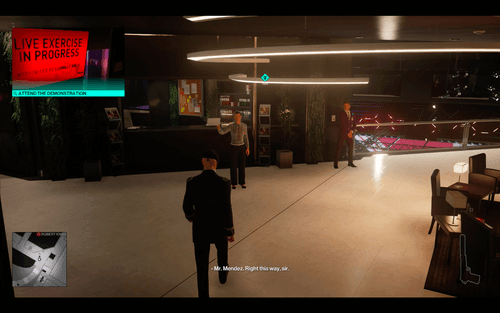 After Knox finishes talking, follow him to the lab. In the lab, you will see a picture of Knox on a table to your right. Grab the picture and head back to the demonstration room. 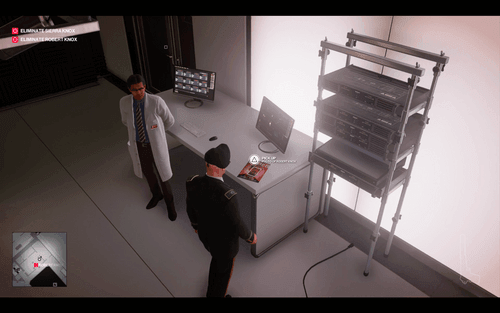 Request a new demonstration from the lab tech and he will call Knox in. Once Knox has arrived, he will instruct you to test the robot again as he stands in front of it. This time use the picture of Knox that you picked up and scan it into the robot. This will prompt the robot to kill Knox. 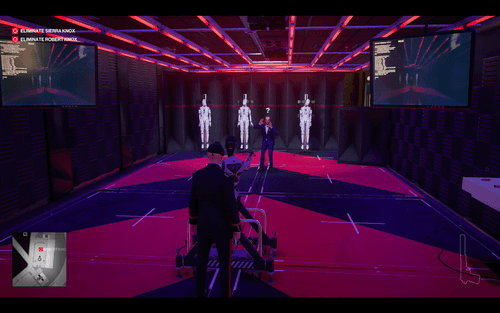 You will then be able to walk out the door unnoticed and Robert Knox will be eliminated.

There are 18 different ways to assassinate your enemies in The Finish Line mission in Hitman 2. Below are some helpful tips to accomplishing all of them!

Shoot the hook off of the fish trophy on the pier and hit Knox when he is walking by.

2. Better Burn Up Than Fade Away:

Completed in The Triumph Story

Grab the USB drive from Knox’s office and use it to disable the satellite dish. When Knox comes to fix it, push him off the ledge.

Completed in the Pretty in Pink Story.

Get a nitrous bottle from one of the garage’s and pour it in the Chili Bottles in the bar. Disqualify Sierra from the race, dress as her competition, and challenge her to a chili shot competition.

Serve Knox position when he comes to the Florida Man’s food stand. Make sure that you have the kind of poison that will kill him.

Steal the bomb from the security office’s safe right by the welcome entrance and then plant it on Sierra’s car (follow the A Perfect Machine Story). Go back to the spawn point and use the payphone to set a meeting with Robert Knox and at the meeting give him the remote detonator.

Put some poison in Knox’s eyedrops, and when he uses them he will die.

Completed in the A Perfect Machine Story.

Make the medic give Sierra too many vitamins when she comes in for her booster.

Equip a remote explosive before starting the mission. Follow the A Perfect Machine story and instead of loosening the tire, plant an explosive.

When Robert Knox comes next to the satellite dish, push him off the edge when he says Sierra’s name. This can be completed along with “The Message.”

Bring a sniper rifle into the mission. Set up on one of the overpasses and shoot Sierra.

Completed in The New Army Story.