When you arrive and head down the first flight of stairs in front of you, you will witness Pete consorting with the dastardly pirates from Pirates of the Caribbean. A battle kicks up that reveals that the only way to hurt these guys is to lure them into the moonlight. Try your drive forms on them to help the battle go quicker. Soon you will be heading into town and find Will Turner taking on some Heartless. Help fight them off, and Sora agrees to help him on his rescue mission to save Elizabeth. Go back to the harbor where you will meet the notorious Jack Sparrow. Once you set sail and take-off on the ship, talk to Jack and set a course for the Black Pearl. 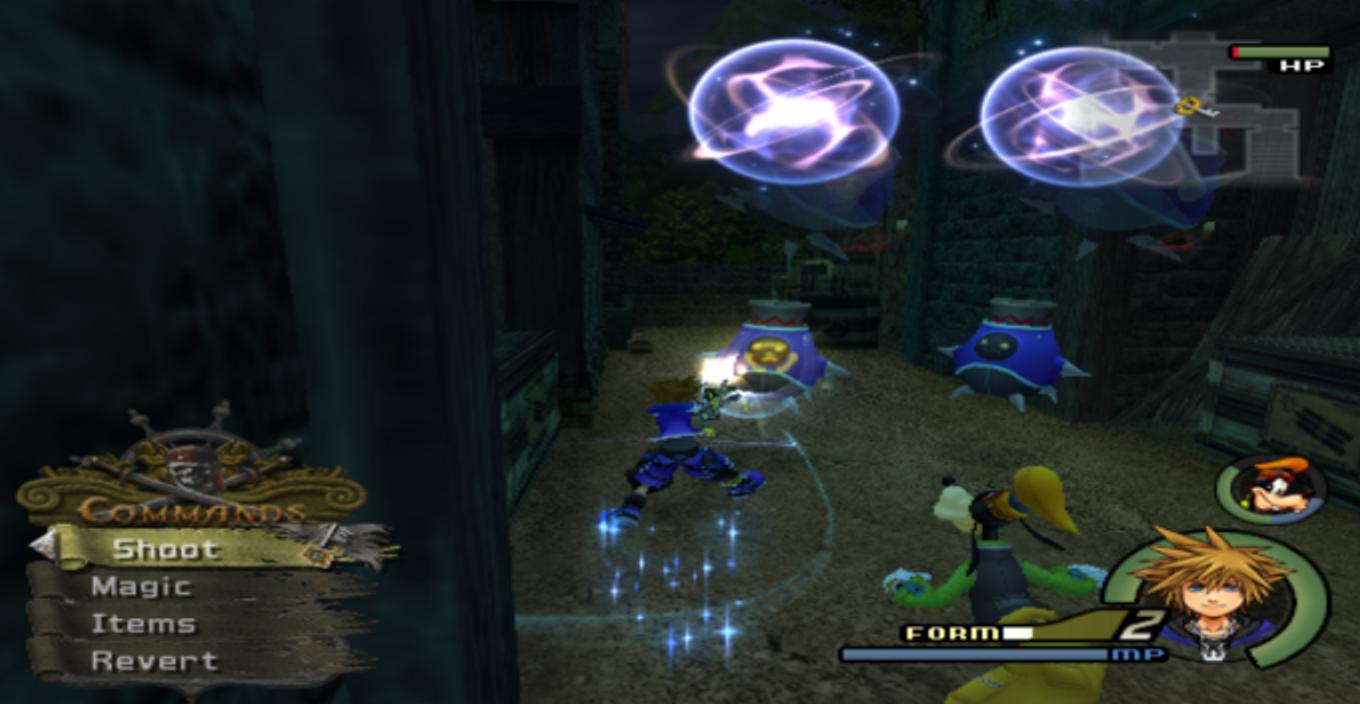 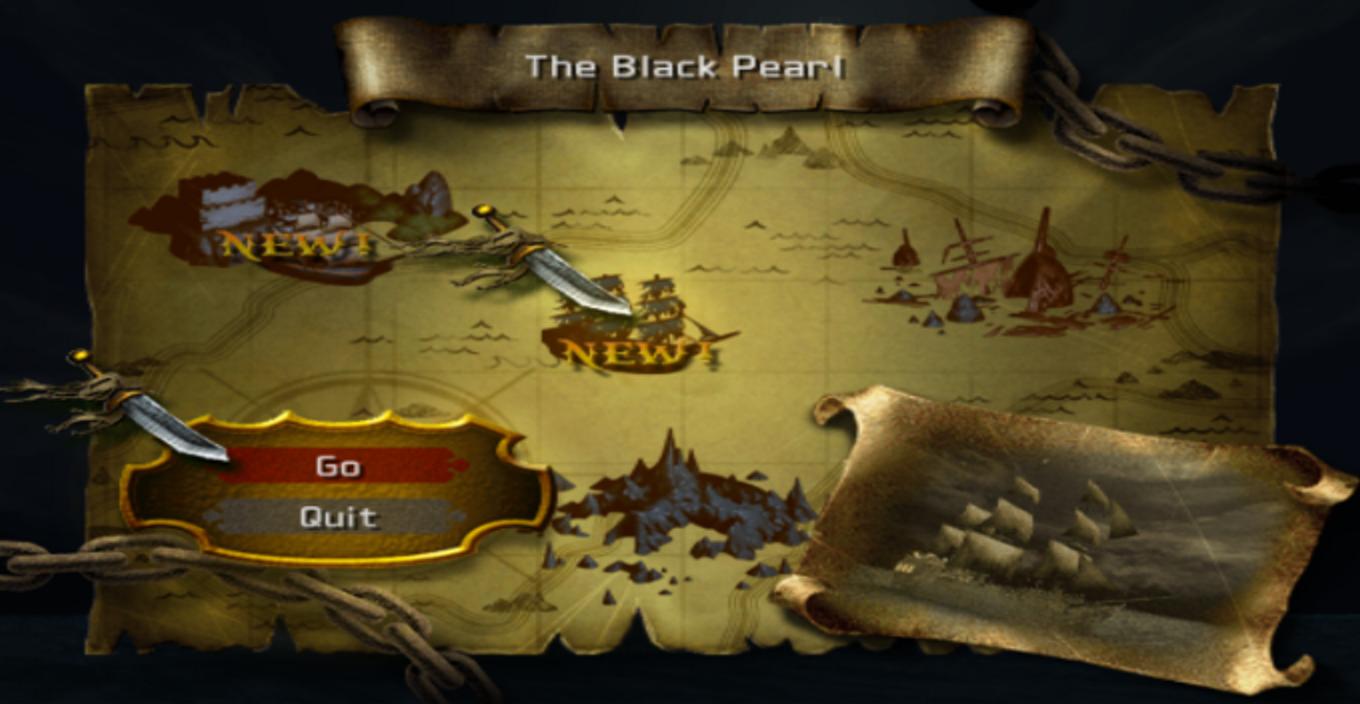 Once you reach the Isla de Muerta, get rid of the pirates and push onward to the back of the cave. Will Turner will save Elizabeth and everyone will leave for the ship. You set a course for Port Royal but the Black Pearl catches up with you. This will lead to a fight with pirates trying to board the ship, making sure to attack them when they’re standing in the moonlight. 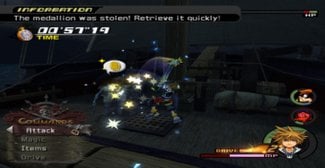 When Barbossa loads the Interceptor with explosive barrels, you must run around and get rid of five of them. Do this by running up to them and hitting TRIANGLE when you are near. Sora will kick the barrels away. Ignore the enemies as much as possible and just take care of the barrels. 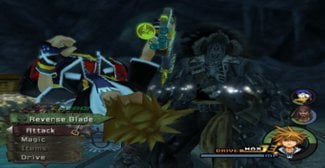 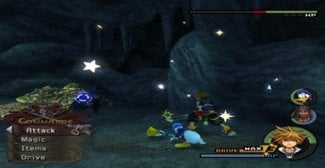 The crew then heads back to the Isla de Muerta and faces off against Barbossa. Jack is helping you guys out and it is a pretty cool fight. Pete shows up to lend Barbossa a Heartless that makes the cave dark. At this point you cannot find him so you have to find that Heartless to beat him up to bring the light back. Barbossa should be visible then and go drop some hits on him. The fight goes even faster if you use one of your Drive forms to take him down. Wisdom lets you slide around, do some fancy footwork and make Sora harder to hit. This will take Barbossa down in no time.