Welcome to the Kitaria Fables achievements guide. We have compiled all the achievements in the world of Kitaria fables for you in this content. If there is an achievement that you cannot achieve, please indicate it as a comment.

Kitaria Fables doesn’t have any missable achievements, so don’t worry about them while playing through the game and possibly spoil the story for yourself.

The following achievements you’ll unlock by just playing through the game. For some, I added some more information, but most of them are just based on the main storyline. There might be a few more that unlock during the main quests but for the list below I’m sure that is the case.

You’ll find him in the cave in West Paw Field.

For this quest you’ll need: 20 stones, 10 ironstones, 10 clay, and 10 hard shells. If you’re able to take all this with you at once you don’t have to go back all the time to the quest giver at River Bridge.

A Long-Lost Path
Open the tunnel.

Tricked by a Cheeky Merchant
Exchange a pearl for a pumpkin.

This can be a very challenging fight, but if you get the meteor spell (highest level fire spell) it becomes quite easy.

Is this the End?
Defeat the final boss.

The following achievements you’ll unlock the first time you kill a specific boss.

You can find this big slimy thing in West Paw Field. I defeated him with the first bow.

You can find this Orc Warrior in Forest Plantation.

You can find this guy at Blue Moon Lake.

You’ll find this boss on the “Fort Outer Wall” map during the night.

You’ll find him in the Mountian Tunnel.

You can find him in East Karst Hills.

You can find Chompy in Downstream River. I found him very challenging and beat him very late in the game.

You can find him in the Sea Cove.

You’ll find him in the Crystal Cave in the north area.

The following achievements mostly are just a matter of crafting them. In my other guide, you can find the materials and costs of those upgrades.

Can I fly?
Craft a wing accessory

You can find the Forest Guard Sword in a golden chest in the tunnel to the icy mountain and you can upgrade it for 75k Paw Pennies by the Pumpkin Potion Trader.

You can find the Noble Hunter Bow in a golden chest in the East Freshwater Swamp, at the side where the teleporter is as well and you can upgrade it for 75k Paw Pennies by the Pumpkin Potion Trader.

I would highly recommend first go for the highest fire spell, because that one is insane and will help you out a lot. You’ll get a few spheres from sidequests but in case you’re missing spheres (which most likely is the case) you can trade 10 Vengeful Souls for 1 Sphere by Timmy in Paw Village. A good spot to farm those Vengeful Souls is by going back and forth between West Freshwater Swamp and South Freshwater Swamp, because on the border of the South Freshwater Swamp you’ll always find 6 enemies which you can kill very quickly if you use the highest fire spell, meteor.

I used farming for hoarding pennies and unlocking those money achievements. You’ll need more money than the money achievements let you to. I started with farming a lot of Corn, and after I unlocked pumpkin I switched to that one, it is harder to buy because you have to wait till it is night on the third day, but when you can buy a bunch it is worth it because they give the most money.

Every third day you can find a Merchant in Paw Village during the night which will sell 2 backpack upgrades.

I got this after a fight on the beach, but I had also opened a lot of gold chests before that fight, so not sure if any of those contained a bow skill.

A Friend to All
Complete all the side quests.

I’m not sure where they all unlock but I had opened all the gold chests and got this very far into the story.

This achievement took me some time to grind, even after done the grind for Vengeful Souls. I did go back to that same spot in the Frehswater swamp area to farm enemies as fats as possible. 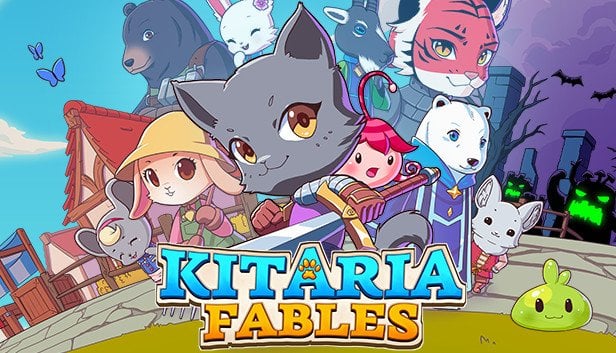