This build is mostly suitable for hunters who, for any reason, don’t have time to sheath weapon to heal, too stingy to use potions, or in my case, have an OCD to keep my potion inventory at maximum.

This build utilizes the popular Super Amped Elemental Discharge (SAED) due to its high damage and synergy with Health Regeneration augment. Hence, most of the offensive aspects of this build will be similar to those builds. It works best with SAED build because the phial explosion deals blast damage (similar to bomb damage / blast proc) which is not affected by sharpness nor critical, and will always deals the same damage regardless of where it hits. And since we won’t have to worry about sharpness nor critical skills, there will be more slots for other skills.

Equipments
These are the equipments for this build: 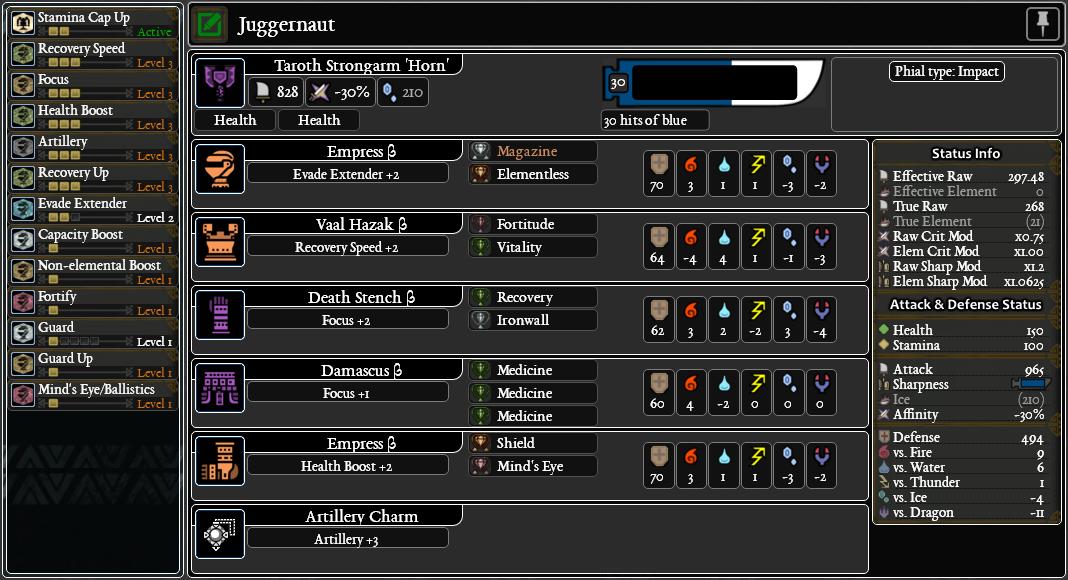 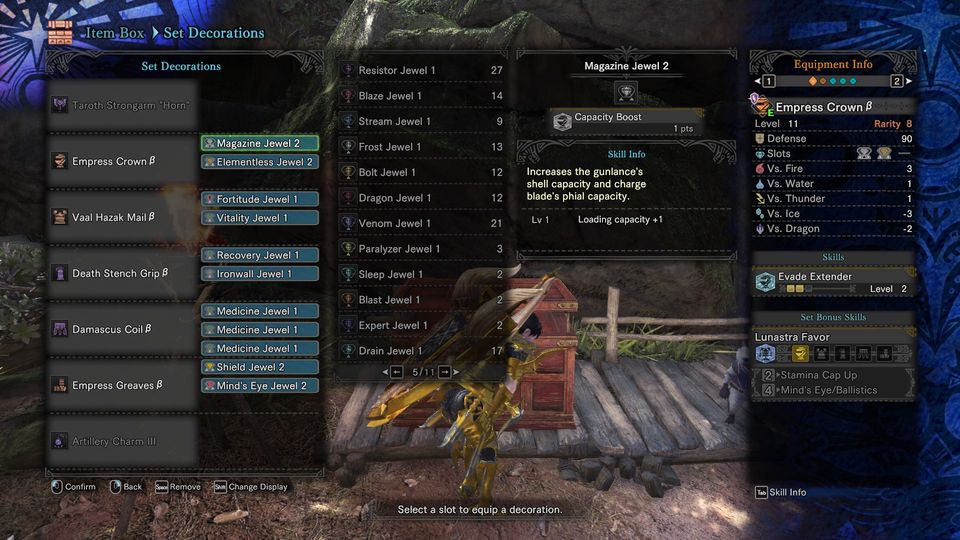 Most of the equipments and jewels in this build are not that rare, for the exception of some special skill jewels like Mind’s Eye and Guard Up, which are optional and can be replaced with something else.

As alternative, you can replace Taroth Strongarm ‘Horn’ with Diablos Tyrannis II for similar stats except for lower defense bonus (+15 instead of +25). You can also replace Death Stench β arms to Kushala y arms for slightly different stats and an extra Lv. 1 decoration slot.

Increases the amount of healing from all sources even further. The exact percentage is unknown, but you’ll notice the difference from this skill, clearly.

Increases phial explosion damage even further for about 10-15%.

At a glance you might think that with mostly defensive oriented skills, the damage output might be low. But once you actually test it, you’ll be surprised.

The disadvantage is that SAED is hard to use against small or fast enemies. Also, your regular sword attacks are weaker than usual due to -30% affinity, though in this build, sword attacks are mostly used to fill up phial rather than to do the majority of the damage. If needed, use AED instead when it’s not possible to land SAED. 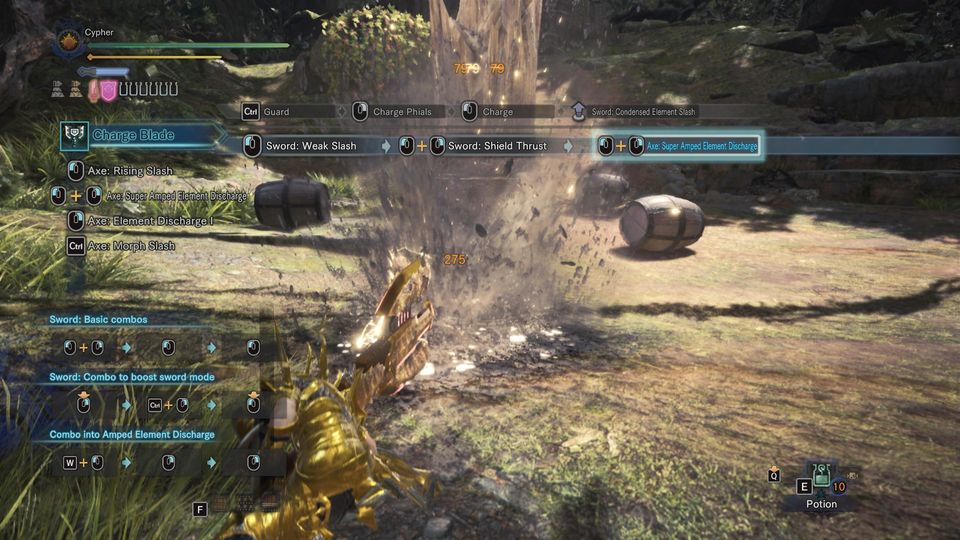 This is done with no external buffs aside of charms and talons. Note that the axe slam for 275 damage (ignore the initial sweeping attack which does almost no damage) and the phial explosion for 79 damage each hits, with 474 total damage from 6 phials. If we use this as basis for the calculation, then we will get a total of 749 damage. Then we have Health Regeneration augment which will convert 15% + (15% x 130%) = 19.5% damage to healing. The result will be roughly 146 health recovery.

Of course in actual application, the axe slam will rarely do that much damage since it will be affected by target resistances and negative affinity. At average, the axe slam will do about 100-175 damage. If we count only on the phial explosions, which will always do fixed 79 damage, then we will have 474 damage and roughly 92 health recovery. And that’s still excluding the bonus from Felyne Medic buff.