These modes’ very existence is kept secret from players who haven’t finished the game, but if they have, well there’s still spoilers if you consider rewards you get and enemies you face to be such.

What are These Modes and Why?

Nightmare of Decay has two extra modes(beside randomizer). These are unlocked upon beating the game and each have a campaign reward past a certain level.

Horde mode and Dungeon mode level 10 give you the rocket launcher and thompson in campaign.

As per those, and to extend the incredible value of this game, these modes are great additions.

A successful run will take around an hour for each mode.

These gamemodes are very difficult and have no saves, so you must perform to a great level for an extended period to beat them. They both require good tactics, economic management and obviously, aim.

The modes are both based around every kill being worth a certain amount of points, which allows you to buy heals, weapons and ammo.

In Horde mode, unless you get a multikill or the criticals with the rapid fire weapons, you will not earn more than you spend shooting, and obviously won’t pay back the cost of your ammo, let alone heals. Hence, you want to multikill zombies whenever possible More details on weapon use in the next section.

In Dungeon mode, every floor(level) has a bunch of rooms, each of which has a certain amount of enemies within it, and you get 400 credits for clearing a floor, additionally, everything is significantly more expensive than horde mode, being almost double. To make up for this, the mode does have plentiful drops of ammo and other supplies in the rooms you clear. Additionally, there are boss floors. These floors require you kill a boss before the door unlocks so you can move to the next floor.

I would advise you to try to clear every floor unless you’re in a real pinch, have a bunch of spare points, and have the exit already revealed and unlocked. Every floor makes around 200 credits and that’s not very much, so if you’re most of the way through and can make the rest, do it unless you have a lot of points and few supplies. If you get to the next floor but are still poor and underequipped you’re dead anyways.

Dungeon mode ends at the tenth floor giving you the Tommy in campaign, Horde never ends but gives you the RPG in campaign by the time you complete Wave 10. This means that when you finish floor 9, you should buy all the ammo you can for all your guns, along with a very good amount of heals.

You take more damage in Dungeons, but you also find free drinks. This means you ideally are starting the later floors with 6-8 drinks and Fine hp. Also beware: you will not have access to kits in dungeon.

You have your survival knife, your crowbar and your Machete.

We buy the Machete late into horde or just skip it, since there are safer(albeit less effective) money makers, though saving ammo is still important, you can use it to finish off stragglers from group kills.

Horde mode moneymaking: 3 shots is 25 points. However, after lining up a bunch of zombies, you can shoots 2-3 shots to kill ~15 of them if you can funnel them down a tight hall and shoot through them. This makes it a rough 300% ROI on ammo. This is my primary way of gaining money.

It deals a lot of damage, this means you can quickly dispatch dangerous long range opponents with it, and most of them will fall in one hit, or you can dispatch big sword wielders who you don’t want to engage up close. Either of these situations can be handled with the automatics which will also give you greater mobility, but the Magnum is safer, and taking damage costs a lot in these modes.

The one tap potential means you can negate grabs provided you don’t freak out and miss, as well as quickly kill one or two enemies blocking your path while running from a larger horde. Use this gun for that and rapidly eliminating high value low hp enemies such as cultists, unshielded skeletons and spiders.

Auto: Thompson and Pistol: You spawn with the pistol, and the thompson is effectively a very slightly higher damage pistol that can fire full auto and has a 50 round mag. These weapons are good for praying for that critical one hit headshot or dumping into approaching enemies to stun and slow them down while backpedalling/dodging. However, you only really want to do the backpedal and spray when you’re out of power weapon ammo or need to reload those and don’t have the space.

Horde mode use: These weapons do only a bit better than break even on ammo if you kill basic zombies with them, but for higher value zombies that still have low health ie skeletons and cultists, they are a nice choice roughly equivalent to the shotgun.

The pistol is good for groups of 2 ideally, while the tommy is good for 5 or even 10. If you don’t feel like you can kill all of them, try to distribute hits evenly to stun all of them, buying you time and distance.

The pistol is more than good enough for the first half of Dungeon and as a precursor to the Thompson in Horde, though I never waste time buying pistol ammo and swap to the tommy once ammo runs dry in horde and rely on pickups in dungeon.

As previously stated, try and clear every floor, as you’re going to need to face down bosses eventually and it’s quite easy to leave a floor with more supplies than you started with if you clear it, which you 100% want.

Generally you want to have 2 magazines of every gun you have on you, though if you are on lower floors or have 3+ guns, it is fine to carry a bit less on a few. You also want to constantly ramp up your heal stock, ideally ending up with at least 8 at the start of floors toward the end.

Enemies in a room aren’t immediately aware of your presence if you haven’t fired and they aren’t looking your way or are far. Use this to take out high value targets before they react and engage parts of the room rather than everyone at once. Think of it like R6 siege.

Dynamite is a godsend, as it is available free and from early on. You can light a stick, open a door and toss it in, it will only aggro enemies when it explodes. Listen to the door to find out if a room is dangerous enough to warrant such an opening.

Clear out every floor that you can clear out. The bonus money and drops are normally more than worth the investment and will be necessary in the next floor.

As previously said, you want to take out fast moving /long range/high hp enemies ASAP, and build up a train of normal zombies, run them through a tight area and use the revolver to take out a huge group.

The game doesn’t spawn more enemies when a certain amount are alive, so you want to reach that point of no more spawns and then take out the whole group in a few revolver shots/explosives, then run outside to a central area in the map where you can easily take out high value targets soon after spawn and won’t get boxed in. Rinse and repeat. You don’t want to be killing zombies with the pistol/tommy/shotgun if you can avoid it, use those only when not killing a particular enemy immediately will cause hp loss.

You generally want 1 drink in your inventory, a kit starting with around round 4, and 2 drinks at round 6 at the latest, slowly escalate to around 4 by round 10. I personally also like to have around 15 revolver shots and 150 ish tommy rounds. Roughly 18 shotgun shells is also good.

Both of these modes come with the normal horde zombies which are the most common and least dangerous except when you get grabbed by one when 3 others are close. Midway through the dungeon where you may find yourself fighting goats only. This is a list of all of the particularly interesting and dangerous enemies I found and how to fight them:

Being relatively easy targets when alone, they reward you generously for being killed. Still, kill them asap with a thompson or shotty since they do move fast and will throw off your rythm.

There are also spear throwing goats particularly in dungeon. They are a priority target as they are long range and have good hp. You can continually stun and kill goats with autos or use the shotgun to one tap them with a clean headshot, but the shotgun isn’t 100% reliable and slows you down while pumping, meanwhile the autos take time to kill, these make it easy to get overwhelmed when you’re facing around 3 goats and one of them is sniping from afar. Take the spear goats out asap.

TIP: he’s not immune during his spawn animation afaik. So you should 100% pelt him with rpg’s and revovlers, though do take care to at least reload your revolver. 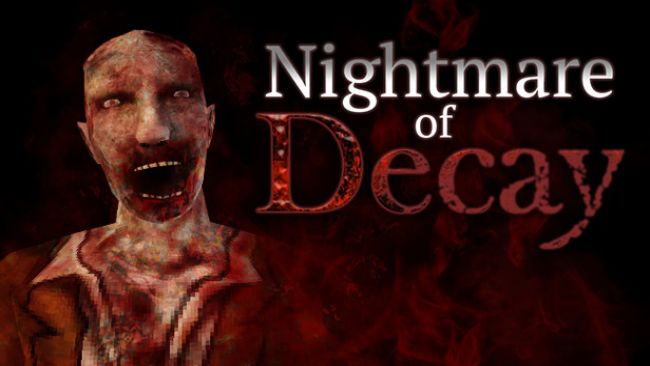