Select Your Name and Gender

The game begins in your home in Pallet Town. Starting the game, Professor Oak will have you give a brief introduction to the world of Pokemon before having you select a gender and look of your character as well as a name. 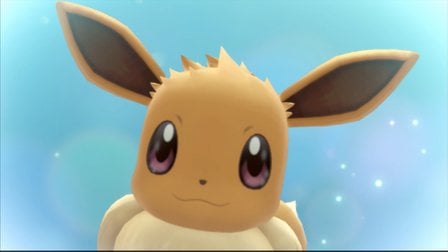 After naming yourself, you’ll also be introduced to your rival and friend who grew up next door, and will have a chance to name him as well.

After finishing up the introduction to the game, you wake up in your room in front of your Nintendo Switch. 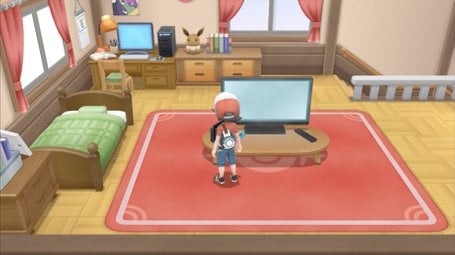 As you head to the top of the stairs, you’re met with your rival. He says that today’s finally the day you get your first Pokemon and become Trainers. He head’s off to Oak’s lab to receive his Pokemon.

You can speak with your mom on the way out the door, but she doesn’t have much to add.

Head over to Professor Oak’s Lab, where you’ll find your rival waiting for you next to a table with two Pokéballs, however, the Professor is nowhere to be found.

You’ll find him to the north of town just beyond the first patch of grass. After speaking with some wild Pidgey, he acknowledges you behind him. Just as the two of you are about to head off to get your first Pokemon at his lab, a wild Pokemon (Eevee or Pikachu depending on your version) appears and attacks. 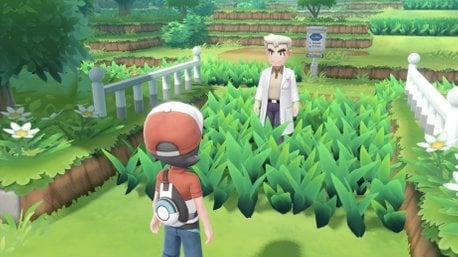 Oak takes the opportunity to allow you to practice capturing a Pokemon.

After capturing the Pokemon, the Poke ball begins bouncing behaving strangely and bounces away.

The two fo you head back to the lab, where your rival informs you that where there were two Poke balls on the table before now there are 3.

Head over to the table and select the jumping Poke ball containing the Pokemon you caught.

As you reach out to touch the Pokeball, your Pokemon emerges, uncontainable by the capturing device. 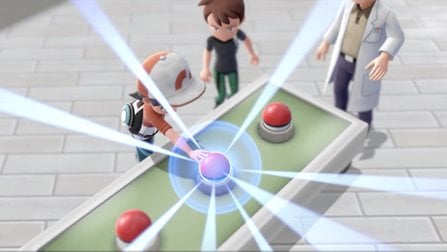 Your Pokemon is added to your party, and your Rival chooses the opposite Pokemon, be it an Eevee or Pikachu, of whatever Pokemon version you have.

As you go to leave, Oak gives you and your rival Pokedexes, a device that allows you to record all of your captures as you go out on your adventure.

Exiting Oak’s Lab you’ll talk to your mother, where she’ll meet your new Pokemon, as well as give you the needed Town Map. She tells you to be safe and allows you to go on your way. 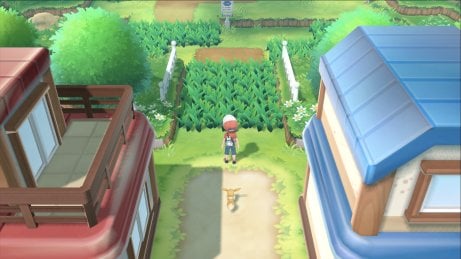