Only by destroying the eyes located on the monster’s stomach you can deal real damage to mutated William.

After obtaining a G-virus vial in the Nest, you will face a level 3 (G3) boss fight. This is the penultimate battle in Resident Evil 2. You will get to a large arena. The key to defeating your opponent is to have strong ammunition and good weapons. Just shoot in the eyes of your opponent’s body: hit his eyes on the legs, eyes on the back and on the shoulder. When you inflict enough damage on him, there will be many eyes on his stomach – then inflict as much damage as you can in the center of his body. You will have to repeat the process several times before the enemy is defeated. 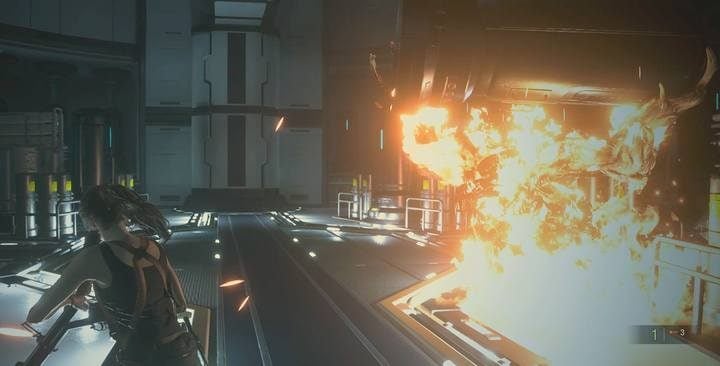 Device in the train. 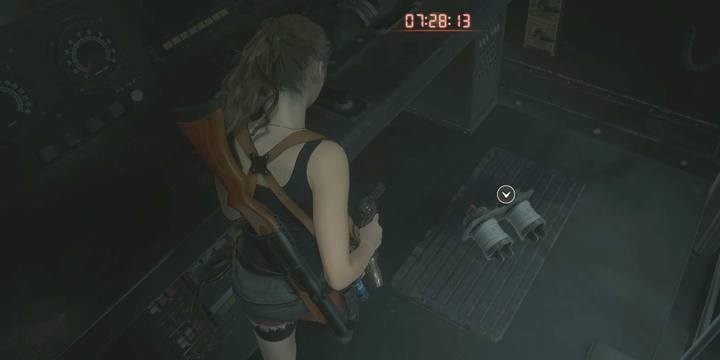 While Leon in the last fight in Resident Evil 2 is facing the Tyrant, Claire will face the boss in the last phase of G4. When you reach the yellow locomotive, go inside and take the device from there. You will install it in the control room next door and the fight will start. 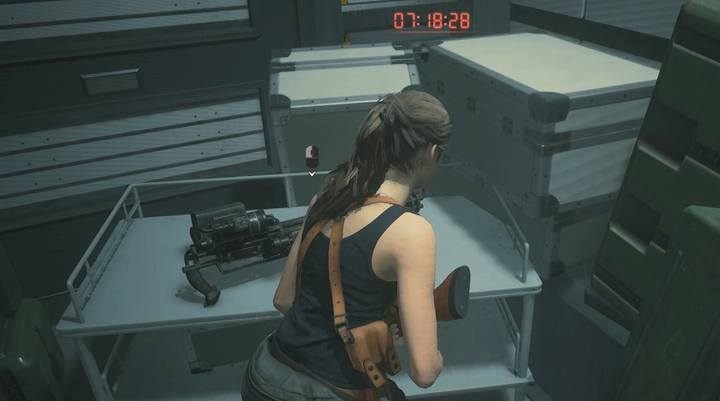 Take a mini-gun from the chair in the control room if you have a place in your inventory. At the normal difficulty level, weapon should be sufficient to defeat your opponent with the available ammunition (you don’t have additional ammunition above what’s in the weapon) if you don’t abuse it. 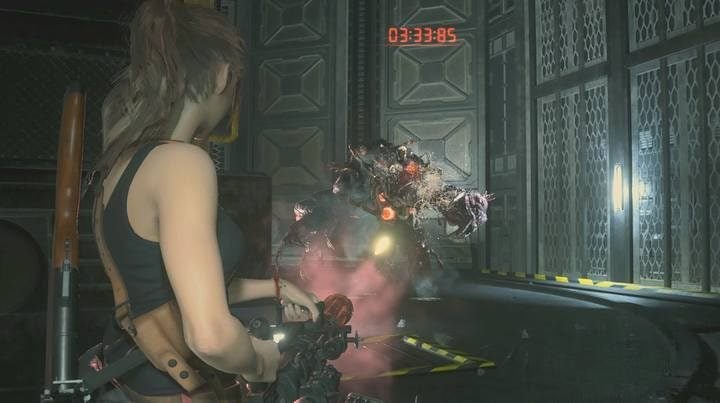 This fight is not difficult (pay attention to the amount of time remaining): the only sensitive point of the monster is his stomach. To protect yourself from enemy attacks (mainly long charge), hide behind the train. Frag grenades are also good choice here.

It may be hard to defeat the last G4 boss without the minigun.
Attention – when playing in the “2nd Run” mode it is worth to save about 100-200 cartridges in the mini-gun, because in the last stage you will be faced with a mini-duel with a boss in the G5 phase. It will only consist of shooting at one point: if you don’t have the right weapons/ammunition to complete this stage you will have to restart this sequence.

Leon, in the final stage of the game you will face the Tyrant. Once you’ve passed the previous boss, follow the passage to the point with save game writing machine: take everything you need from the storage, especially medical equipment.

Monitor your time all the time, cause when you get around 3 minutes you have to intensify your attacks.
When you reach the lift, the fight will begin. The arena is not large, so it’s not easy to avoid opponent’s blows: however, focus more on dodges than on attacks. 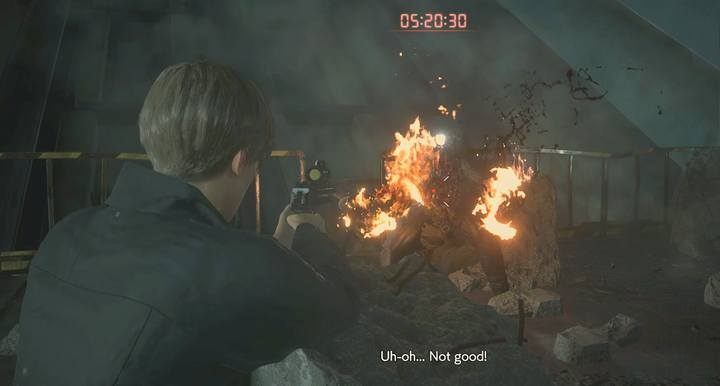 You will get rid of Tyrant by using a rocket launcher (dropped by Ada).