Please note that this guide is a work in progress as the game was barely released a few hours ago. This guide will be updated as soon as possible.

You will get an achievement for completing each of the 5 parts of the game.

All story related achievements are unmissable!

Part One
Started Part One

The first part of the story “Part I – A Friendly Place” will start right after completing the “Prelude – An Unexpected Story Begins”.

The second part of the story “Part II” will start right after completing the “Part I – A Friendly Place”.

The third part of the story “Part III” will start right after completing the “Part II”.

The fourth part of the story “Part IV” will start right after completing the “Part III”.

The fifth part of the story “Part V” will start right after completing the “Part IV”.

The following achievements are missable, as they have special requirements that need to be met in certain parts of the story and once you progress past that part of the story, you can no longer go back and achieve them (unless you are using a save game for a specific part).

This achievement can be unlocked during the “Prelude – An Unexpected Story Begins” part of the story, while you are playing as Boybrush.

In order to get this achievement you will need to get the pegleg with the outhouse key item that’s hanging on the hook on the left wall inside of the Scurvy Dog shop. 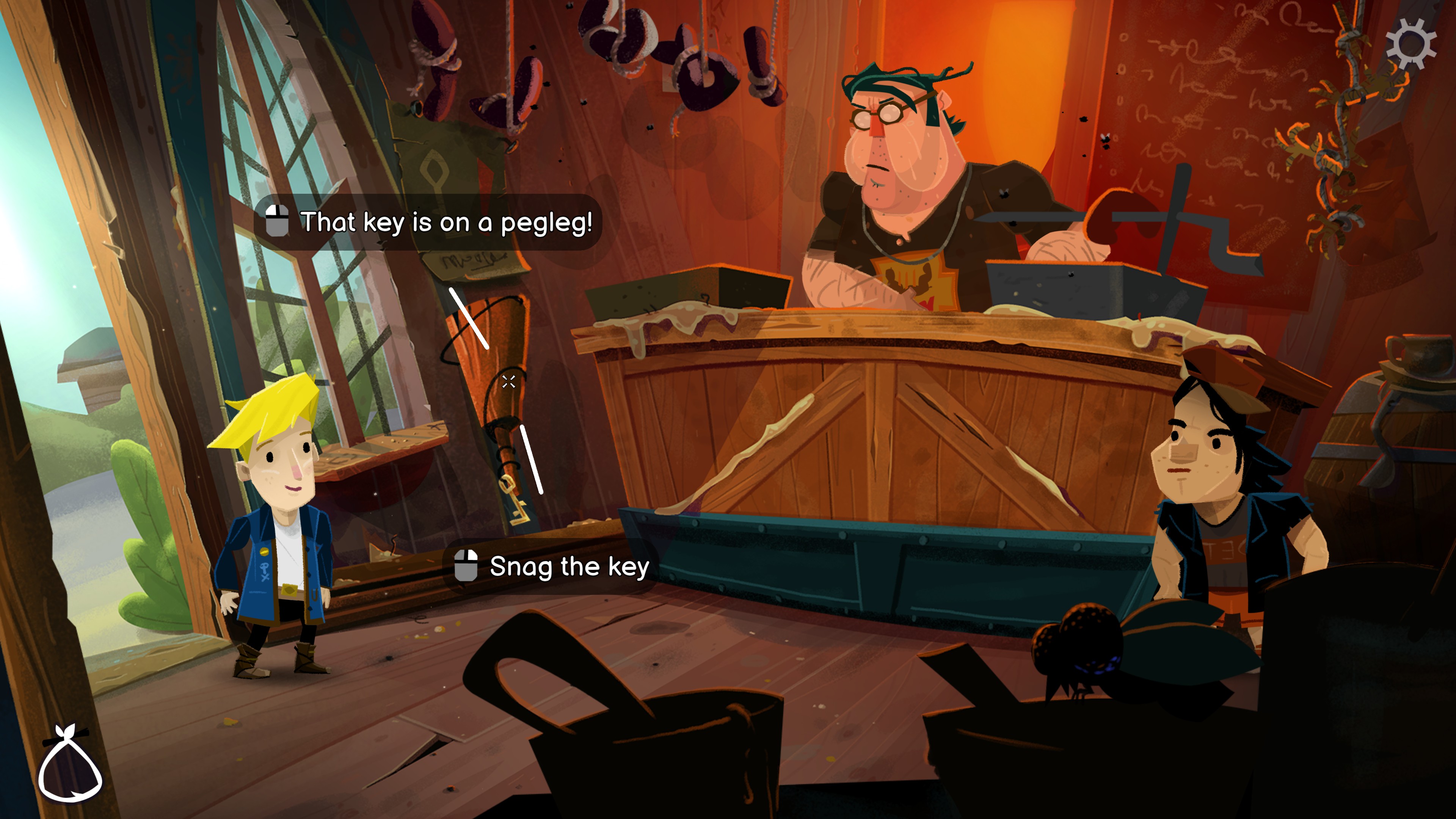 Once you have the key, go outside and use it to unlock the door to the outhouse. Afterwards, go back to the shop and place the pegleg with the outhouse key item back on it’s place on the hook. 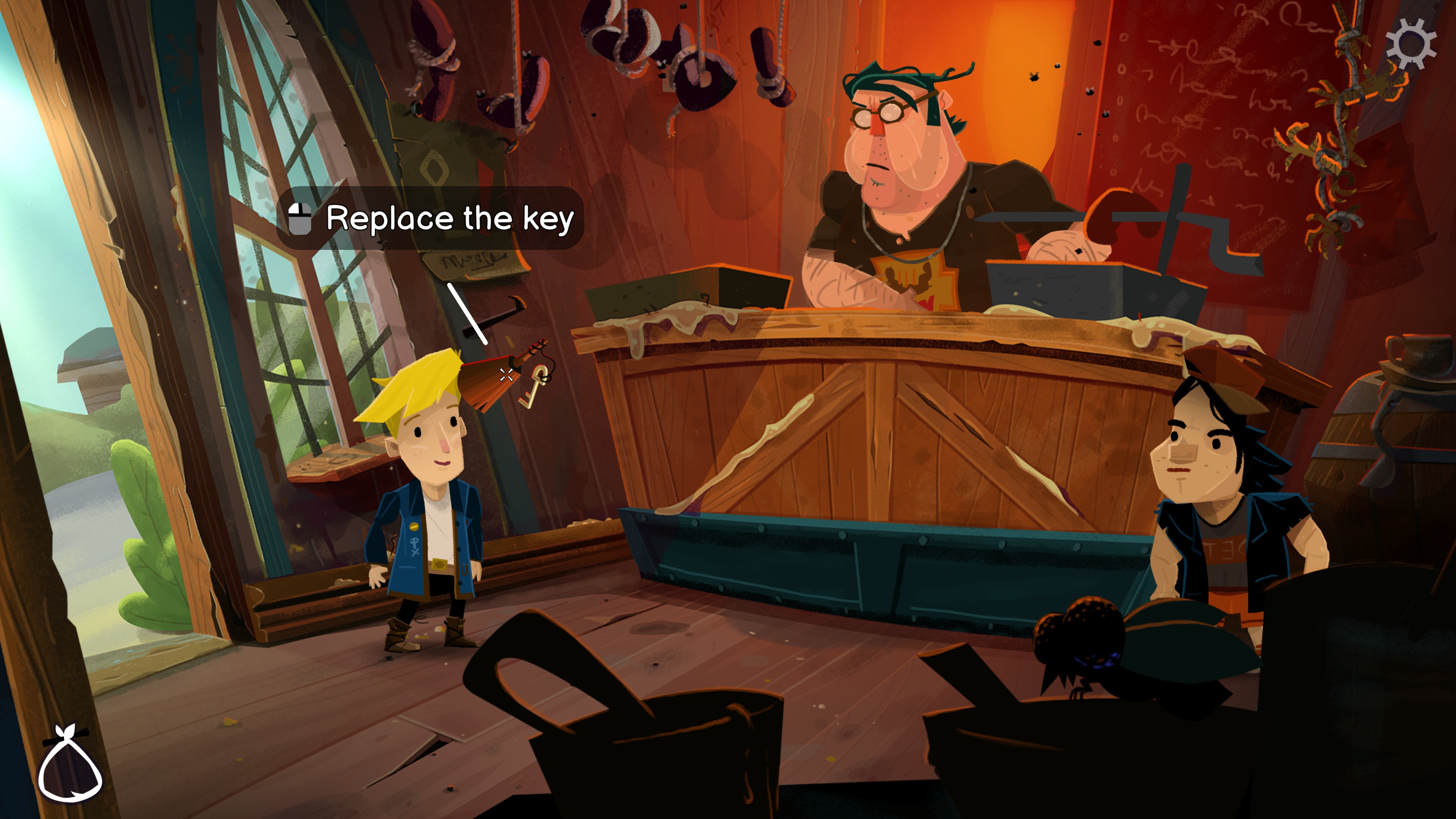 As soon as the dialogue ends, the achievement should unlock.

This achievement can be unlocked during the “Prelude – An Unexpected Story Begins” part of the story, while you are playing as Boybrush.

In order to get this achievement you will need to advance with the story until reaching the park area and have your to do list updated by Dee. From there, go to the right side of area, on the grass patch with a sign where you will find the four-leaf clover. 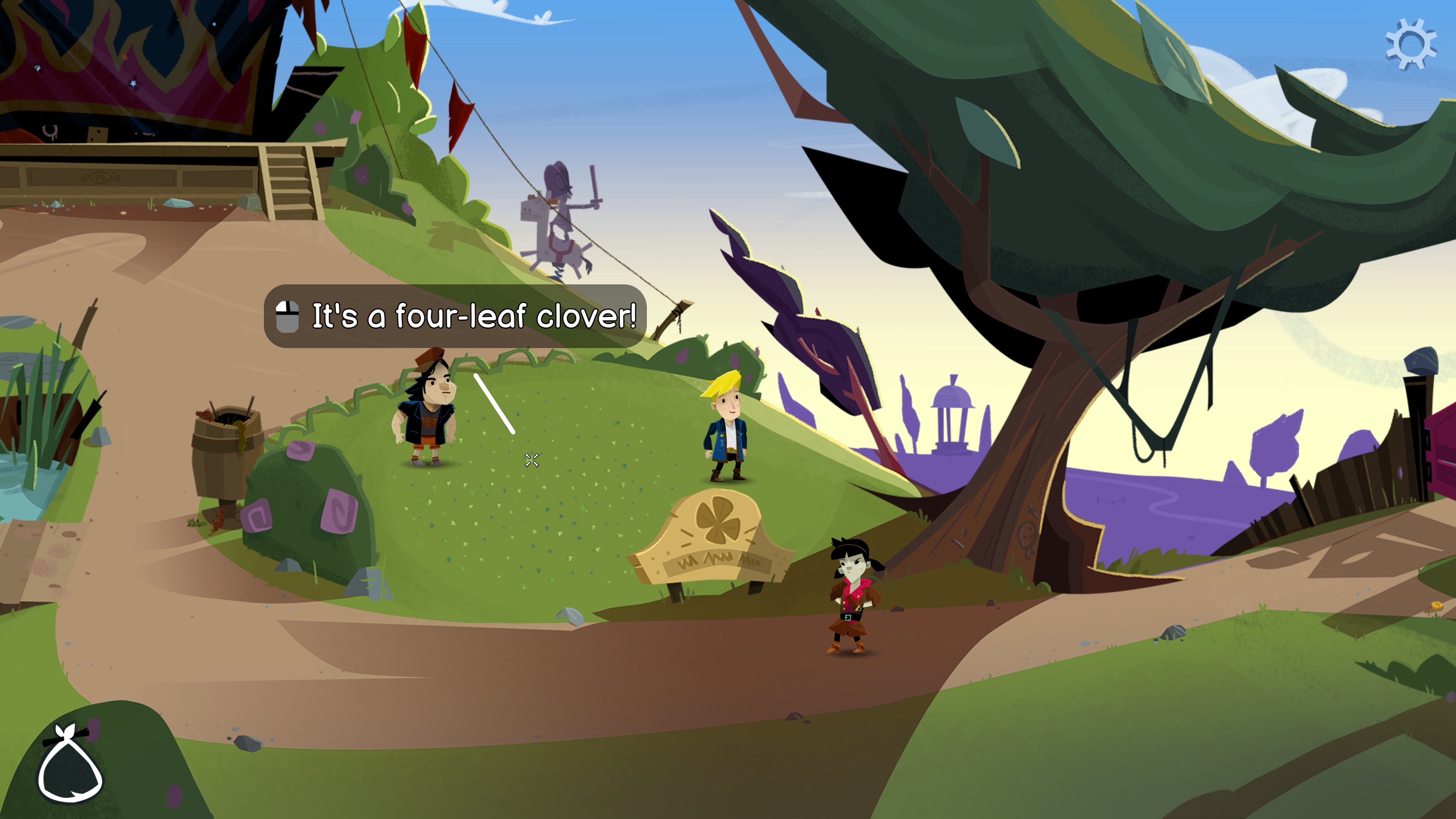 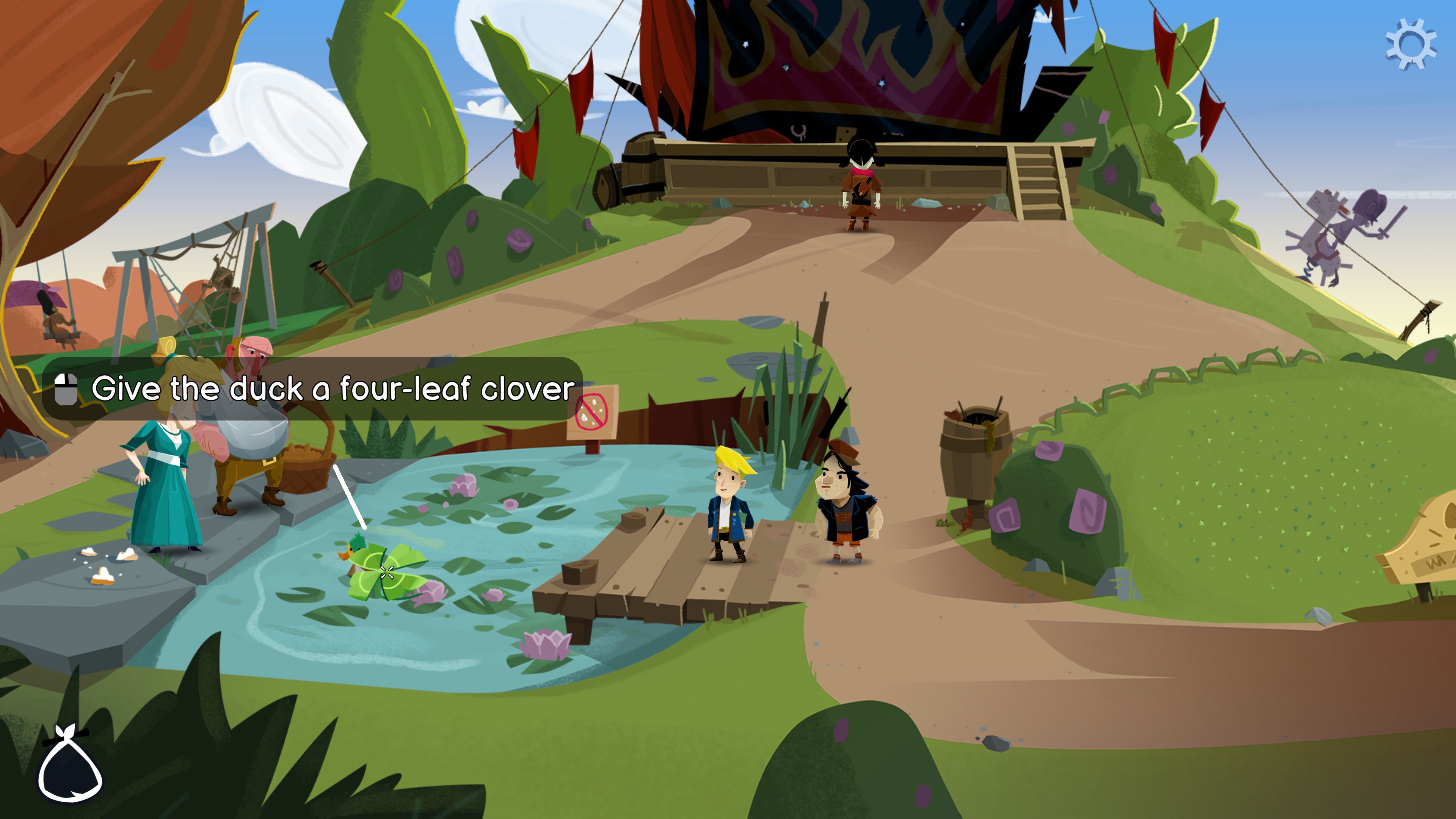 As soon as the duck gets its new look, the achievement will unlock.

Fan Service
Convinced Cobb To Tell You About LOOM

This achievement can be unlocked during the “Part I – A Friendly Place” part of the story, while you are playing as Guybrush.

After the failed attempt to bargain for finance with the new three Pirate Leaders, Guybrush will angrily exit the Scumm Bar into the Docks area. Head towards the Low Street area where you will meet Elaine. After exhausting her dialogue options, head back into the Docks, enter the Scumm Bar and you will find there a new character: Cobb. 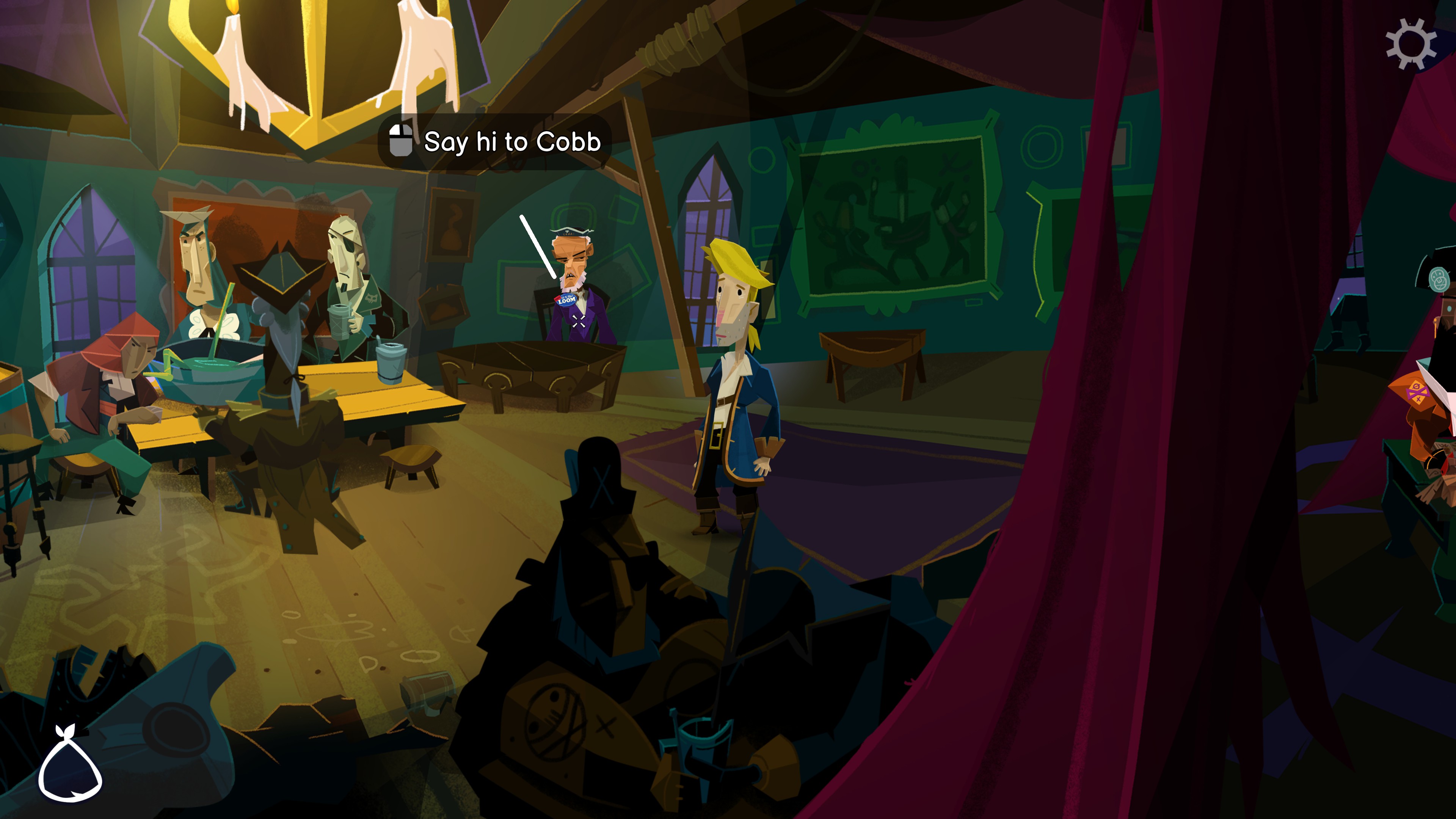 Say hi to him and then choose the following dialogue options:
1. Tell me about LOOM.
2. Then why don’t you take off the “Ask Me About Loom” button?
3. Oh, come on. Tell me about Loom. For old times’ sake.
4. Say It!
5. Saaayyyy it!

After finally getting him to tell you all about LOOM, the achievement will unlock.

In the bar talk to the guy in the back with the Loom badge. Keep asking until he says it.

When the cook is busy preparing the meal, grab the mop and try to leave the bar.

Use the monocle from Wally to read the serial number from the lock in the jail. Then get a key and free him.

Talk with Wally about all the maps and items in his shops. Also the globe and his cartography tools plus the medal on top of the door,

On the ship in the very first room mop the fat. Your “boss” will spill it again. Keep mobbing it 20 times until the achievement appears.

Document 8 messes. Remember, you can only put 5 on the list, so save before doing it, so you can resume: (only found 6/8 so far)

Before repairing the ship to sail with Elaine, go pick up the skulls from the theme song

Back on Melee Island go to the Governor’s house. There will be citizens waiting. Stand in line and wait for 3 minutes!

After the chef made the Scorched Alaska, eat it. You have to click a few times to make Guybrush do it!

Get hired by Iron Rose at the end of Part 2 with every possible mop head (requires reloading a save); a Voodoo Head, Sponge, Pile of Rope and Stuffed Dog.

Read and then (repeatedly) kick the “L+E” tree on the Monkey Island beach.

Continuously renter the fish shop so the Lumpsucker can slowly crawl to the door.

Repeat the “Ahoy!” dialogue when meeting the quarantined pirates 21 times.

Give Gullet’s poems to the museum guy.

In the hold : feed the right chicken and return later to find a mess
Grease on the floor and grease on the porthole count seperately 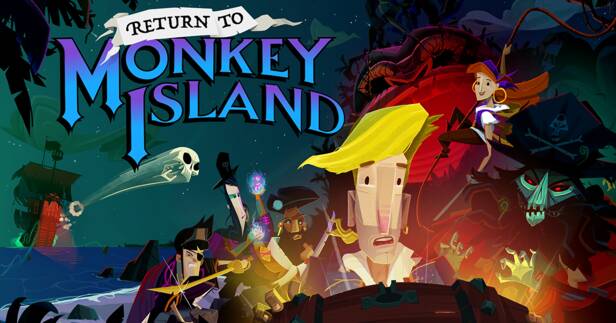