I’m a Collector Myself

You’ll get these if you beat the game on the specified difficulty and they unlock as soon as you beat Ameonna.

Lower difficulties are also unlocked. For example, if you beat the game on Hard, you will also get the achievements for Easy and Normal.

Complete the game on I Have No Fear difficulty

Complete the game on Who Wants Wang difficulty

Complete the game on No Pain No Gain difficulty

These are bosses that will be defeated as you progress through the story.

King of the Dragon Mountain

Each of these bosses can be found during the mission stated in the description of the achievement. If you miss them, you can still find them by going to the mission selection screen and clicking Free-roam on the desired mission.
Some of these you will come across while completing missions, but most missions can be completed without ever seeing them.

I had originally given vague descriptions of where I found each boss before I realised they appeared in random places, so I can’t give you exact locations. However, check the introduction section for some useful map-related console commands and keep an eye out on the map for this icon during missions:

This boss can be found during one of the two ‘tutorial’ missions, which means you can’t come back to it. Pretty sure you have to beat him to continue though, so can’t really miss him.

Defeat The Chef in side mission: The Cookery

This boss must be defeated in order to complete the side mission.

Defeat The Guard in side mission: Ninja’d Scrolls – Part 2

The Guard must be defeated to complete this side mission. Can’t miss him.

You’ll find this boss on the way up to the top of Dragon Mountain during the story mission.

Both times I played this mission, this boss was pretty much right at the spawn. Pretty hard to miss him based on my experience.

Defeat Queen of D.O.L.L.s in side mission: Flirty Fishing – Part 3

You have to defeat this guy to finish the mission.

Magmator of the Devil Mountain

This story mission has a pretty small map, you’ll come across this guy right away.

Defeat Lord Destroyer in story mission: All in the Family

Defeat Eradicator in side mission: Stop the Propaganda

Defeat The Toxitor in story mission: Stop the Ooze

Defeat Captain Lo-Gan in side mission: One More Thing

Defeat The Highest Priest in side mission: Heisenberg – Part 1

The Lord of War

Defeat The Lord of War in side mission: Heisenberg – Part 3

This boss is in the last mission in the game. You must fight it before you continue on to find Zilla.

Total Kills: Total kills across all playthroughs and all characters. Bunnies count as enemies for these achievements.

I got my 2500 kills about 60% through my second playthrough, and I wasn’t killing too many enemies on that playthrough.

Elemental Kills: Despite some odd wording on these achievements, you basically just need to kill enemies with damage from each element.

Fire and Ice are opposites. Toxic and Electric are generally opposites somehow.

It can be tricky to know exactly what is a weakspot on enemies, though it is usually the head. Easiest way is just to go for human enemies and aim for the head.
When you attack the weakspot, it must result in a kill. Only dealing damage to a weakspot isn’t enough. If you successfully hit a weakspot, you’ll see a green arrow indicating the increased damage dealt.

Vanish is one of your powers. When activated, you are invisible to most enemies and have high damage on your first attack. Your attack coming out of Vanish must be a kill for it to count towards this achievement. Just replay an early side mission with weak enemies and you should have no problem killing them in a single hit.

Perform 100 kills when enemy’s grasped by Grip of Darkness

Another of your powers. This one stops enemies from attacking and suspends them up on a spike for a while. You have to kill enemies while they’re stuck on the spike for kills to count. The Grip of Darkness skill upgrades are useful for this as they suspend enemies for longer and add a damage multiplier.

A special attack is when you move in a direction and use the secondary attack button. Sting, Vortex and Force Slash are your special attacks and each can be upgraded in the skills menu.

I Think I Saw a Wabbit

Bunny Lords spawn when you kill a number of innocent rabbits.
The number of rabbits seem to deviate. I tested it out a little bit on Insane and it seems to happen between 3-5 rabbits killed, but it could just be random.
Rabbits appear on the map as green arrows, so it isn’t hard to find them. Plus you get a bunch of loot from Bunny Lords, so it can be worth killing them past this achievement too.

You’ll unlock the ability to craft at a certain part of the story, when the Smith is no longer around.

Legendary upgrades are. You’ll be guaranteed one of these in crafting if you use 3 or 3, but it is also possible to get a legendary upgrade when you craft 3 upgrades.

That’s a Lot of Coins

You’ll likely get the 1mil achievement on your first playthrough. You find money throughout the world, on enemies and in chests.

For the 10mil one, I’d recommend selling your upgrades you don’t use or need after you complete the crafting achievements. Alternatively, since items bought from a store can be resold to the store for the exact same price, you can buy and immediately sell items to increase the achievement progress quickly.
For this one and the 1mil achievement, it counts all money ever picked up, no matter what you do with it once you have it.

You’ll get this over time. You get upgrades in the world, as loot drops from enemies and from chests.

This will take you a little longer, as each collected upgrade needs to be different. There’s no real point in keeping track of which you’ve found or anything, you’ll just get it eventually as you play. I got it about halfway through my second playthrough, but it’s pretty much random. Higher difficulties give you a larger range of upgrades, so it may unlock faster on higher difficulties.

Legendary upgrades are. Higher difficulties have a higher chance of getting better loot, so playing on one of the Insane difficulties would be the fastest way to get this.

Develop any character to level 10

Develop any character to level 25

Develop any character to level 50

Secrets in this game are found throughout missions and look like a trophy. 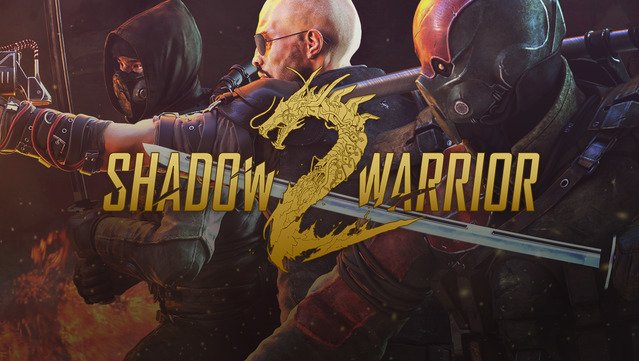