Stay Out of the House Achievements Guide

100% Achievement guide on the achievements of Stay Out of the House by Puppet Combo!

Fresh Air
Naturally progress through Part 3: The House until you reach the outside area

Medium
Complete the game on Medium or higher

Good Employee
This one is a bit confusing, as you are not physically able to complete ALL of your duties during Part 1: Night Shift, so the only a few things are necessary:

1) Sweep the floor of the gas station until the bar runs empty, you can very easily find the broom next to the punch clock: 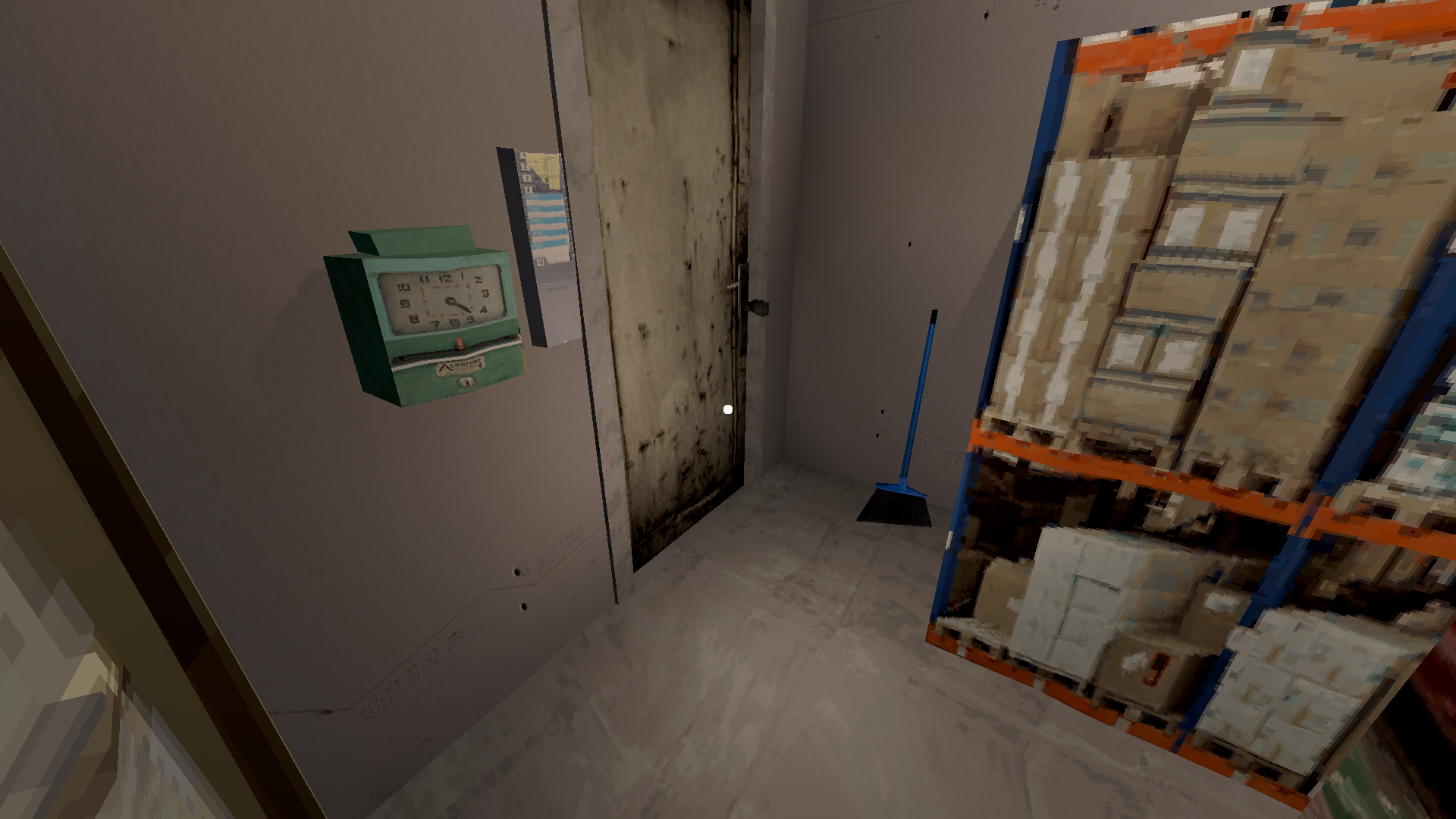 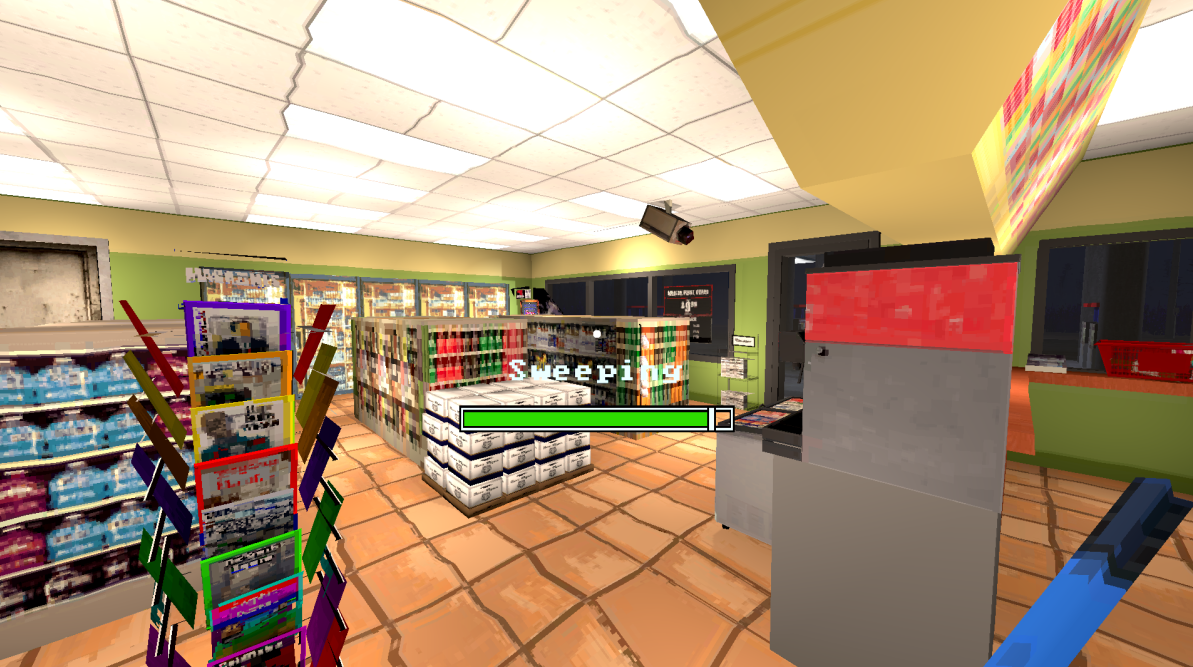 2) Place the items that weren’t purchased back in their spots, the Beer in the display rack and the Eatos (trademarked) on their rack: 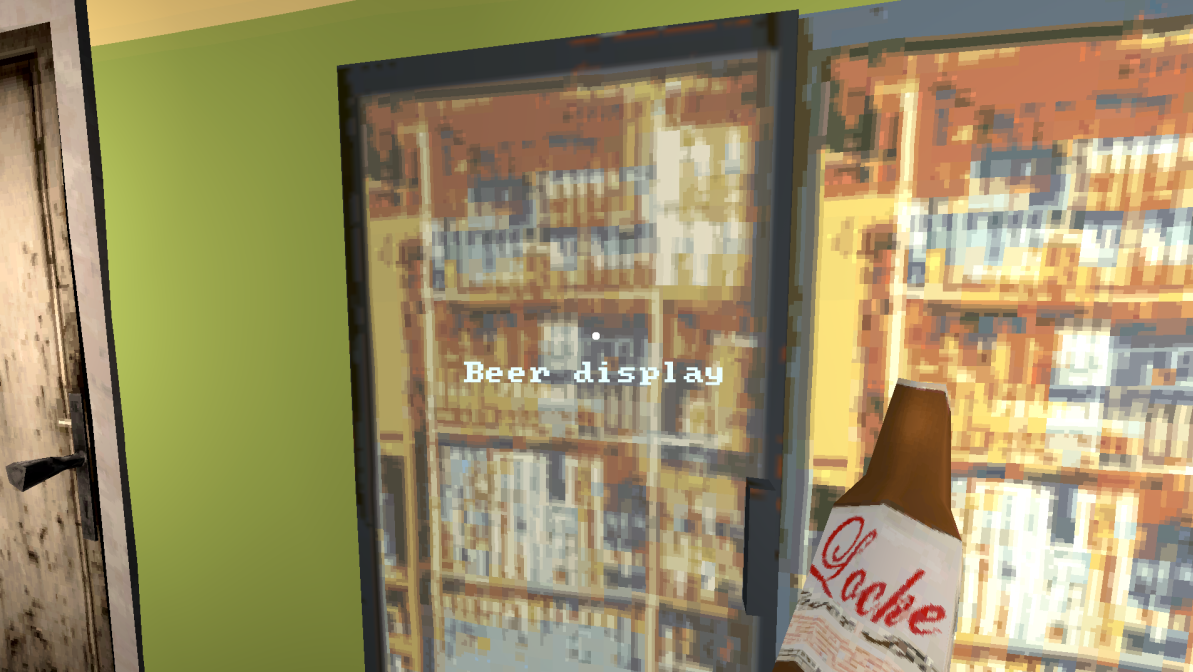 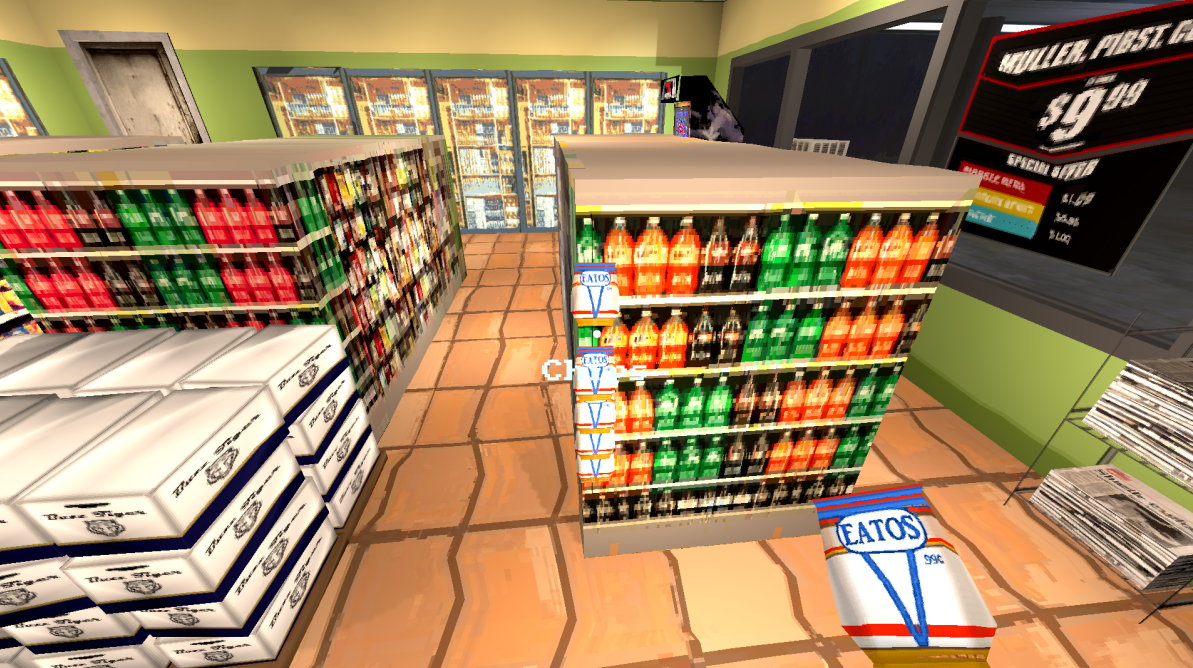 That should unlock it, as it’s what did it for me, and as far as I can tell you cannot store away the motor oil or clean the bathrooms.

The Powerdrill Massacre
This achievement is an actual tedious pain to get if you try to do it naturally, but the game encourages cheating if you can find the secret: 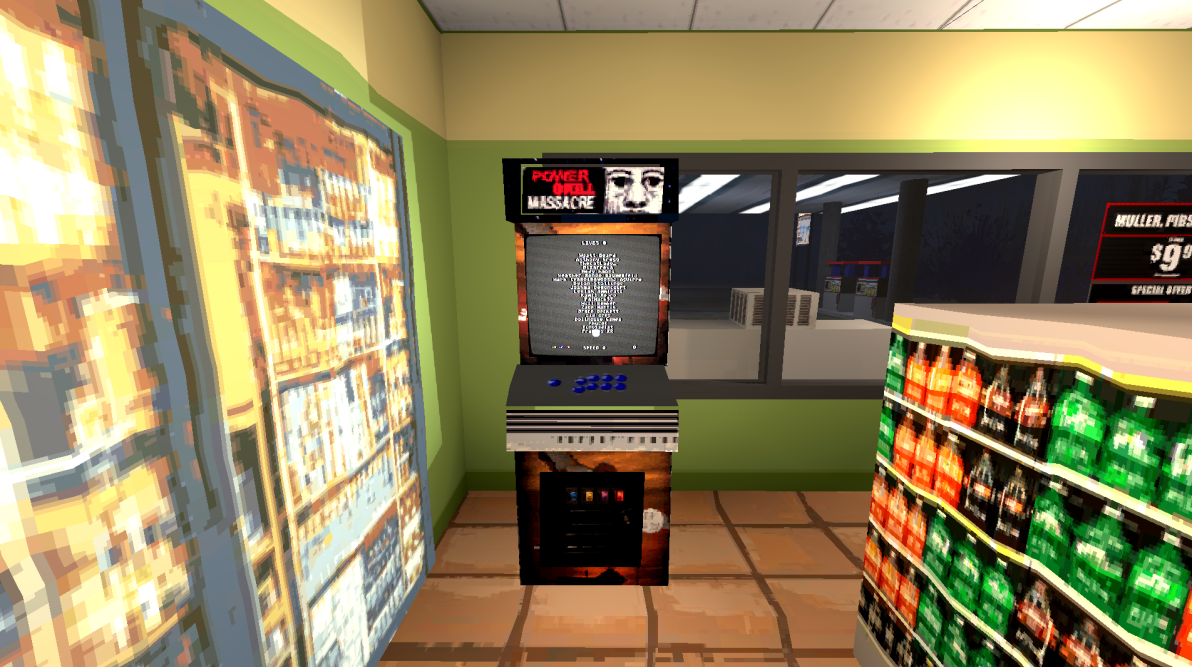 Starting up the game, simply stay in the first area and move your character over to this spot, and the game will award you 98 lives. Now all you have to do is beat it: 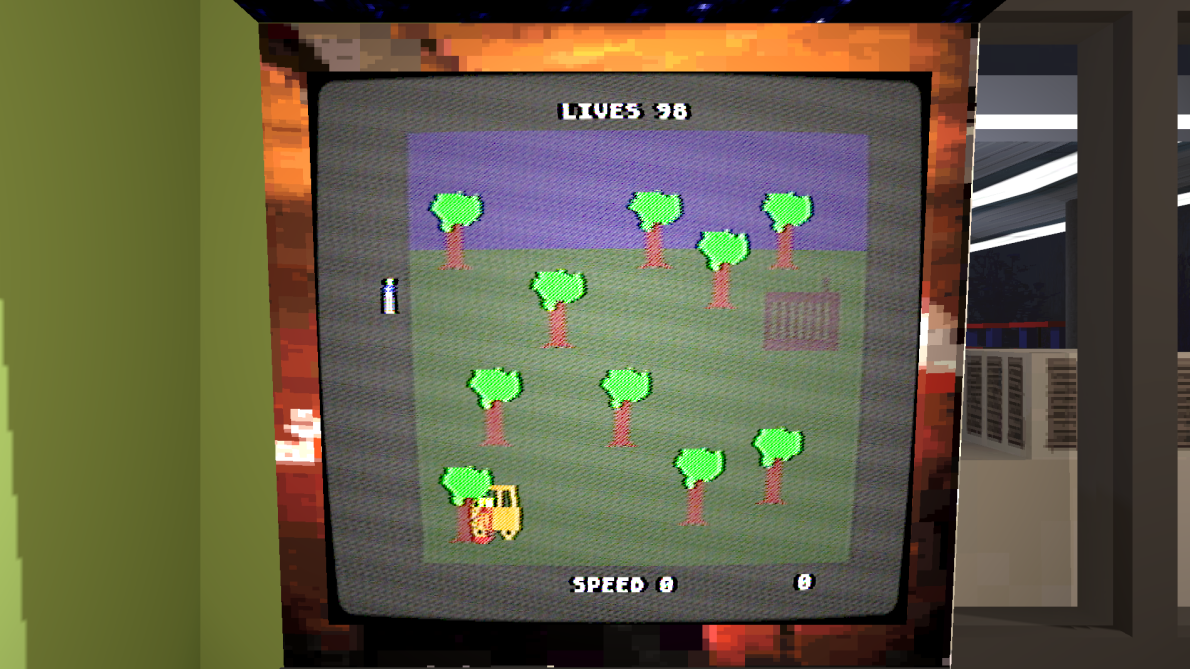 You can only get this achievement with the second customer that comes in during Part 1: Night Shift. All you have to do is be rude and dismissive and she will walk out: 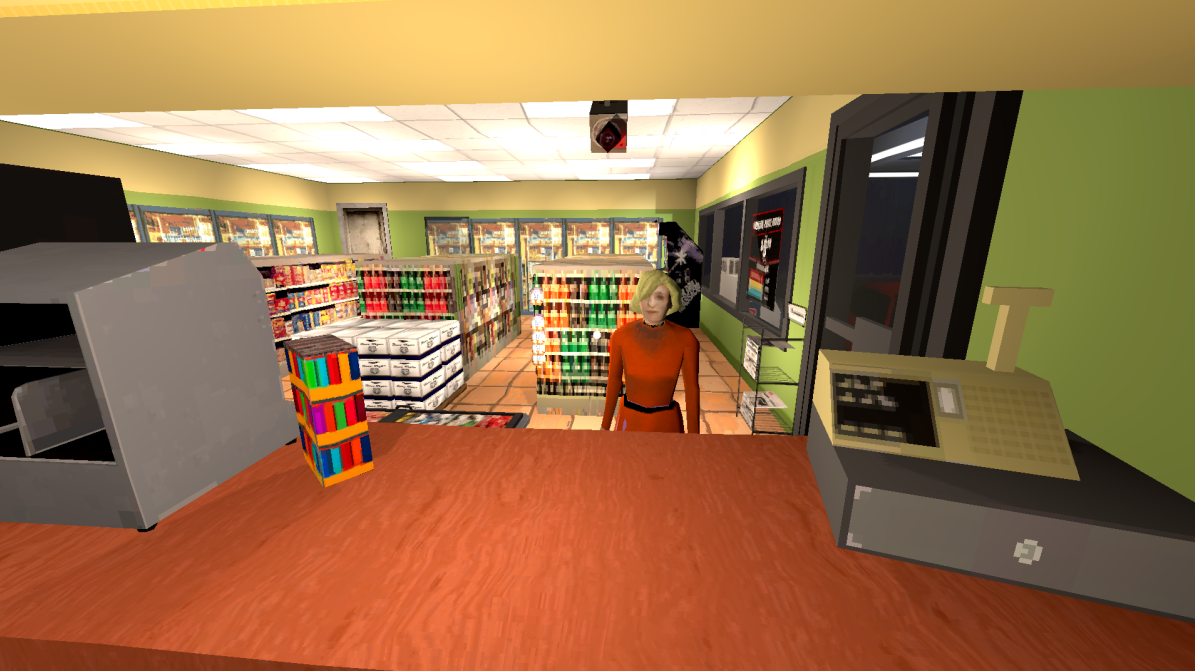 Gotcha
For this achievement you’re going to have to play the game somewhat until you stumble across a bear trap set by The Butcher.

You can deactivate these traps using a screw driver and it will allow you to use your own version of the bear trap that will never activate on the player: 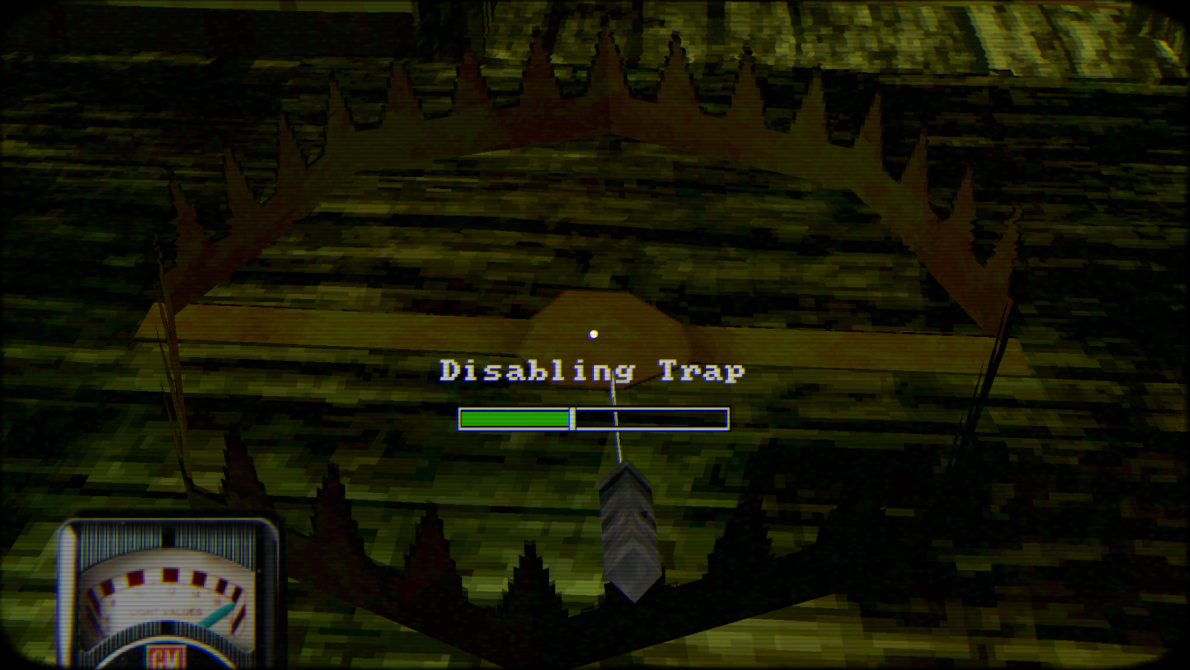 Once you’ve placed it just engage The Butcher into chasing you and voilà, he’s stuck.

No More Big Brother
Chances are you’ll get it if you’re playing on a difficulty higher than Easy. Once you acquire the wire clippers its as simple as disabling one of the active cameras. There should always be one in the dining room if you’re playing on Medium. If not, then getting caught is a good chance for The Butcher to put up more the next day.

Radar
At the top of the basement staircase is a mangled looking door with a padlock on it. I won’t reveal where the code is because it’s frankly super easy to find and YOU should be playing the game, silly. But, once you do, simply open the door and access the radar item inside.

To The Rescue
Making it outside, you’ll discover several survivors in cages. As long as you have a few paper clips and a hex key you should have no issue opening up one of the cages, which will unlock the achievement: 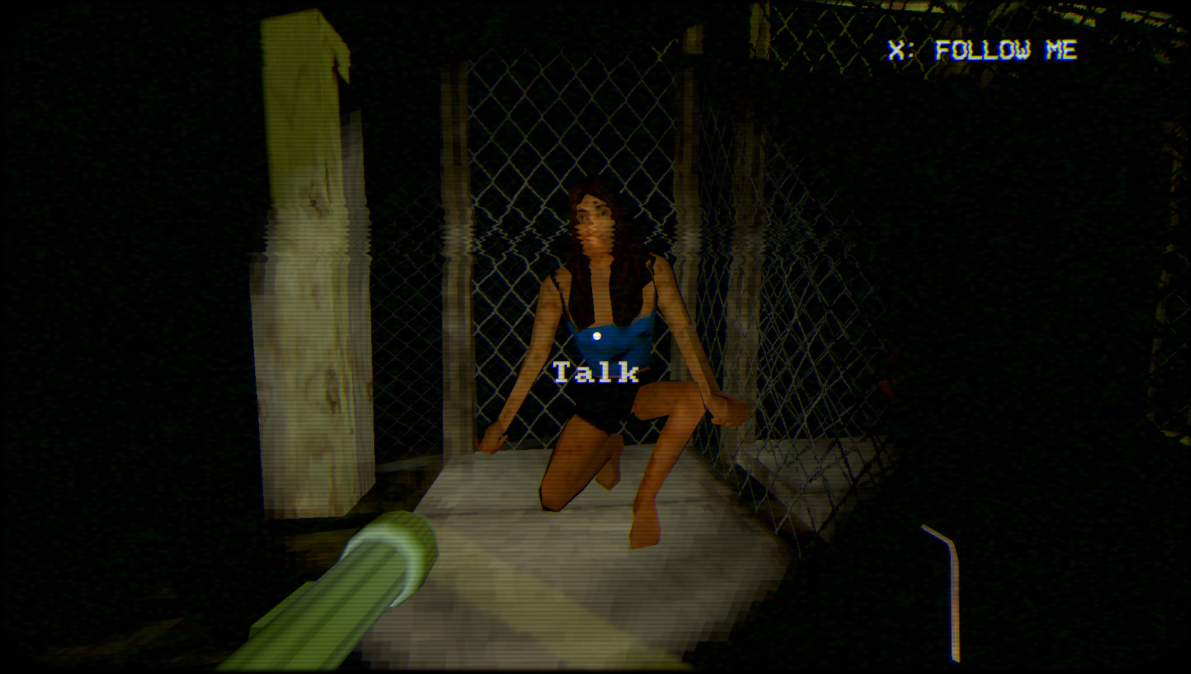 You earn this achievement by leading any survivor to the safe room at the start of the game: 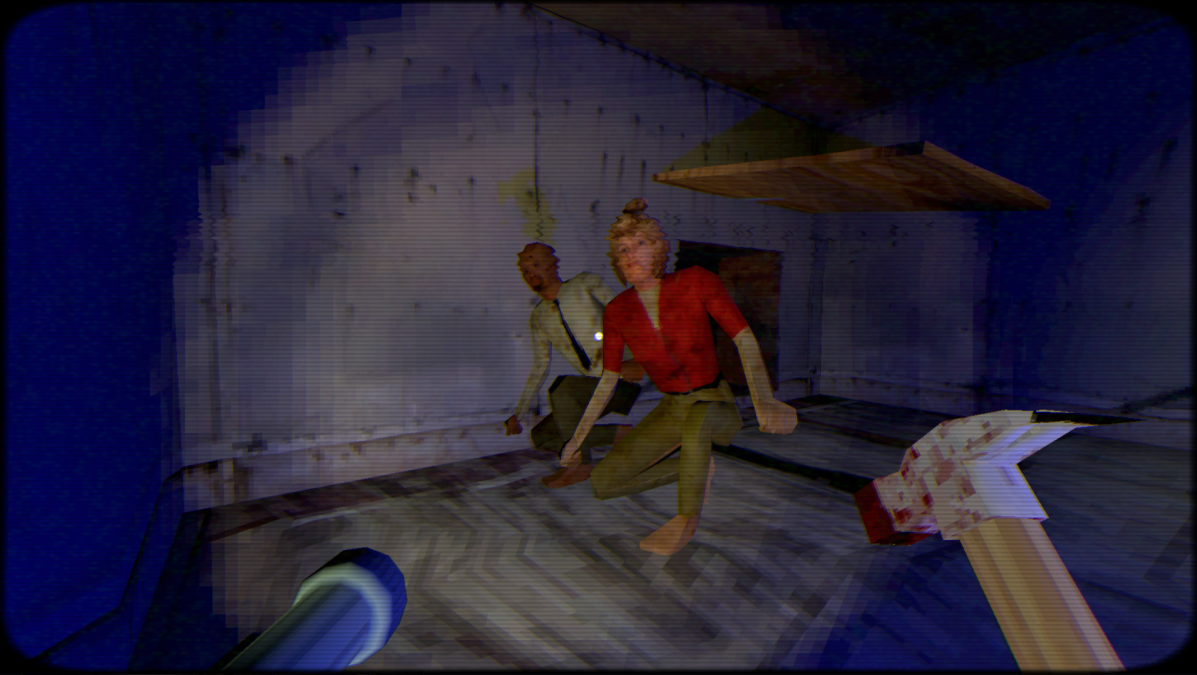 You can unlock this achievement once you get outside. Once the outside area becomes open it is likely The Butcher will make patrols out there. You can get this achievement in either of two ways:

1) Free a survivor and lure them inside the house to a place where they wouldn’t be safe.

2) Simply wait for The Butcher to make a round outside and kill a survivor himself (this is how I got the achievement).

You’ll probably have noticed something strange spying on you in the vents (sus), and this is related to that achievement: 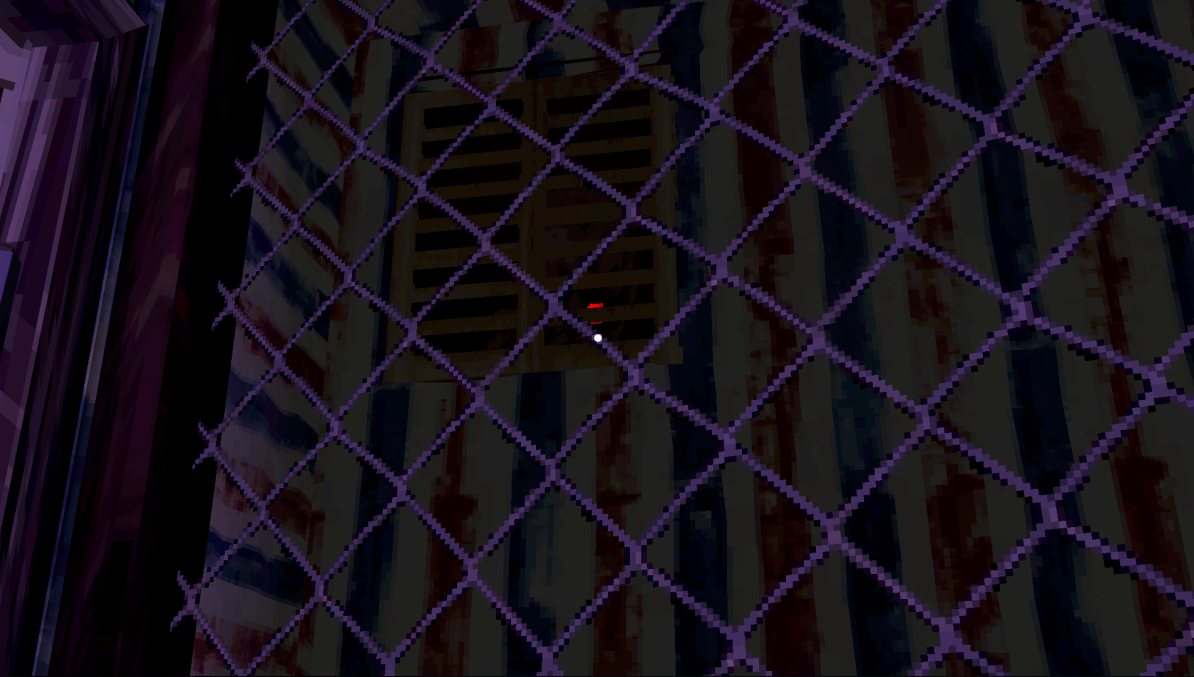 In the attic you’ll find a door you can’t open. To make your way to the other side you need to find one of the back rooms and use the furniture to climb up into a ceiling shaft: 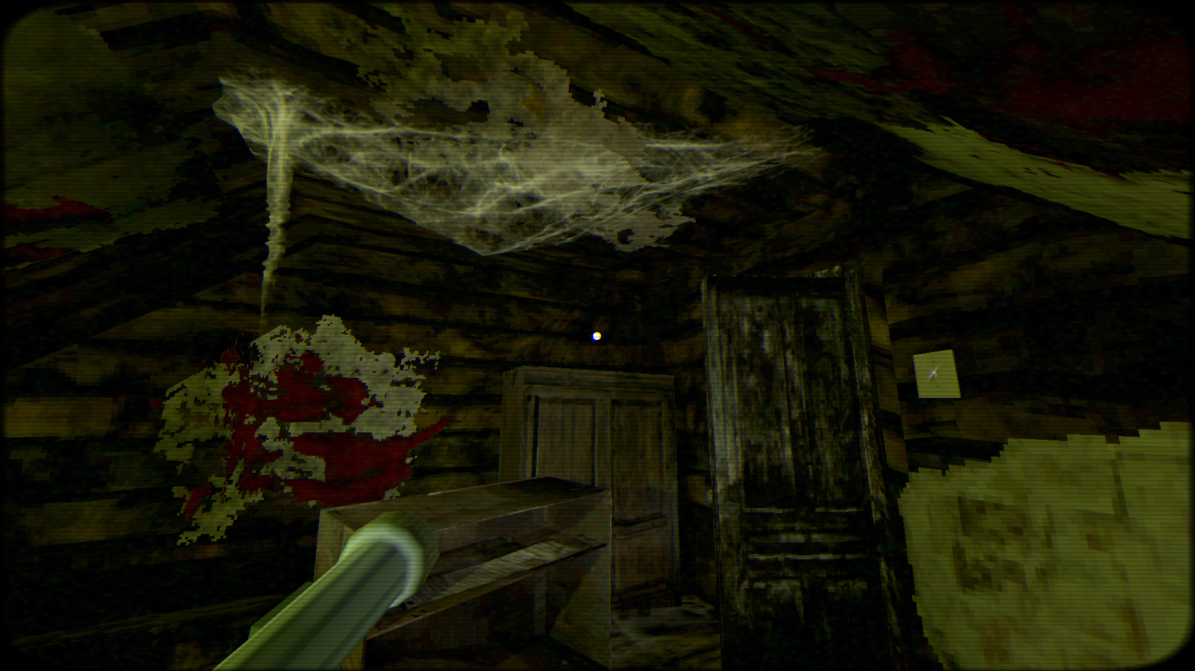 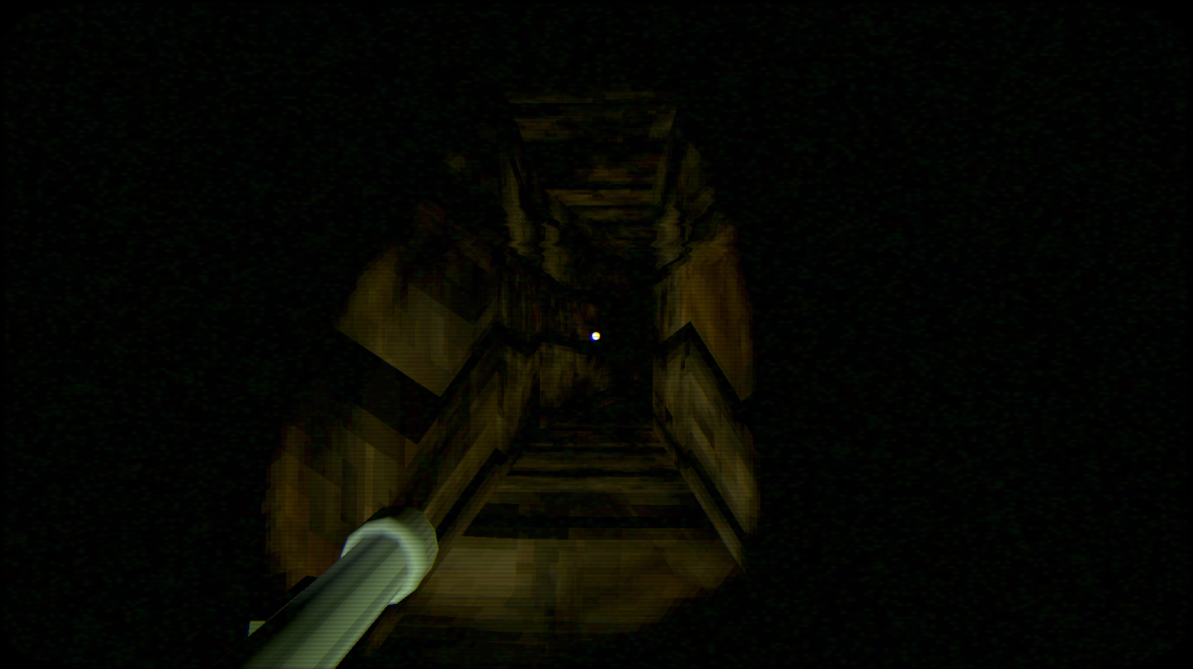 Once you get through you’ll fall into a baby’s room, unlocking the achievement: 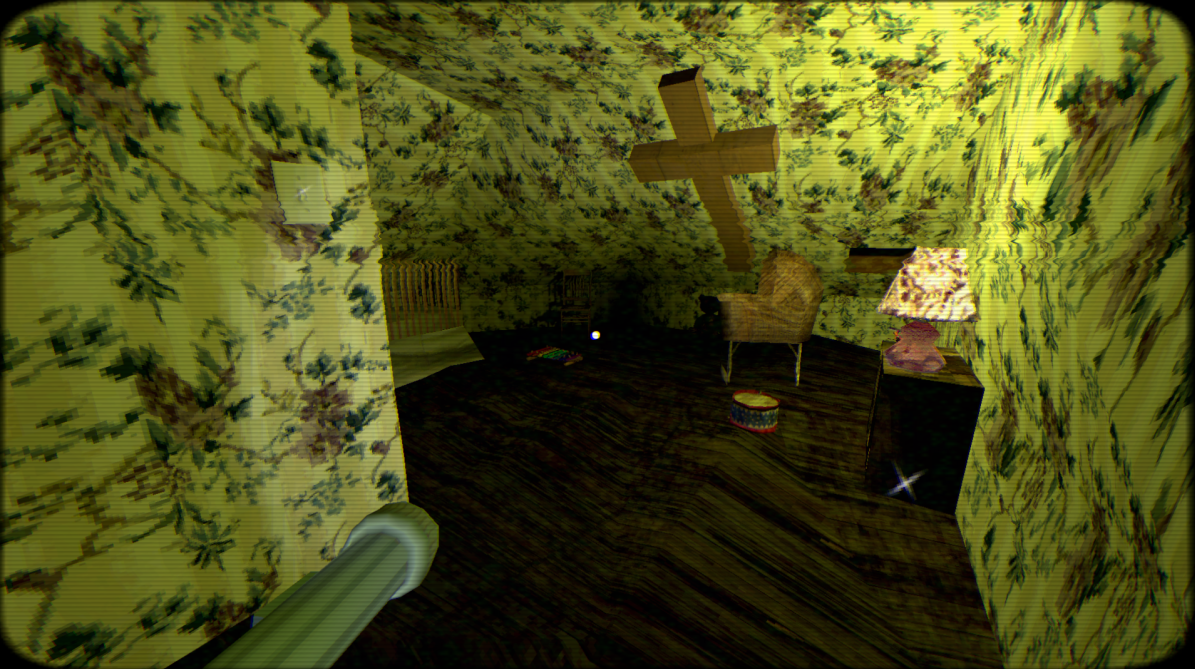 Downstairs in the basement is a metal door that is currently running no power: 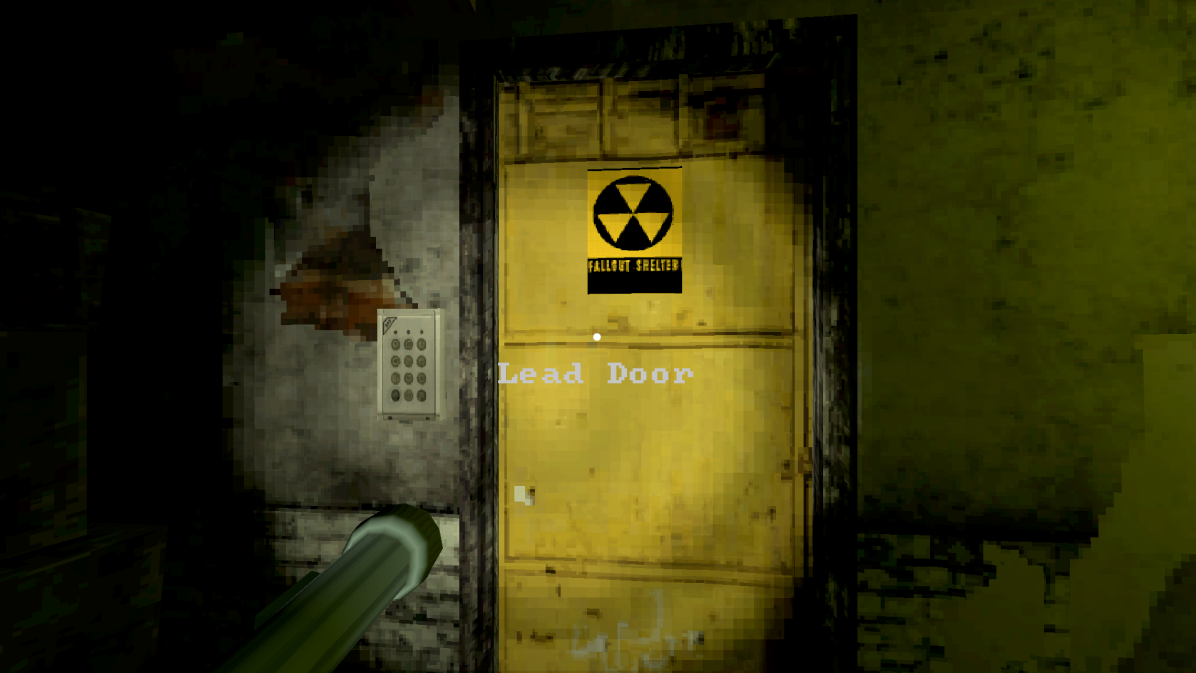 Getting this door up and running is going to take a few steps so bear with me.

1) When you’ve progressed to the outside area you’ll find a well. Turn the lever until the rope brings up a bucket with a valve and take it: 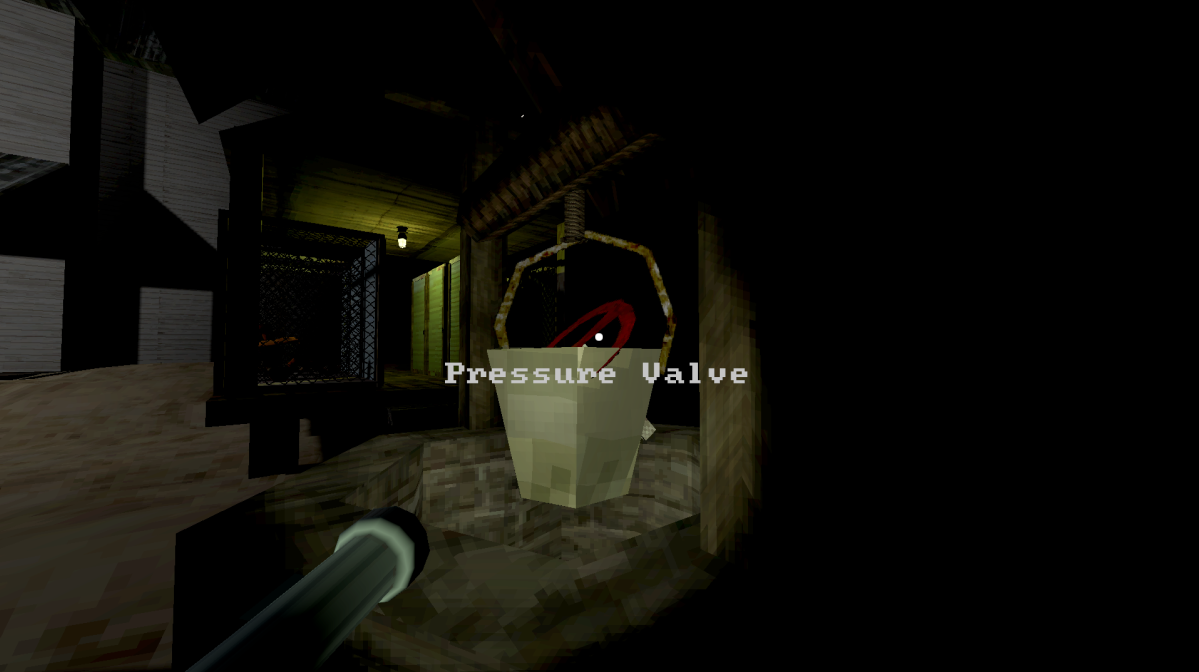 2) Take this valve back down to the basement and, to the right of the Bunker door, place the valve into the wall. Turn this until it stops: 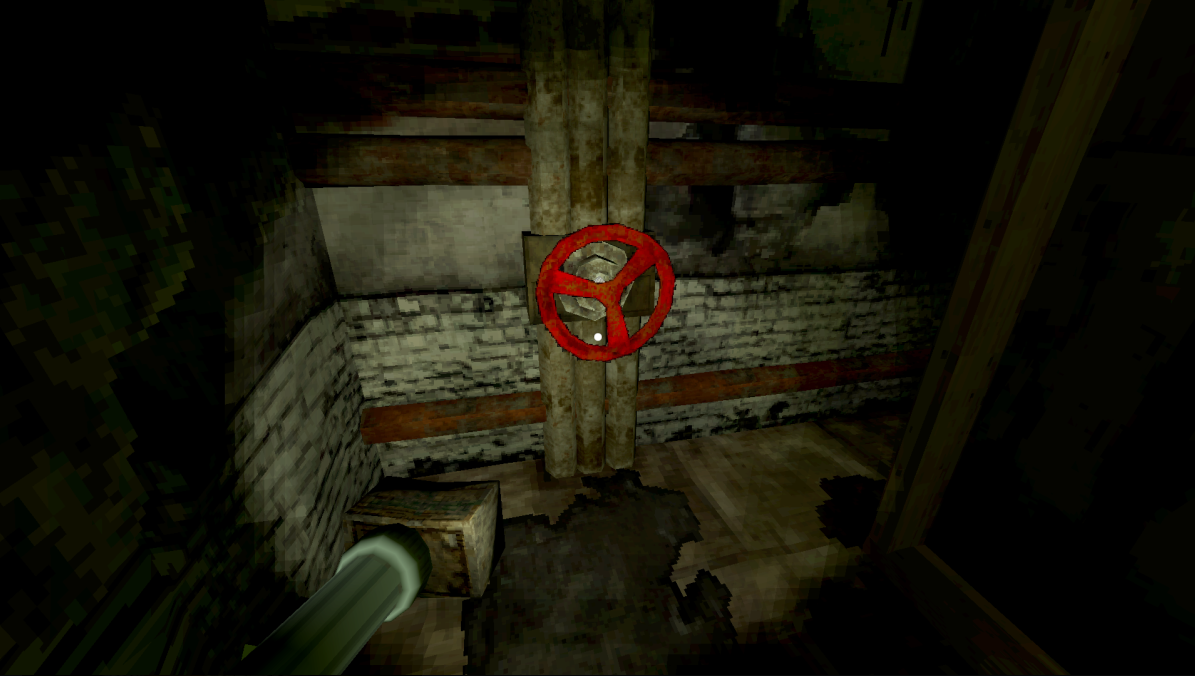 3) Remember that steam blocking off part of the vents at the start of the game? Go there, a path will be open: 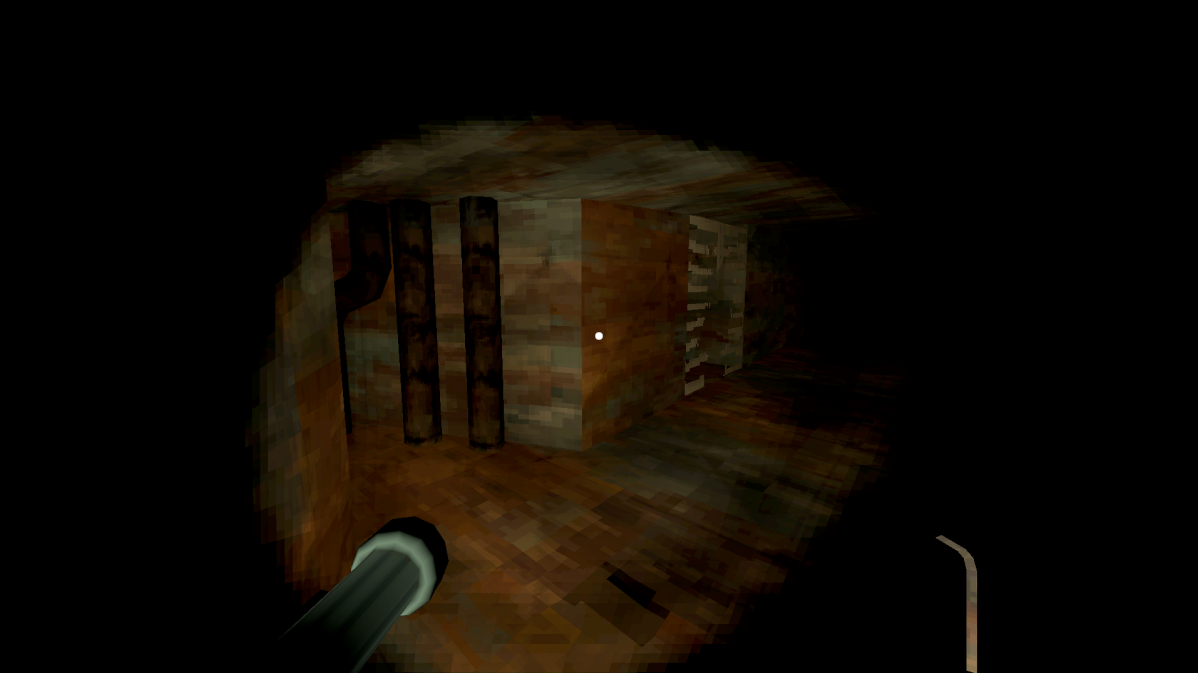 4) Dropping down you’ll find an electrical room with a puzzle. I won’t be giving this one away as its rather easy and part of the experience so go do it yourself lazy: 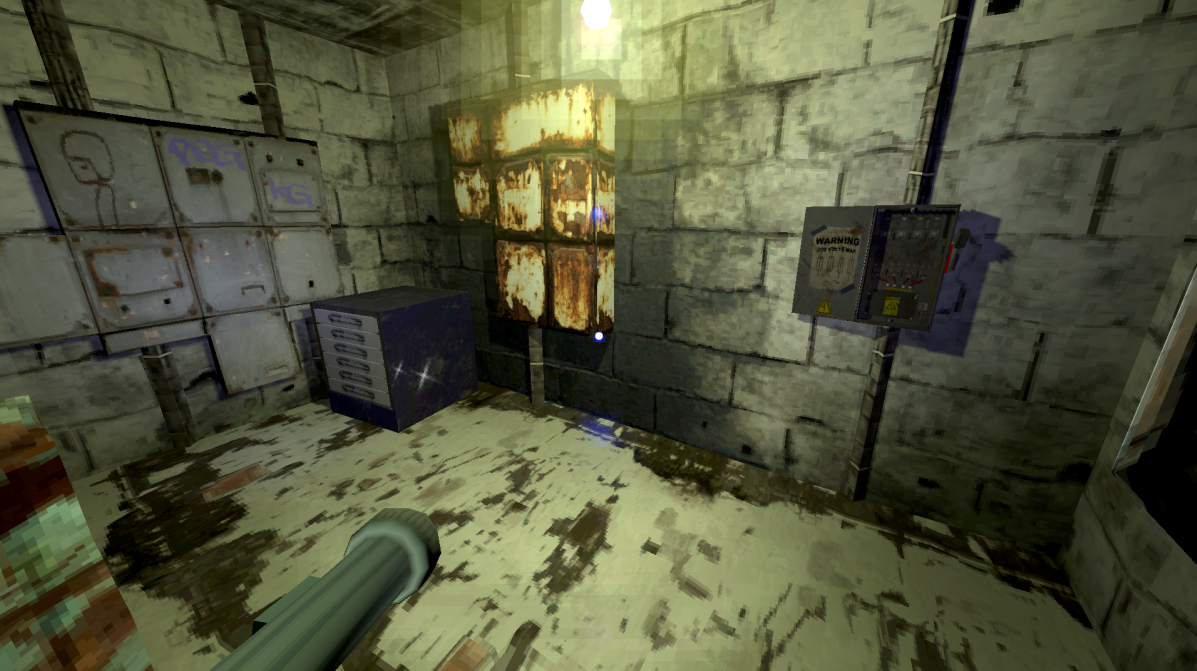 5) The final step will be to input the Bunker code, which YOU’LL have to find. I don’t want to soil the experience: 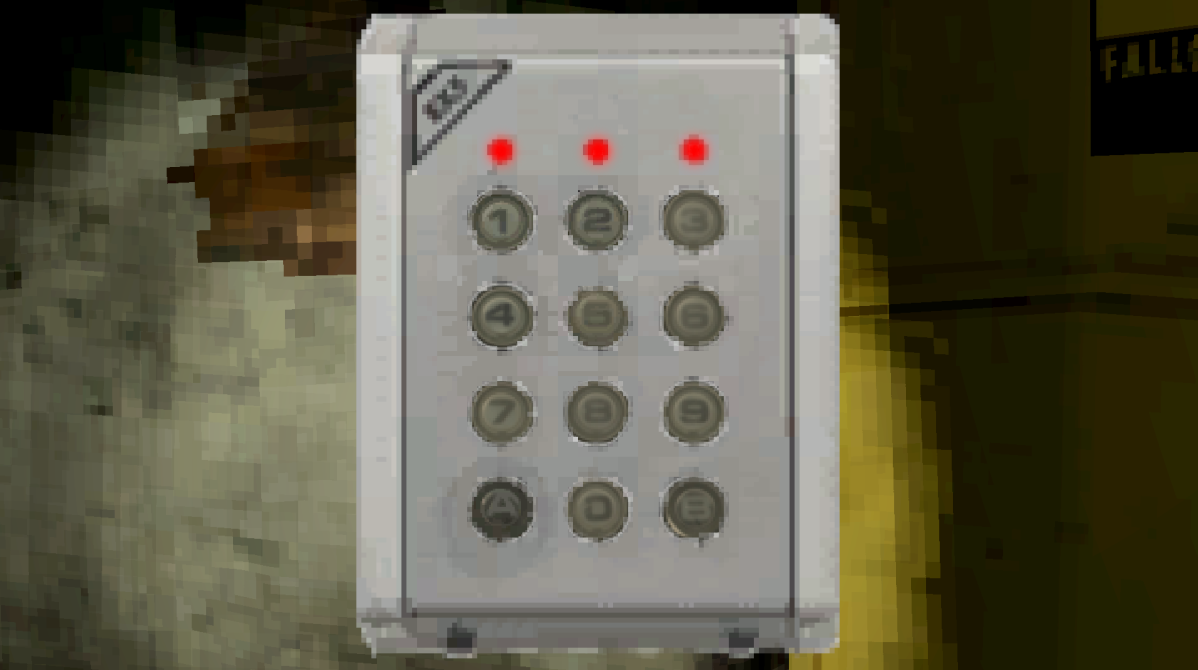 Achievements Obtained w/RevolverPretty early into your play session you’ll make your way through the boarded up room upstairs and find a revolver on the floor next to a dead guy: 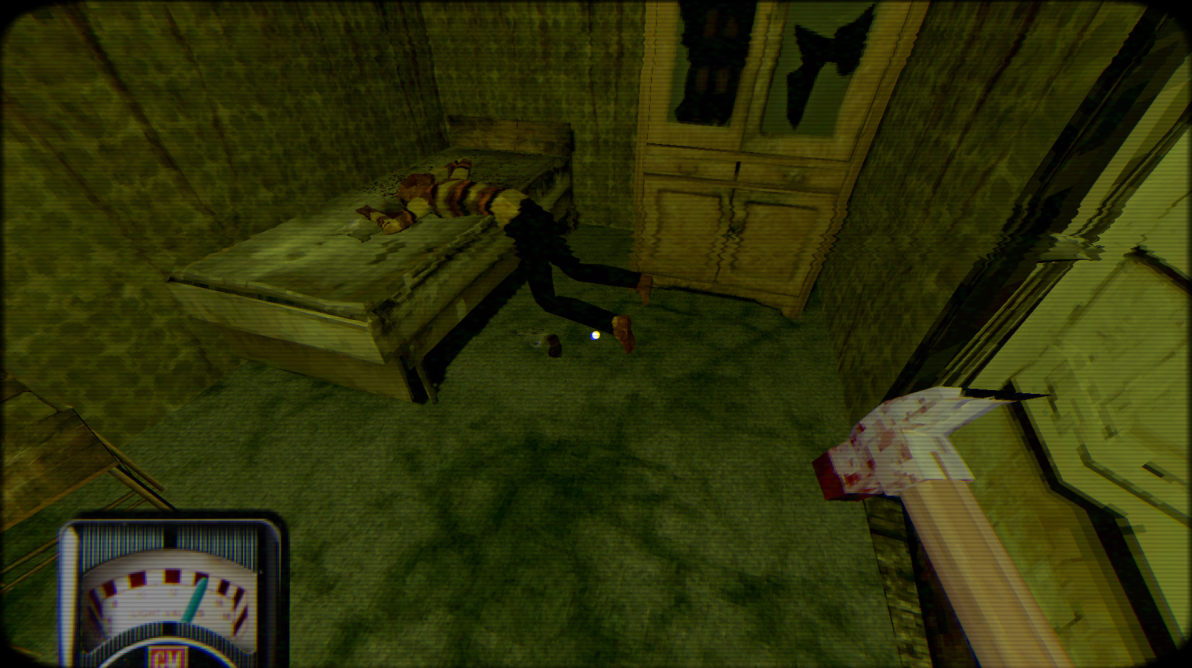 Bullets are generally harder to find so the game encourages you to be careful with your supply, but you can get a few achievements with this item rather quickly once you pick it up.

When you find the revolver there’s a note nearby that reveals some tidbits on the game’s mechanics, one being the Grandmother. The game encourages you to leave her alone and not waste your energy killing her but I found ignoring that to be way more beneficial in the long run.

She becomes a serious problem once active and only respawns when you reload a save, so beating the game in one sitting after killing her helps a lot. Supposedly her death makes The Butcher more difficult but I didn’t notice anything different: 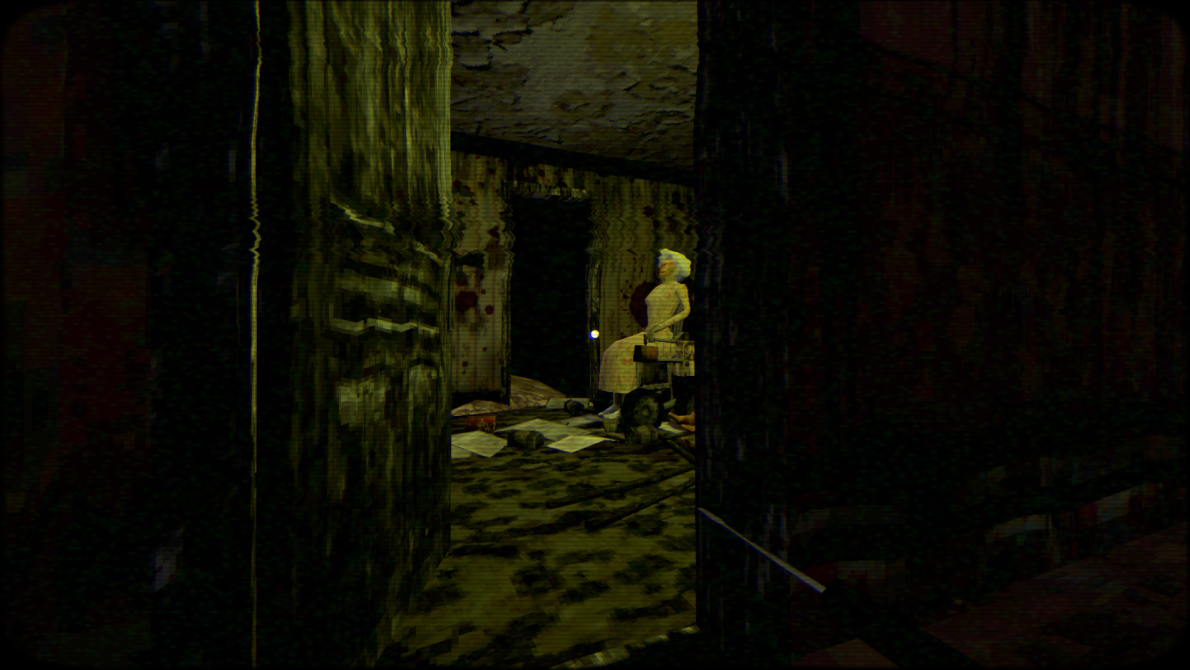 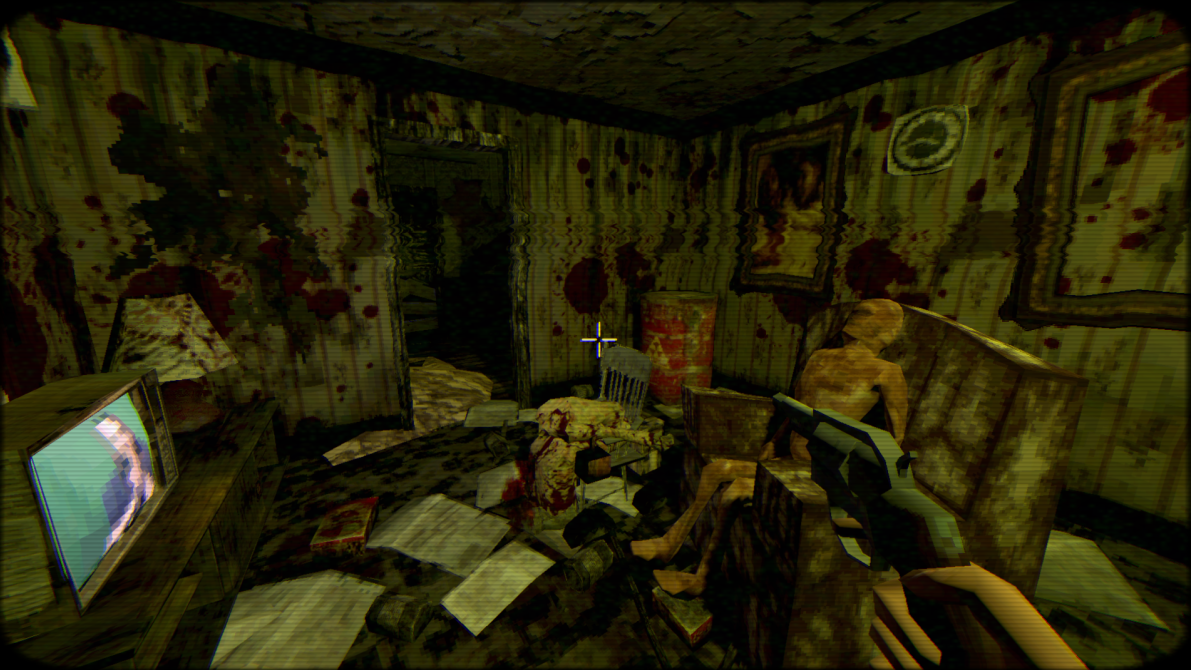 So yeah, just shoot Granny and get it over with.

NOTE:Grandma’s current behaviors might be a byproduct of game bugs, so the claims in this guide might not be entirely accurate.

One of the main uses for the revolver in game is to keep The Butcher away if he manages to corner you. Three shots and he runs away for a short time before returning to his usual patrol route around the house. You can use a bear trap to snag him to make this easier or just shoot him point blank: 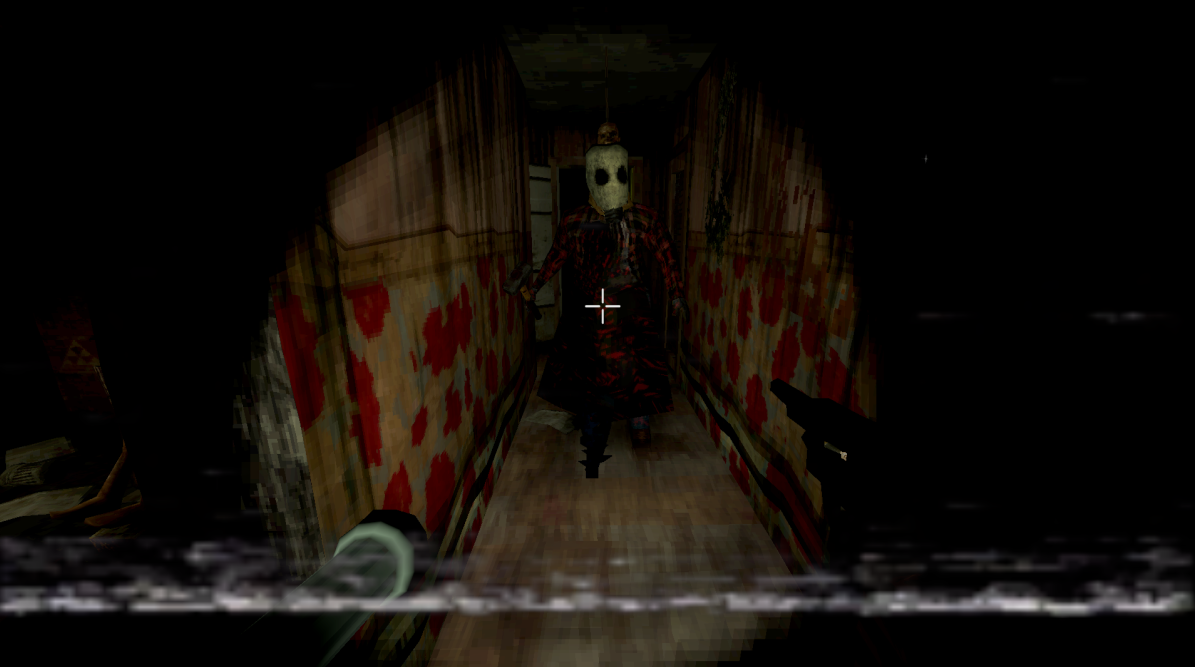 When you eventually encounter the survivors outside the house just let one out and shoot em, that’s all you really need to do.

Surprisingly not a common achievement, though that’s probably because people are so scared to waste bullets. Just find a door you can’t open, aim for the lock and fire. Boom, achievement: 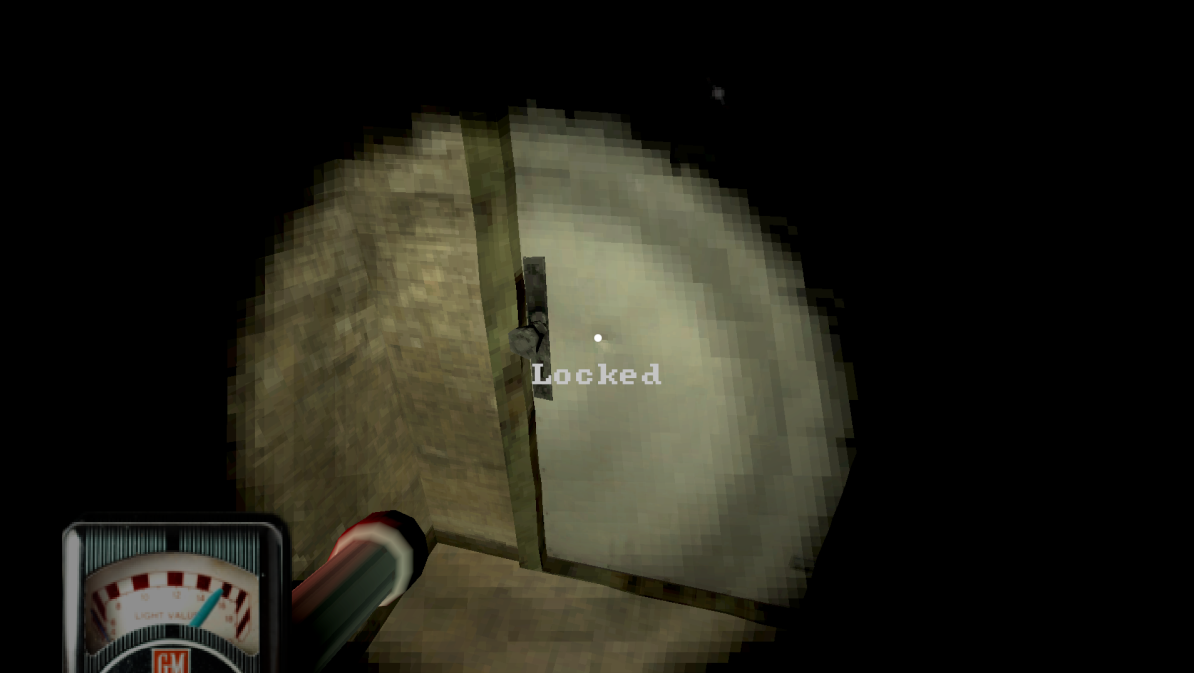 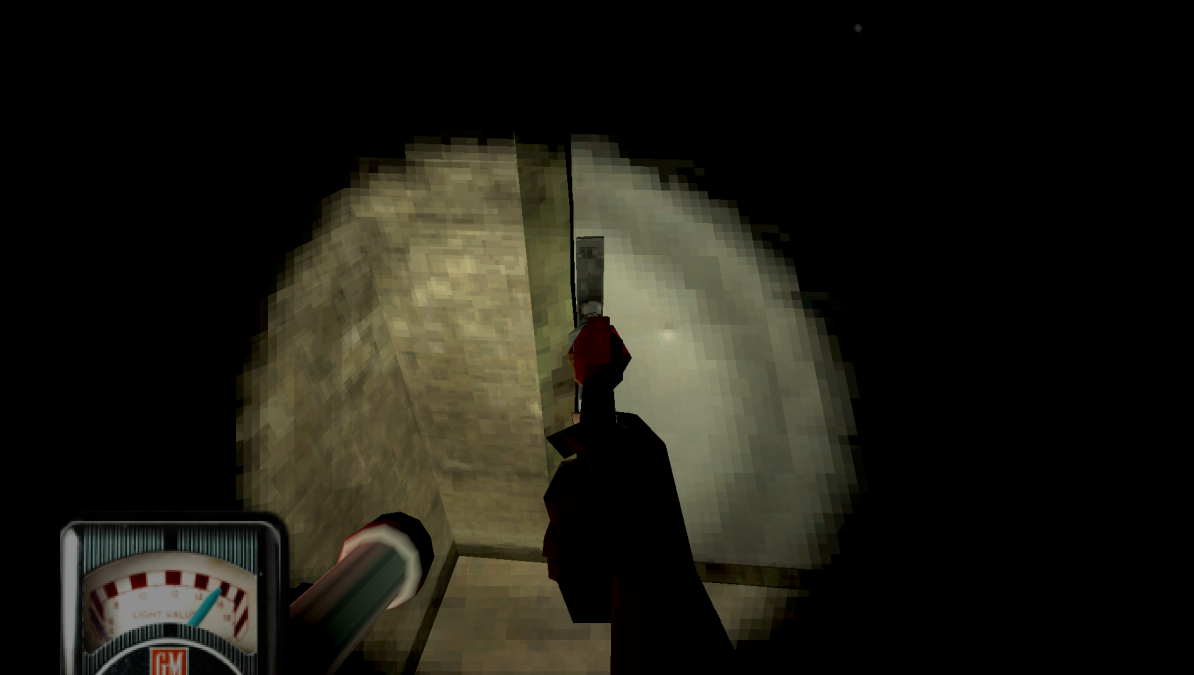 NOTE: You can get a few of these achievements with the knife, as you generally just have to inflict damage on some of these, but the revolver is super early game where the knife is about near the end so really you should just use the gun for these.

Parasite
Completing the game’s default ending by escaping through the front door will unlock this achievement: 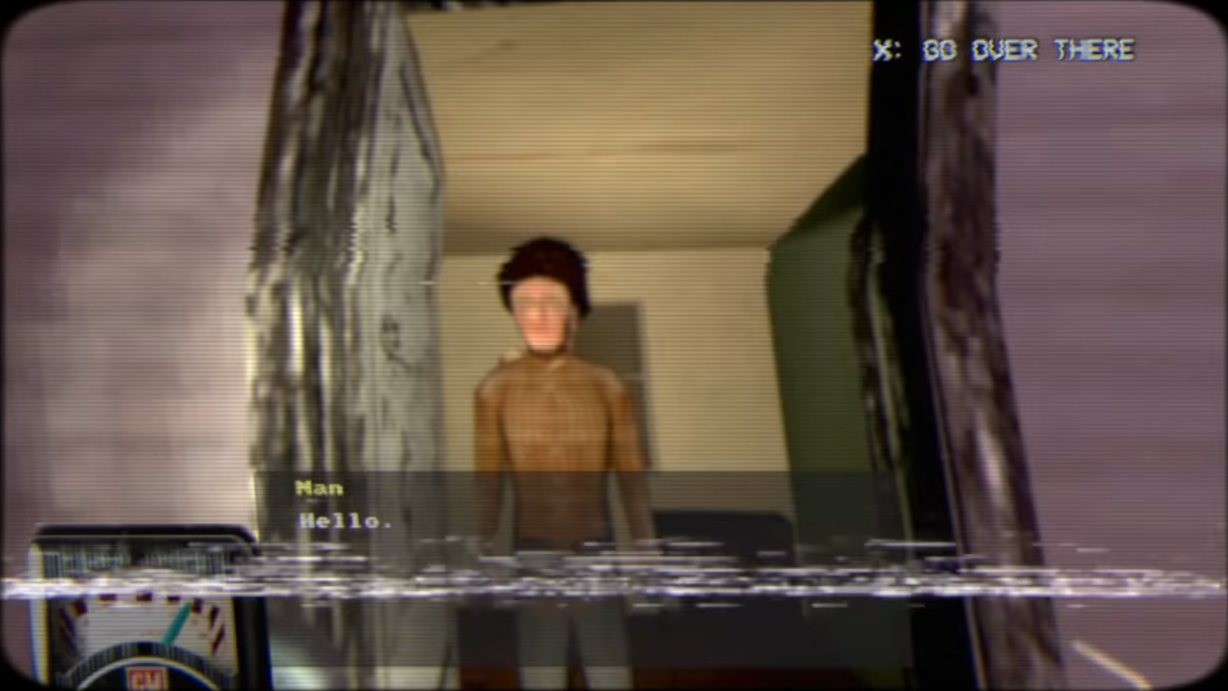 You can get this one pretty quickly from the start of Part 3: The House by just staring into the television next to your cage until Roxanne passes out: 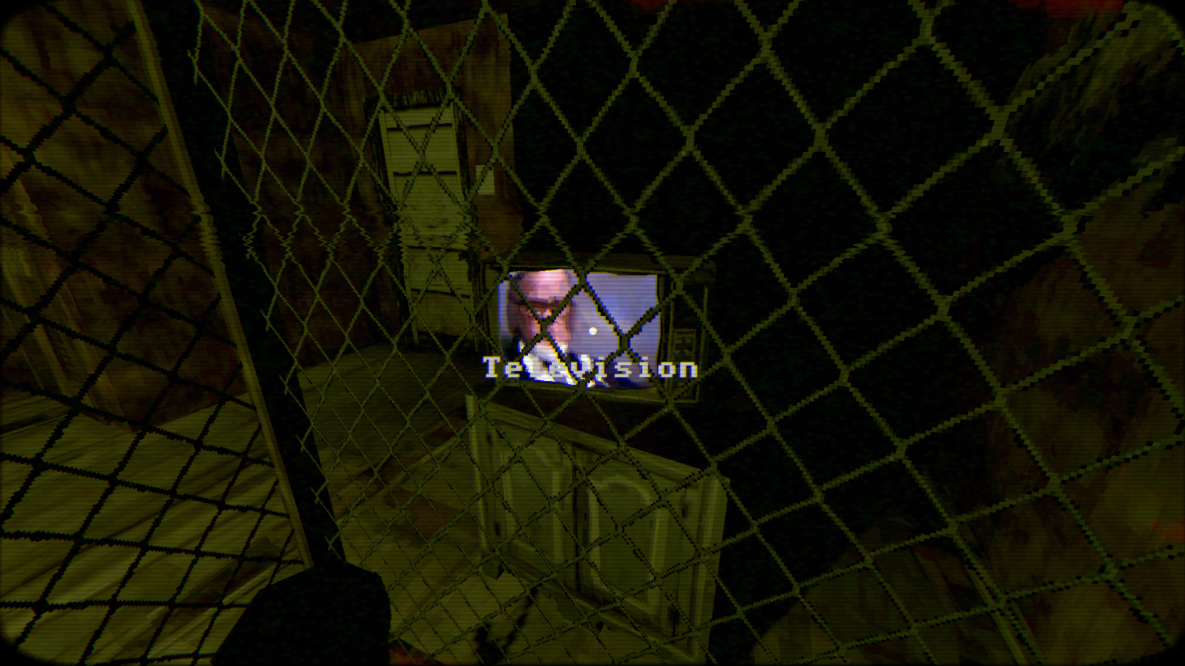 NOTE: This should also unlock Sacrifice, but I am not entirely sure.

Sacrifice
This achievement can be obtained through getting caught by The Butcher 3 times, which triggers a game over sequence.

Rebirth
During the final sequences of the Bunker, on the bottom floor, the player can find a long tunnel that ends with a door covered in viscera: 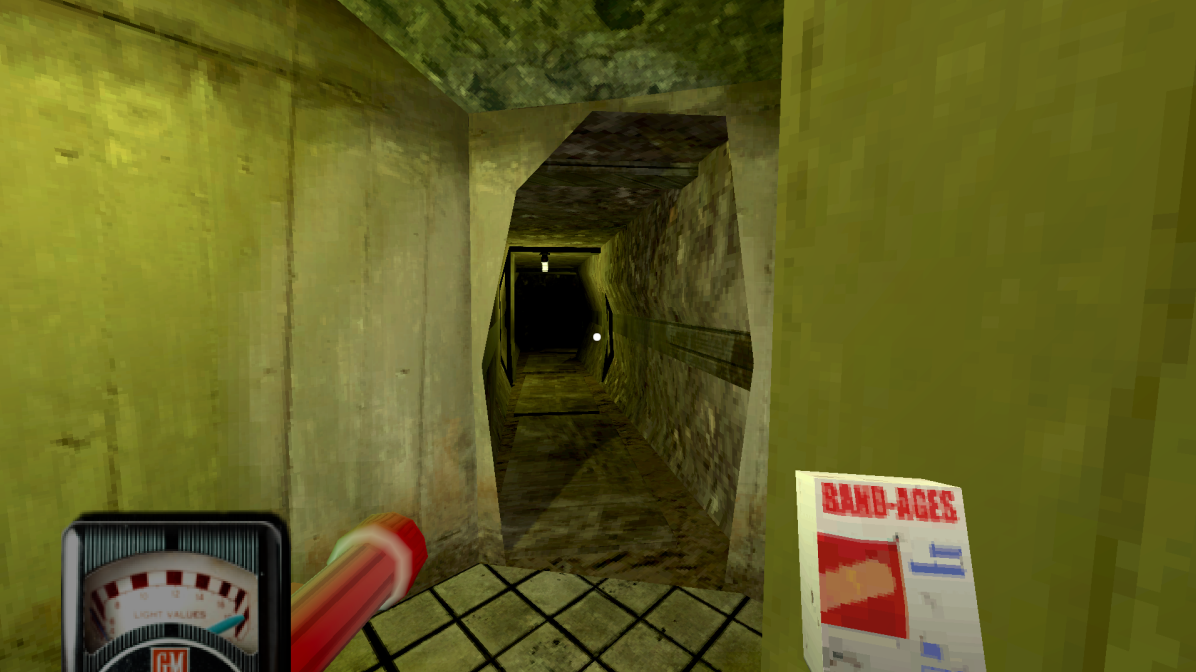 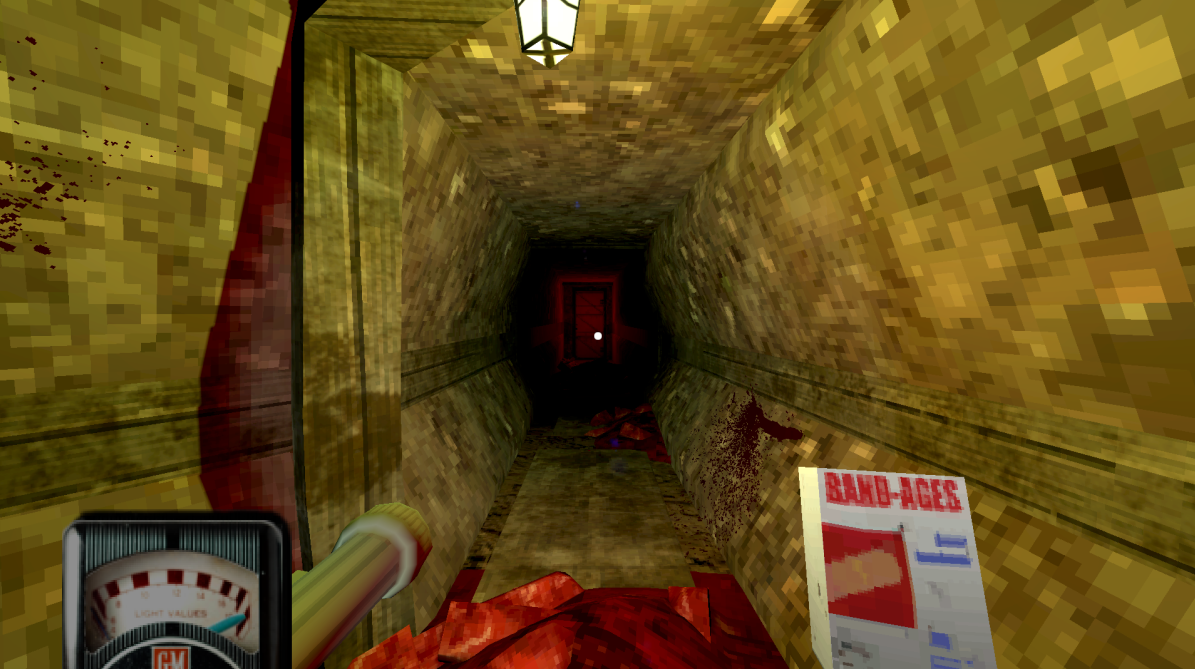 Approaching this door triggers a game over sequence followed by a unique cutscene following the unlock of the achievement.

The End
Completing the game’s true ending, which is via the Bunker, will unlock this achievement.

Impossible Achievements (as of now)

Smile
Obtaining all camera pieces in game unlocks ‘picture mode’, which you can activate by pressing P. You really just have to take a picture by pressing G but right now the game doesn’t seem to do this, so the achievement is not possible until a bug patch.

Investigator
The community is unsure if the achievement is busted or just cannot be completed because the game has more content to release. We will have to see with the next few patches as well as the inclusion of the game’s hard mode before we can make a solid guide on this one.

Though it is very forgiving, the player having to have found and read notes across ALL playthroughs rather than one session.