This is a guide for Tower Unite that explains where, with screenshots and descriptions, every single Summer Character spawn point is for the 2019 Fishing Update. Please let me know if I’m missing any of them, but this should be all of them.

Our first spawn point is up on top of the tower at Project 12. Here, you’ll find any one of the characters on the edge of the tower across from the TV behind the bar table. 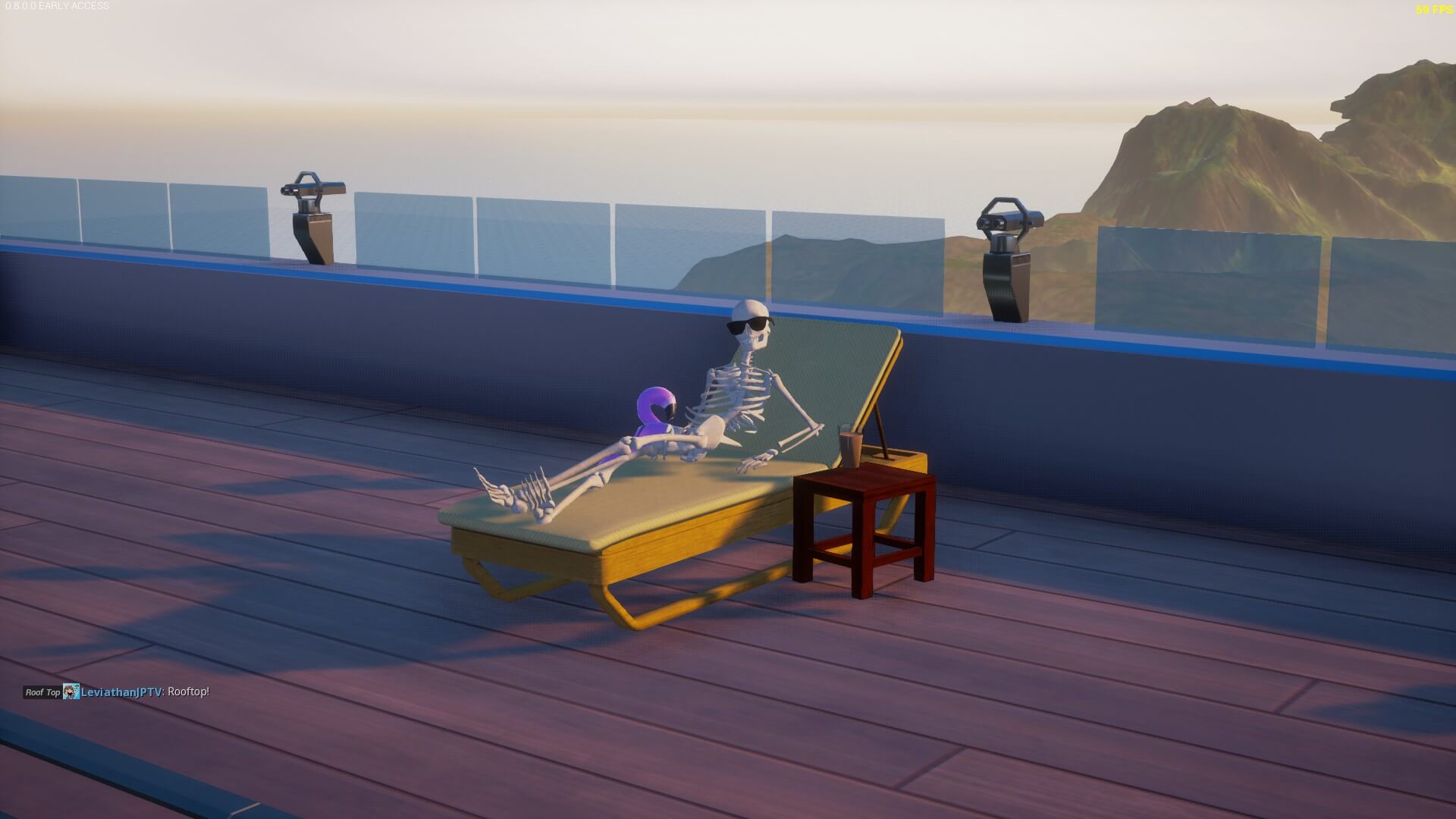 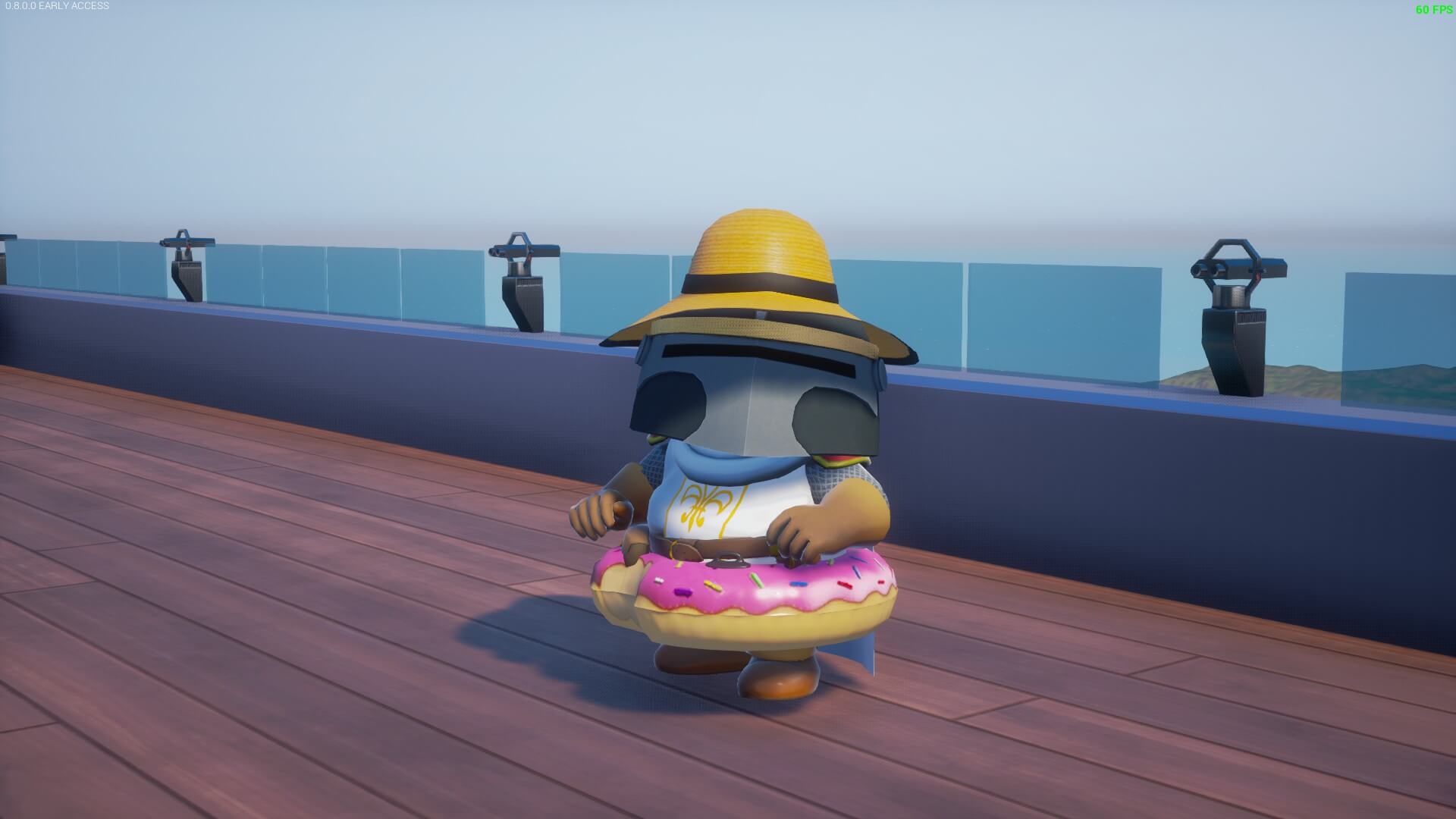 The first shot is of of a quite sassy skeleton (and quite a dead one, I might add) basking on the tower rooftop.

Our second picture portrays a quite over prepared Duke of Ettington ready for the pool- he seems to be a bit far off from the water, though.

The Corner between The Toy Stop and Theatre

Our second NPC spawn point hides in between The Toy Stop and the Theatre. Characters will spawn in plain sight in this corner, ready for you to claim your prize. 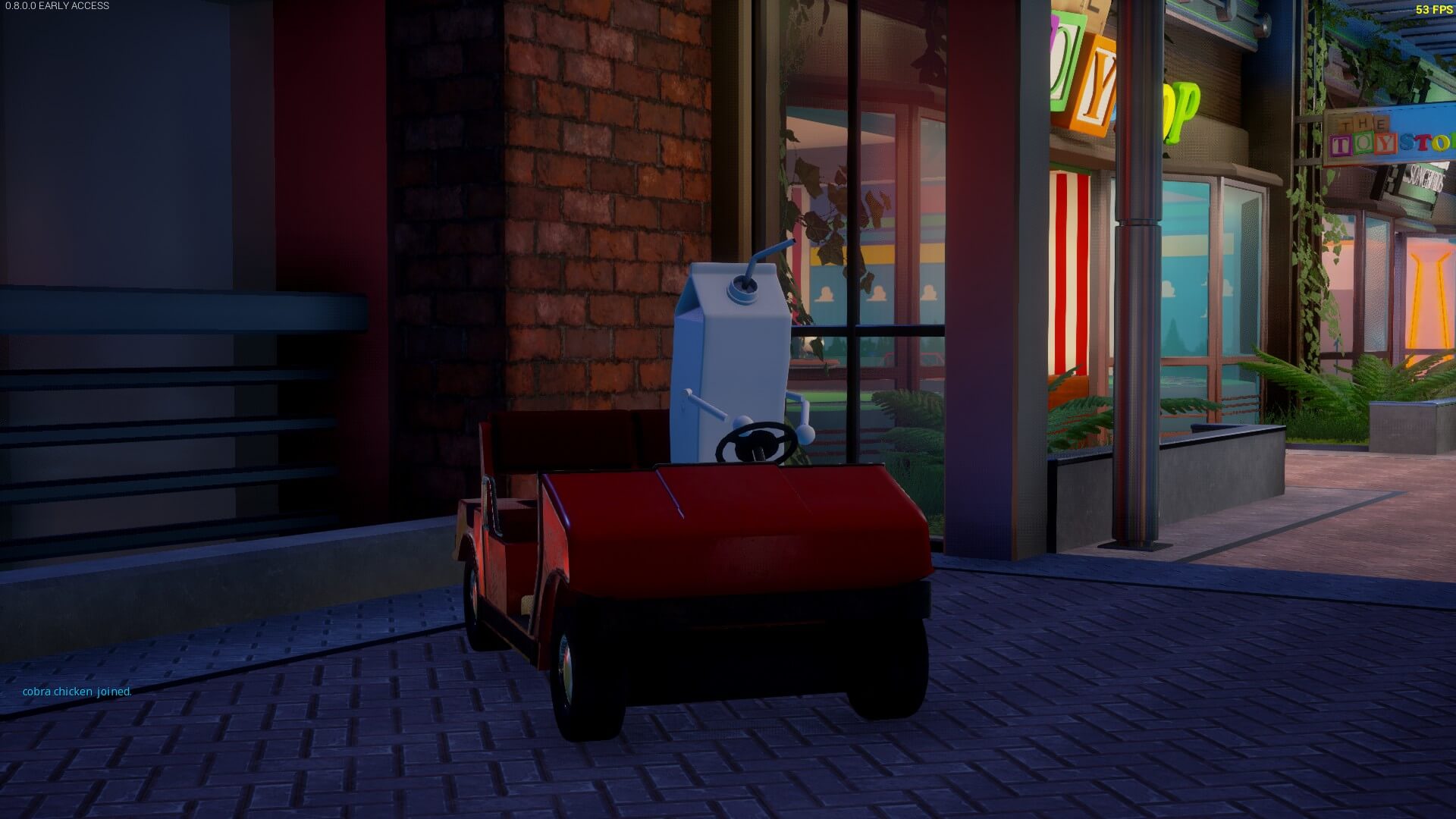 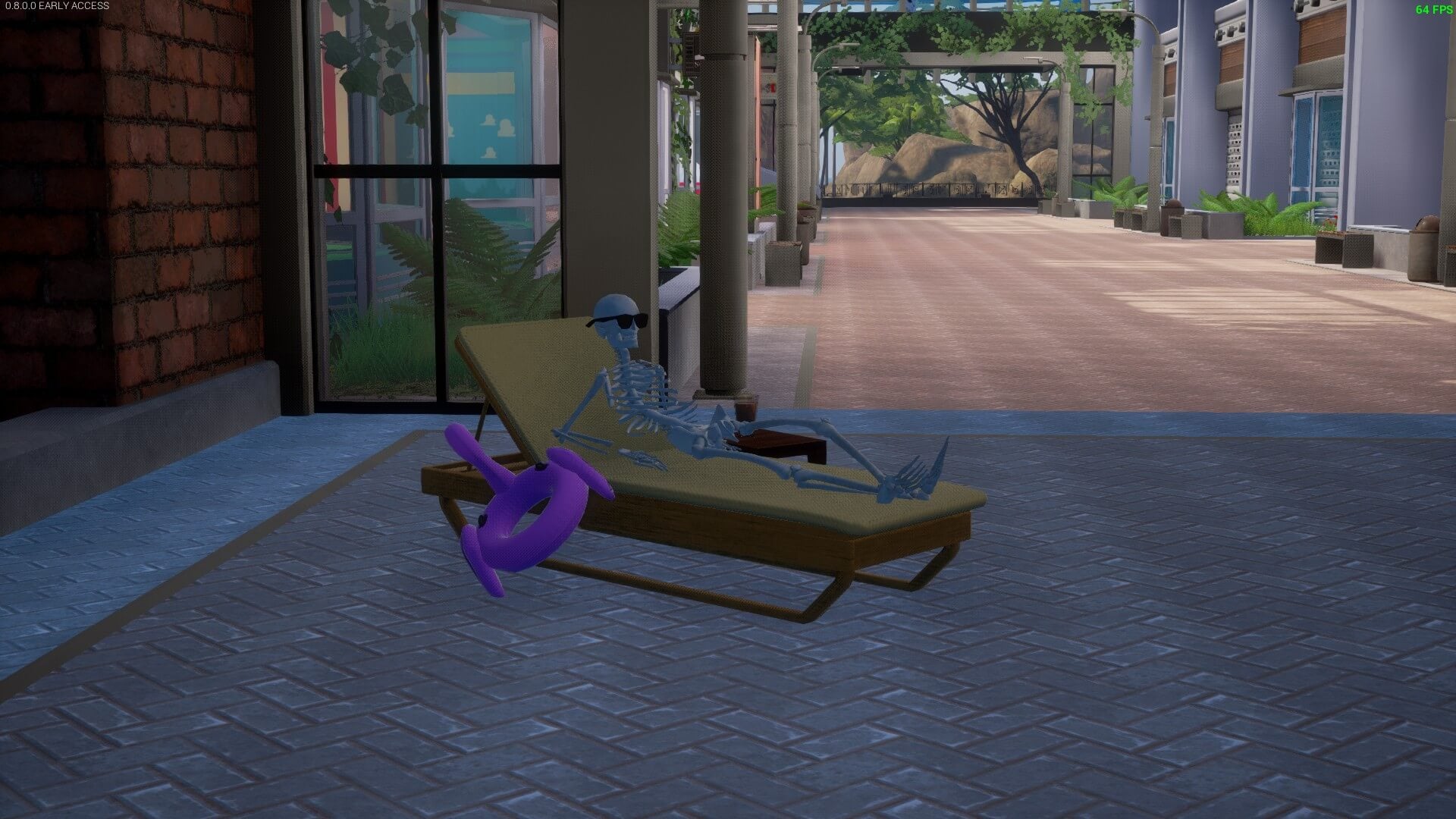 In the first picture we can see the Milk Man, speedy as ever, waiting for his next customer.
Of all things he’ll give you, milk is not one of them.

In the second King Arthritis relaxes underneath the glass floor of the backer statue area, unrealistically complaining about the heat.

The dock Across from Typing Derby

Our next NPC spawn point happens to be right across from the Typing Derby mini game, where you’ll meet your next friend hanging out in the shade underneath a metal canopy. Talk to them and you might receive some thing nice, or worse- something slightly less nice. 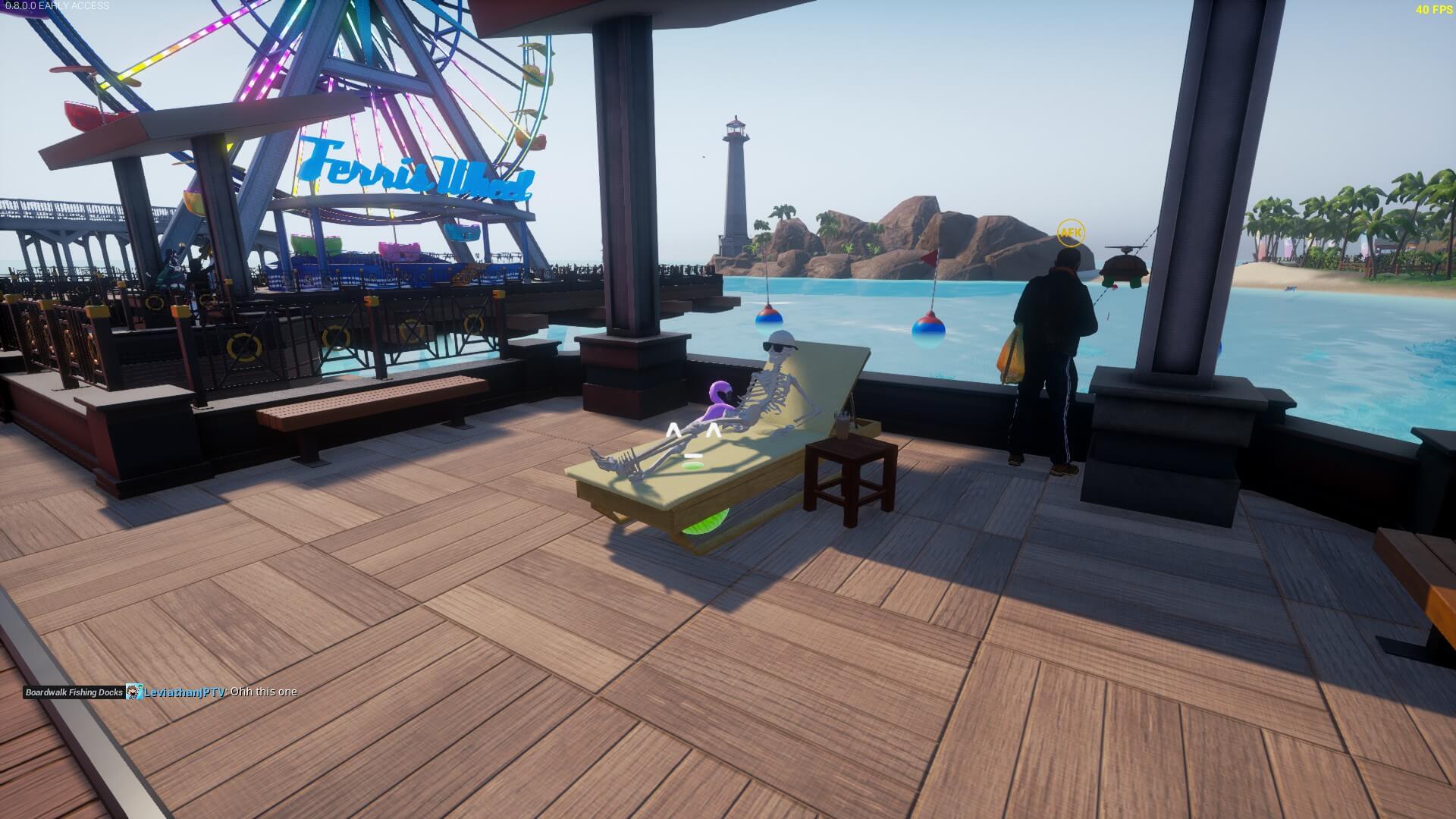 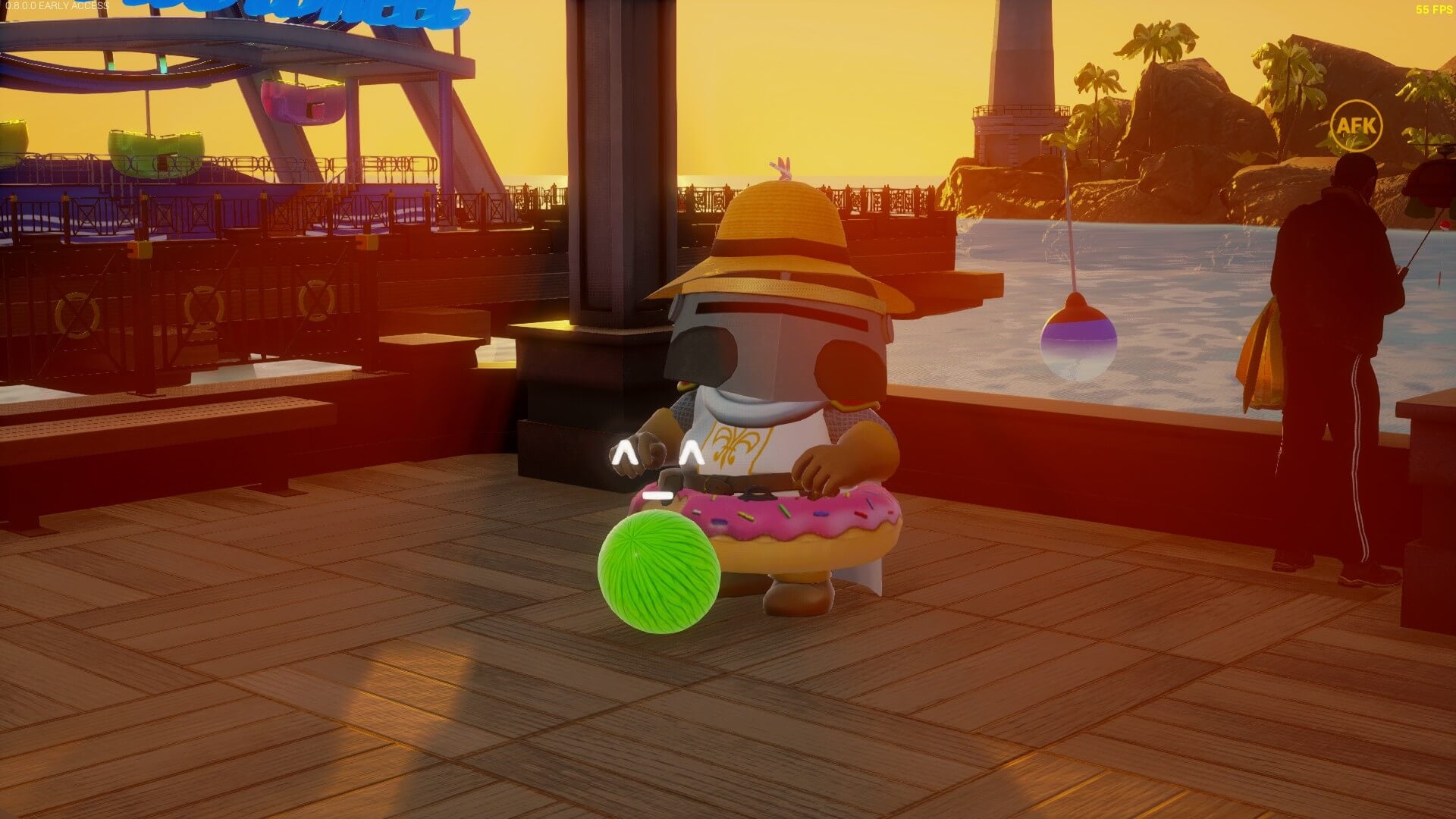 In the first photo, a motionless King Arthritis lays down on the dock and enjoys the sun.

In our second photo we meet an over prepared knight trying it’s best to block the sun. Must be hot under all of that armor.

In the Corner, to the left of Bowling

Directly to the left of the bowling alley in the corner half surrounded by a brick wall you’ll meet someone nice (hopefully) and if you ask nicely they might (will) give you a treat. 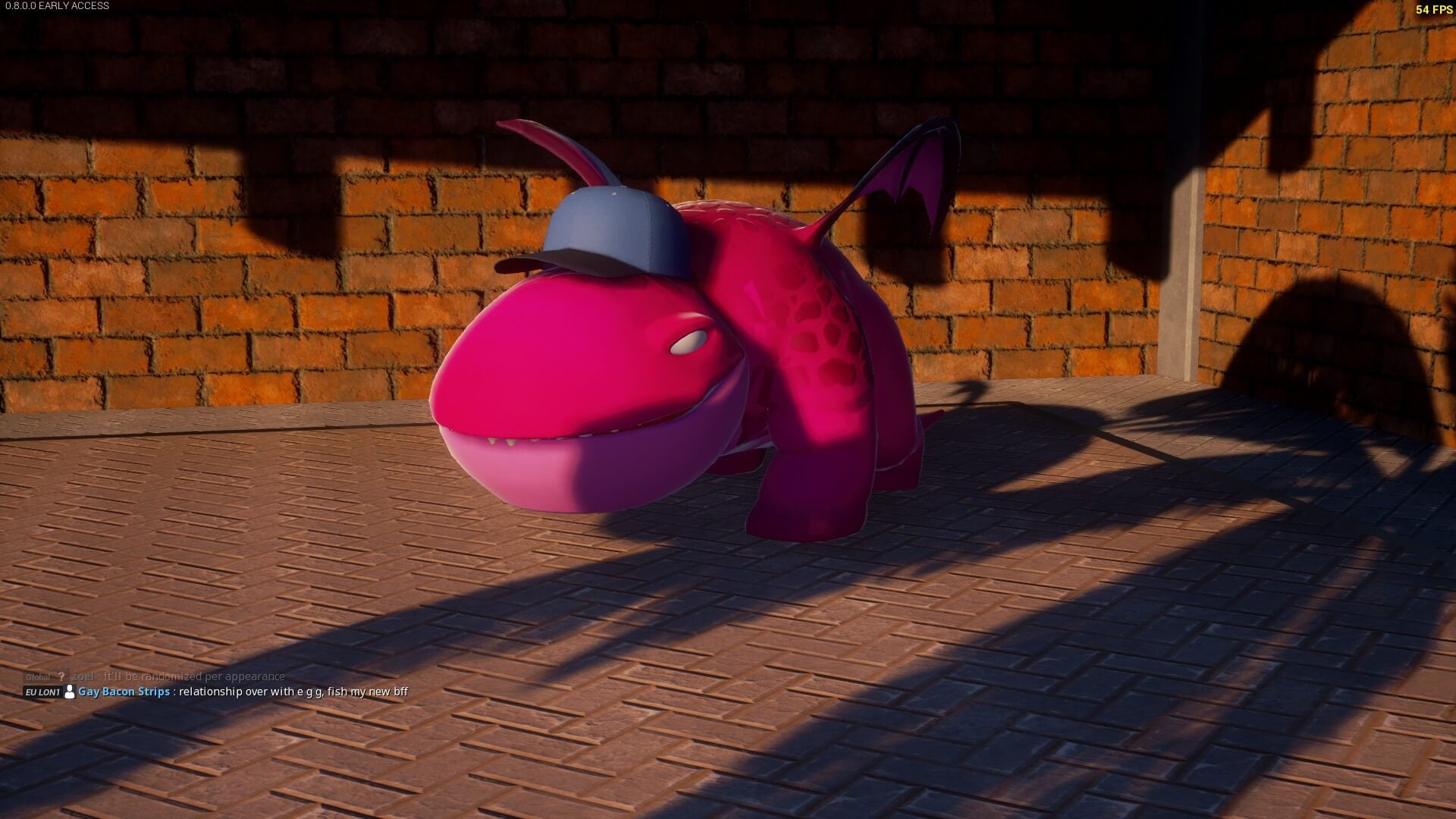 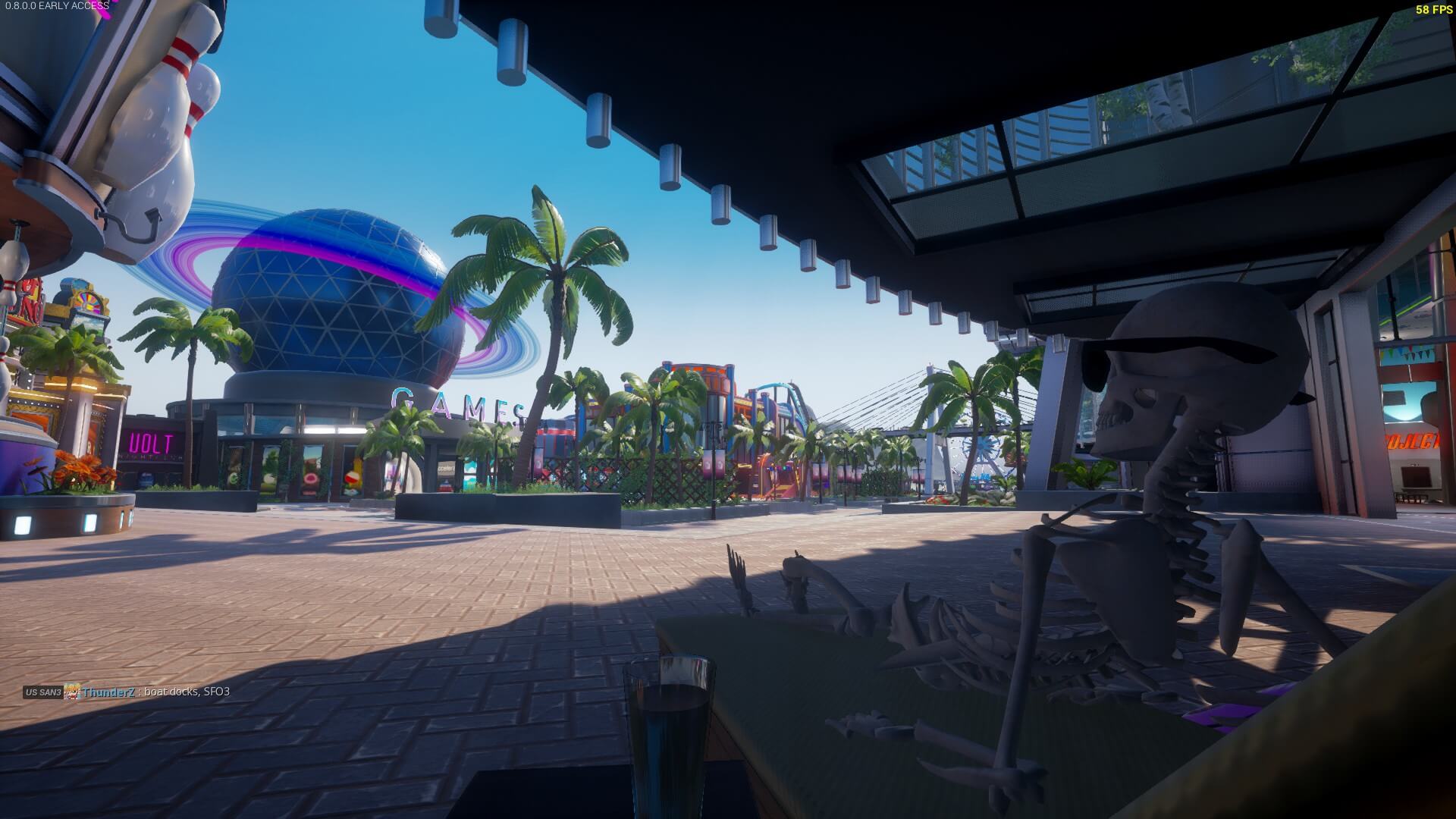 In the first screenshot we can spot a disgruntled Cornelius wearing a rather stylish baseball cap in the shade to protect some of it’s scales from the blazing heat.

In the second, King Arthritis beats the heat as well, even though it might not do much considering.. Well, you know.

The dock behind the Ferris Wheel

Just about here we’ve found another NPC spawn, where you’ll find our next visitor chilling on the second floor of the dock behind the Ferris Wheel. Talk to them and you’ll probably get a marshmallow. Or something better, if you ask nicely. 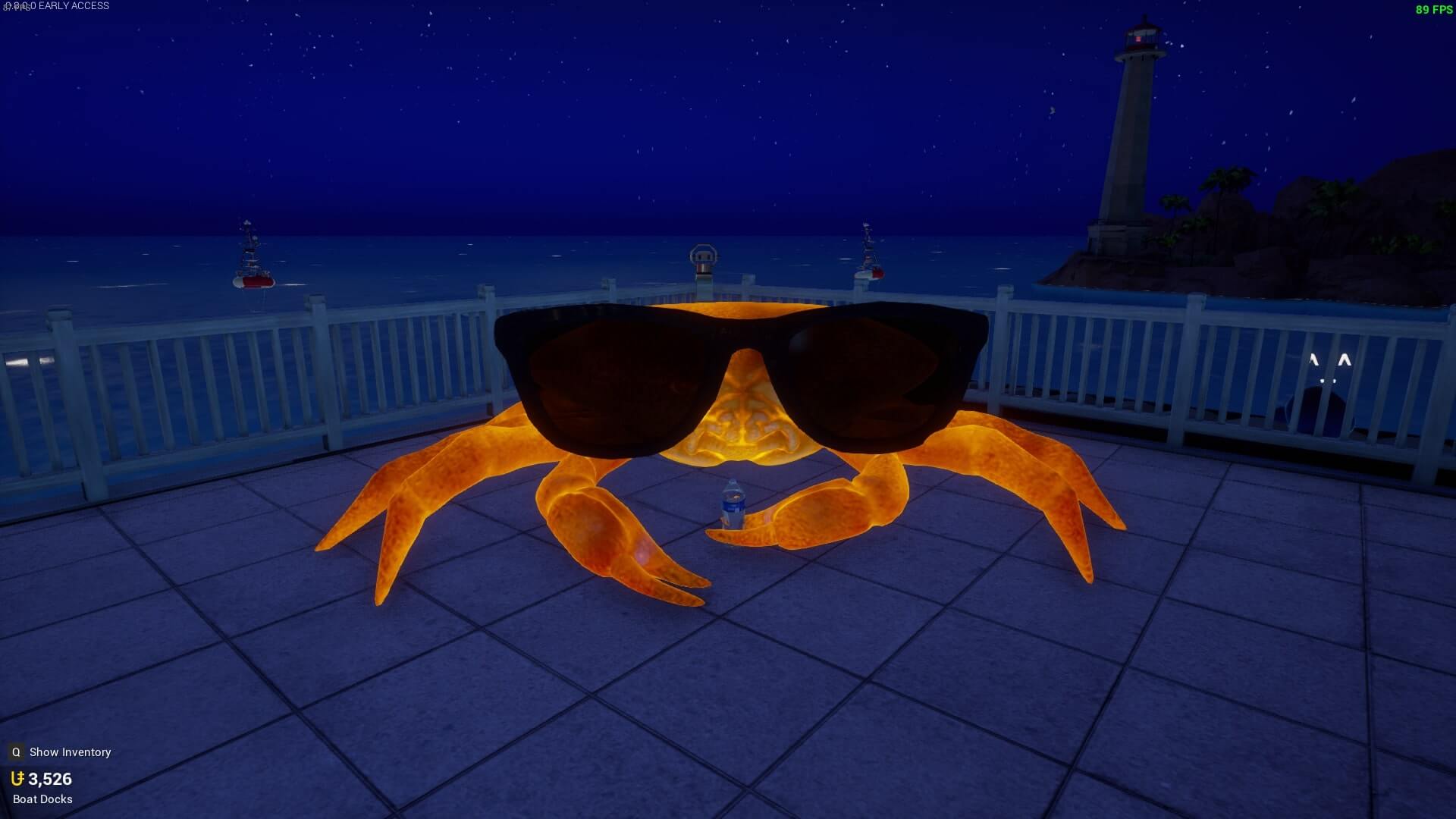 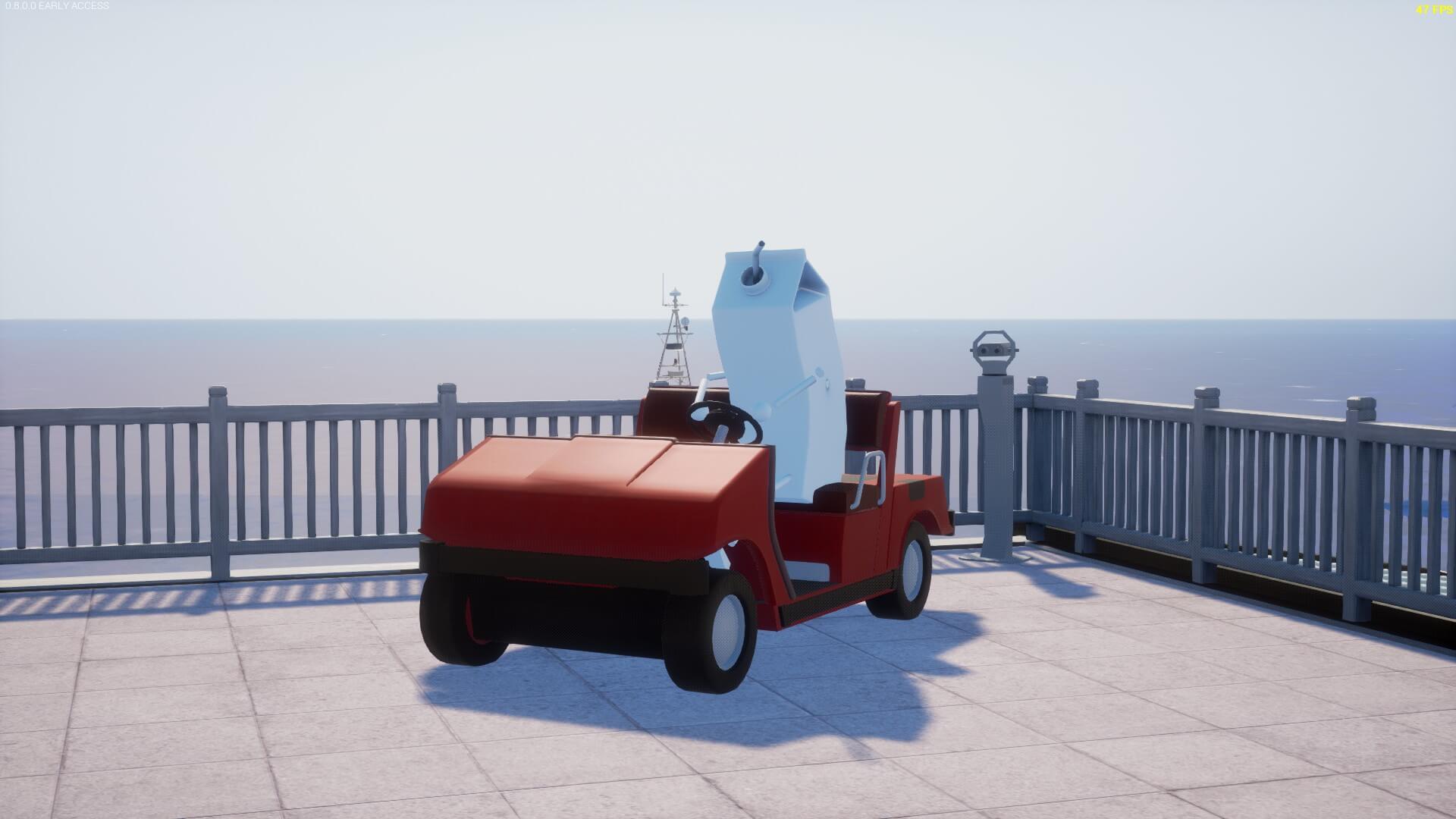 In the first screenshot we can see the Summer God, enjoying his hard work. Use sunscreen, stay hydrated, stay cool.

In the second screenshot we see the Milk Man in his signature milky smooth car, faster than light. We can only wonder where his delicious milk comes from.

Thanks to Sludgebot for finding this one for me.

Outside of the Casino & Laser Tag

Another NPC spawn can be found outside of the Casino and the Laser Tag building, where your hidden compadre may be not as hidden as you thought, sitting in the open waiting to dish out prizes. 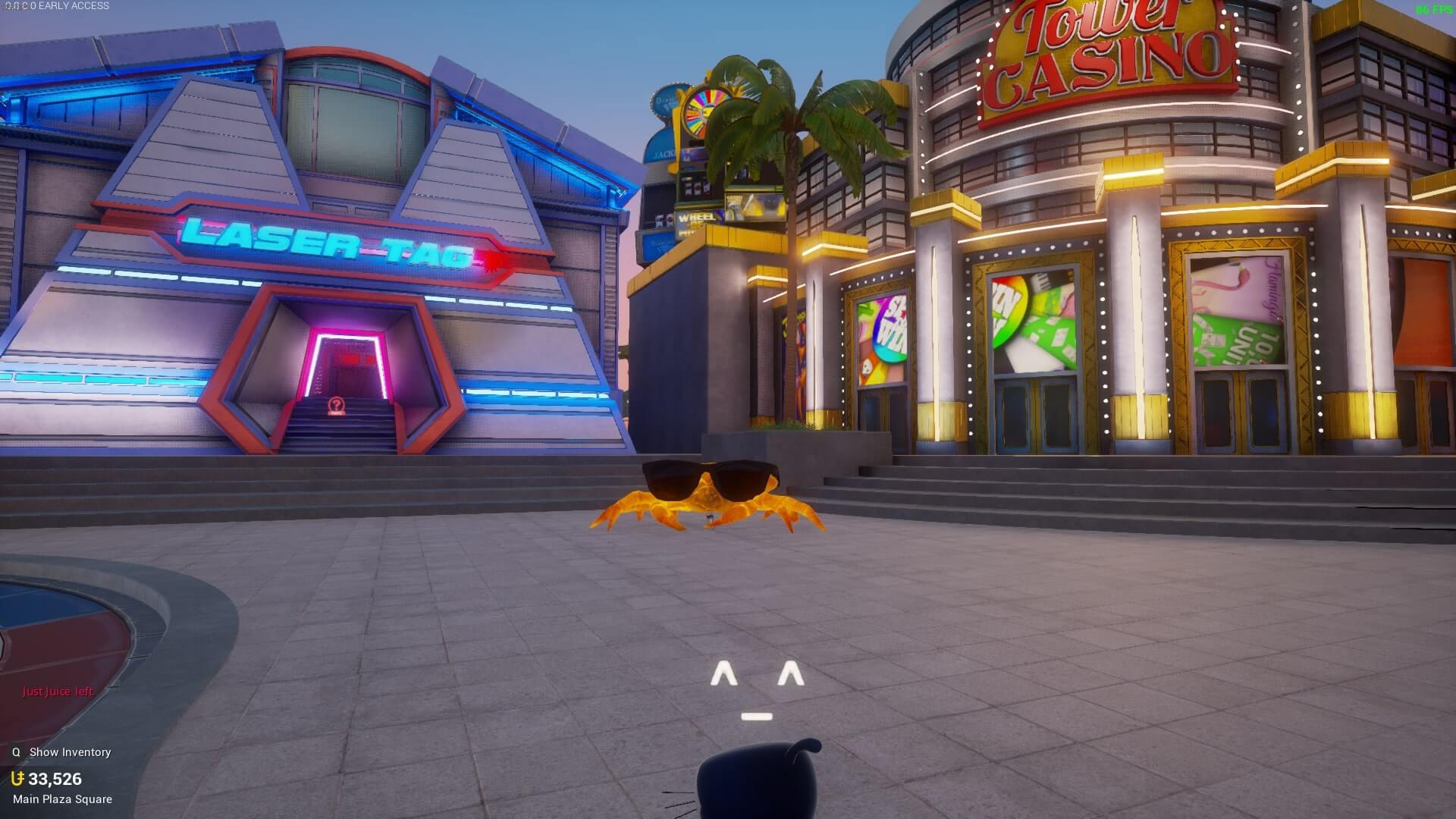 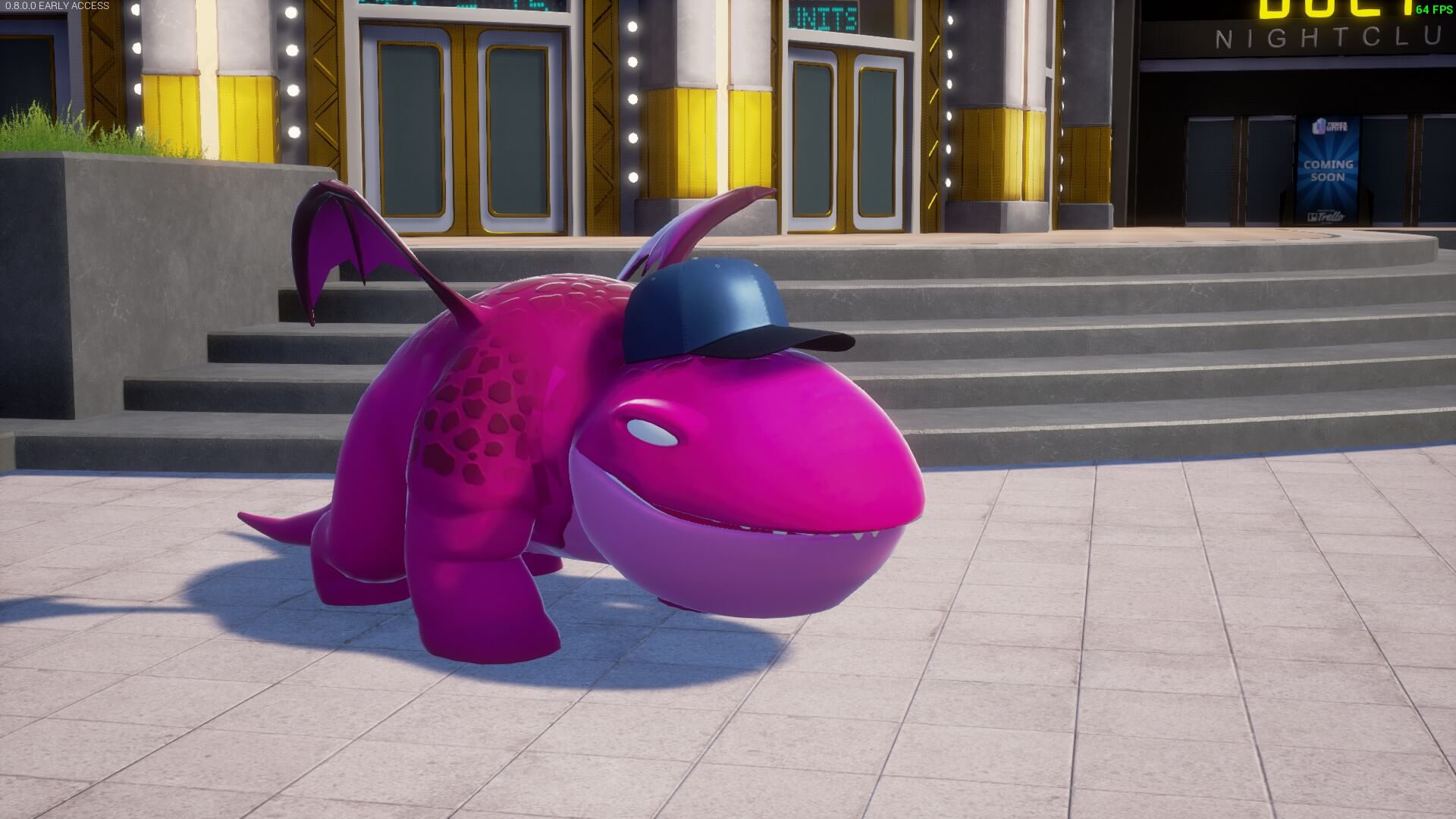 In the first shot we can see the Summer God after a long night of gambling, reaping the rewards of his labor.

In our second shot we can examine a fierce Cornelius, working hard to try and earn a living for his dragon family by barfing things into peoples palms- for free.

Thanks to Sludgebot for pointing this out for me.

On the boardwalk across from Celebrations

Here we have another NPC spawn point, where you just might find a different comrade hanging out in the corner across from Celebrations and diagonal from the new Bumper Cars building, waiting for you to find them. Not a very good hiding spot, but we appreciate the effort. 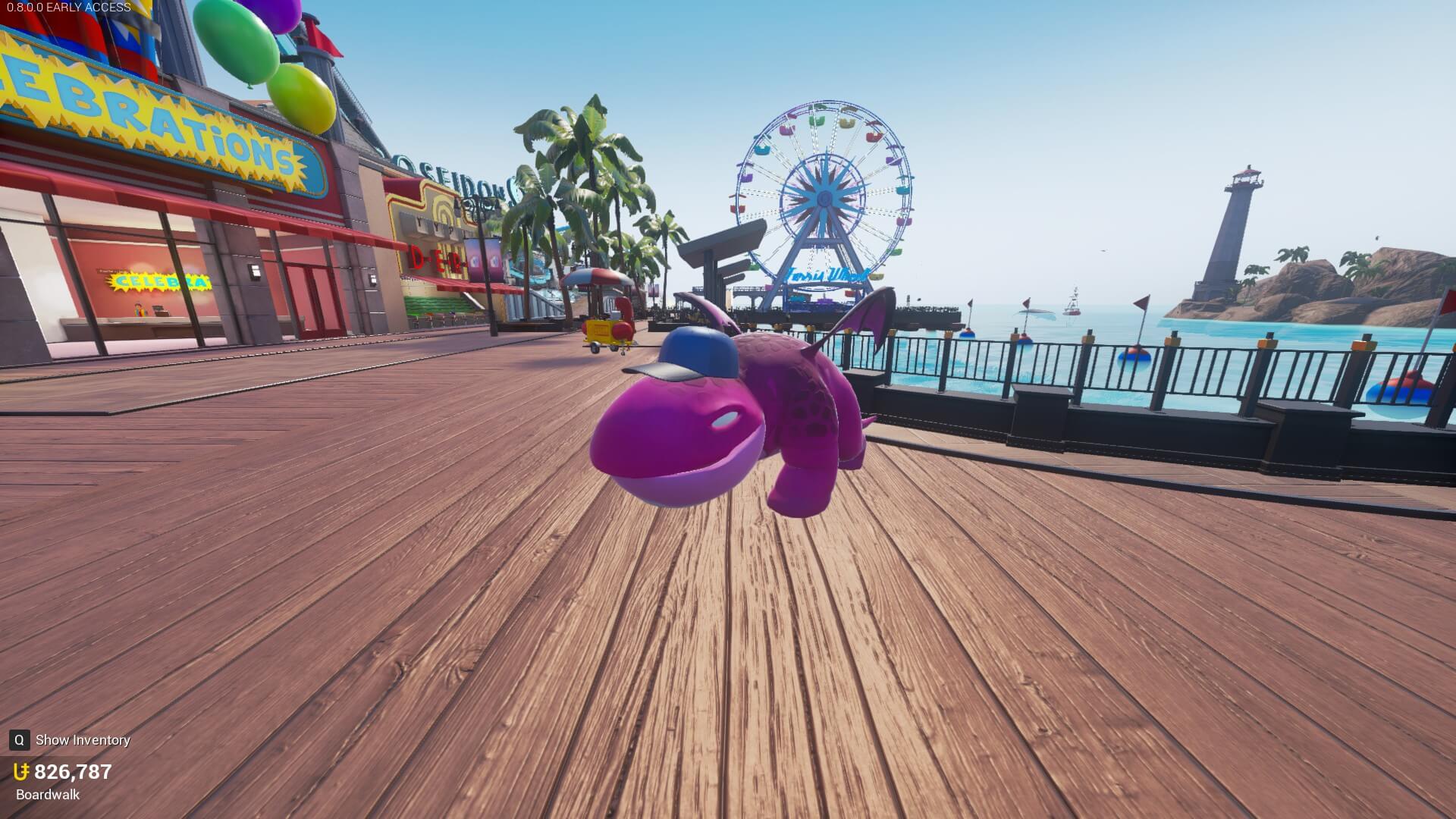 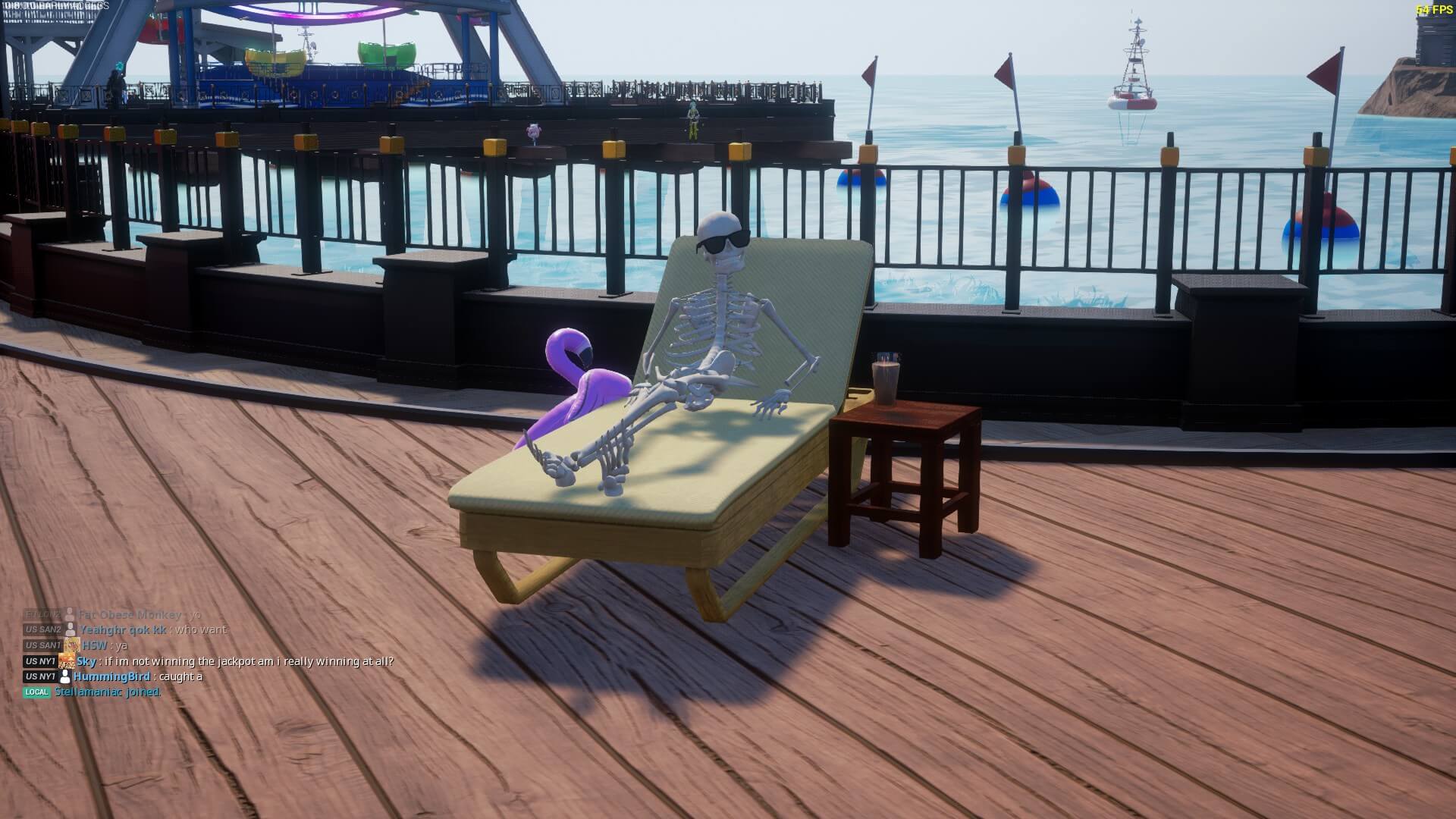 In our first picture this job hating bumbling dragon is hanging out on the boardwalk, ready to snap up enjoy his vacation and watch the fishermen (or fisherwomen) fish. Again, his hiding spot isn’t great, he cod have done better (I’m sorry, I should dolphinitely scale back on the fish puns).

In our second picture we once again see a sassy King Arthritis, immobile as ever, sitting stiff in the sun tanning them bones.

Huge thanks to Max for pointing this out.

Behind the Dueling Arena

Another spot you might see an NPC spawn is behind the Dueling Arena, which is the small blue and red neon building connected to the Arcade. Talk to the hidden one and he’ll hand you the goods.

Here we can see the Milk Man looking sketchier than usual. Something about this back alley deal seems to good to be true. Did he just ask me to milk him dry? Yes, that’s an actual thing that he can say. Don’t believe me? Meet him in the back alley.

Thanks again to Sludgebot for finding this one.