In this guide, we will tell you everything about Treasure of Nadia walkthrough. Follow this guide step by step it will be constantly updated.

Cape Vedra is a town dynamic with treasure tourism ever since Sofia Vesper, the worlds richest treasure hunter bought a mansion there. What tricks are awaiting you to find?

Use the MRI room key on the door to the left to enter the MRI room. Pick up Emily’s 1st Chest Key and the High Power Magnet.

Go to the bar to talk with Naomi and Tasha. Go up the stairs on the left into the attic. Read the book and fix the water leak with the pipe wrench.

After you are back in the main lobby of the doctor’s office, go back into the MRI room to the left and pick up the following items Camera Base and Loose Screws.

Go to the Library and break another pot that holds Naomi’s 2nd Chest Key.

Go to the Park and head west till you see Clare, Joey and Corn. Follow them north. You will come to a river where you can pick up fishing lures and the Philweed (1st) plant. Also a loose ruin you can move, when you move chase and catch all the roaches (9)

Go up to Janet Room and find the booze.

Go to the bar into the attic and smash some bugs to get Pricia 1st Chest Key. Also pick up the Carbon Shovel Shaft that is right next to the key.

Go into the Park west (once) North (once) then East (once)

Congratulations! You have successfully completed the Treasure of Nadia main story.

Treasure of Nadia How to Get All The Chest Keys?

How to Get All the Broken Keys And the Tomb Segment Key?

Treasure of Nadia Last Update Walkthrough How to Get All the Broken Keys And the Tomb Segment Key? 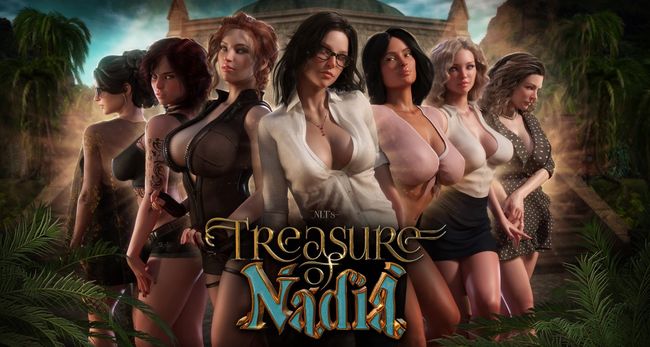