Speak No Evil is a Main Story Mission, and part of Assassin’s Creed Odyssey Walkthrough.

Head to the Bouleuterion of Athens near the Agora of Athens. Look for a man with curly hair and a green robe. He’s Perikles’s contact.

The goal with this mission is to rig the exile vote. The contact hands over a bag of ostraka votes, and it’s up to the player to sneak in and change the real votes to the fake ones. Do try to be stealthy. 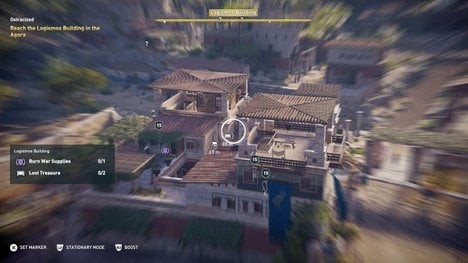 The building that holds the votes is near the Agora. It’s the Logismos Building. Call Ikaros to tag enemies and find the targets. 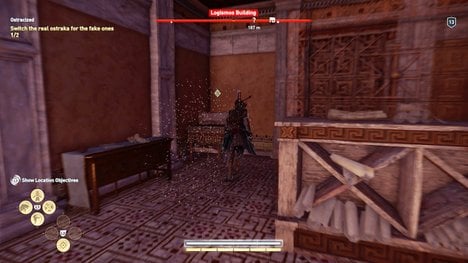 If you did not alert anyone to your presence, the vote will take place and the target will be cast out. If you were spotted or otherwise attacked, they will mention evidence of tampering, though the vote will still go in your favor. While this doesn’t appear to affect the outcome of the vote, after a short conversation with Sokrates, the mission will be complete – and if you were discovered you may find yourself with a sizable bounty.