Welcome to our BONELAB Tips and Tricks guide. This game is a mess and we’re going to help this amateur hour getaway house flip a coin.

Bonelab (like Boneworks before it) was developed by a frat house consisting of plenty of technical know-it-alls sure, but sadly absolutely no real grasp of game design.

It’s good that they’ve played Half-Life, but they clearly did not take any notes whatsoever regarding Half-Life’s core design philosophy- from signposting to tutorializing to playtesting. Especially playtesting. This game was only playtested by “experienced VR players”, and will turn away the wider audience on Quest 2 that will have zero clue as to how to play this game. Even returning players from Boneworks will need this guide.

What you Need to Know Right Away

Blue ball capsules need to be torn apart with both hands to count as ‘collected’.These designers thought it would be self-explanatory, but players returning from Boneworks will make it to the elevator with a literal trash can full of these, looking for the bin that cashes these out like in the original game. No such bin exists, and the game will delete your ball collection without warning upon completing the first level.

This game is NOT like the promotional video, with the test rooms and all the fun new toys given to you all at once!Bonelab was heavily marketed as a sandbox, but instead of actually being one, it instead makes you unlock everything via an incredibly obtusely-designed campaign. Just like with the original, the developers get to play with all the toys on camera for Youtube, while you have to suffer through ‘Streets’ (or whatever drawn-out mess of a level, instead of- you know, getting fun VR toys). Given the name ‘BoneLab’, I assumed a lesson was learned by Stress Level Zero regarding feedback surrounding the original game, but perhaps I was giving the team too much credit.

You can’t play as any of the characters from the promo video until hours into the game. 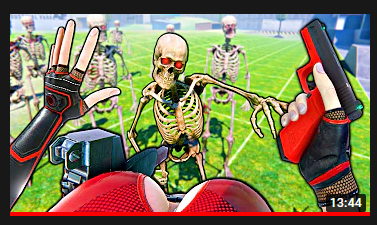 In case the cleavage on the thumbnail is what brought you here, I’ve got some bad news for you.

Mods won’t work until the game ‘allows’ you to have them.Before booting the game, I took the time to get the Marrow SDK up and running, and created an avatar. I make avatars for VRChat I know I know, CHAD ALERT, so I was excited to mess with the tools regarding this game. A process taking a few hours, I would like if the game would simply allow me to test my own content whenever I want. Even upon unlocking ‘The Lab’, my content still wasn’t being acknowledged by the game. Grade A stuff here, guys. 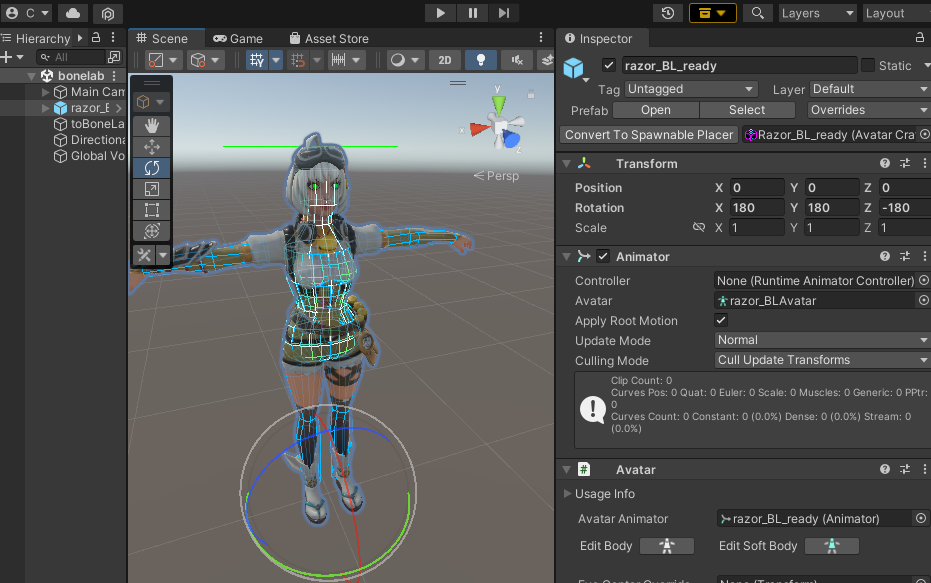 Whoops! Can’t use this yet! We’ll let you know when you can, I guess…?

Now with all that established, here’s what you need to know once you get to ‘The Lab’:

Once you’re at ‘The Lab’

In order to progress, you need to play any of the minigames (Arena, The Target Test thingy, Parkour) once, THEN return back to The Lab. If you’re on HDD, this should take about an hour and a half.

Once you’re back, go to the crane in the back of the map (up the staircase next to the Avatar Selector thingy). This crane thing SUCKS to control, but we’ll need to bear with it in order to unlock the secret ‘rest of the game’ cheat.

Those two yellow things on the ground near the crane? Plop them into that generator thing, and then start piloting at the controls. On the minimap, there’s tiny little dots (they’re hard to see), and you’ll need to move the crane over to those dots, and place them in the circles near your player character. Do this three times, and then run to the ‘Quarantine’ Door on your far right.

Here’s a video describing exactly what I just told you above:

You can find all BONELAB Guides here: