Point extract involves digging up blue gems called aquarqs from a wall before moving them to a central mining platform. Swarms will be very common, as will nitra. When the players first land they may be greeted with a horde of enemies, and possibly spitballers. Occasionally dreadnoughts can spawn.

Point extract caves tend to be large and open, with a few small alcoves. There are actually very few point extract maps and they can be learnt fairly easily allowing for quicker traversal.

Scouts and drillers can quickly zip around the map to get aquarqs that are in tricky to reach places, while gunners and engineer can get closer ones. Gunners should setup ziplines from the minehead to places with large deposits allowing for quick access to them.

When transporting aquarqs, making sure you have a path to the minehead can be critical. Ziplines are particularly useful, and gunners should make sure they have plenty of lines going from aquarq deposits to the minehead. Platforms and driller tunnels can also be used as a substitute. Carrying aquarqs is slow, and it’s recommend you throw them. Hosts especially can throw them further saving massive time.

While waiting for the pod to arrive, it’s a good idea to kite around the place. Scouts and drillers can use this time to complete secondaries or find minerals. 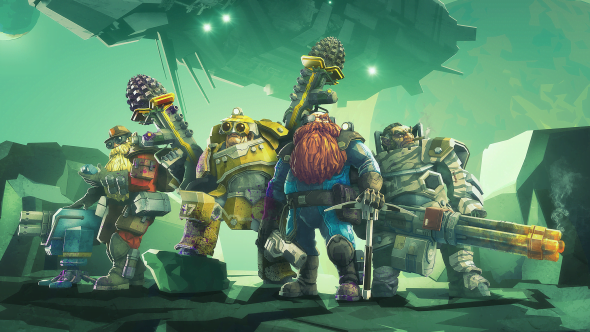