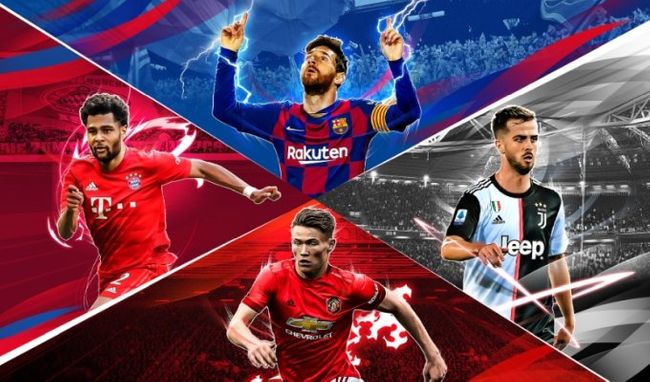 Scripting is a controversial underlying aspect present in a minority of videogames where gameplay is secretly manipulated by the backend code of the software that drastically impacts the user experience regardless of their efforts or performance. There has been substantial evidence provided that such factors exist in brands like PES and FIFA although it is unlikely to ever be conclusively proven without full disclosure from the developers.

Scripting can be used to manipulate users into spending real money in-game or it may exist as a form of artificial difficulty to perhaps cover up a lack of quality in the AI. This can also be seen in linear games such as Call of Duty campaigns where the player is expected to follow a certain path, or even racing games that have a discreet rubber-banding or a catch-up logic mechanic in play.

However, this concept being present in sports titles like PES against the AI and fellow players online, raises serious questions about the motives behind its inclusion and implementation especially when it wasn’t a factor in historic instalments of the series.

How Do I Spot Scripting?

Scripting can manifest online and offline in PES 2020 but it is absolutely notorious and relentless when facing the AI on the Superstar and Legendary Difficulties particularly if you are playing with weaker sides. This likely exists to compensate for below-par AI but it can leave users feeling annoyed and it makes matches look incredibly untidy. You may notice blatant inconsistencies or bizarre occurrences that leave you frustrated and confused – a lot of these are simply down to the scripting and not your personal performance or bad luck.

There is also suggestions that weaker AI teams are scaled upwards regardless of stats when facing better sides, so if you are facing San Marino whilst playing as France, you may be in for a tougher match than statistics would suggest! Here is a few common things to look out for which can be attributed to scripting:-

Sometimes you’ll struggle to complete basic passes – a 6 yard pass being under-hit, a 25 yard one going way too far or a simple pass going way off the intended target only to be collected by the opposing team. The AI can also block or intercept the ball with ease even if you are directing the pass well outside of their reach. The default Level 1 Pass Assist setting adds to the frustration as it feels all pass actions are RNG-oriented. Level 2 is more in-line with previous PES experiences.

This is one of the most rage-inducing and broken aspects of PES 2020. Most of the time, your perfectly timed and powered through-balls fail to reach the desired target or go in the direction intended. Often the CPU will intercept the pass, or in the rare instance where a ball is perfectly played, your striker will suddenly stop or slow down allowing for the defending player(s) to cut out the move. Power applied never reflects the visible ball speed either.

Lionel Messi through one-on-one and powers up a shot from 12 yards only to see his effort trickle towards the keeper. Granted, you can blast shots quite comfortably from outside the box that the keeper will likely parry but when it comes to easy chances in front of goal, even the top strikers can be held back by some questionable instances. It appears the closer you are to goal, the weaker full power shots become with the ball at your feet. A minor solution is to change your shooting to Manual – it makes it slightly harder to hit the target, but this way you aren’t held back by the scripting and having shot power sacrificed for accuracy. Try switching between Basic (default) and Manual in training to see the difference.

Player switching needs to be responsive, fluid and snappy particularly on a game where the AI has full control over all players. Sadly in PES 2020 just like its predecessor; you will be battling the infuriating player-switching as well as your opponent. Thankfully there is a slight fix which can alleviate some of the frustration with this – you can try changing the ‘Team Mate Controls’ from assisted to manual.

You may notice a rapid striker with outstanding speed attributes get outpaced by a 35+ year old defender or how a massive powerhouse like Romelu Lukaku can get bullied off the ball by a weak defender. The scripting is in full force with farces like this where even stats mean nothing. Even at the higher in-game difficulty settings, there still has to be some degree of realism and having low stats being scaled-up can gravely impact how matches look and feel.

No matter how good a footballer is statistically, if the scripting is not in your favour, you may struggle to control the ball properly even if it’s received from a simple pass. With the ball in comfortably at your feet, you can still lose possession as the player may suddenly carry it too far in front of them, right into an opponents path for an easy interception. If the script us operating against you, the ball physics can go haywire where it can bobble around your players as you try and salvage what possession you can. This can decline further as the match wears on making gameplay intolerable.

Sometimes you will have a torrid run where the AI wins every 50/50 and loose ball. Bad RNG? Nope, that’s intended scripting. On September 18th 2019, Konami acknowledged this as a major issue and a supposed fix is being produced for the end of October.

Ever been on the attack and played a nice sweeping ball into the path of your player but they just stop for no reason and the move breaks down? This is another common factor yet the AI does not experience this handicap. You’ll also notice this happening in defence when the AI plays the ball into a dangerous area and your defenders will often stop and allow the opponent to complete their intended move. This can be further hamstrung if you cannot switch to the nearest player and are relying on your own AI teammates out of your control.

Slide or block tackling is an effective way of nabbing the ball or stopping an attack but more often than not, you may find yourself missing perfectly timed tackles altogether with the AI bizarrely evading whilst also retaining the ball. Even though your timing and execution was perfect, you still weren’t rewarded and left wondering how your opponent managed to keep possession with the ball somewhat glued to their feet.

If your team is in poor condition overall, you will see a culmination of the above factors in operation together that hugely impact the performance of your team and your overall enjoyment of the game. You can struggle to string passes together, control the ball, get persistently tackled, fail to get past opposing players and move the ball around the pitch with any finesse. It’s almost like your team forgets how to play football and it becomes extremely demoralising. The way difficulty is implemented in this game is deeply flawed and the consequences of low player morale are simply too exaggerated and unrealistic.

The more matches you play, the greater chance you will begin to notice the AI scoring very samey and predictable goals as you’ve conceded previous. The most common goal is a glided long ball into the feet of the attacker who turns and finds the net with a low shot before you are even able to highlight a player. Other times the CPU will pop up with an unchallenged header or simply smash the ball home right into the corner of the net from outside the box out of nothing. If the AI wants or needs to score, it will and there is nothing you can do. PES used to be known for its open play and crafted goals thanks to a catalogue of animations and authentic ball physics. Now the AI just cheeses it when it needs to.

Following on from the AI scripted goals; I am willing to be that 99.9% of players have conceded more last minute goals than they have scored but more often than not, if a game is drifting into the last few minutes and the AI has a dangerous attack, free kick or corner, they are likely to score especially if the game is tied or the player is winning by the odd-goal.

These are just a few examples of how scripting can affect games. The artificial nature of how the AI performs technically and visually just shows how crippled the launch build is of PES 2020 from a gameplay standpoint.

How Can I Combat Scripting?

Unfortunately there is no way to get on top of the scripting – it will exist in the game until it is heavily downscaled or patched out altogether. To improve the experience in the meantime, you may want to consider opting for pass assist levels 2 or 3 and dropping the difficulty down to Top Player. Although this doesn’t remove scripting, it lessens the frustrations associated with it and still provides a reasonable challenge. The biggest surprise to users was how scripting was not present in the demo but the full release seems to mimic that of the final build of PES 2019 where matches were dominated by such controversies.

This game clearly does not require scripting to function which the demo proved whilst also showcasing a truly promising football game that was smooth, responsive and highly enjoyable. The demo build was so well-received, it is unfathomable why the developers have resorted to this design. Sports titles like PES are supposed to reflect individual users skills and abilities without having their performances impacted by elements out of their control. We can only hope Konami revert to an old build or eradicate the issues on the current branch of the game to make it a fair and entertaining experience once again.