Minor factions are your early opponents. Try to find them as quick as possible. Your faction quests will only begin once you find a minor faction. The first quest involves you taking out rebel Cravers. This will reward you with either Hyperium or Titanium. In the second quest, which is given to you immediatly after finishing the first, choose the conquer option. While the other does indeed reward you with a hero, right now heroes are the least of your worries. Also there is the fact that the Infinity Shield is too good to pass up. You will be using it throughout the rest of the game once you acquire it. 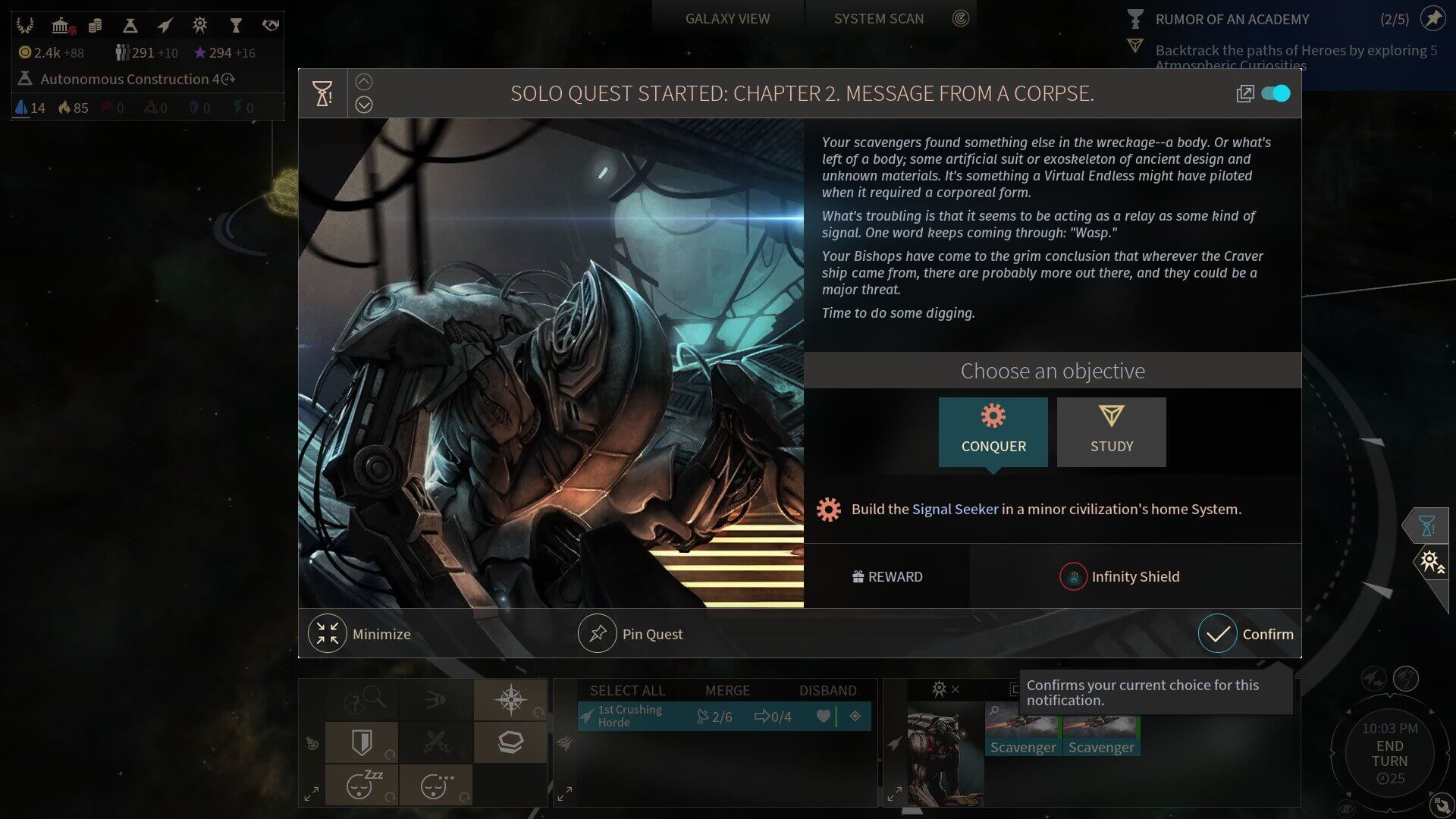 Make sure that you are using the fleet of yours that has the hero on it to do this quest, you aren’t going to get much further without it. At this point I would advise creating another ship to help with the quick capture of this minor faction. Your main concern at this stage in the game. Is to assimilate as many minor factions as possible before you go to war with the major factions.

A good way to quickly subdue a minor faction is to have a conquering fleet already on the system before you declare war. Once you do, quickly take out their space forces, and begin invading their ground forces. As is with all ground invasions you may want to siege them out for a few turns before actually attacking, however if you have the manpower to support continuous attacks then you should definitely press the attack. You don’t want to spend very long capturing minor factions, as generally by this point in the game the major factions are very soon going to be on your doorstep. If they aren’t already that is.