The game starts, you have three ships. Two explorers, one colonization ship, and an empire to get started.

First things first. We have to get our ships moving. 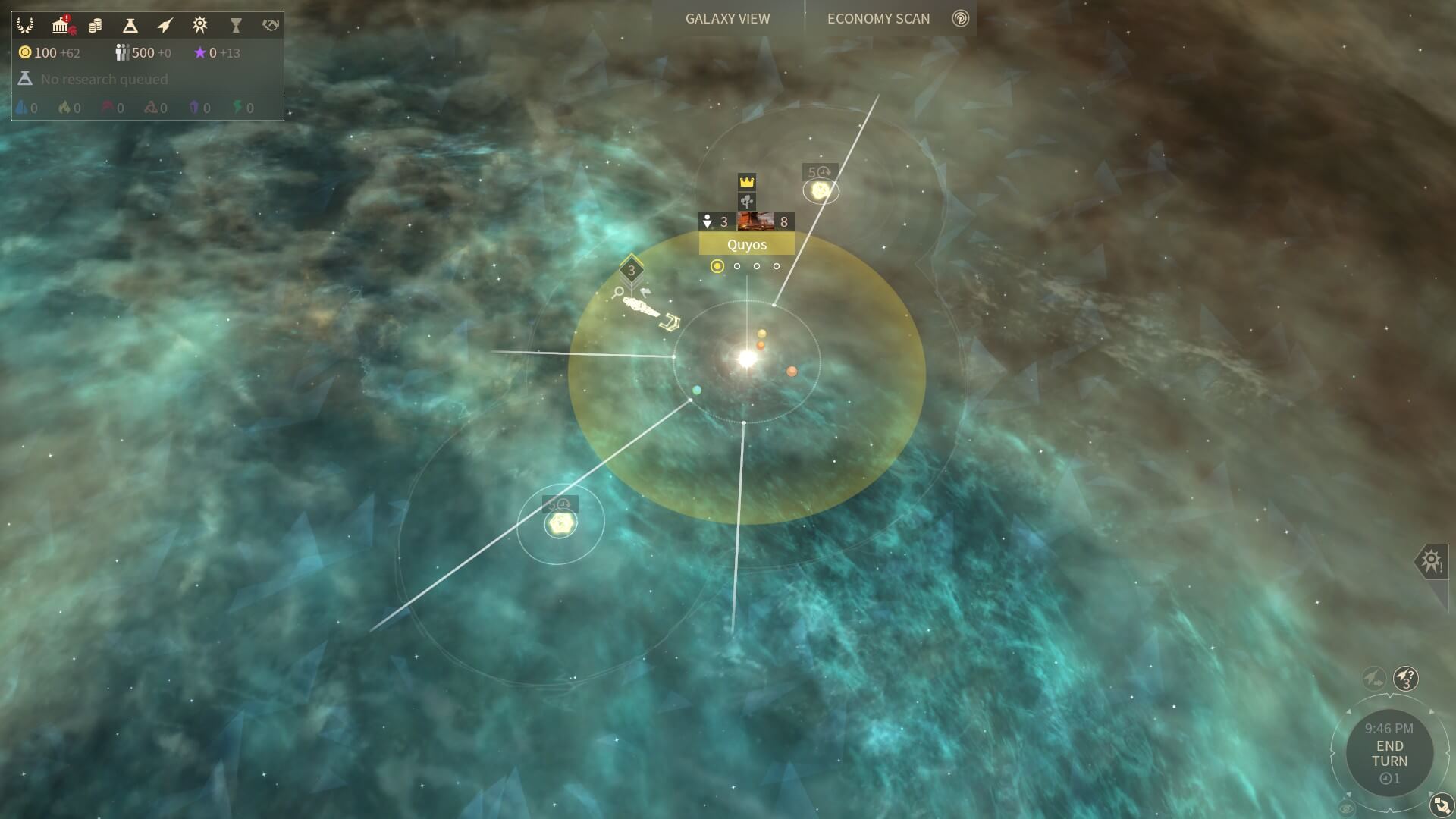 Now we need to set up laws, research, and production.
Laws right now do not do much but its a good idea to pass the “Lower Fleet Costs” law. While you won’t be making many ships in this early state, when you do you will be able to get them out quick thanks to this. 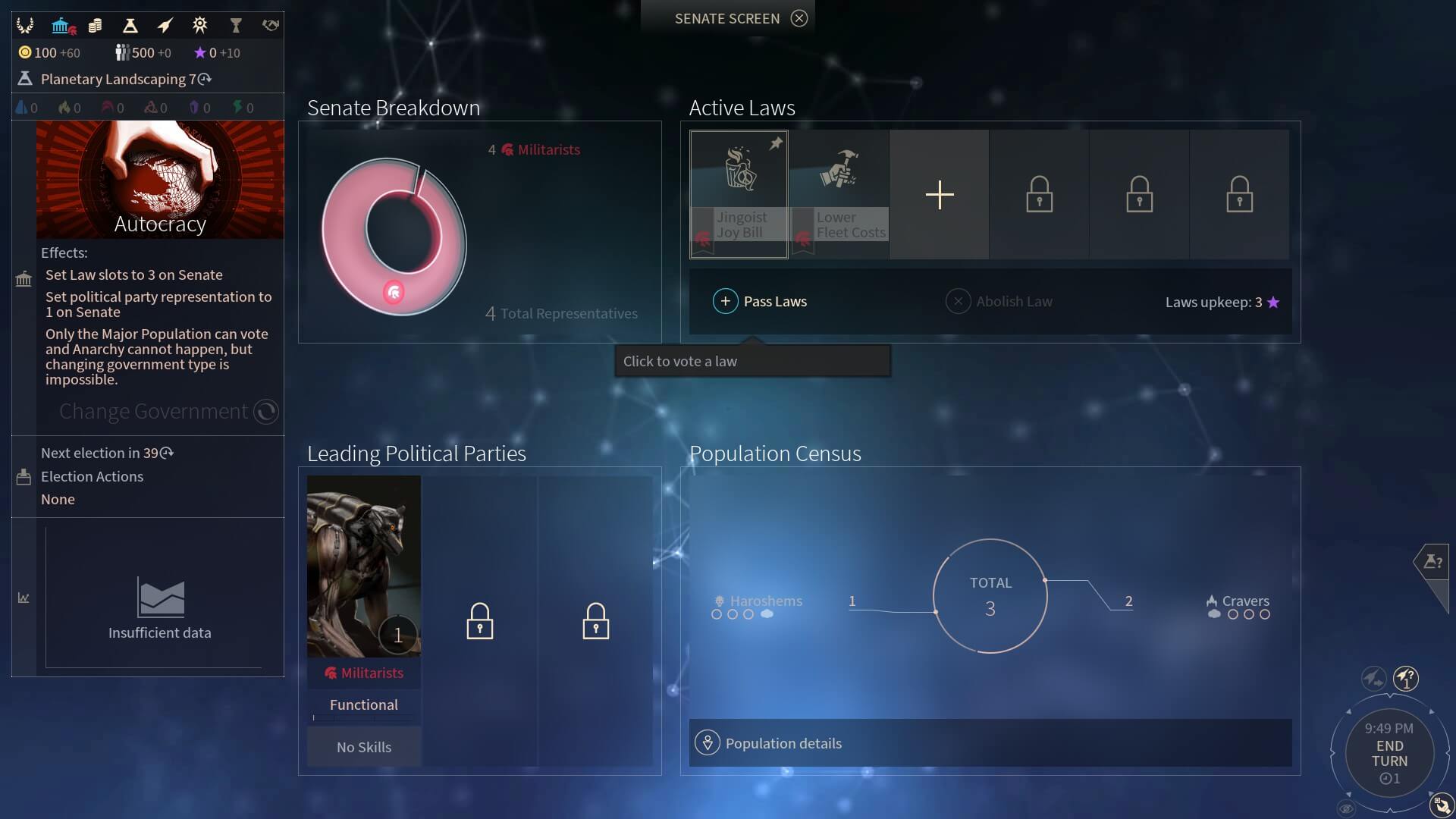 Now for research. Your progression through research will change drastically based on what faction you play. This first set of research will allow us to get a good ground to go off from. Your first concern as the Cravers is to secure food. “Planetary Landscaping” will do this for you and is the absolute best choice for your first piece of research. This will also open up the opprotunity for you to get new ships. 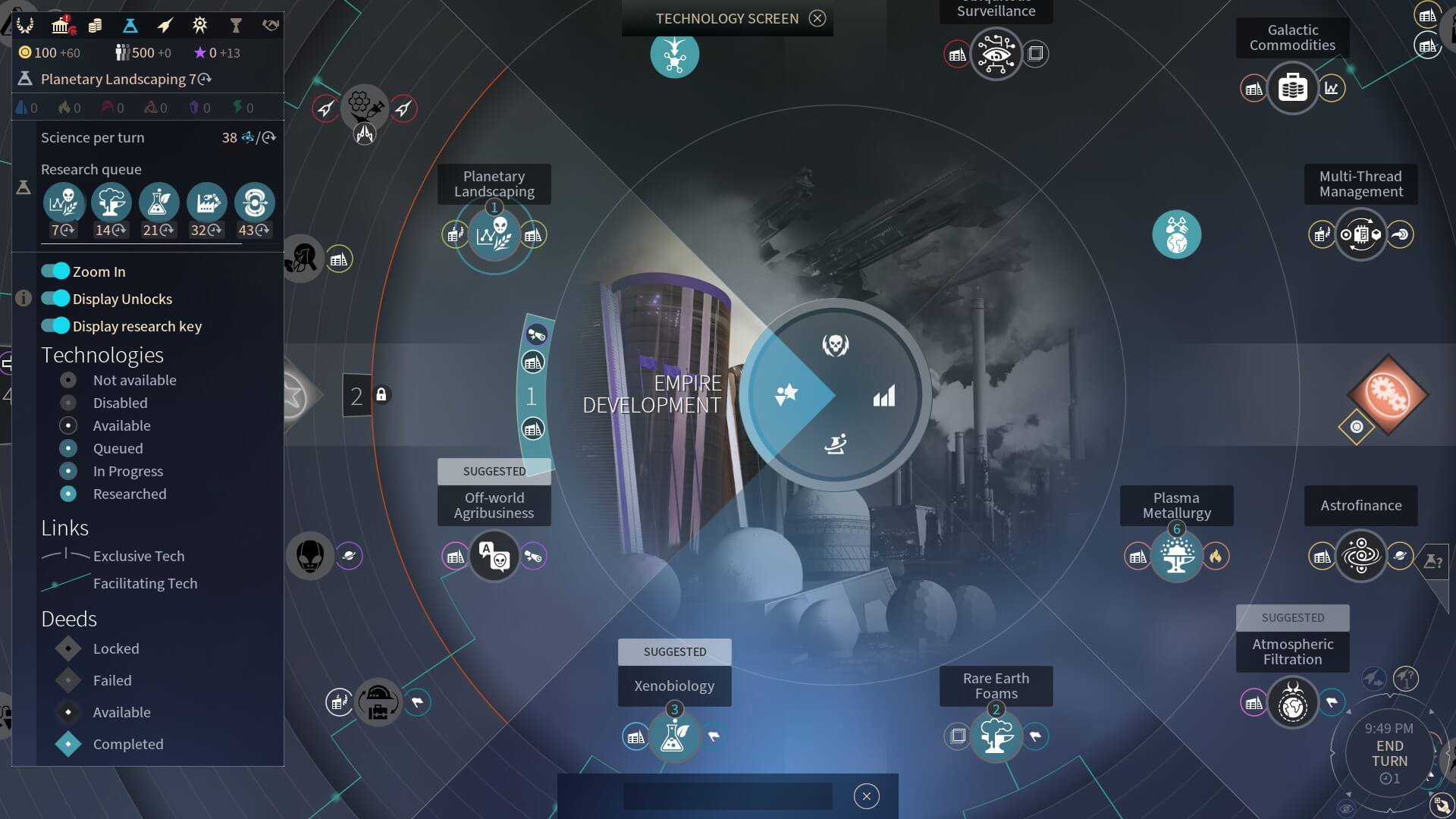 The combonation you see here I would not recommend for any game length other than Endless. This is because in Endless you have much more time to set up. For shorter games I suggest getting to those Slicer and Marauder ships as fast a possible. Then from there you can set up more long term research.

And finally we come to building your home system. There isnt much to build, but the order in which you build does matter. Prioritize construction first. Xeno-Industrial is first up on that list. Then once your first piece of research is completed prioritize the food production items. You will generally follow this path with all of your systems. 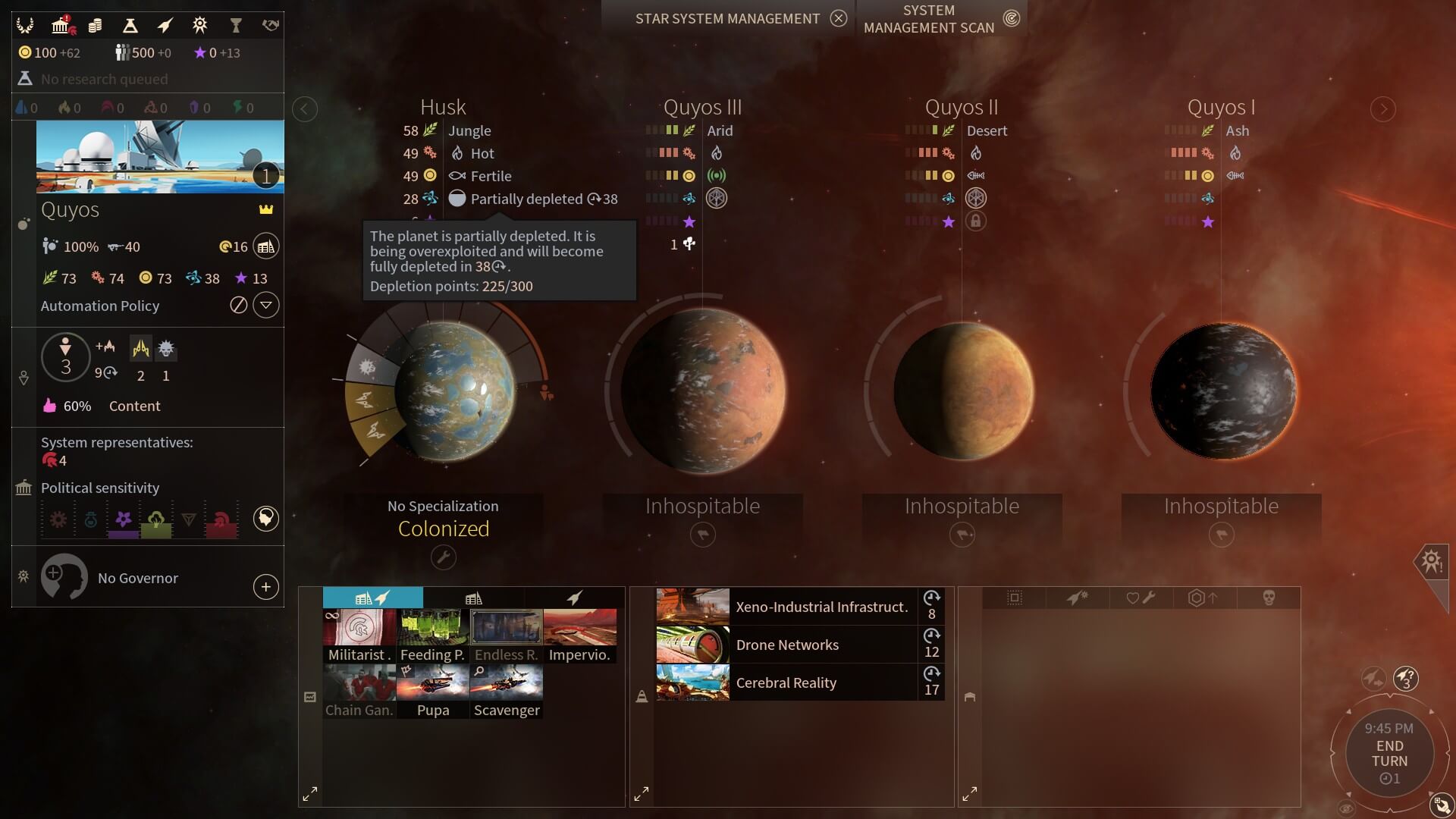 Keep in mind that the entire time this is all happening you must continue exploring as much as you can throughout your starting constellation. Your goal here is trying to find habitable planets, as well as finding minor factions.