Welcome to our FAITH Flashlight & Lantern Mode Achievements guide. Some advice for getting the “Livin’ Only For the Night” and “I Don’t See Under My Feet” achievements!

Some advice for getting the “Livin’ Only For the Night” and “I Don’t See Under My Feet” achievements!

Flashlight mode and and Lantern mode are two optional modes added to Chapter 1. They do exactly what you would expect, making the entire screen dark except for area covered by the flashlight or lantern. The flashlight gives John a long range but narrow cone of light, and the lantern lights up a small circle around him.

I personally found Lantern mode easier than Flashlight mode, but the completion percentages imply otherwise, so you can tackle these in whatever order you prefer.

Getting in the House

For this section, it will be helpful to “FAITH Chapter 1 Walkthrough & Collectible Notes” guide open. It contains a map that will let you get to where you need to go as soon as possible.

Because of your limited vision, avoiding Michael (the white spider demon) becomes a lot harder. I found the best way to deal with him is to stay on the edge of the screen, and go to the next screen and back again as soon as you hear one of his voice lines.

First, go to the shack and get the key. It is located four screens up and two screens right of the starting screen. Watch out for Michael when exiting the shack!

Summon Amy by going down into the basement, and standing in the center of the inverted cross in the bottom left room. You are then brought upstairs, where a short cutscene plays.

To unlock the attic, you will need to exorcise Amy a few times. Just go into any room other than the bedroom, and she will come for you.

Because you can’t see the blood trails that signify what direction she is coming from, I suggest moving to the center of the room and rapidly tapping the exorcise button, while rotating around. Once she is stopped, just exorcise the Amy that blinks slightly differently.

After doing this for a while the door to the attic should open in the top right room of the second floor.

Enter the attic and go up one room to start the boss fight. The game gives you a checkpoint after every phase, so don’t worry too much about dying.

Phase 1Keep your cross on Amy while avoiding the gray demons. They can’t be dispelled, so just move when they come too near.

Phase 2Phase 2 plays out similarly to the section before this fight. Spam your cross in all directions until Amy appears, and then exorcise the odd one out. When you hear a whooshing sound, dodge in a direction perpendicular to the one you were exorcising in, then return to your position and exorcise in the opposite of your original direction.

Phase 3Phase 3 is very difficult, but can be made trivial with a simple trick. 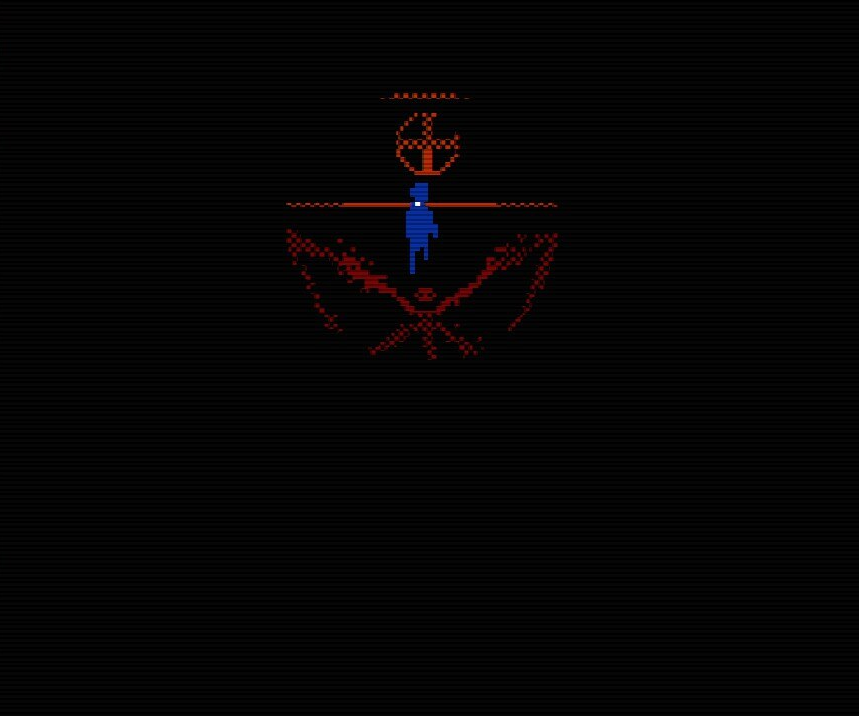 Move John to a position similar to the one in the above image, and wait for Amy to come to one of the upper corners of the pentagram. Once she is not moving, step back from her slightly to avoid her projectile, and then exorcise her. When she starts moving again, return to your original position. She will occasionally send a gray demon after you, but this can also be avoided by stepping back.

This phase will take a bit longer than the others, because we are playing much more passively.

After defeating Amy, head downstairs and grab the gun. At this point you can go for whatever ending you want, but I just went straight to the car and shot Michael when he charges at you from the left.