Freddy Fear’s House of Scares is a single building location found in the northern section of The Mire in Appalachia. 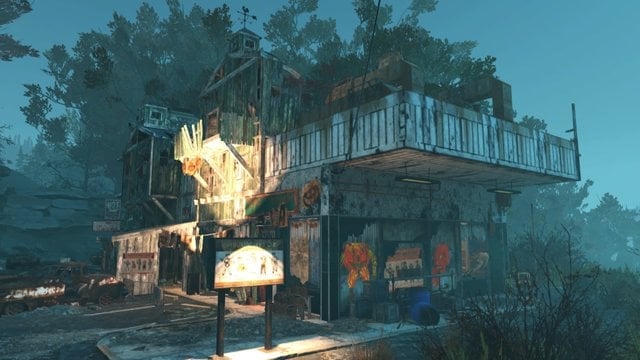 This location contains a note that leads you to the Daily Quest Queen of the Hunt, which can be accepted at the Hunter’s Shack.

Have you skipped through the last part because you’ve already found the key when you got the Alien Blaster? If so, the key can be used on the Rusted Door on the roof of Freddy Fear’s House of Scares. Head to the very north-east corner of the map, in the Mire region. You’ll find Freddy Fear’s House of Scares north-east of Vault 94 and north-west of Abbie’s Bunker, just east of the Route 66 icon on the map. Kill the enemies outside – we’ve had Ghouls, Scorched and Super Mutants all inhabit the place – then go round the back and climb the stairs to the roof. Use the key on the red door then head inside.

There’s not much here which is somewhat disappointing. You can find some decent junk with rare components, but the only real thing of note is a holotape on the floor called “Stolen Terminal Passcode.” The only problem is that once you pick it up, it’s not visible in your list of holotapes and we have no idea where the holotape is used. After scouring the internet, it seems like nobody else does either. If we find out, we’ll be sure to make a new guide and update this one with the information.

If you’ve already found Freddy Fear’s House of Scares and you’re looking for the Rusted Key to open the Rusted Door, let us help. Head to the Toxic Valley region of the map, then look for Graninger Farm, north-west of Clarksburg Shooting Gallery. Walk east and look for a destroyed house with a sizeable toxic water pool. Jump in the water and find a broken safe in the middle. You’ll find the Rusted Key inside, along with the Alien Blaster – an incredibly rare and unique weapon. 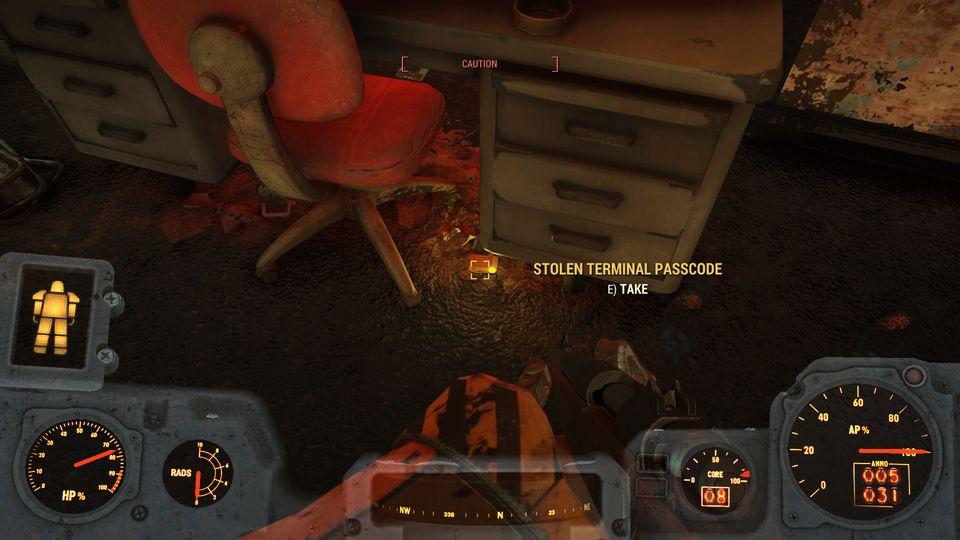 Freddy Fear’s House of Scares is a small location made up of a single building. Scorched enemies usually guard both the outside and inside. You can find a variety of loot on the premises, including a large trunk in the kitchen and a level 3 safe behind the front desk.

You can also use the fire escape on the side of the building to access the rooftop, where you can find more loot as well as a locked door that requires a Rusty Key.