Even with all eight nuclear launch code fragments, you’ll still be denied access to the elevator down to the silo. Only high ranking military generals have the clearance for such a feat – but there is one faction in Appalachia with the connections to get you that rank.

You’ll need to join the shadowy organization known as The Enclave to do this – starting with a trip to a secret bunker in The Mire housed in the Abandoned Waste Dump, and guarded by two level 20 Deathclaws. Solve the puzzles within and you’ll get access to the Enclave’s HQ – but further tests will be required to prove your worth. 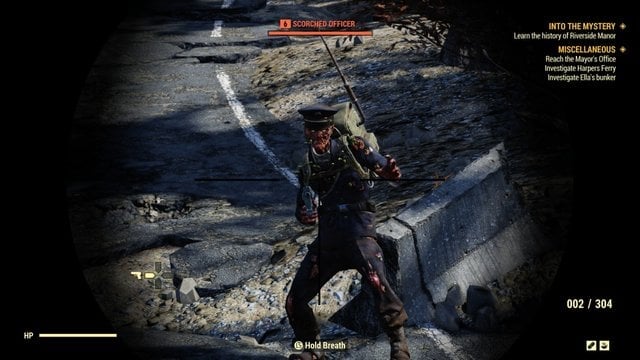 After you officially join the faction, you’ll be told that the Enclave has limited access to the military commendation system. Once you enlist in the military (which you can do by taking a basic training course at Camp McClintock), you’ll be able to increase your standing by performing tasks for the Enclave until you become a General – and gain access to Silos Alpha, Bravo, and Charlie. You can also grab a Nuclear Launch Keycard from the restricted military wing in the Enclave.

Alpha, Bravo, or Charlie. Each one’s accessed via an unguarded elevator you’ll be able to activate simply by being a general, but once you get underground the real work begins. You’ll have to fight through multiple areas full of robots and laser turrets, completing objectives to open laser grids in each space. Stock up on food, water, and Radaway as well as ammo and fusion cores, because you’ll be down here for a while. It’s worth bringing a couple of hand-to-hand weapons as well for when you run out of bullets. The number of robots is increased the more friends you bring, so rocking up with a posse won’t make it any easier.

One thing that will help is having the hacking skill at level 3. Each area has a terminal that controls the local turrets, and turning off their targeting parameters so they attack the respawning assaultrons and protectrons you’ll be up against is a big help.

Among the objectives you’ll have down here is to repair a bunch of pipes with a two-minute time limit and they won’t be marked on the HUD. Listen for the hissing sound they make and follow the jets of steam to find them. After that you’ll need to smash up some mainframe cores, which are the things with the red lights pictured below. 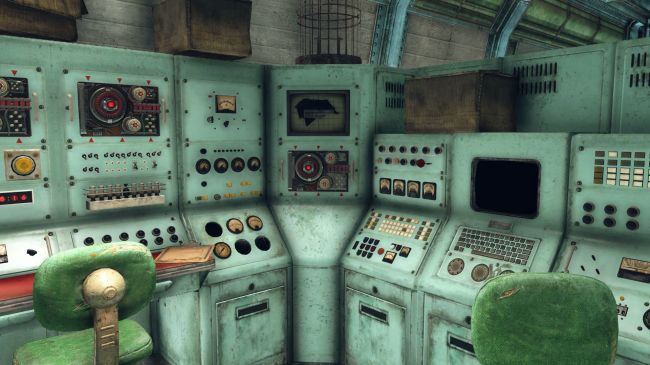 Frustratingly the next objective you’ll have is to replace 15 of those mainframe cores to open the final door. Some replacements can be found lying on shelves but you can also craft replacements with damaged cores, circuitry, and steel at a nearby tinker bench. Be warned there’s a bug that can make them vanish out of your inventory between there and plugging them into the terminal that opens the doors, however. It seems more likely to trigger if you’re carrying over three at a time.

Next you’ll need to initiate launch prep which means protecting the robots operating the machinery from more robots trying to destroy them. If you weren’t sick of laser turrets before now, you sure will be. Use your nuclear keycard in the receptacle (it’ll be used-up in doing so as it’s a one-time item), type in the decrypted launch code, and it’ll all be over.

Finally, you can choose who to drop a bomb on and scavenge some sweet irradiated loot. By this point you’ll have been playing for long enough to have made enemies with someone worth nuking to hell and back. Like that one guy who keeps jumping in circles around the crafting station in his underpants while you’re trying to turn junk into scrap.