All actions in Fallout 76 happen in real time. For this reason, many elements of the game had to be rebuilt. This is no different in the case of the Vault-Tec Assisted Targeting System. How does Vats work in Fallout 76? We will answer this question in the following section. 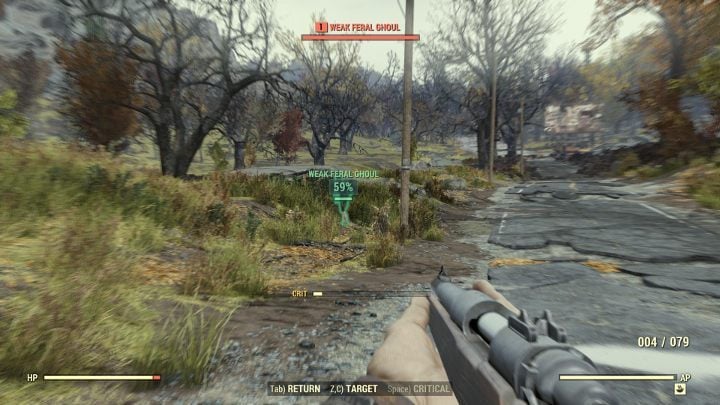 Activating VATS in Fallout 76 does not slow down time, but only changes the way nearby enemies are attacked. The Target disappears, and instead of manual targeting, you get a percentage chance to hit – you don’t have to aim for yourself, because the shots are automatically directed towards your opponent.

Successful attacks in Vats increase the critical damage indicators. If the indicator is completely filled, you can take advantage of an enhanced attack, dealing more damage. The speed at which the critical hit rate is filled is affected by the Luck attribute. Of course, using VATS requires Action Points, so you cannot use it constantly.

The V.A.T.S. can be improved by using a perk called Concentrated Fire. It allows you to decide which part of your opponent’s body you want to attack. This way, you can damage a selected part of the body and make the enemy weaker.