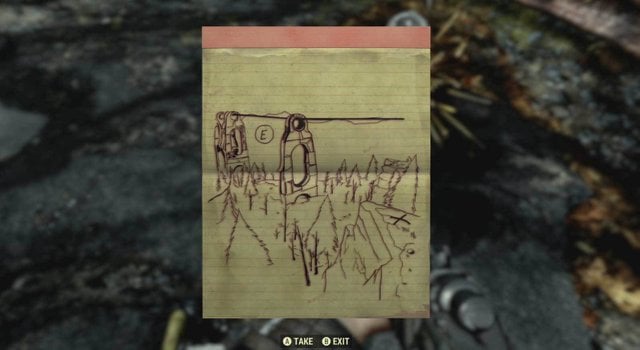 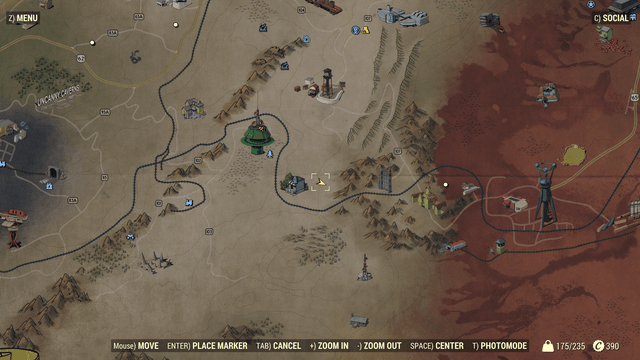 The part of the monorail in question actually depicts the Monorail Elevator, which is just past the Spruce Knob terminal and Spruce Knob Campgrounds in the lower Savage Divide. 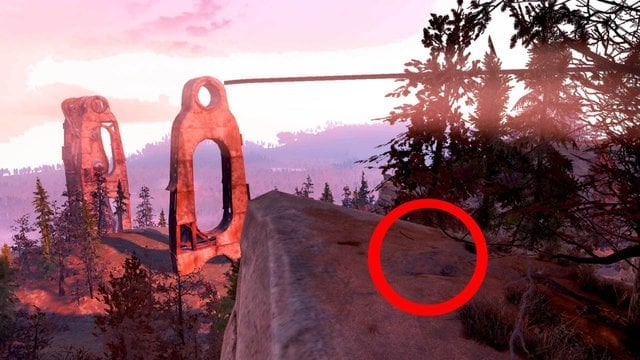 Head East from the South Mountain Lookout until you come to the edge of the cliffs looking down the Monorail Elevator, and you’ll also be able to see a large blast site to the left. The actual location is a bit tricky, since it’s down on a jagged triangle-shaped platform farther down the cliff – so use Power Armor to drop safely down until you find a platform with a few trees and a mound of dirt where the treasure is