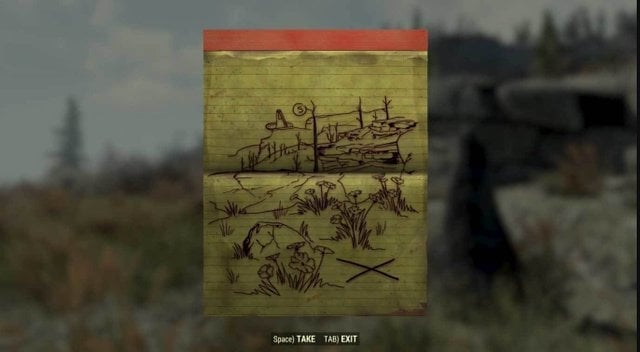 Savage Divide Treasure Map 9 shows a small area with four Carrot Flowers near a rock, with a few bare trees off in the distance to the South where a large satellite dish can be seen on the tip of a ride. 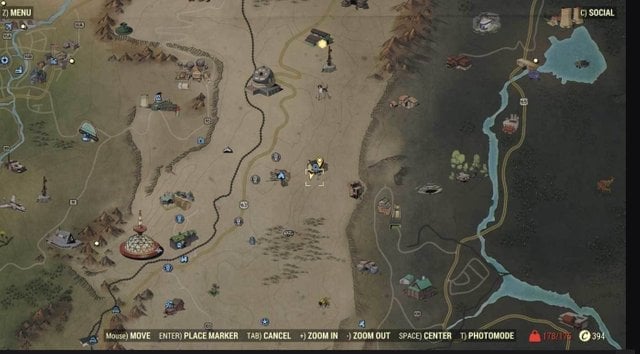 The treasure’s location is pretty deceptive going from the clues on the paper – it’s further north from the National Isolated Radio Array than the image depicts, and is in fact just to the south of the Autumn Acre Cabin in the middle of the Savage Divide. 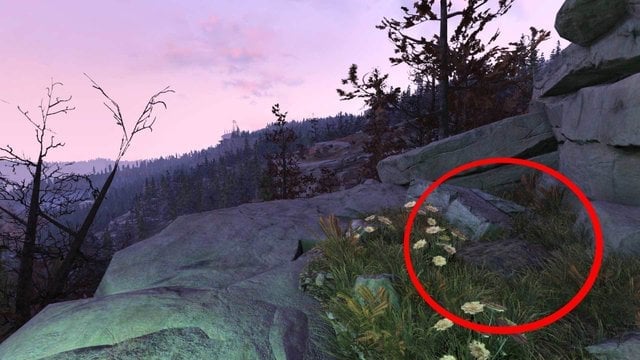 From the cabin, head south along the ridge and keep looking down at the rocks below until you spy a small outcropping of a platform halfway down the cliff. This platforms features the carrot flowers and a rock, and against the cliff on the right (which can’t be seen in the drawing) is where the mound with the treasure lies.