Speak With MODUS in the Bunker Military Wing Walkthrough 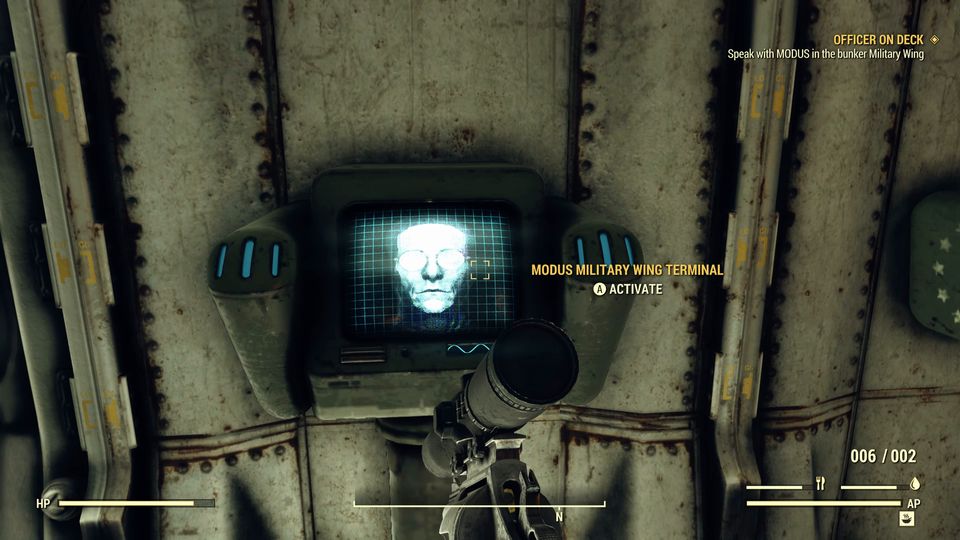 Return to the Whitespring Bunker and follow the signs within the Enclave HQ to the Military Wing.

Interact with the MODUS military wing terminal and he will congratulate you on managing to join the military and giving the Enclave a backdoor into the military commendation system. Modus than says he would love to give you the commendations needed to earn the rank of General and gain access to the 3 nuclear silos in Appalachia….but you will have to earn them first.

Once MODUS finishes speaking with you, head to the west end of the large command room in the Military wing to register with the promotion System. Once registered you will need to earn ten(10) Commendations to reach the level of General. The ways to earn commendations are:

When you do enough activities to earn you 10 commendations, you will hear a broadcast come through your radio congratulating you on earning enough commendations to be promoted to the rank of General. MODUS will begin a transmission with you, instructing you to return to the Whitespring Bunker for your next important task.

Once he finishes speaking, Office on Deck will be completed and the Quest I am Become Death will begin.