Ravenport Map What is it?

The North American map is called Ravenport. This is probably a fictitious place, because I can’t find one single reference to a real life Ravenport anywhere. The closest I can think of is Davenport, Iowa. Maybe the NA map is inspired by the Iowa landscape. That could make sense. Farms make up over 90 % of Iowa’s land. 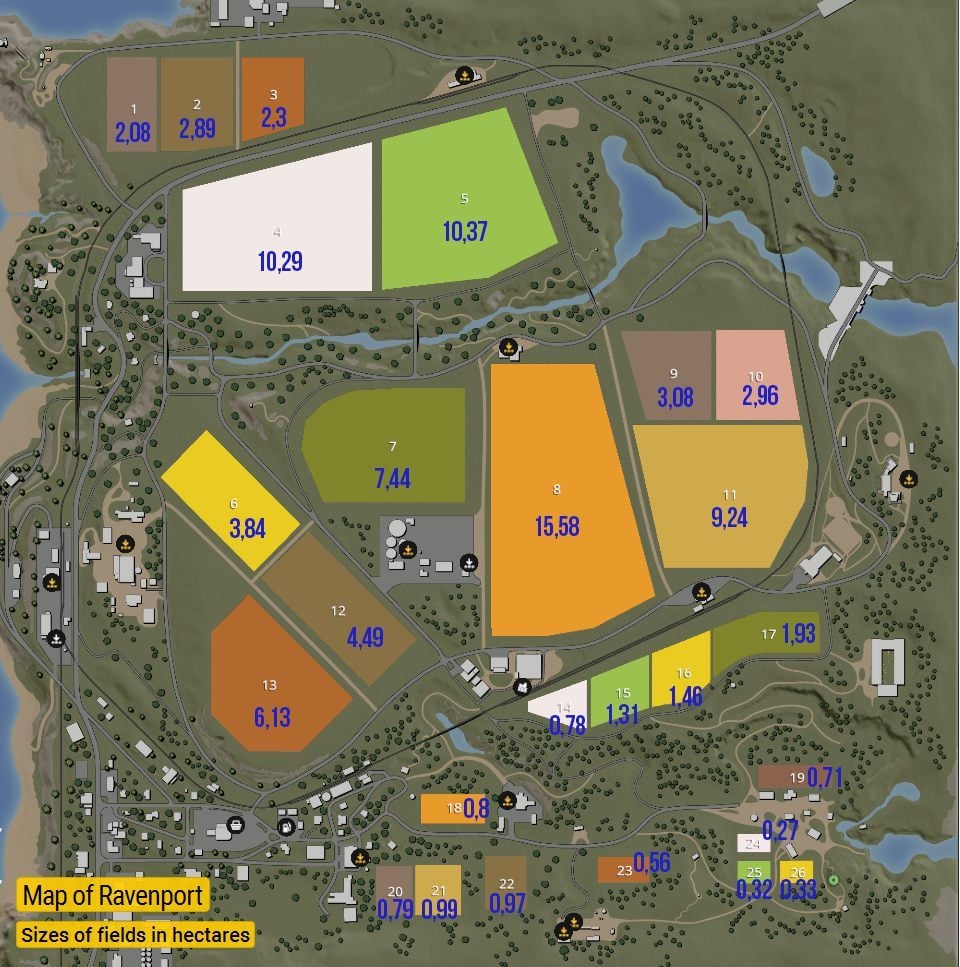 The map above shows the size of fields that you can purchase in Ravenport. The features of Ravenport are:

Nav meshes (the animal areas) are buyable and placeable in different sizes. These sizes put a limit on how many animals you can have. Want more animals? Then you’ll have to pay up to expand the animal areas.

How much of the crop that gets destroyed when you drive over it, depends on your selection of wheels. When you are using wider tires, the crop losses are significant.

However, if you equip your vehicle with a set of narrow wheels, you won’t lose crops at all.

Lime is being introduced to the base game.
You won’t be losing money on stuff like seeds and fertilizer anymore. Got leftovers in the tanks after planting or fertilizing? Now you can just empty your tank and store the leftovers until the next run.
The crops will affect soil compaction. How much varies from on crop type to another. This also determines how often you’ll have to plow (thanks Jeytav).
Those mysterious and invisible milk trucks that used to collect milk automatically by midnight in FS17, are gone. In FS19 you have to deliver the moo juice yourself.
Chickens are buyable again! (And sellable, of course.) 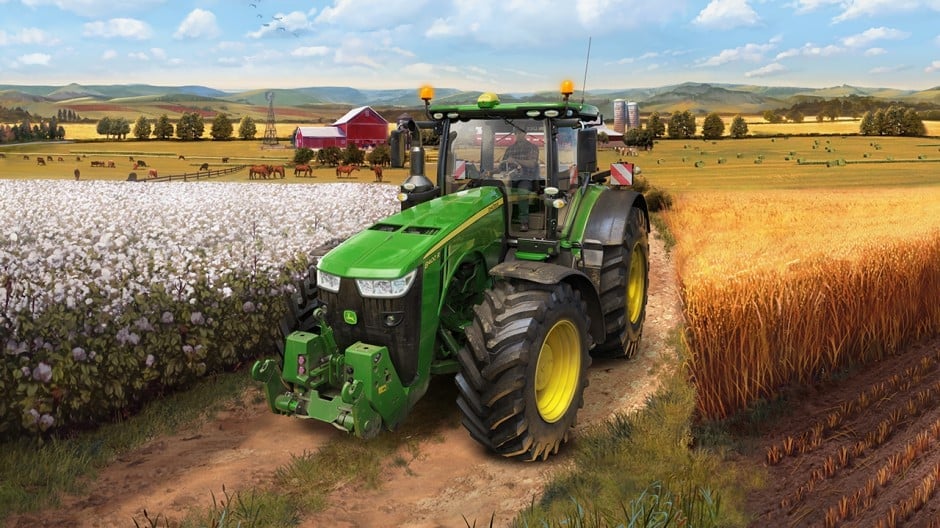