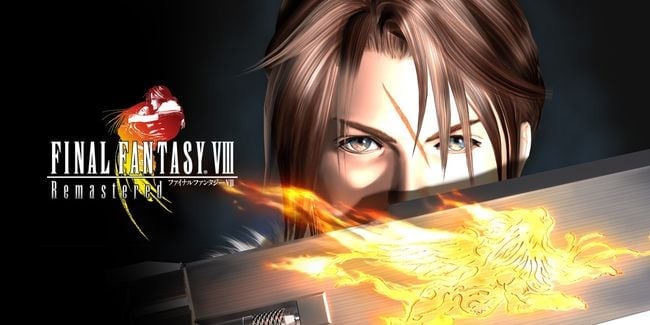 Your ff8 save file keep track of certain parameters. Achieving a perfect game is slightly different to a perfect save file when all minor unrepeatable actions are also recorded. This is still in progress, please message me about anything I have missed.

Generally, after major points in the storyline NPCs will speak different things. However, these are repeatable. The below are a (probably incomplete) list of unique events which can only trigger once, because it is recorded in your save file.

General Requirements for perfect game and save file:

1. No KOs to characters / GFs
2. One forced escape.
3. All enemies scanned (except UFO random encounter and one boss from Ultimecia’s castle).
4. All missable items /GFs obtained. All Information – Tutorial Entries. Possible actions resulting in negative consequences (talking in SeeD tests, leaving B-Garden at night, etc) are up to you.

B-Garden – Showing Selphie, later visiting her in quad and agreeing to join in Garden Festival Committee.
B-Garden – Dialogue with Seifer / Raijin / Fujin at start, ending with them chasing after Zell for speeding.
B-Garden – Cafeteria Students (and all their quest events.) (talking to the three cafeteria students at all points in the game lead to them graduating, otherwise they leave the garden)
B-Garden – Girl with Pigtail (and her quest events, specifically Zell’s love quest with the reward being Combat King III and a copy of a spell depending on Zell’s favourite food / colour choices)
B-Garden – Cafeteria Lady (and her son quest, no rewards just reunites her son in FH with her)
B-Garden – Instructor Aki incidents (Showing gunblade and magic). Whichever choice you make (not showing for perfect game) I do not believe it is repeatable so I guess the game flags this. Of course you will lose SeeD rank, but conversation is unique but SeeD rank can easily be increased.)
B-Garden – Leaving garden at night. Number of times is recorded, after 3 attempts you lose a SeeD rank, and after this it is repeatable.

Balamb Town – Girl with dog at very start of game. She complains about her sister but not repeatable after very start of the game.
Balamb Town – Mechanic. If you talk to him with Zell in your party he gives some information on Zell which is not repeatable. (Two events – once after Dollet, once before going to Timber)
Balamb Town – Big Bad Rascal quest (all events, I think there are 4 events leading up to Spd up, and 3 events to get out of Balamb during occupation)
Balamb Town – There are unique conversations talking to NPCs in your SeeD uniform before exam, but this deducts from your conduct and does not flag anything up in the save file.

Timber – Defeating two Elite Soldiers threatening Timber soldiers. This allows you to walk out of town instead of taking train later. (and miss the whole train scene)
Timber – Looking out of window in resistance member’s house. The child gets his bottom smacked which is not repeatable. (incidentally he complains about the cat eating their food and sleeping on their bed, and getting fatter later in the game. Typical cat)
Timber – Owls Tears house. If you get the money from the cupboard game flags this and you are no longer able to heal at the tap. Drinking from the tap itself seems repeatable and not flagged, though it does “run out” you can leave and redo this.
Timber – (on a return trip to timber) You can save the girl from the train, and subsequently appearing on the news and getting a free stay in the hotel.
Timber – talk to journalist, encourage him for pet nametag later.

Dollet – Revisiting Communication Tower. Your path gets blocked by Black Widows if you try to force your way through, and remains blocked thereafter.
Dollet – Queen of Cards quest, her son’s bone quest. Rewards better on Disc 3.
Dollet – Girl and her boyfriend. They are meeting at the wrong place. If you talk to both later they are both outside pub. Not sure if this is because of you or not.
Deling City – Buying location displayer from Guard outside Caraway mansion, as well as hints. Location displayer is key for perfect save game.
Deling City – Sewers – examining ladders to create shortcuts.

D-District – Card players – One GF report – one HP up – one Luck up all obtainable only once, as well as all treasure in rooms.
D-District – Talking to Moombas to create shortcuts on three floors (as well as items from talking to them).
D-District – Splitting party – Recommend taking Rinoa and Zell back to Balamb for extra scene / better item.

Missile Base – Different choices lead to different scenes, but talking your way out recommended for better SeeD rank.

B-Garden – Revolt – Defeating all monsters (incl at entrance), getting all treasure (incl guy at front gate)
B-Garden – Revolt – talking to Nida in infirmary corridor (non repeatable dialogue)
B-Garden – Emergency Exit. Talk to boy examining Emergency Exit, and Xu will come.
B-Garden – Rinoa date (tour) – Show Rinoa all sections of Balamb both ways before going to directory. This also includes talking to Ellone in library when you take Rinoa there. (you need to go down one side, then back up and around)

Centra Ruins – You can use glitch to scan (and mug and draw) Odin if you dont intend to get him as GF. In any case the save file marks your process and you dont need to re-do the code to enter Odin’s chambers. (The glitch is to use killing blow after AFTER time goes to 0.00, i.e. start Zell duel animation at 0.04. You sometimes then get ejected from Centra ruins but with battle loot (drawn spells and mug))

Shumi Village – Shumi Village quest. (Laguna statue, Artisan and Grease Monkey). The Timber Maniacs probably should be read later. If you read it now Ward will be missing, but he should be there.
Winhill – Vase Quest with Quistis / Irvine, Crossing Chicobo items.

Trabia, Battle of Gardens – All dialogue and events seem repeatable here (except for events leading to continuation of story), although soom dialogue is missable I don’t think anything will be flagged in your save file.
Trabia – Donation to fund repeatable only once.

Timber revisited – pet nametag. (it is possible to obtain this on disc 1 also)

There are not a lot of unique events other than the usual sidequests on discs 3 & 4.

Edea’s house – talking to Edea / Cid until they repeat dialogue. (for Tutorial information)

White SeeD ship – Get Timber Maniacs, should not give Zone the card. (Girl next door is mostly unique, Shiva card is not) Talk to Watts.

Esthar City – Two citizens meeting in middle of the city (you lead one to the other, gives some unique conversations)
Esthar City – Talking to soldiers to get Combat King 004, as well as missable items Occult Fan IV

Ultima weapon can be left alive for fixed encounters and Eden drawn from Tiamat.
Queen of Cards can be sent to a region of your choice. (Choice depends on several factors, there are more detailed guides out there)