Skip to content
Home > killer7 – Tips and Tricks
killer7 helpful information and tips you may have missed
Just a few simple tips and tricks that’ll help you in the long run. Hope they help!

The purpose of this guide is to tell you a few tips and tricks that are otherwise not really referenced or specifically stated in the game.

This guide will be regularly updated with things I can remember or otherwise told by fellow killer7 veterans/friends.

Screenshots will come soon for some clarity.

Differences in the “Deadly” difficulty

In Deadly mode, puzzles are have less hints in the puzzle solving itself. Information from Yoon-Hyun remains the same however.

There will be quite a few more enemies in certain rooms than you’d otherwise face on Normal difficulty.

There isn’t really much to say here. In all honesty I’d consider “Deadly” your normal mode and more of a challenge than Normal itself.

Spoilers below, this is not some spoiler-meme, beware:

[su_note]Killer8 mode is unlocked once you beat the game on any difficulty. Killer8 unlocks an entirely new personality which is young Harman Smith. Enemies are significantly more harder that will kill any personality except MASK De Smith and young Harman Smith in one hit. Critical spots are also invisible and the map “legend” is completely gone.[/su_note]

Getting the most out of your thick blood

Thick blood is used to upgrade the stats and abilities of all the personalities.

The best way to get the most blood out of enemies is of course by shooting their critical spots. However you can get a tiny bit more if you knock off a few limbs before you make that final blow.

You can mash the A button (or left click) at the blood pumping machine to make it go faster. Each level has a cap on the amount of blood you can turn into serum. Don’t worry though, there is plenty in each level.

These are some of the more unique Heaven Smiles and some methods on how to deal with them.

The Camellia Smiles never attack. They are absolutely terrified of you! You can recognize these by their white bodies covered in splotches of blood. Killing these will result in a large amount of thick blood (if my estimation is correct, 120 to be exact, though it may vary).

You may be stopping and waiting for that perfect moment to hit their weak spot. Perhaps with Kaede Smith or Dan Smith. However this is one of the few smiles you don’t need to hit the critical spot to get ALL the blood with. Mow em down with anybody who has enough upgrades in their power and you’ll have all the blood anyway. This method is less risky than trying to aim and miss their critical spots.

Micro Smiles do no damage to you, they will just blind you for a time making it difficult to deal with enemies.

There are actually two variants of Micro Smiles:
Black and Yellow, which will completely restore the health of all your personalities and awaken any that are sleeping, regardless of how many more Smiles you need to kill unlock them.

Red and Blue, which will give you quite a bit of thick blood.

Backside Smiles can be a pain in the butt (get it?). They’re the large floating ones that have blades for arms. The way you take them down is by shooting the blades enough for them to turn around so you can shoot their weak point.

The best personalities to do this with are either Kevin Smith or Con Smith. Kevin has an unlimited supply of ammo making it easy to get them to turn around, and Con can shoot the blades fast enough for them to expose their weak point if you’re in a tight spot.

If things are really dicey you can always use MASK De Smith, however doing so will grant you no blood unless you kill them with a level 2 charge attack.

Giant Smiles are HUGE! You don’t wanna mess with these. In all honesty the best way to deal with them is to outright avoid them or let them explode. They have a weak point in their eye, but it blinks a lot and is hard to hit. It becomes unreachable once they are in a certain range for you.

Deal with these guys by letting em drop and running to a safe distance, or just sneak past them with Kevin Smith. 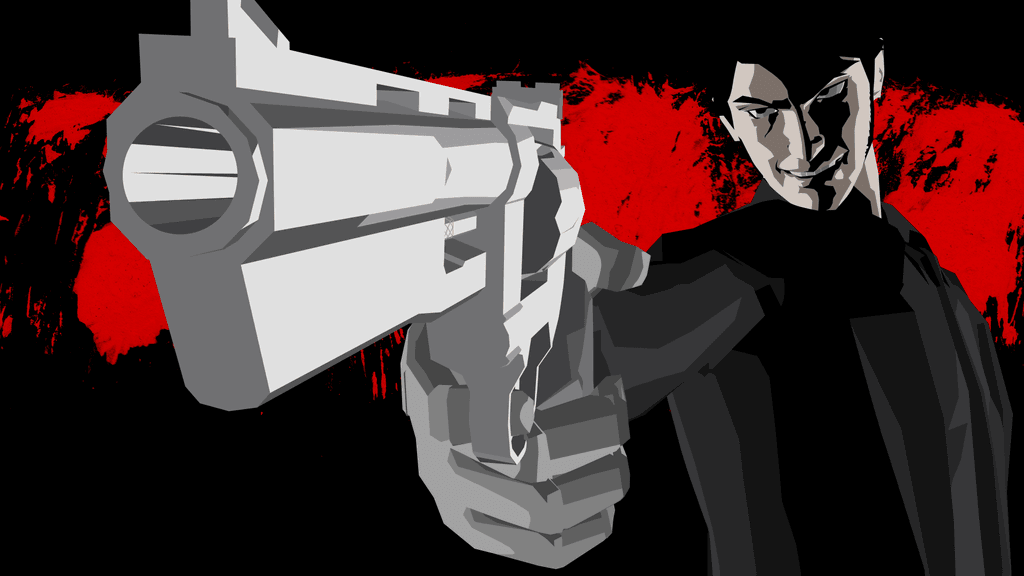