When Sora touches down in this world, everyone has a different look. He will be a little lion cub, Donald is a flying bird, and Goofy is a turtle. The evil hyenas unfortunately are the welcoming committee. They all seem ready to make a meal of Sora and the gang when they are called by Scar. Now you will have time to run around and get used to the new controls.

Head to the elephant grave yard. There you’ll find Nala who needs saving from some heartless. Kick their butts and talk to Nala. From here, there’s nothing to do but head across the savannah to Pride Rock. Scar has taken over the kingdom, and the team must flee to Wildbeast Valley. 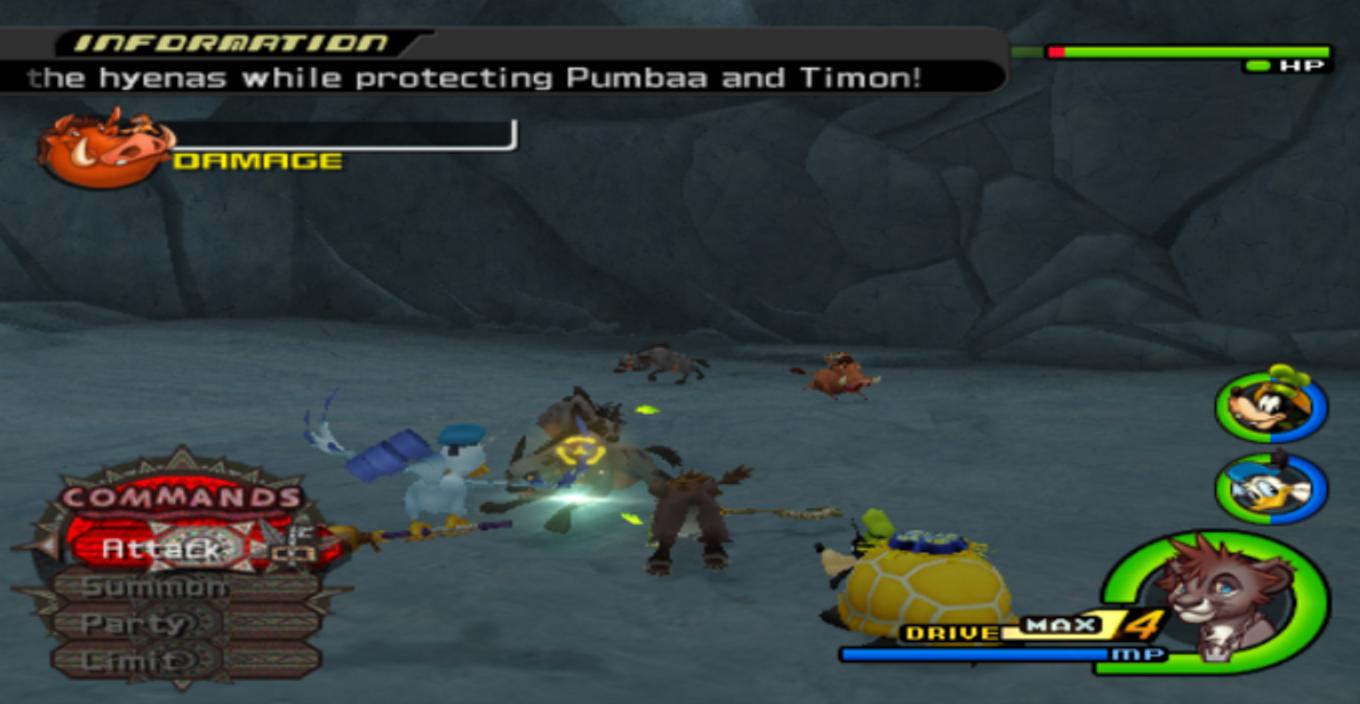 Sora will get a hold of the Dash ability, which makes running around in the little cub form even more fun than before. Keep exploring until you find the Jungle. The team will then run into Simba and explain everything that has been going on. When you speak to him again at the Oasis, Sora will receive the Circle of Life Keyblade which is pretty powerful. Now will be the time to head back to Pride Rock with Simba, and help him oust Scar. 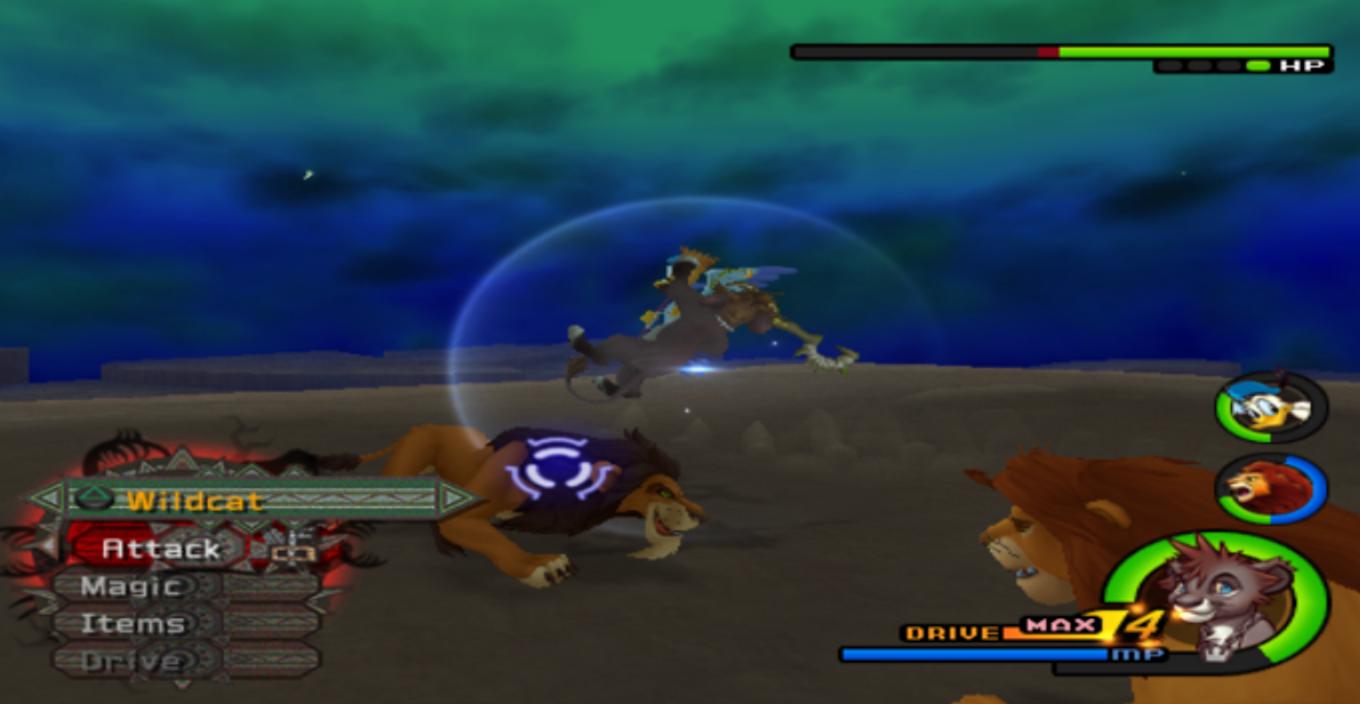 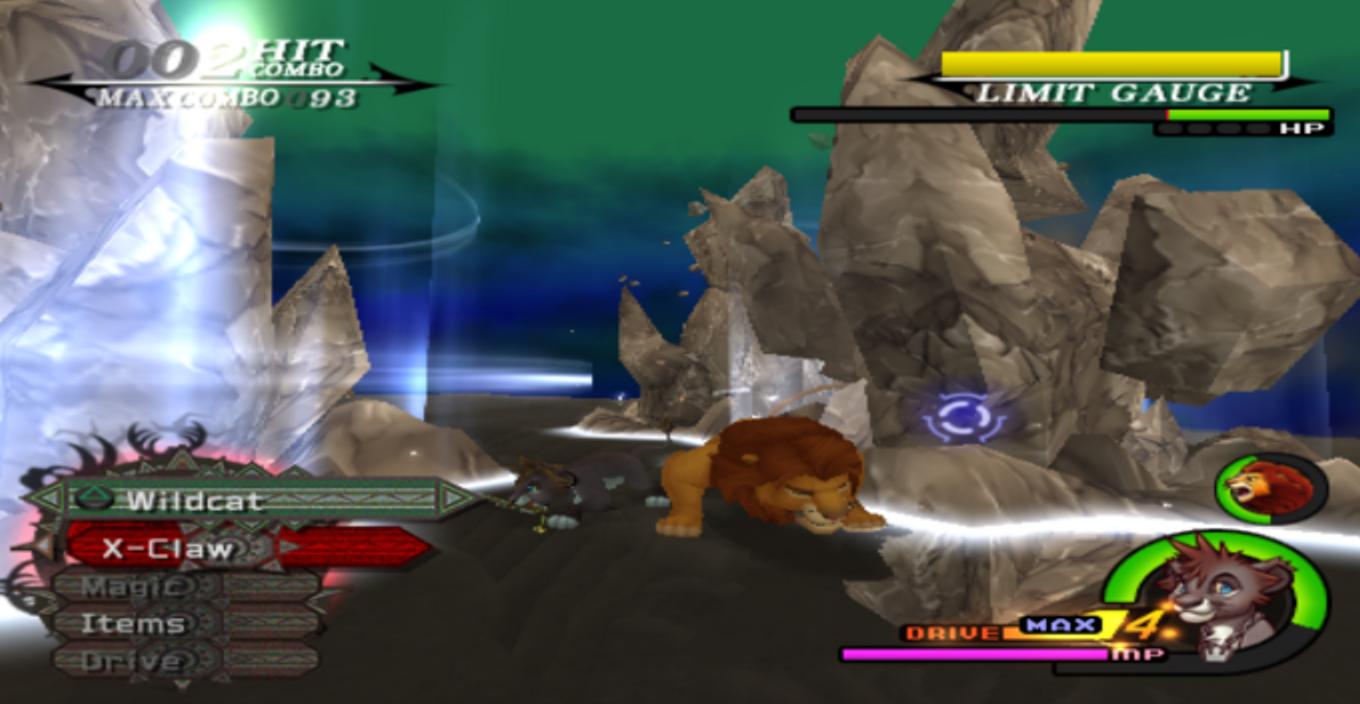 When you arrive, you’ll fight the hyenas. Your only goal is to keep them away from Timon and Pumba. You have to keep calling them over like you did Minnie at the Disney castle. The best approach will be to keep Timon and Pumba close and fight off the hyenas whenever they come in close. 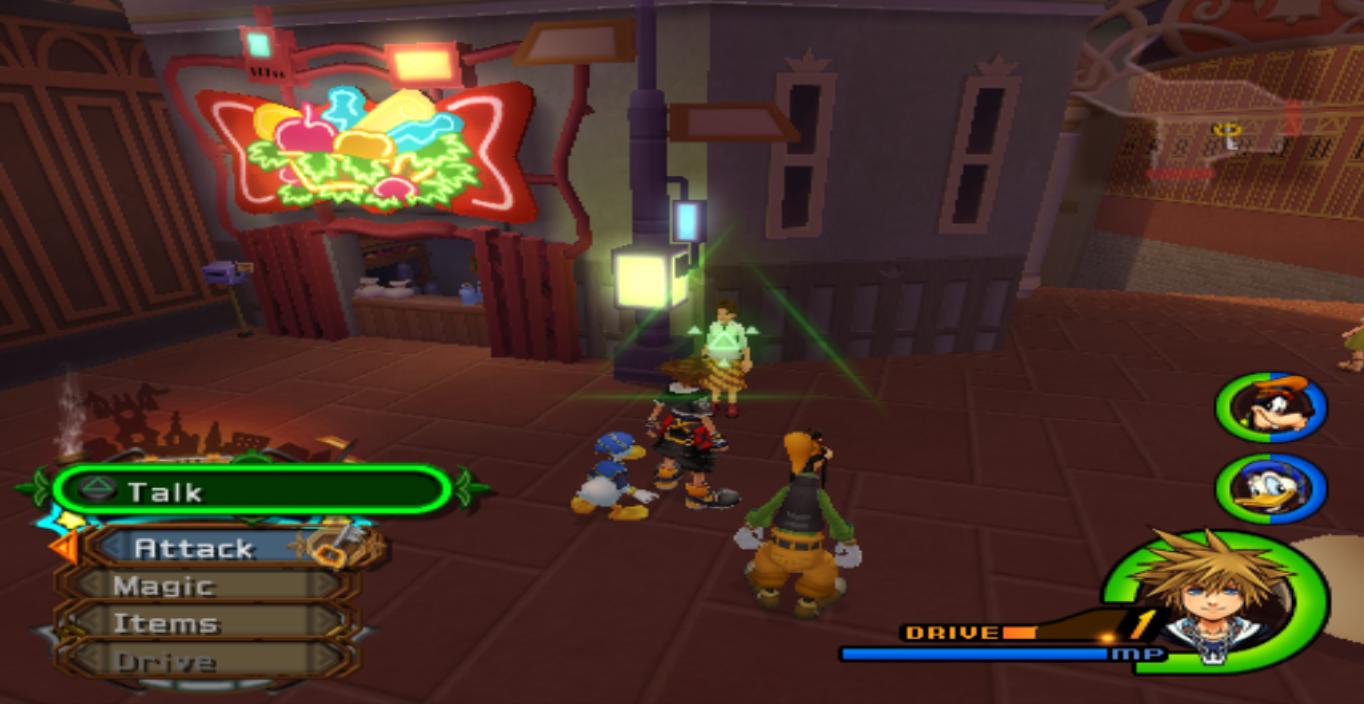 After saving Timon and Pumba, proceed up the pathway in the back of the cave to the very top. There you will find Scar, ready and willing to stir up a fight. He’s not hard at all. As long as you remember to use Simba’s limit attack as frequently as it pops-up, your opponent should fall in no time. This part of the game can actually be done much earlier, which would be as soon as you clear either Agrabah or Halloween Town for the first time. 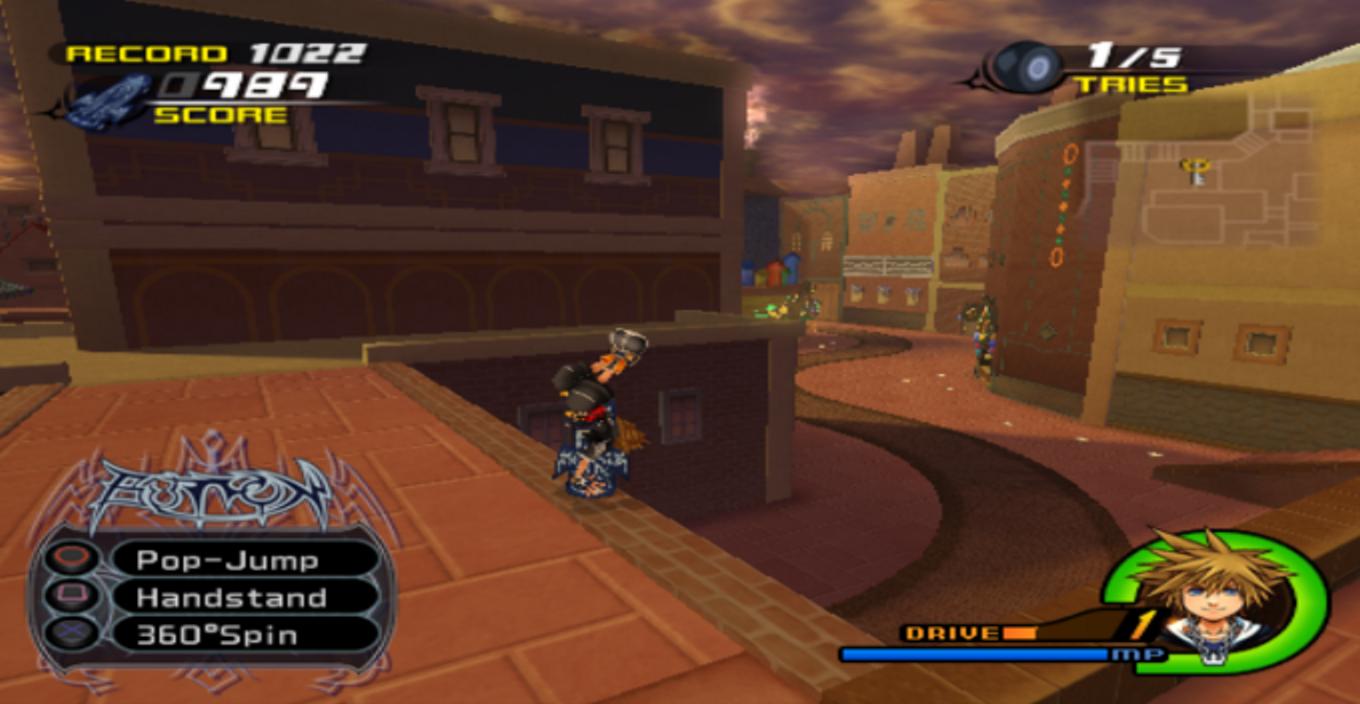 It’s time to pay another visit to Roxas’ old stomping grounds and see how things are going. After stopping to speak with his friends, and find out about Kairi (whaaaat), it’s not too long before Vivi comes running, looking for help. Turns out, Seifer is in trouble and Sora and the crew have to make it to the Sandlot to help out. The Nobodies here are kind of big, but don’t let that scare you. TRAINGLE BUTTON attacks will work best against these things. The biggest fools will go down easy if you use them right. 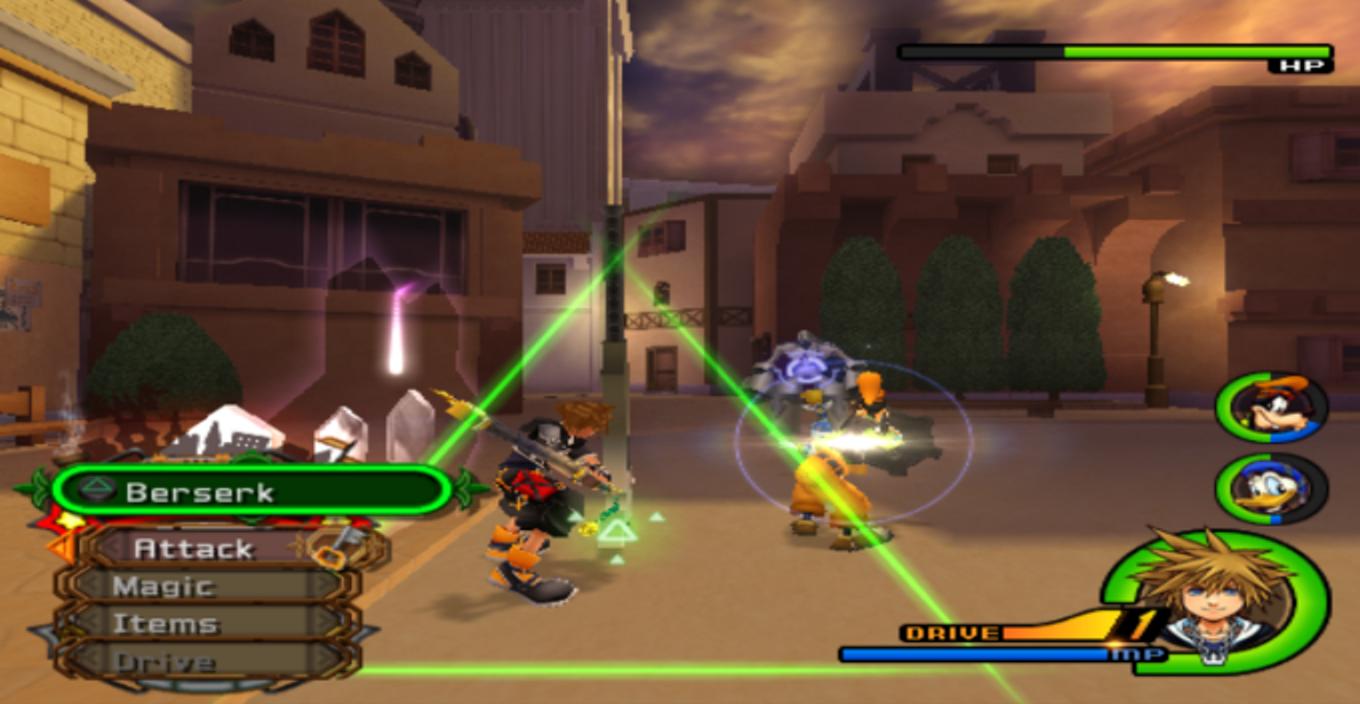 Suddenly, an Organization member shows up. He chirps out soon enough, and you get some one-on-one time with Seifer. Instead of chastising you, Seifer declares you the strongest in town and gives you a trophy. Pence takes you to Station Plaza to see Kairi, but of course, she isn’t there. Head to Hollow Bastion. Looks like they have new troubles to play with.