The survivors and killers of Last Year: The Nightmare.

Amber is East Side High’s breakout star and she knows it. Her grades are as winning as her million-dollar smile and her social engineering skills and acerbic wit have kept her at the top of the food chain since freshman year. She’s smart, savvy, and can move from bubbly to cutting in a flash. Amber is not about to let a few serial murderers get in the way of her college applications, so when she enters the Nightmare, it’s with a ferocity and a drive that is a surprise to the group, and perhaps to her. 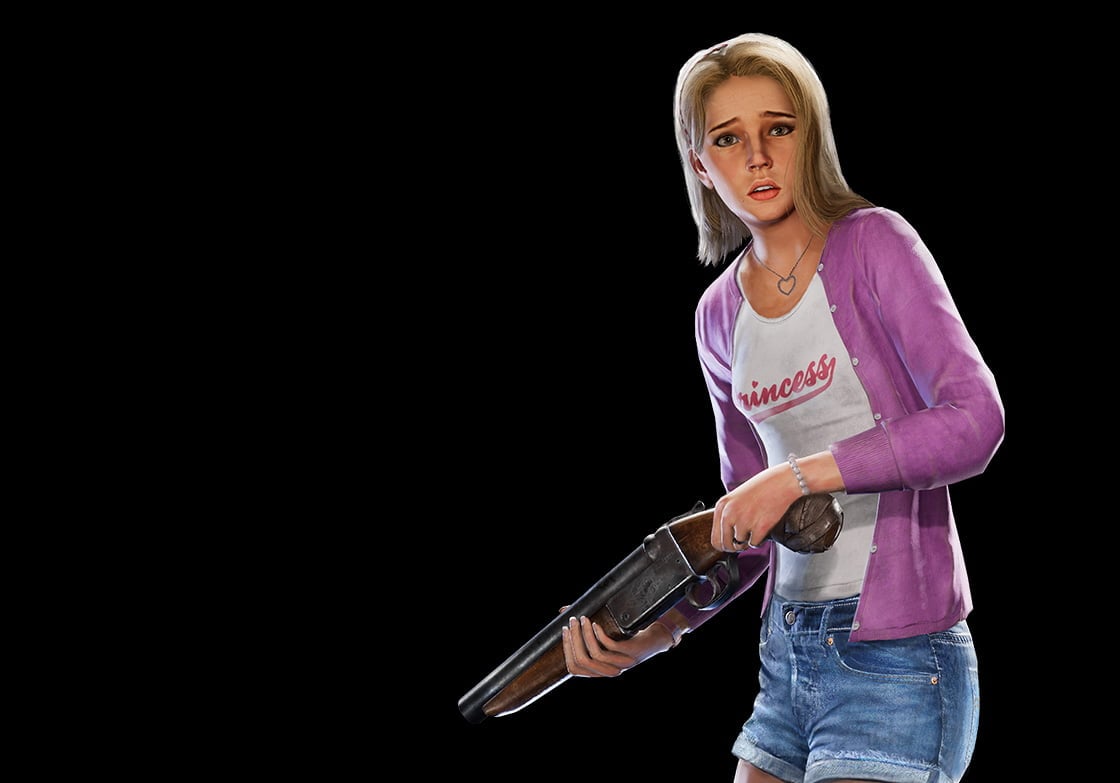 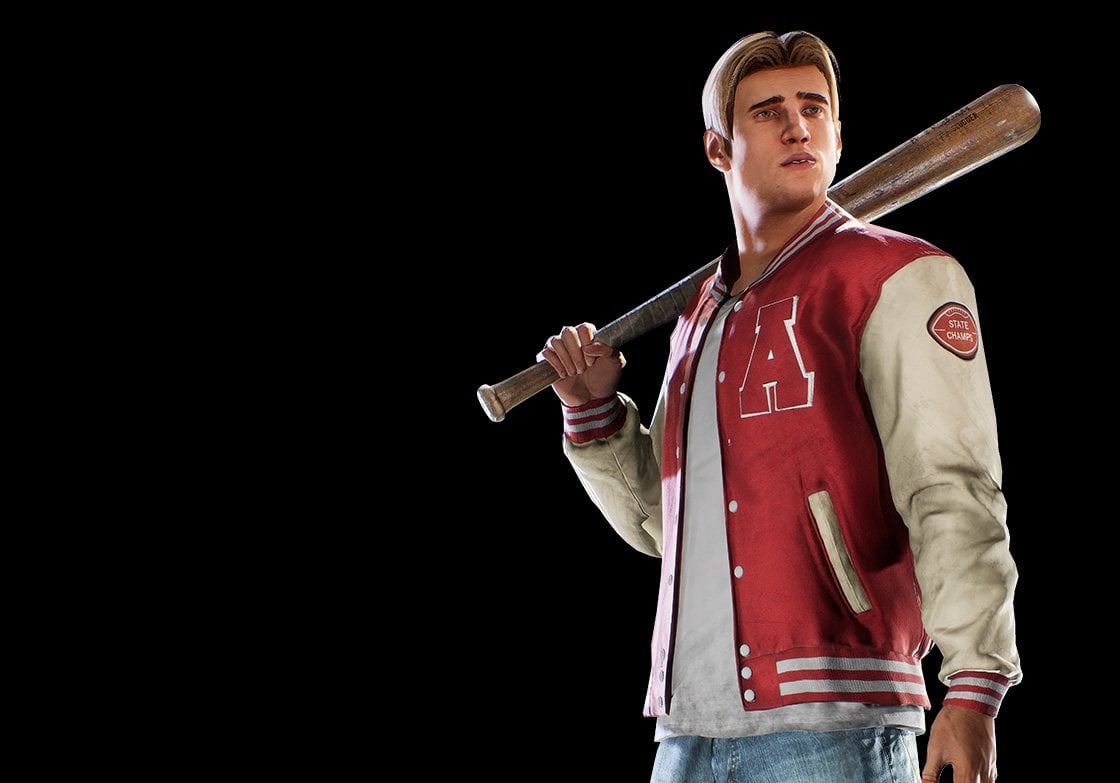 Chad is the quintessential popular kid, a jock whose good looks and success on the football field excuse his academic delinquency. Though he might seem like the type, he’s far from a bully, always sure to stand up for his team and lend his considerable strength to the cause, of kicking ass. Loud, confident and occasionally overbearing, Chad doesn’t know what it feels like to lose. For him, the Nightmare is just another challenge.

Nick is a proud nerd, entirely comfortable with himself and his archetype. Though fashion-impaired and frequently the target of school bullies, Nick sees everything as “classic” high school, and manages to carry himself with confidence and an innate charm. Nick realizes that the Nightmare might be supernatural, but there’s a certain logic to it, a fascinating temporal loop that must surely possess some underlying science. This is his chance to “boldly go”, and as terrifying as the killers might be, he’s going to take it. 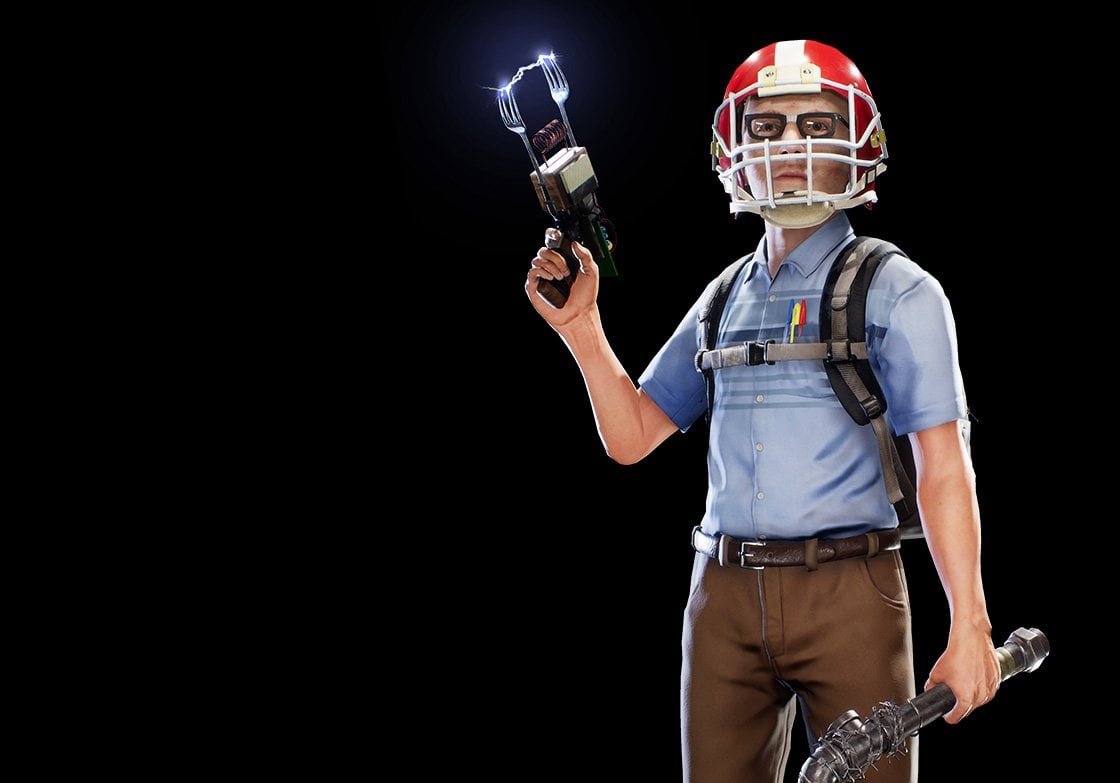 Sam can’t seem to catch a break. A meek and mild-mannered girl, her efforts to be cool (or even noticed) are constantly undone, and the reason she never gets bullied is the bullies don’t seem to know she exists. Sam strives to break free of her loserdom and become a cool kid at last… but for now it’s mostly online penpals, orthopaedic shoes and her pet bunny, Sprinkles. Sam’s arrival in the Nightmare feels like an inevitability: of course she’s going to be chased by crazed killers in an alternate dimension, just like she’ll be the one who gets caught in a lawn sprinkler on picture day. 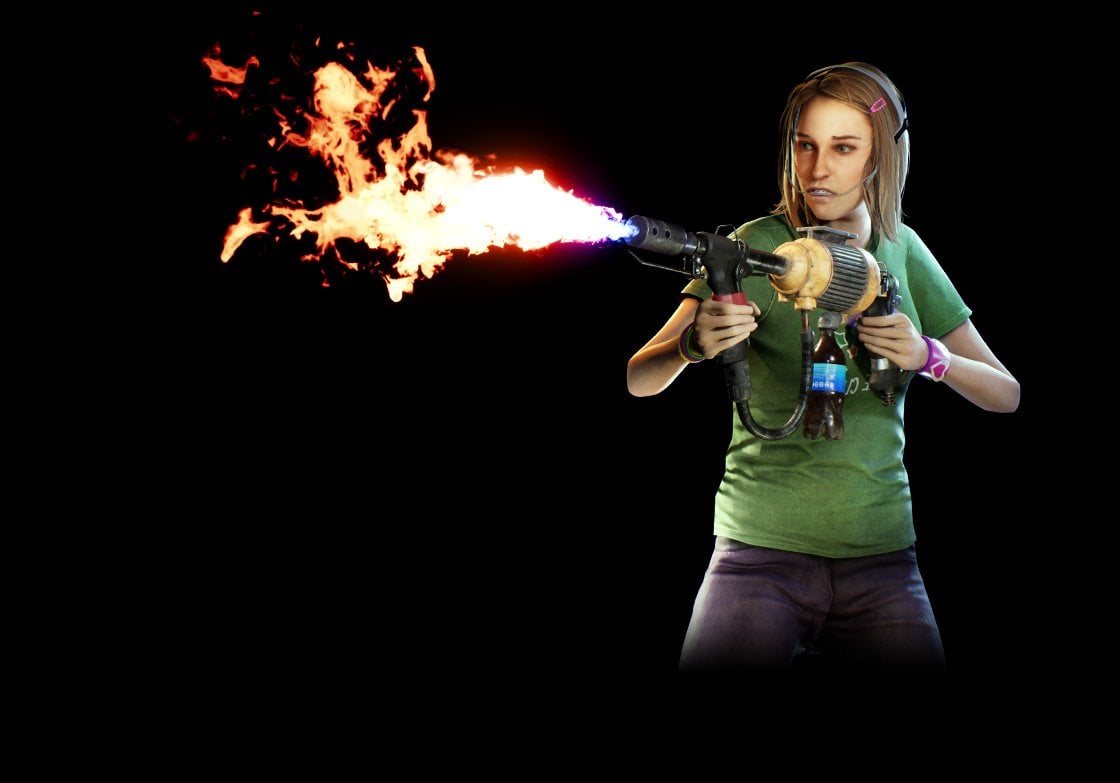 Troy’s family moved from New York City to Forest Hills when he was four years old. While he has little memory of his former home, he’s happy to take the cred it affords him in the sleepy suburbs. Charismatic and trustworthy, Troy’s used to having people to look up to him, but being the sharpest guy in the room can mean more responsibility than he’s happy to take on. Troy’s seen a lot of horror movies, so when he arrives in the Nightmare, he doesn’t love his odds. But in the midst of terror, it’s up to him to lead the team, devise escape strategies, and get everyone out alive. 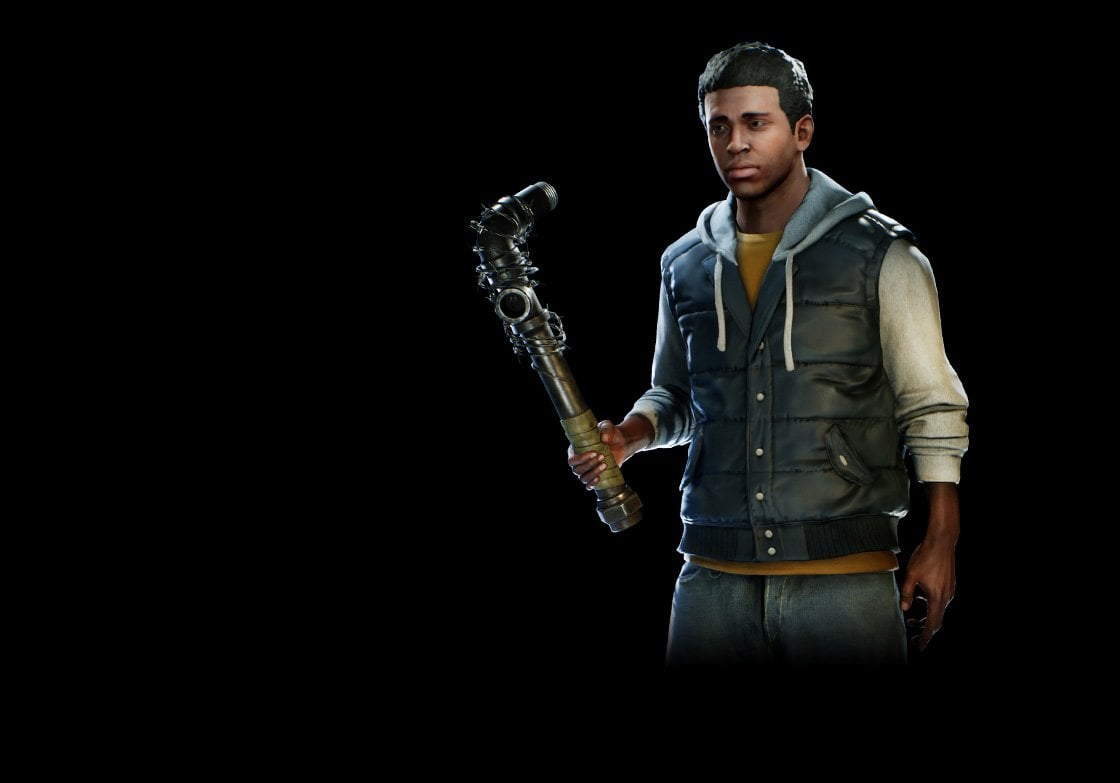 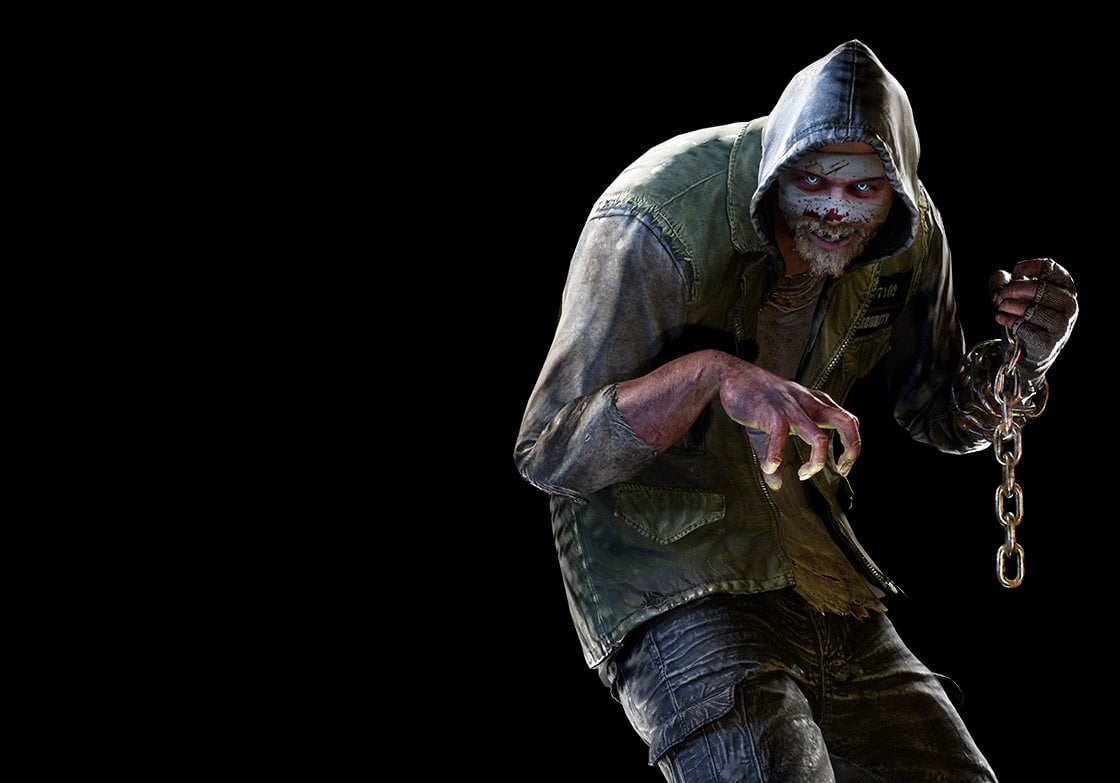 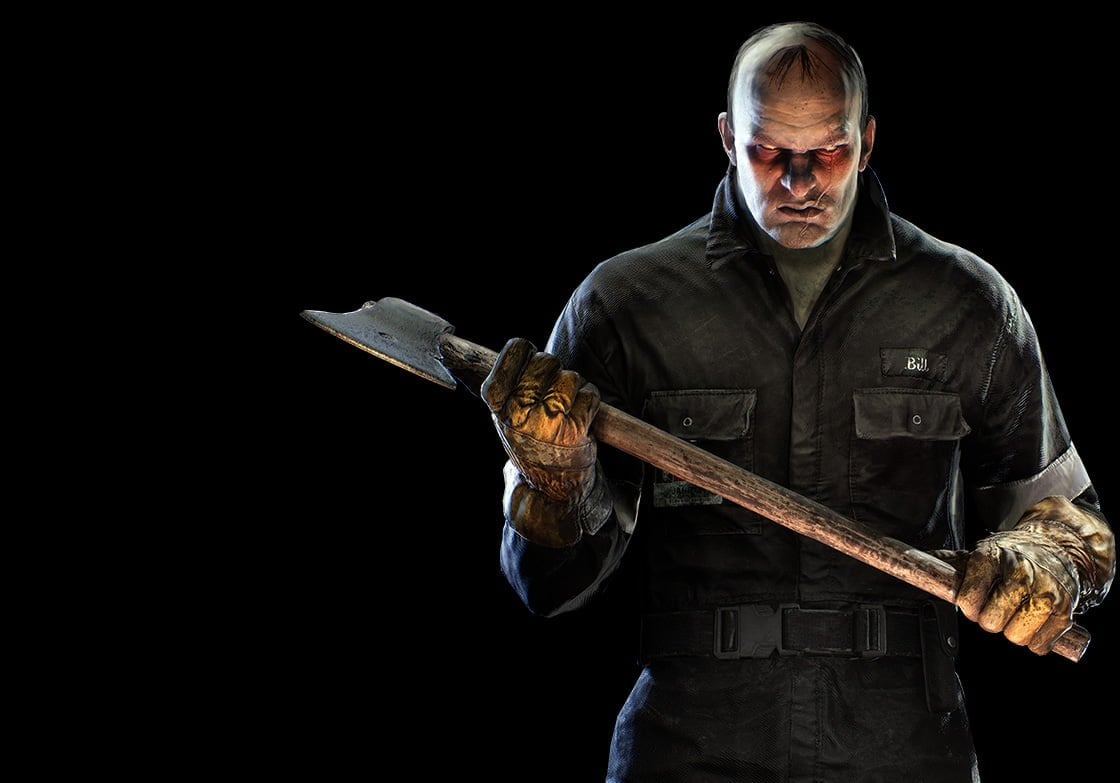 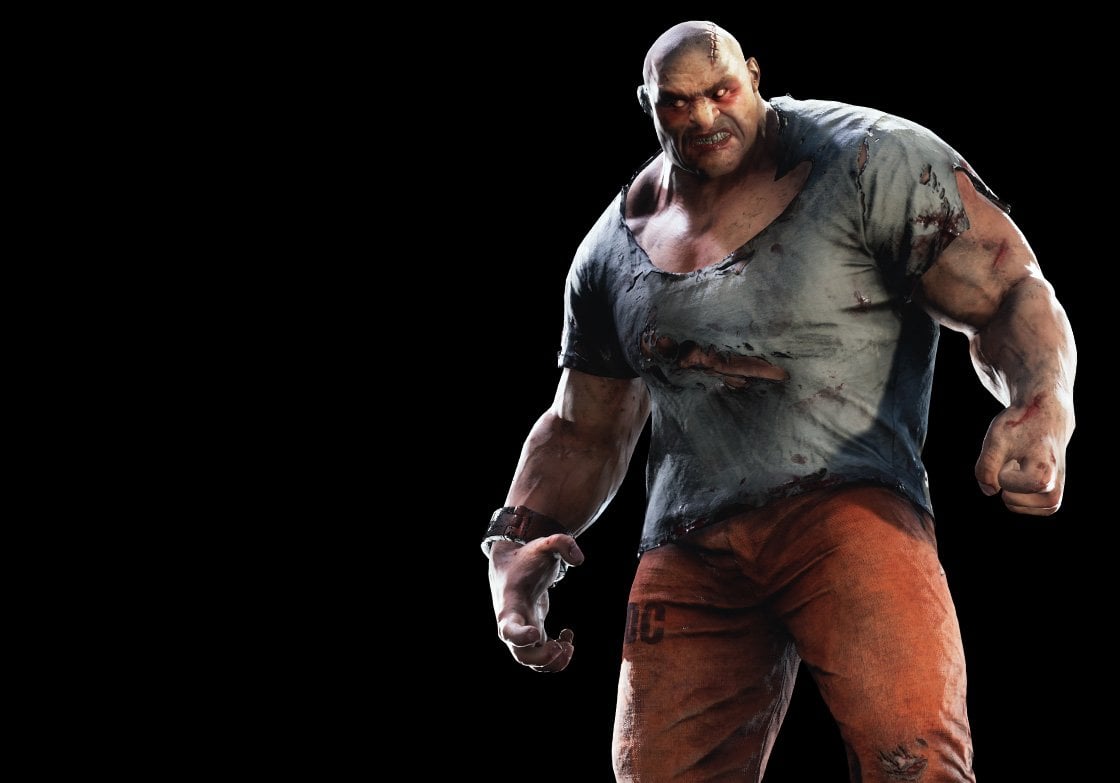 Bald of Evil
Barrier-Busting Blow: The Giant has the option to ambush by smashing through a wall, instantly killing the survivor unlucky enough to be in range.
Mighty Glacier: The toughest killer of the three – and also the slowest. However, his charging ability compensates for this slightly.
Punched Across the Room: Sort of. The Giant can grab a survivor and throw them quite a bit away, dealing a heavy amount of damage to them that, sometimes, can drop them to zero health with a punch immediately after leading to an easy kill.